Recent personal insults addressed to the EU Commission’s top official José Manuel Barroso and Ukraine’s President Victor Yanukovich demonstrate that the policy of personal isolation of Alyaksandr Lukashenka already has an effect on him, at least psychological. However, to... 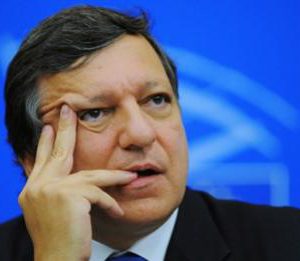 Recent personal insults addressed to the EU Commission’s top official José Manuel Barroso and Ukraine’s President Victor Yanukovich demonstrate that the policy of personal isolation of Alyaksandr Lukashenka already has an effect on him, at least psychological. However, to make this policy truly effective, it is important to be consistent in isolating Lukashenka personally while maintaining contacts with high-rank Belarusian bureaucrats not directly implicated in human rights abuses.

Earlier this week commenting on the fact that he was absent at the official commemoration ceremony of the 25th anniversary of the Chernobyl disaster in Ukraine, Alyaksandr Lukashenka burst out with a word assault on Barroso. He literally said as follows:

On the subject of bastards like Barroso and others – who is Barroso anyway? There was a Barroso in Portugal. But they kicked him out and put him to work in the European Commission. The last thing I want to know about European officials is who said this or that. There are thousands of them. They’re all crooks. So I don’t want to talk about any Barrosos or other bastards.

This situation needs to be put in context. On 19 April the Ukrainian capital hosted the Nuclear Safety Summit and Chernobyl Pledging Conference. Both Lukashenka and Barroso were initially on the organizers’ list of the invitees. But Barroso put out a condition for his participation: Lukashenka should not be there. And as a result, Lukashenka was absent at the summit.

sort of oral warfare has become a usual thing in the Belarusian politics. However, this time it is of interest not only for media. It also gives us certain ‘food for thought’ in the context of the EU’s Belarus policy.

It has been suggested before to personally isolate Lukashenka fallowing the 2010 falsified presidential elections and rapid deterioration of situation with human rights in Belarus. Barroso’s unwillingness to sit at the same table with the ‘last European dictator’ looks like a move in that direction. And it immediately produced an expected effect – causing Lukashenka considerable psychological discomfort demonstrated by his insults. But this is only a tiny element of the isolation strategy.

This isolation should be consistent and comprehensive if the EU policy makers want not just another media occasion and yet another battle of words. As proposed, one of the mechanisms of Lukashenka’s personal isolation should be lowering the level of diplomatic presence in Minsk from ambassadorial to charge de’affaires. This way, the EU diplomats will not have to present credentials to the president they see as illegitimate and shake hands with him. But the EU Member States have so far seemed not to share this logic.

Just a few weeks ago the new Polish Ambassador Leszek Szerepka officially presented his credentials to Alyaksandr Lukashenka. All the state TV channels showed the ceremony at prime time. That ceremony seriously undermined all discussions about Lukashenka’s external illegitimacy in the eyes of Belarusian people and bureaucrats. It does not really make sense to send an extraordinary and plenipotentiary representative of the President of Poland to the President of Belarus if Poland does not recognize that particular person as president. The Belarusians also saw Lukashenka reprimanding and mentoring the new ambassador about Poland’s policy towards Belarus, which in the eyes of common people is proof of the former’s ideological victory over all Western enemies.

Summing it up, even fragmented isolation of Lukashenka’s personality does have an effect. But this effect will remain insignificant for the Belarusian society and bureaucrats and limited to Lukashenka’s psychological discomfort without a consistent and fully-fledged strategy of his personal isolation. 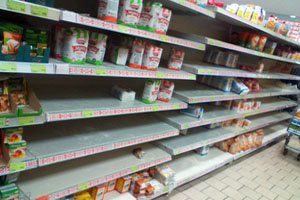 The Belarus authorities seem to be combating the economic crises on two fronts. On the economic policy front, they promise modernization and reforms. On the ideological front, they initiated closing down two leading independent newspapers and instructed state media not to focus too much on the economic problems. The authorities can easily succeed in liquidating independent newspapers, however hiding the most serious economic crises in Belarus since 1990-s will be much more difficult.

The state daily Zviazda reported on a seminar organized by authorities for editors of state-controlled media on 29 April 2011. State officials were instructing editors how they should do their work. Deputy Prime Minister Anatoly Tozik spoke about the need to modernize Belarus economy and encourage more independent decision-making of directors of state enterprises. He also promised that despite economic problems there will be no cuts in spending on social projects.

Aleh Praliaskouski, the main state ideologist, referred to media which in his opinion incorrectly covered the 11 April terrorist attack. According to him, fear and panic in Belarus is exactly what the terrorists want. In connection with it he also quoted Lukashenka, who said that Belarus was under external pressure because of its independent internal and external policies.

The opposition weekly Nasha Niva picked up Mr Tozik’s admiration of reforms which need to be led by the “strong” government. The newspaper, which may be closed down soon, noted that the strength of authorities should not be measured by how the authorities oppress the opposition. Instead, it should be measured by how successful it is in fighting corruption, collecting taxes and promoting economic development. Nasha Niva also discussed the effect of the authorities’ request to the state media not to focus on rising prices and other economic problems because this could even further deteriorate the situation.

Indeed, it will be difficult to hide economic problems and this is exactly what people in Belarus want to know more about. Most opposition web sites such as Belaruspartizan.org describe how people are struggling with the inadequate supply of imported goods and rising prices. The lack of foreign currency hinders the retailers’ ability to import goods. Goods produced in Belarus are often of inadequate quality and cannot replace all imports. According to sellers, even with increased prices the stocks of imported goods are depleting and there is nothing to replace them.

The state-run media is generally silent about the ongoing trials of former presidential candidates and other opposition activists. Independent media, however, cover those trials in great detail. Belarus’ internet users actively discuss recently released photos which suggest that after the violent crackdown against the opposition meeting on 19 December 2010, Belarus security services planted shovels, ice-axes and other items at the demonstration site to show that the protests were not peaceful. However, the courts do not seem to be interested in considering evidence exonerating the opposition. That makes many bloggers skeptical about the Belarusian authorities’ investigation of the 11 April bombing in Minsk. Their concern is that if authorities so easily and willingly manipulate evidence to punish their political opponents, why one should expect from them a fair and transparent investigation of the 11 April blast.