Lukashenka Reshuffles Top Officials: Will Anything Change in Belarus?

The most notable changes include yesterday's appointment of the new head of the Presidential Administration Andrey Kabyakou, new foreign minister Uladzimir Makey and new presidential... 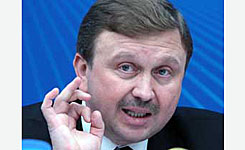 Andrey Kabyakou - the new No.2 in Belarus

These officials have significant powers to shape domestic and foreign policy of Belarus. While the reshuffle is likely to have a positive impact on economic decision-making, its effect on foreign relations is more difficult to predict. However, the reshuffle will hardly bring about a serious change to the government’s policies. All important decisions are made by the president.

The appointments also demonstrate that Alexander Lukashenka has a very limited pool of top bureaucrats to choose from and, therefore, has to reshuffle the very same people.

The logic and timing of the latest reshuffles are difficult to understand. As always, there is only one man – President Lukashenka – who knows why these decisions were made now.

Rumours about the expected dismissal of the former head of the Presidential Administration Uladzimir Makey were circulating already after the dramatic events on 19 December 2010. The brutal crackdown on the demonstrators in Minsk meant an end to the rapprochement with the EU and USA that Makey had presumably been in charge of.

According to some insider sources, the head of the Administration lost Lukashenka’s trust as the latter thought that Makey’s games with the West almost brought about a coup on the night of the 2010 presidential elections. However, that opinion proved to be incorrect as Makey remained in his position for 20 subsequent months.

At the same time nothing signalled the change of the president’s chief economic advisor – Siarhey Tkachou. He had worked as Lukashenka’s aide on economic affairs since October 2001 and has a reputation as a convinced Marxist and even Stalinist.

Because of his notorious views he was not very popular among the other top officials in the economic block of the government. Last year Tkachou’s disagreement with Prime Minister Mikhail Myasnikovich even went public. Interestingly, Lukashenka then took the side of his aide and even threatened to sack the prime minister.

The latest wave of appointments is interesting from an economic point of view. On 22 August Russia became a fully-fledged member of the World Trade Organisation which will put even more pressure on Belarus to reform its command economy. The government needs more reform-minded policy-makers.

In this respect the departure of Siarhey Tkachou is good news. The staunchest Marxist is now out, but who is in?

The new presidential aide on economic affairs is a well-known figure in Belarus and abroad. Piotr Prakapovich was head of the National Bank from March 1998 until July 2011. A construction engineer by training, he made a career in the economic sphere. Far from being a strong market reforms proponent, Prakapovich has a reputation as a reasonable economic manager.

However, his monetary policies in 2010-2011 became the major cause of last year’s economic crisis. He is also widely remembered for his public promises on the eve of that crisis. In March 2011 he appeared on national TV and assured the population that there would be no one-time devaluation of the Belarusian rouble while he was head of the National Bank. And two months later the rouble was devalued by a record 54.4 per cent.

Another fresh appointee – the head of the Presidential Administration Andrey Kabyakou – also represents the economic block of the incumbent regime. From November 2011 and until 27 August 2012 the Moscow-born Kabyakou served as ambassador to Russia. But before that he held economic positions in the Presidential Administration, Council of Ministers and other government bodies.

Kabyakou is no market champion either. Moreover, during his many years of government service he made numerous statements which characterise him as a typical post-Soviet bureaucrat with a narrow state-centred understanding of economics. Thus, there is little hope that the new head of the Presidential Administration will become a source of reform initiatives.

At the same time, in contrast to Tkachou, Kabyakou is not really consistent in his economic views. He is more concerned about his personal career than the contents of the policies that he has to carry out. Therefore, he will never fight against market reforms if his boss decides to launch them.

It remains to be seen whether Uladzimir Makey will be able to change this status quo and turn his new ministry into a decision-making body. But in any case, Andrey Kabyakou will gain weight on foreign policy matters. That is why some facts in his biography become noteworthy.

Andrey Kabyakou has good connections in Russia, the main sponsor of the Belarusian regime. He was born in Moscow. In 1983 he graduated from Moscow Aviation Institute. As deputy Prime Minister he was in charge of integration talks with Russia. Finally, he spent several years as ambassador to Russia just before this appointment. This suggest that Kabyakou is going to be a good negotiation partner for Moscow, whereas under Makey the Administration had a good network of contacts in the West.

The main intrigue now is whether Makey still has a mandate to restore Belarus' relations with the European Union. If so, it will be interesting to see how the new head of the Administration and the new foreign minister will separate their foreign policy functions and whose word will be of more weight for Lukashenka.

Still Only One Politician with the Same Cadres

But the most remarkable thing is that Belarus remains the country of just one politician. Alexander Lukashenka personally decides all important issues. Therefore, no matter how he reshuffles his officials the country’s policies generally stay the same.

Moreover, the cadres at Lukashenka’s disposal also remain the same. There are almost no new faces at the top of the regime. The same officials migrate from one top position into another without generating new policies, visions or ideas.

Should Germany Be Blamed for Cooperation with Belarus Police? 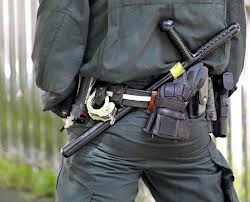 The question remains whether Germany has trained Belarusian riot police units or ordinary policemen. Material support and on-site training for the Belarusian security services demonstrates that Germany as well as other EU member states are lacking a consistent approach towards Belarus.

It is time to define clear guidelines when dealing with non-democratic states such as Belarus. It should be out of the question for Germany to support Belarusian state organs that are involved in violent crack-downs of peaceful demonstrations. Apart from ethical objections to this support, it contradicts the policy of supporting the Belarusian opposition struggling for survival in Belarus.

It is now known that between 2008 and 2011, the German police trained around 500 policemen, border guards and other members of the security forces. Moreover, the German government equipped the Belarusian security forces with computers, uniforms and technical equipment.  In total the equipment was worth around €200m.  After the election day crackdown in December 2010, cooperation stopped.

The German press and many opposition politicians declare that supporting a dictatorial regime is unacceptable.The German Ministry of Internal Affairs claims that the training started during the period of opening in Belarus. At that time the Belarusian authorities had signalled readiness to take steps towards ensuring rule of law in the country.

First, the training consisted not only of seminars but also involved on-site training. Several hundred Belarusian policemen were present during the passing of castor transport. Whenever nuclear waste is transported through Germany anti-nuclear activists stage protest along the railway.

This is one of the few times when the German police clash with activists. During the operation at which the Belarusian forces were present, around 500 protesters were injured by the police. This hardly gives a good example to Belarusian policemen. Without doubt, the aim of this mission was that they should learn how to proceed in a non-violent and deescalating way during rallies and demonstrations.

Moreover, the German policemen are nicknamed “friends and helpers” and Germans highly respect the institution. Whenever clashes between police and protesters happen – as was the case during the castor transport operations – there is an outcry in the country.

Because of their history, Germans are very careful about using military units for operations inside the country. The deployment of Bundeswehr during demonstrations or even football matches is still much discussed in the parliament. Therefore the cooperation between German police and the forces of a non-democratic regime may seem very problematic.

German newspaper articles are not precise in their reporting, which adds to the chorus of outrage. The German Spiegel keeps writing that there was cooperation with the “feared Belarusian militia”, using the German word miliz. Belarusian “miliz”, however, is ordinary police, while the feared forces are the riot police. the  “Spez Nas”. It is not clear from the articles whether the cooperation took place between militia or special forces. However, German police cooperating with something called “militia” would lead to disapproval among Germans in any case. 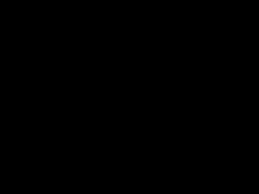 While cooperation between Belarusian state forces such as border guards and German institutions is acceptable for the Belarusian and the German opposition politicians, the support of riot police is not. The question is therefore whether the government really supported the riot police. In any case, supporting the Belarusian opposition through German political foundations and equipping the forces that crush them down at the same time will indeed raise questions.

Most likely, Germany started this training as part of a European Union programme. EU countries train and equip border guards at the EU’s external border in the interest of all EU member states. It is highly improbable that the German government decided to support the Belarusian regime in place and to enforce its capability to crush demonstrations as several articles in German press imply.

Cooperation Started During the 2008 Opening of Belarus

Only in 2012 did everybody in Germany start to notice that the opening of the regime in 2008 was not a true one.  Back then, nobody looked beyond the pretence of rapprochement by the Belarusian authorities. The German government was more than relieved to believe in opening while it was always clear to that Lukashenka had no intention of changing his policy towards democracy.

Here again it seems that the German government- along with all other EU members states- was only too happy to believe in reform. They were quick to send the German Foreign Minister, Guido Westerwelle, to Minsk. A more cautious approach to a formal rapprochement and low level cooperation could have proven more sensible.

However, it is usually difficult to involve state employees – journalists, policemen, professors, politicians – to take part in training organised by Western countries. It is remarkable that the German government managed to involve so many Belarusian policemen in the seminars in the first place.

The government should realise that the debate about the police training constitutes a chance to review its policy on Belarus.

It is of course important not to stop cooperation with Belarus altogether. A completely isolated country at the Eastern border of the EU would be worse than a country that cooperates with EU institutions. It should however be clear that material support and transfer of knowledge can only be provided when they are not used against the democratic forces in the country.

The German decision makers may not be sure which security force is merely doing police work and which are the riot police beating peaceful protesters and former presidential candidates. But there are people and organisations in Belarus and in Germany who can provide them with such information.