Lukashenka Struggles to Prevent Civil Servants From Leaving Their Jobs

On 10 December Alexander Lukashenka held an unusual event – the first-ever nationwide executive conference that gathered more than 250 top officials from across the whole country.

He called it the “most important event of the year” and compared it... 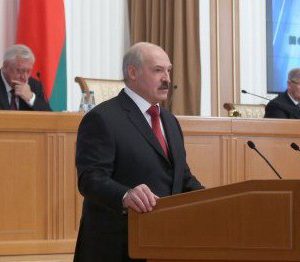 On 10 December Alexander Lukashenka held an unusual event – the first-ever nationwide executive conference that gathered more than 250 top officials from across the whole country.

He called it the “most important event of the year” and compared it to the Soviet-era plenary sessions of the Communist Party. A major issue for the conference participants was how to improve the management of state executive personnel and make sure that qualified civil servants stay in government jobs.

In broader terms, the conference looked like a deliberate attempt by President Lukashenka to prevent a governance crisis, which is looming large in the light of recent studies and scandals.

However, Lukashenka is not yet ready to move forward with real structural reforms. His current attempts are little more than cosmetic measures, such as his firing of high-ranking bureaucrats or appointing special investigative commissions, and will most likely fail.

“The Most Important Event of the Year”

The nationwide executive conference came as a surprise to Belarusian society. Normally, preparations for important state events take a great deal of time and bureaucratic effort and attract wide publicity in the media. This time, however, the public learnt about it only a day before, when Lukashenka briefly mentioned it during a meeting with the prime minister and the head of the Presidential Administration.

At the same time the President called the conference the most important event of the whole year and even said that it would become an analogue to the plenary sessions of the Communist Party in the Soviet Union, a platform for working out the strategic direction for the country’s future development.

The spontaneity of the event and its high-level comparison with the Soviet past suggest that the conference was meant to address urgent and particularly worrisome issues.

What Worries the Authorities?

In his opening remarks, Lukashenka said, “Unfortunately, we have not developed a system at the highest state level to manage executive personnel, and we do everything in a highly inconsistent manner”.

Later, the head of the Presidential Administration Andrei Kabyakou provided more details. In his words, the government sees it as an increasingly difficult task to find qualified candidates to fill existing vacancies in ministries and other state institutions. He gave a couple of examples. The position of Deputy Minister of Economy has been vacant for almost two years. Important management jobs have remained open for a long time at the ministries of agriculture, architecture and construction, sports and tourism and others.

In the regions, the situation looks even worse. According to Kabyakou, few qualified executives agree to head local administrations these days. For example, the Administration of Krupski District (in central Belarus) remains without a deputy chairman as already nine potential candidates have declined the job offer – something unimaginable before.

The delegates of the nationwide executive conference correctly defined the main factor behind the problem – low salaries and a huge workload with the overblown responsibilities that state executives have. It is enough to briefly compare the levels of pay in the public sector and in the commercial sector (in Belarus and in Russia) to see the difference.

The problem of uncompetitive salaries in the government sector was already addressed by the so-called public administration reform that resulted in State officials continue to leave their posts and talented youth also prefer more rewarding jobs in the commercial sector. In Lukashenka’s opinion, this is a threat to the stability and wellbeing of the nation. Moreover, recent studies and scandals have given some ground to talk of a nascent governance crisis in Belarus, which Alexander Lukashenka relates to the problem with qualified civil servants.

The first portent came during the preparations for the public administration reform earlier this year. President Lukashenka once stated that he had commissioned an analysis of how many of his decrees and orders were actually executed by the central and local governments. He did not provide the details but said that the analysis revealed quite poor statistics.

But the real storm began when Lukashenka visited the wood-processing factory “Borisovdrev” at the beginning of November 2013. Exactly a year before he came to the same factory and found egregious problems with its modernization.

He then issued detailed orders to the management of the factory and government functionaries on how to improve the situation and set a one-year deadline. He even introduced a new form of serfdom – a presidential decree that prevented the workers of the wood-processing factories from leaving for other jobs – to make it easier for bureaucrats to comply with his orders.

On 8 November 2013, when the deadline expired, Lukashenka came to the factory again. And to his surprise he found out that few of his orders had been implemented. He immediately fired a number of high-ranking officials and appointed a special investigation commission headed by the Chairman of the Committee of State Control (a financial security agency) Alexander Yakabson.

Is It Possible To Invigorate the System With Cosmetic Measures?

Thus, the nationwide executive conference looks like another attempt, apart from firing executives and setting investigation commissions, by Lukashenka to sort out the emerging mess in the public administration sector.

However, all these measures appear cosmetic, as they do not touch upon the very foundations of the Belarusian governance system: command and administrative methods in the economy combined with authoritarian rule in politics.

Judging by the incumbent’s statements and the outcome of the public administration reform that resulted only in the sacking of officials without any structural adjustments, President Lukashenka firmly believes that he can avoid serious reforms and still make the public administration effective again by means of the measures he has always employed. But even the latest events show that this calculation will most probably be wrong. 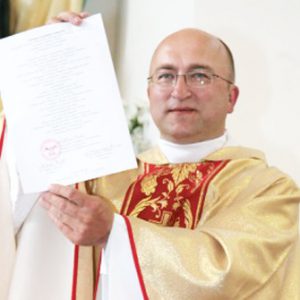 Belarus’ banks have dropped further in their ratings as a result of government policy that has led to a very low level of liquidity in their transactions.

The state has downgraded its asking price for their controlling share of the MTS mobile company in Belarus in hopes of finding a buyer and two Belarusian military instructors were killed in Yemen for reasons unknown.

A recent report released by human rights groups in Belarus says that workers' rights to reasonable work schedules and voluntary labour are routinely being violated by the authorities. A young Belarusian journalist wins an international award for her report on a young Belarusian homosexual.

A Catholic priest accused of committing treason against Belarus was released but is not allowed to leave Minsk while the investigation continues. All this and more in this edition of the Western Press Digest.

State looking to sell its shares of mobile carrier, lowers price – Reuters reports that the Belarusian government looks to sell the entirety of its 51 percent controlling stake in a Russian-Belarusian mobile company joint venture, and has lowered its asking price. Previously Belarus had sought $1bn, but now has downgraded this amount to $863m, hoping to attract a buyer. MTS, the mobile company which holds the remaining shares, has not made it clear if they are interested in buying the stock or not. The previous price was too high, according to Reuters.

Belarusian Banks receive B- rating, but economic crisis not imminent – The Fitch credit rating agency has downgraded Belarus’ banks to a B- rating due to broader economic issues including higher interests on loans which has led to lower demand for them. In the report, re-published by Reuters, Fitch notes that while the economy is having issues, it was able to successfully avoid a sovereign default in 2011 through careful revaluation of its own monetary and economic policies.

The banks have regained some of their clients faith and, as a result, it has seen a steady increase in deposits. In general, the Banks are too constrained to act appropriately in times of economic duress and are at the mercy of government decisions, making them unable to effectively use their shareholders to deal with their issues.

Authorities continue to oppress LGBT community – Radio Free Europe/Radio Liberty reports that while homosexuality was officially decriminalised in Belarus in the early 1990s, government officials continue to violate members of the LGBT community’s rights. When head of GayBelarus, an LGBT NGO, tried to officially register the organisation in Belarus, the authorities responded by routinely harassing him and reportedly making threats against him and his family.

RFERL also noted that another prominent LGBT rights activist had received harsh treatment from the authorities, even being pulled out of a hospital to be beaten by the police. Both have since left Belarus, though hope to return in the near future.

Belarus routinely violates workers rights – According to a report put out by the International Federation for Human Rights and the Vyasna human rights centre, RFERL is reporting that Belarusian authorities regularly violate workers’ rights. The report discusses forced labour workdays, the absence of any mechanisms to report harsh working conditions and student labour as some areas of particular concern.

Young Belarusian Journalist Wins German Media Development Award – Belarusian Journalist Volha Malafeyechava received the German Media Development Word in recognition of her story about the life of a young male homosexual. In her interview with Deutsche Welle, Malafeyechava states that she decided to write the story because of the pervasive silence on the topic of homosexuality in Belarus.

While her work did not receive national coverage, it did provoke negative feedback from local readers. The young Belarusian journalist maintained that good journalism is important both for changing international perceptions of Belarus and solving domestic issues.

Two Belarusian Military Instructors Killed in Yemen – Reuters reports that two Belarusian military instructors hired on contract by government of Yemen’s presidential security forces were gunned down in the street in Sanaa. There was initial confusion as to the origin of the two instructors, as they were initially reported to be Russian. The article notes that while there is still a strong al Qaeda presence in Yemen, this is the first incident in which someone from the former Soviet Union had been targeted. The motive behind the killings remain unclear.

Catholic priest imprisoned for treason is released – Uladzislau Lazar, a catholic priest, was arrested by Belarusian authorities in July 2013 has been released from prison. RFERL reports that a spokesperson from state security services has received a conditional release. Lazar will not be permitted to leave Minsk until the investigation has been completed.

One of the oldest Synagogues in Europe badly damaged by fire – In the western city of Hrodna, Belarus’ oldest synagogue caught fired due to a malfunctioning heating system. The damage to the Great Choral Synagogue was contained to the second floor and did not spread further thanks to the fire department’s quick response.

The Times of Israel reports that the synagogue, which has a history dating back to the 16th century, was complete destroyed by fire in 1899. It was also a key site in Grodno, where the Nazis would gather its Jewish inhabitants before shipping them off to concentration camps.

Lee Harvey Oswald remembered in Belarus – Voice of America carried out a series of interviews with people who personally knew the assassin of U.S. President John F. Kennedy, including with the first post-soviet leader of Belarus, Stanislau Shushkevich.

The former leader of Belarus said that while Oswald already had a decent command of Russian upon his arrival to Minsk, he did not seem to have a particularly inquisitive mind. Another person who had met him said that he was rather ordinary, even boring at times. All three of those interviewed did not believe Oswald was capable of carrying out an assassination and believe that it was a conspiracy against a very normal man.