Most Read Articles on Belarus Digest in 2014 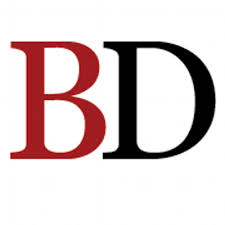 1. Belarus Refuses To Support Russia's Invasion of Ukraine. ​Belarus Refuses To Support Russia's Invasion Of Ukraine. At a meeting of presidents of the Customs Union on 5 March, Putin desperately tried to gain support on for Russia's invasion of Ukraine from his closest allies, Belarus and Kazakstan. All his efforts, it would seem, appear to be in vain, as neither Lukashenka nor Nazarbaev publicly voiced support for Russia's aggression in Crimea. For both individuals, it became a dangerous precedent which showed the true nature of Russian politics in the post-Soviet space.

2. By Winning Crimea, Russia Can Lose Belarus. On 7 March, Ukrainian espreso.tv reported that Belarus refused to send observers to the Crimean referendum. This is not the first time that the Belarusian authorities have disobeyed Russia, because the interests of Minsk and Moscow are in opposition to one another on several key issues. Lukashenka will not support the precedent set by the Kremlin’s invasion of other countries in the name of protecting the interests of its Russian-speaking people. The Belarusian authorities seem reluctant to lose credibility in the eyes of its Baltic neighbours, their main advocates in the West.

3. A Split In The Eurasian Union: Belarus Refuses To Join Russia's Trade War With Ukraine​. While Ukraine was preparing to sign the Association Agreement with the EU, Russia was trying to secure the support of Belarus and Kazakhstan in introducing protective measures against Ukrainian goods. Moscow failed to convince its Eurasian partners that Kyiv’s Association Agreement would pose a threat to their economies and had to resort to taking unilateral action for raising customs duties on goods from Ukraine.

4. What To Expect In 2014? – Digest of Belarus Economy. The year 2013 will probably go into the economic history of Belarus as a year when even the government officials acknowledged that the economy was stagnating, and there were no prospects for any quick economic growth in the years to come.The official economic forecast for 2014 contains a modest GDP growth number of 3.3% (compared with 8.5% forecast for 2013), the Belarusian ruble will continue to be devalued (the only question now is how quickly) and despite the promises of Russian loans, Belarus faces the possibility of a 2011-like currency crisis.

5. Why Minsk Is Not Like Other Capitals. It jumps out at you right after you come back from a foreign land: Minsk is not like Vilnius, Warsaw or Prague. Indeed, it is not like anywhere else. And obviously, this concerns not only its "deserted streets" or the perception that there are "a lot of police." At least, it's not all that simple. Let's try and deduce the reasons that make our favourite city exceptional.

6. New UK Visa Procedures Humiliate Belarusians. On 13 June the Visa Section of the British Embassy in Belarus stopped accepting visa applications. A private company Teleperformance Ltd has now assumed responsibility for processing them. This move follows last year's decision by the UK government to close its visa section in Minsk and transfer its functions to Moscow. So far this decision has turned the visa application procedure into chaos and humiliation for visa applicants from Belarus.

7. The Russian Air Force Base In Belarus: Getting The Facts Straight. Last week Chief of the Russian Air Force Viktor Bondarev announced that a Russian airbase would be established in Babruysk in 2016. An article from the Moscow Times on expanding the Russian air force presence abroad, subsequently reprinted in the Guardian, painted a rather dramatic, yet not entirely correct picture. Analysis of recent news on the Russian base in Belarus paints a slightly different picture. Minsk and Moscow gave up plans to put Russian fighter jets next door to NATO member states. Russia will get only one base in Babruysk, and later than it had originally planned.

8. Belarus Bans St. George's Ribbons At V-Day Celebrations. On the May 9th most post-Soviet countries, including Belarus, celebrate Victory Day to commemorate World War II. But unlike in previous years, this time around before May 9th state organisations in Belarus received an unexpected order – replace all V-Day decorations containing the St. George’s ribbon. Originally a Russian Empire military decoration, it was used during World War II in a modified form and since that time all former Soviet Union republics have widely used the symbol in their annual celebrations of Victory Day. However, after the separatist actions in Ukraine, where militants use the ribbon as their identifying colours, it has acquired a negative meaning and became associated with Russian imperialism.

9. Russian Nuclear Weapons In Belarus, An Anti-Nato Military Bloc – Belarus Security Digest. The Kremlin pulls together an anti-NATO bloc. Minsk is trying to be helpful to the West as a source of information about the Kremlin's plan towards Ukraine insofar as Vladimir Putin allows them to. The Russian elite is overtaken by chauvinism and are increasingly losing touch with reality. Belarus and Russia will jointly explore space. The number of those who want to serve in uniform in Belarus is declining steadily. China becomes Belarus' No. 2 military and industrial complex partner.

10. Life In A Belarusian Village – Belarus Photo Digest. Belarus Digest is launching a new series, Belarus Photo Digest, which shows images of different aspects of life in today's Belarus. In the first issue photographer Siarhiej Leskiec documents everyday life in the Belarusian countryside. Only one in four Belarusians lives in rural areas today. And yet, most Belarusians are first-generation city dwellers. This is all the more interesting when considering the fact that only half a century ago, more than two-thirds of the population still lived in villages.

Lukashenka Reshuffles the Government Before the 2015 Elections 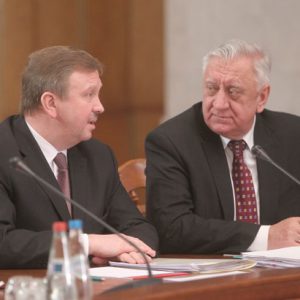 On 27 December, Alexander​ Lukashenka ordered a major reshuffling of the government as Belarus weathers economic troubles and prepares for the 2015 presidential campaign.

He appointed a new Prime Minister and his deputies, heads of the National Bank and the Presidential Administration, as well as a number of new ministers and regional governors.

The new appointees will have to ensure that Belarus avoids any potential economic disasters while postponing any serious reforms in 2015.

Despite popular expectations, Lukashenka did not use the recently fired officials as scapegoats for the mounting economic problems. On the contrary, he offered some of them lucrative jobs in order to thank them for their long years of service.

“A Traditional Move Before the Elections”?

Rumours and speculation about an imminent government reshuffle have circulated throughout the year. On a number of occasions, the ousting of Prime Minister Mikhail Myasnikovich looked inevitable but his government held on. Few pundits expected that a sweeping government reorganisation would happen only days before the New Year.

According to Lukashenka, the reshuffle should be looked upon as a traditional move that he makes before a presidential campaign rather than an extraordinary move. However, in all probability, the country's recent financial troubles did speed up the government's reorganisation.

On 19 December, the authorities had to make several urgent moves to prevent panic on the foreign currency exchange market following last week’s dramatic decline of the Russian ruble. According to a source close to the government, Aliaksandr Lukashenka explicitly prohibited the devaluation of the Belarusian ruble but simultaneously demanded some measures to protect hard currency reserves.

Faced with such a conundrum, the National Bank imposed a temporary 30% fee on all foreign currency purchases, raised interest rates and provided state guarantees for deposits in Belarusian rubles.

The measures managed to curb the public's panic but became subject of serious criticism from business unions and experts. After a series of economic discussions with the Myashikovich government, Aliaksandr Lukashenka finally decided on 27 December that a new government was needed to manage the economy.

The reshuffle mainly saw the same familiar officials moving from one office to another. All in all, 24 officials received new portfolios in the Government, the National Bank, the Presidential Administration and large state companies. The most prominent appointments are: 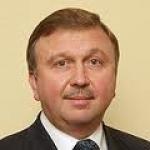 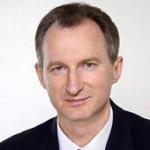 Aliaksandr Kasinets has become the new head of the Presidential Administration. Before this appointment he chaired the Vitsebsk Region Executive Committee and previously he held the posts of deputy Prime Minister and rector of a medical university. 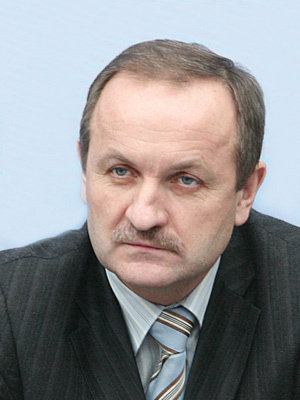 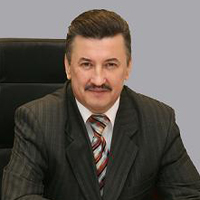 Uladzimir Zinouski has moved to the position of the Minister of Economy. Before that he headed the National Statistics Agency for 16 years and also chaired the Council on the Development of Entrepreneurship.

Other noticeable appointees include:

Contrary to popular wisdom, Alexander Lukashenka did not use the reshuffle as an occasion to place all the blame for the mounting economic problems in the country on the fired government officials. He even made a number of symbolic “honorary appointments”.

This is an important development to pay attention to if one wants to understand the logic of the state apparatus in Belarus and the principles that govern it. No doubt, the whole system works to guarantee the stability and security of the president’s rule and the latter sometimes presents individual officials as scapegoats for the state's most worrying problems. However, Alexander​ Luakshenka also has to adhere to certain informal rules and principles in order to send the right signals to his bureaucracy.

In particular, he cannot just fire long-serving and reputable officials and blame all of the nation's problems on them. Individual cases might arise from time to time but the general rule requires that the president treats such officials respectfully and offer them lucrative opportunities upon their departure from active service.

What to Expect from the New Government?

The government reshuffle caused a wave of speculation in the Belarusian media about its likely implications. The majority of commentators do not expect any essential changes in the state's economic or social policies.

The decision-making system remains unchanged and nothing appears to indicate that Alexander​ Lukashenka will allow the new government to launch structural reforms that international institutions, like the IMF or EBRD, want to see. Moreover, the president made it clear what he wants from the new government – to secure his own victory in the 2015 presidential campaign. He has traditionally called this period “an exam” for the whole state apparatus.

The government will have to ensure that Belarusians do not suffer any deep blows to their well-being before they cast their ballots next year. Therefore, the newly appointed officials will do their best to balance between minimising the negative effects of Russia’s recession and falling oil prices, on the one hand, and postponing painful socioeconomic reforms – on the other.

For these very tasks, the appointees seem like proper choices. Only Pavel Kalavur has the reputation of being a pro-market banker, however. The others represent the same views that have dominated Belarusian policy-making over the last two decades: massive state property and government control over the economy, administrative measures over market tools, pushing for as little reform as possible. Among the new officials, Prime Minister Kabiakou is the most prominent incarnation of these non-reformist ideas.

However, if the economic situation in 2015 becomes really dire, the new government will hardly be more effective than their predecessors.