Opinion: No illusions about Western support for democracy in Belarus

13 September 2020
There should be no illusions about Western support for Belarusian democracy. At least until the victory of the latter. Almost everything that EU governments do today is either symbolic gestures or the realization of their national interests in the... 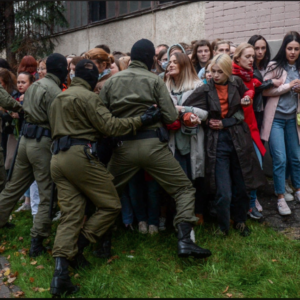 There should be no illusions about Western support for Belarusian democracy. At least until the victory of the latter. Almost everything that EU governments do today is either symbolic gestures or the realization of their national interests in the Solidarity with Belarus wrapper.

❗ A month has passed since Aliaksandr Taraikouski’s murder in the center of Minsk and the torture of hundreds of peaceful protesters in the detention center on the Akrestsin street. There are no sanctions. Brussels is still discussing a list of people barred from entering the EU for fear of introducing Lukashenka (who not only refuses to travel to the EU, even if invited but openly accuses the West of plotting against Belarus).

❗ Remember the decision of the EU to allocate 53 million euros to the “Belarusian people”? Of this amount, only three million are going to be sent directly to the victims of the sadism of the security forces. 50 million has to go to fight the coronavirus. What the authorities will do with the money, given that they have long declared their victory in the battle against Covid-19 remains a mystery.

❗ Lithuania, Poland and Ukraine have started a whole competition to attract Belarusian IT companies. Have you heard about the transfer of fired workers there? And I have not. I have heard only about inviting potential investors.

In most cases, any Western support for Belarusian democracy has been limited to the following: to help so that almost all funds remain in their own country. For example, in form of payments of hotels for conferences, the organization of seminars, or educational projects.

Belarusian state propaganda likes to talk about the West showering “the opposition militants” with dollars. This is said by people who have no idea about transparency, control over funds and bureaucracy in the West.

Of course, better this support than no support. But at the moment only two things really matter: what is happening inside Belarus and how much money Belarusians abroad can raise for their compatriots at home.

Three pillars of Lukashenka’s support – why doesn’t he fall? 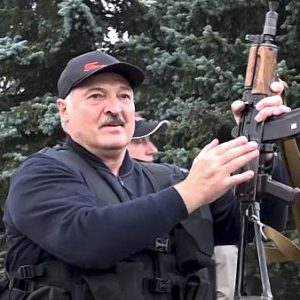 Belarusian President Aleksander Lukashenka has so far lost only one of his important pillars of support – his legitimacy (not to be confused with legality, which he had already lost 20 years ago). That is to say, he has now lost the support of a significant part of the population who had previously accepted his rule. Lukashenka’s rating has not reached 50% for a long time, but until 2017, it was around 35-40%.

In the past, a significant part of the population, while not his supporters, nevertheless tolerated him, wanting to be part of the mythical majority, an illusion fabricated thanks to strict censorship, ideological supervision and a well-coordinated system of election fraud. This willingness to support or tolerate of the regime is now no longer in existence.

While losing the support of the population, Lukashenka has reinforced two other important pillars, namely the power of the security apparatus and his control over complicit institutions of power: “the power vertical”. He has taken whatever means necessary to ensure his support by the Kremlin.

The security apparatus is not just a financial priority for Lukashenka. In order to suit its needs, since the end of 2019, the entire political system has been transformed. Lukashenka is an excellent actor in the sense that in the course of his speeches he has been able to convince himself of his own fairy tales regarding his high approval rating. However, behind the scenes, he has always been well aware of his catastrophic descent.

If he had not been aware of this, he would not have appointed Major General of the KGB Sergeenko as head of the presidential administration in December 2019; nor would he have exiled Mikhail Myasnikovich to Moscow, or replaced more liberal-minded officials Rumas and Anfimov with security officials in June. He has been preparing. And he has created a type of political regime more resistant to mass actions of disobedience.

Thereafter the dictator took a very cruel, but rational step: he smeared his political opponents with crimes against humanity, depriving them of escape routes. The murder and torture of civilians after the elections could not have existed without the order for their harsh suppression.

The “vertical” of executive power

Belarus is an extremely rigid, centralised system and may be referred to by the term “power vertical” (a system where power is re-centralised within the presidency and federal centre). The presidential administration carefully selects and controls the leadership of the regional executive committees, who in turn diligently select and manage the city and district executive committees. The army’s obedience is also controlled by Lukashenka’s personal assistants and special services.

And here Lukashenka has undertaken a tough, pragmatic move: he has smeared the complicit institutions of power – the power verticals – with election fraud. The leadership of any given district executive committee may be held responsible for the “correct” composition of their precinct’s electoral commissions and for the “correct” results in their district.

Moreover, it has been reported that some heads of local and regional authorities also attended the local “headquarters” that directed the military operations on the evening of the elections and throughout the following days. Thus, it is likely that many institutions were also made complicit in the crimes against humanity in order to deprive them of escape routes.

The Kremlin has provided both political and economic support for Lukashenka. This support could simply be left without further comment if many still were not under the illusion as to the real attitude of the Moscow leadership towards Belarusians and Belarus. This attitude is also held by many Russians. Konstantin Eggert formulates this in his recent article:

This finally debunks the idea of ​​them, Belarusians, as a supposedly “brotherly” people to the Russians. They were brothers only as long as they corresponded in the eyes of the average Russian to the collective image of a homely, silent and obedient peasant, whose hut was whitewashed, potato beds were weeded and firewood was neatly stacked in a woodpile. As soon as this mythical character was distracted from eating metaphorical potato pancakes and demanded quite real basic civil rights, Belarusians immediately turned into agents of “external forces” and “provocateurs.”

It is almost surprising to read the introduction to Eggert’s article, which states that “there are almost more supporters of Lukashenka in the Russian Federation than in Belarus itself.” Lukashenka’s supporters in Belarus now constitute, perhaps, less than a million, and in Russia presumably several times more.

Until the Belarusian people and the Coordination Council can shake up at least one of Lukashenka’s three pillars of power, the president can continue to rule with an approval rating of 5%, even with a million Belarusians protesting on the streets.

Andrei Yeliseyeu is Research Director at the EAST Center. He is also the head of iSANS Monitoring Unit