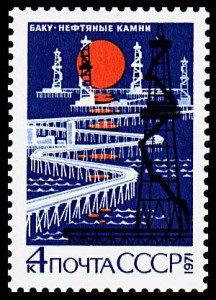 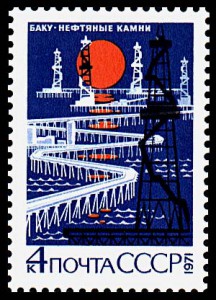 The massive PR campaign against Lukashenka was launched by Moscow for good reasons. Lukashenka not only repeatedly denied Russian businesses access to some Belarusian state-owned enterprises, which Lukashenka treats as his own. More importantly – Lukashenka threatens the fundamentals of the Russian might and power in Europe – its energy supply monopoly.

On November, 18, oil pumping for Belarus began in Ukrainian Odessa. It means that efforts to supply Belarus with oil from new non-Russian sources reached a new and more advanced stage. Though technically this oil has still Russian origin, effectively it is a swap oil which could be bought thanks to a new arrangement with Venezuela.

Shipments of Venezuelan oil started at the beginning of this year. However, Belarus as a landlocked country faced obstacles in getting crude oil from the Baltic and Black seas to its refineries. Rail transportation evidently was not the best option. This month, after negotiations with Ukraine, Belarusian leadership managed to get Ukrainian pipeline Odessa-Brody for oil transit. The transportation costs will be lower and the shipment volumes will rise, which will result in lowering costs due to the economy of scale.

This transit breakthrough means that the Russian monopoly is no loner unshakable. Today the propaganda war waged by Russian oil interest groups depicts the whole Belarus-Venezuelan oil cooperation as a ridiculous adventure by two buddies – presidents Lukashenka of Belarus and Chavez of Venezuela. Among many contras the lack of real interest on Venezuelan side and lack of economic feasibility for Belarus were most frequently mentioned.

However, there are clear reasons why Caracas sends oil for Belarus. It is interested in diversifying its oil markets and avoid dependency on North American market – rather logical act given volatility and even hostility in relations between US and Venezuela. But diversifying in oil markets is not an easy task at all, if not even dangerous. A good example for that could be pre-revolutionary Iran when such attempts resulted in turmoils both under Mossadegh and Shah.

Secondly, Venezuela needs modernization. Belarus as a model republic for Soviet forced and brutal nonetheless effective modernization serves as a source of specialists and technologies, and is eager to help for some oil in exchange. In addition, Minsk is willing to help Chavez in military modernization as well – after all, Belarusian army is regarded as rather efficient example for modernization of Soviet military.

As for supposed Belarusian losses in deals with Venezuelan oil, it is worth reminding that as so often in quite secretive oil business, not all the data necessary to estimate profits and losses are available. Furthermore, it is merely too early to talk about it, since with shipments rising, the efficiency will increase too. And Belarusian pay for South American oil anyway not only with money but at least partly with services and goods. Venezuela itself is interested first of all not in Belarusian money but in reprocessing its oil on Belarusian refineries – technically the most sophisticated facilities in the region – in order to sell oil products afterwards outside of Belarus and share profits with Minsk.

The new move by the Belarusian government to establish the transportation system for non-Russian oil can improve the prospects not only of the pipeline Odessa-Brody, but also many other pieces of former Soviet pipelines in Eastern Europe. Over the last years, Russia tried to avoid transit troubles with countries like Belarus and Ukraine by switching off partly or completely many pipelines in the region between Baltic and Black Sea, and is actively working on constructing new pipelines which should deliver oil and gas to Central and Western Europe, as well as Balkans, while bypassing traditional transit countries, like Belarus, Ukraine or Poland.

Nevertheless, what was a problem, can become a new opportunity, since idle pipelines let post-Soviet countries to more easily break Russian monopoly on oil and, possibly, gas in the Eastern Europe. While shipments of Venezuelan oil may be insufficient for the region, projects to bring Iranian oil developed by Minsk under current political conditions will surely be blocked by the United States. However, it will remain as a very attractive opportunuity for the future.

Hardly anyone remembers, but the pipeline Odessa-Brody at the very beginning has been conceived and projected for transporting Iraqi oil in particular from Iraqi Kurdistan. Then, however, sanctions were imposed on Saddam’s regime in Baghdad. The pipeline has been saved by newly explored Caspian Sea oil deposits, and pipeline was built to use them. However, Caspian oil deposits had been overestimated and pipeline even did not get further continuation westward from Brody. For a while it was out-of-use, later the Russians used it to pump oil in opposite direction. Now it is finally used for initial aim to break out of energy captivity. For a moment through Venezuelan oil.

Yet it can be complemented with the same Caspian oil, which alone did not suffice but the export volume of which may perfectly enough to fill the pipeline when combined with shipments from other sources. A propos, on November, 19, Lukashenka discussed possible buying Azerbaijani oil with the president of the State Oil Company of Azerbaijan Rounagh Abdullayev.

But the most important option is Middle Eastern oil, first of all Iraqi one. Technically, no obstacle stays in the way of getting that oil to Eastern Europe, because there is already rather developed network from Iraqi Kirkuk to Turkish coast. It currently lacks the access to Black Sea coast, yet there are projects to construct such pipeline (e.g. route Ceyhan-Samsun). Such plans were discussed in Ukraine in 1990s and again in early 2000s after American occupation of Iraq. The last time the issue was publically raised by the government of Viktor Yanukovych was in summer 2007. Then it caused a wave of concern and critisism in Russian media.

Whoever brings Iraqi oil to the pipeline Odessa-Brody, will ensure easy and rather cheap access to Iraqi and Middle Eastern oil not only for Belarus, but for the Eastern and Central Europe. And it will put an end to Russian energy monopoly in the region, resulting to collapse of its influence in the region, given the tight link between Russian foreign policy and energy exports. Russian Siberian oil has absolutely no chance against Middle Eastern oil in cost and quality terms. Moscow presumably will do anything it can to stop it coming to the Europe.

Therefore, the whole enterprise can be implemented only by joint efforts of some countries. It is highly unlikely that Belarus and Ukraine can do it on their own. But with the engagement of the EU, the Middle Eastern oil can soon become a very feasible option for Eastern Europe energy supply.

And Lukashenka can be at the center of the new consortium. As Dzyanis Melyantsou of the Belarusian Institute for Strategic Studies noted recently:

Presently, we see the same situation of the year 2008, when under the impact of the international political circumstances the European Union decided to unfreeze its relations with Minsk, despite its failure to comply with the previous EU demands. The EU now essentially got addicted to the engagement policy (not Lukashenka got addicted but the EU) and it is difficult for him to renounce it… it is absolutely probable next year to expect Belarus-EU negotiations on economic integration with the EU. With Lukashenka as the main negotiator.

These developments and probabilities give political economy and geopolitical calculations of future Belarusian presidential elections new greater dimension. After all, the question is not only who will run the country. The question is, whether the Eastern Europe is possible without the tight grip of Moscow. 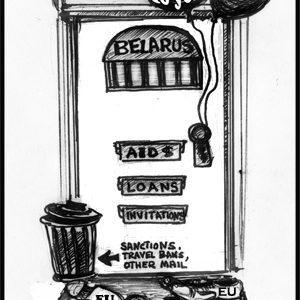