Opinion: The Symbol for a New Generation in Belarus

Some people in Belarus still cling to Lukashenka’s regime ideology as they cannot imagine anything else. Others have a different view of the country’s future but prefer to remain silent and suffer in solitude.  There are also those who... 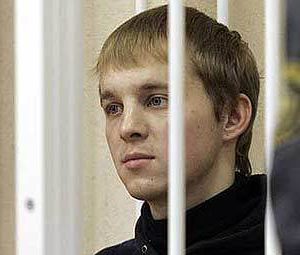 Some people in Belarus still cling to Lukashenka’s regime ideology as they cannot imagine anything else. Others have a different view of the country’s future but prefer to remain silent and suffer in solitude.  There are also those who have declared an outright “holy war” against the regime, no matter the cost, and who are ready to sacrifice their lives on the altar of freedom.

Zmicier Dashkevich, 30, is of this latter stock, a political prisoner, a protestant and the leader of the officially banned Young Front, a Belarusian opposition youth movement. He is serving a two-year prison term, having served another prison term for his political activities not long time ago. Despite continuous pressure, he refuses to sign a pardon petition to Lukashenka and may remain in prison after all other political prisoners are released.

He was preemptively arrested just a day before the 19 December 2010 largely fake presidential elections in Belarus and the brutal dispersal of a 30,000 – 50,000 strong peaceful demonstration in their wake, which ended with mass arrests. He was attacked by unidentified police agents and then literally kidnapped, along with several of his other colleagues, in broad daylight. Dashkevich and his colleagues were subsequently accused of “attacking” this group of unidentified persons.

The Belarusian authorities could not let Zmicier join the protesters in the aftermath of the 19 December 2010 presidential elections as they feared him more than any other opposition leader or presidential candidate. Zmicier is quite popular with the Belarusian youth. He attracts the most persistent and determined among them.

And it is the Belarusian youth that is most eager to bring about democratic change in Belarus, fearing no one as they have nothing to lose. Dashkevich has always been an uncompromising opponent of the regime, rejecting any form of dialogue with it on the part of the oppositional political forces. He organized a wide public campaign “Down with Lukashenka!” calling on all presidential candidates to boycott the fake elections and to unite in order to oppose the dictator. But this initiative was left largely unheeded by the politicians.

Dashkevich was subject to beatings and torture, his fiancée, Nasta Palazhanka, says. This is not at all groundless in view of the evidence of abuse and torture of the former presidential candidates and political activists alike that surfaced in spring this year. Palazhanka, too, spent several months in a KGB prison in Minsk, the most notorious in Belarus for its harsh conditions for inmates, and was released in February 2011.

Zmicier was denied meeting his lawyer by the administration of the Horky colony where he was transferred this summer from Zhodzina prison. Deputy Prosecutor of the Mahilou region reluctantly acknowledged that the detention center administration broke the law by forbidding Dashkevich from meet his lawyer.

While in Horky, Zmicier was not allowed to meet his parents, nor could he send letters home or possess a copy of the Bible. Several times he was put to a one-man cell for alleged “violations” of the Horky prison’s internal regulations. One of the inmates was punished by several days in solitary confinement for informing Paval Seviaryniets, another political prisoner, by phone about Zmicier’s suffering.

Pressure to Seek Pardon From Lukashenka

There were many attempts to crush Zmicier’s determination to endure the suffering and harsh conditions of the Horky detention center by its administration. Some prisoners, urged by the latter for just a wretched plate of prison skilly, tried to force him to write an official letter addressing Lukashenko and begging him for a pardon. But he refused to and his determination grew even stronger as he quoted the words of the scripture in his letter home: “Blessed are you when people insult you, persecute you…” (Mathew 5:11). Now he is in Hlybokaje detention center and was finally allowed to meet his lawyer and father.

His mother’s death has become yet another blow for the imprisoned leader. Zmicier has been jailed for the second time for his democratic activism. His imprisonment has been torment both for himself and for his parents. It is hard for Zmicier’s aging parents to live through it a second time. They live in a torturous state of anxiety, afraid because anything can happen to their son in prison. ‘This is a very tough time for my son but he is determined to stand his own’, his father says.

Now, clearly, Lukashenka faces a dilemma. With severe economic crisis looming large, he is still seeking a Western financial bailout. He also feels enormous pressure from Russia, which wants to be in control of Belarusian property.

With the last two presidential candidates still in jail, it is very likely that the Belarusian dictator will sooner or later release them, leaving the unyielding Dashkevich, a leader very popular with young Belarusians and an uncompromising freedom fighter, behind bars.

Yet, after the death sentence handed down to Kanavalau and Kavalou, it is all the more obvious that only Lukashenka decides the matters of death and life in Belarus, with judges and the judicial system nothing more than a dead letter. Therefore, after this point, Lukashenka can do whatever he pleases to Zmicier and other political prisoners too.

Dashkevich represents the new generation of Belarusians who are weary of endless promises, ready to struggle for change and a better future for their country. The hopes of a younger generation in Belarus hinge on him. Already during his first prison term he became a symbol for young Belarusians. Moreover, today he has become a symbol of struggle for freedom and the independence of his country.

Let us help release Zmicier Dashkevich and the rest of the political prisoners and, thus, let us help Belarus become a free and democratic country.

Ales Kirkevich is a Young Front activist from Hrodna, Belarus. He was arrested soon after the 19 December 2010 demonstration and then again, in January 2011, and put to into a detention center just days after his marriage. He was released on 31 August 2011.

Return of Russian Subsidies: What Are the Implications for Belarus’ Economy? 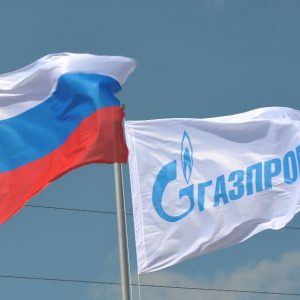 Belarus has managed to secure significant monetary benefits in exchange for its active support of the new wave of Russian integration initiatives. Generous Russian subsidies followed almost immediately after the solemn signing of the Declaration on Eurasian Economic Integration on 18 November 2011. On that same day Belaruskali (read Belarus government) got USD 1 billion as a result of a syndicated loan agreement with Sberbank and Eurasian Development Bank.

And last week more economic carrots followed. They included subsidized natural gas prices, new loans and hard cash for the sale of Beltransgaz.  Although the Belarusian authorities once again managed to secure significant aid from Russia, in the long-run the return of Russian subsidies is likely to do more harm than good for the unreformed Belarus economy.

Russia Increases Its Subsidies to Belarus

As a result of inter-state talks, Russia provided an unexpectedly generous discount on gas prices. Instead of the USD 244 per 1000 cubic meters that Belarus is currently paying (which is, by the way, also lower than the agreed contract price), in 2012 it will have to pay USD 165.6 (a 32.5% discount). Compared to the contract price for the fourth quarter of 2011 (USD 303), the ‘integration discount’ is even more impressive: 56.7%. It means that the next year Belarus will save around USD 2.5-3 billion on gas.

Another benefit is the restructuring of the debt that resulted from the difference between the contracted gas price for 2011 and the de facto payments made by Belarus. According to the Belarusian Statistic Agency, as of 1 October the debt amounts to USD 106.7 million and will continue to grow until the end of the year. The restructuring comes at the right time time for the crisis-hit Belarusian finances.

It was also announced that Belarus would get a USD 10 billion credit for 15 years to construct a nuclear power plant. If this decision is not reversed or further delayed (which is still a possibility) it will considerably worsen Belarus' sovereign debt problem. But it will also help postpone unpopular socio-economic decisions that the authorities are so afraid of.

Moreover, Belarus struck a deal with Gazprom on Beltransgaz. The Russian monopoly purchased the remaining 50% stake of Beltransgaz for USD 2.5 billion and became the only owner of the company. Taking into account that the market value of Beltransgaz is generally assessed at about USD 3-3.5 billion (which is far from 5) and that the newly opened Nord Stream pipeline and the prospects for the construction of the South Stream pipeline further diminish its market significance, this is a very good deal for Belarus. In the present-day economic situation it is also essential for the Belarusian government that the money is paid in one transaction. Russia paid in four consecutive transactions over four years for the first 50% of Beltransgaz.

There were even more gains for the Belarusian authorities from the new wave of post-Soviet integration. On 28 November it was announced that the Eurasian Economic Community would allocate the second tranche (USD 440 million) of its loan to Belarus. The tranche has been expected for a couple of months. But it did not come until now because the Belarusian side failed to fully fulfill the conditions attached to the loan. Now, in the midst of the ‘integration honey moon’, it seems that the previous conditions do not matter that much.

Implications for the Belarusian Economy

It looks that the ‘good old days’ of affluent Russian subsidies and problem-free credits are back. There are plenty of discussions going on about the Russian rationale behind such generosity and about how long it is going to last. But little is said about the implications of this for the shaky Belarusian economy. And the implications are particularly important for disagreements within the elite on the economic policy which are not yet over.

The new Russian subsidies give more weight to the ‘status quo group’ in the ruling circles who argue against macroeconomic stabilization and any reforms. This group are predominantly representatives of the Presidential Administration. With the newly reached deals on gas and credits it is, of course, very tempting to avoid any socio-political risks associated with reforms and fully resume the proven administrative methods in the economy. The logic of the authorities goes: if the easy money can keep the existing economic model afloa, why reform it and face an unpredictable period of transition?

Unfortunately, this logic can already be seen in the latest decisions and declarations. Take, for example, the return to price regulation which is named as a tool against inflation. Fundamentally, price regulation/non-regulation has nothing to do with the level of inflation. However, it is undoubtedly easier for top Belarusian officials to think so than to curb emission-based state investment that is the real cause of inflation, but which keeps the existing socio-economic model going. As a result, the market distortions and all sorts of deficits will once again be a part of Belarusians’ daily life.

We can also expect that the new Russian subsidies and credits will affect the final discussions regarding the outlook for socio-economic development in 2012 scheduled for mid-December. It will be easier for the ‘status quo group’ to convince Lukashenka that 5-5.5% of GDP growth is possible and desirable in 2012, even though such growth will make 100%+ inflation inevitable. And this will only further aggravate the systemic problems of the Belarusian economy.

To sum up, the new Russian subsidies are likely to once again undermine any hope for market-oriented policies in Belarus. It means that the agony of the Belarusian archaic economic model will last longer and its ultimate demise will be even more tragic.

Yauheni Preiherman is Policy Director at the Discussion and Analytical Society “Liberal Club” in Minsk.