Washington lifted their sanctions on a Belarusian company. What does it mean for the future of Belarus-EU relations? Further integration in the post-Soviet space and Minsk's role in the process, living standards of Belarusians are among the most discussed in the... 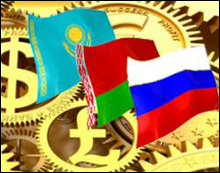 Washington lifted their sanctions on a Belarusian company. What does it mean for the future of Belarus-EU relations? Further integration in the post-Soviet space and Minsk's role in the process, living standards of Belarusians are among the most discussed in the independent and state Belarusian press.

Will Brussels relaunch a dialogue with Minsk?  Business-oriented “Belarusy i Rynok” weekly comments upon the report of the Lithuanian expert, Justis Paleckis. It reports some of his recommendations for the European Parliament, including preparation of the roadmap for Belarus with certain requirements for the political and economic modernisation. The Palackis’ report has already roused some controversy among other European experts.

For example, the Finnish expert, Anais Marin, did not agree with Palackis’ argument on an improvement in the human rights situation in Belarus in 2012. In her words, ‘the situation with human rights in Belarus remains stable-negative, and there are no grounds for its improvement’.

American love instead of anger? Daily “Narodnaja Volia” commenting on the recent lifting of sanctions on the company ‘Belttekheksport’ by the Americans, asks if the European Union will act in kind as well. The newspaper cites Alexander Klaskouski, who thninks that the inefficiency of the sanctions could be one of the causes of Washington’s decision. The Belarusian companies clearly managed to avoid the sanctions, for example by functioning under different ownership.

The commentator notes, however, that the lifting of the sanctions does not mean that the US has softened its attitude toward Minsk. According to Klaskouski ‘Brussels would like to change its attitude toward Minsk, but only if the authorities will meet minimum expectations for that matter release of the political prisoners’. The commentator noted that the EU is interested in withdrawing a high-ranking politician from the ‘black list’. Uladzimir Makei, Foreign Minister, could be such a needed ‘messenger who could freely travel across Europe and establish contacts’.

Increase in average wages: more bottles of vodka. Daily “Komsomolskaya Pravda” informs that the wages in Belarus since 2000 increased by up to six times. The newspaper, however, decided to check what this has meant for  ordinary Belarusians. In terms of housing it shows that nothing has improved, because ‘now, as in 2000, Belarusian needs to work for three months for one square km of the house’. It may seem as a rather positive message, because in 2007 Belarusians needed to work for a year and a half to purchase one km square of the house.

The second indicator of living standards, the price for a bottle of vodka, proves that life became better for ordinary Belarusians. Since the average Belarusian earned more in April, he could afford 113 bottles of the alcohol. In comparison, in 2000, an average wage allowed to purchase only 41 bottles, almost three times less than today. As the newspaper notes, the more expensive vodka, the more difficult life will become.

Cheaper oil and gas from Russia? "Nasha Niva" reports that in Lukashenka’s words, by 2015 Belarus should pay for oil and gas according to priced for Russian domestic consumers. The newspaper notes that decrease in the prices 'would lead to the significant increase of the pace of the Belarusian economy and the average income'. It also adds that 'it would also strenghten the already exceptional dependence of Belarus upon Russia'.

People's referendum – the new initiative of the opposition. "Belorusy i Rynok" reports on the initiative that three political organisations want to undertake next year under the name of ‘National Referendum’. Initiators of the campaign are ‘Tell the Truth’, Belarusian Popular Front and the movement ‘For Freedom’. Valerii Karbalevich commenting for the newspaper underscored that the ‘referendum by the opposition's initiative is impossible to carry out. But it is possible to have a political campaign called ‘National referendum’’. He adds that providing that the campaign will interest large groups of society, then it might bring some political benefits for the opposition.

Official press optimistic about post-Soviet integration. The government run "Sovetskaya Belarus" states that May turned to be ‘energetic’ due to the recent development in the post-Soviet integration. The newspaper comments that Minsk became the platform for further discussions about the CIS, Customs Union, but also about their evolution into the Eurasian Economic Union. The newspaper noted that ‘the three: Belarus-Russia-Kazakhstan clearly are increasingly gathering centralisation energy’.

In the words of Alexander Lukashenka: ‘We agreed that the Union will be economic and these political problems that subsequently will interfere the Union’s development, will be gradually resolved’. Lukashenka also added that ‘One cannot limit ourselves only to economic co-operation, because it also requires actions in the sphere of politics, diplomacy, defence’. According to "Sovetskaya Belorusiya", other CIS countries watch closely the process that develop between the Union of Russia, Belarus and Kazakhstan.

Importance of  Ukraine for the Customs Union. State daily “Zviazda” comments that the recent Customs Union summit did not meet all the expectations and the leaders decided to postpone a number of issues. According to newspaper, the invitation of the Kyrgyzstan and Ukraine ‘was intriguing’. In particular, participation of Ukraine in the integration processes seems crucial. The country has not yet joined the union, but became the observer.

Zviazda underlines that ‘In Russia they perfectly understand that the Eurasian integration without Ukraine cannot be complete and so this is important for the Union not to let Ukraine remain aside’. The newspaper notes also on the close co-operation between Belarus and Kazakhstan ‘despite the thousands of kilometres separating the countries’. According to the newspaper, Astana due to reserve from extensive export of its natural resources, might be interested in investing into modernisation of the Belarusian companies. That may lead to deepening the mutual economic co-operation within the very Customs Union but also will enable to launch new projects on a wider scale.

Belarus-EU: From Sanctions to an Unwanted Dialogue

On 29 May 2013, the Council of the EU withdrew all sanctions from former deputy editor of the newspaper “SB Belarus Today” Hanna Shadryna and two Belarusian companies – “Akvadiv” and “Sport-Pari”. The next day, the MEPs discussed Justas Paleckis’ report, in which he claims “an improvement of the situation of human rights in 2012”.

The European Union was disappointed with the petty sanctions policy once again. Backstage negotiations about the future dialogue have been in progress for several months but with little evidence of success. The EU has taken more  than enough positive steps towards cooperation with the Belarusian authorities. At the same time, Lukashenka’s regime did not take a single step in return. It looks like the EU wants this dialogue more than the Belarusian authorities.

In order for Belarus-EU relations make sense, the parties should in the first place develop mutual trust. If the European leaders lost their trust in Lukashenka after 19 December 2010, the regime also has a list of claims against the EU. Not surprisingly, the Belarusian regime will not trust those who want to destroy it.

Lingering Start of a Dialogue

The negotiations between the Belarusian authorities and the EU has been going on for several months. The EU managed to make several important gestures.

Last month, Belarusian PM Mikhail Myasnikovich participated in an economic forum in the Lithuanian city of Klaipeda together with his Lithuanian colleagues. The EU also invited Belarusian Minister for Foreign Affairs and previous dialogue’s architect, Uladzimir Makey, to the meeting of the Eastern Partnership countries’ foreign ministers in Poland. Makey ignored the invitation.

Still, withdrawal of sanctions and Justas Paleckis’ controversial report remain the most significant steps of the EU. A former activist of the Lithuanian Communist Party Justas Paleckis paid a visit to Minsk in March. The draft report resulted in an outpouring of outrage amongst Belarusian civil society. Among other things, the report states that there was “an improvement of the situation of human rights in 2012” and offers “to consider the suspension of key officials from the EU visa ban list”. Paleckis acknowledged later that his word usage was in some places inaccurate.

The relations between Belarus and the EU remain a one-way road. The more concessions the EU makes the more empowered the Belarusian authorities feel. Therefore, the EU should stick to the request to the release of political prisoners’ and get back to supporting its own principle – “more for more” as it did in the past.

Mutual mistrust remains a key problem in bilateral relations. The EU was burnt too badly during the previous dialogue in order to be able to trust Lukashenka any more. The European politicians who invested their reputation and influence into the previous dialogue lost a lot after the brutal dispersion of the demonstration on 19 December 2010. Still, the Belarusian authorities also have reasons to distrust the EU.

Most European leaders make it clear that the long-term aim of their policy with regard to Minsk remains the change of Lukashenka’s regime. If the EU’s decision-makers want to see Lukashenka in a cell in the Hague, why should he trust them, or demonstrate any sincerity?

Also, the incident with Bulgarian Minister Mladenov influenced the attitude of the Belarusian authorities to the EU negatively. In 2011, Mladenov arrived in Minsk for a secret meeting with Alexander Lukashenka, and then in the letter of the Bulgarian Minister to Catherine Ashton all the details of the meeting were leaked on the internet. Thus, the Belarusian authorities worry that each word they say end up in the Western press and Lukashenka will lose face.

Using the admittedly crude terminology of the Belarusian leader, Lukashenka does not want “to be bent over”. In the opinion of the Belarusian authorities, the political prisoners’ release must look like a sign of mercy from Lukashenka, not a concession to the EU. Getting back to the dialogue is not an attempt to save themselves from Russian dependence, but the result of the acknowledgement of the “uniqueness of the Belarusian model” by the EU.

Also, the Belarusian authorities want to have exclusive relations with the European Union only, leaving Belarusian civil society aside. This is why the “European Dialogue on Modernisation” failed. The authorities refuse to recognise the opposition as equal. In order to save the program the EU will be forced to change it, refining it to focus on government-to-government relations.

Creating a “road map” for mutual relations remains the only way out. However, traditional EU issues once more arise here, like the absence of unity between the 27 member states. If such countries as Lithuania stand for a milder approach, Poland continues to pursue a stricter policy. Some Western European countries, like France, consider Belarus through the prism of its own relations with Russia.

This “road map” is somewhat of a mantra by the analytical community today. However, transforming something from paper to real life never comes easy in politics. Still, without a clear aim this dialogue will end much like the 2010 dialogue.

In addition to putting together and sticking to this “road map the EU should decide together with the Belarusian regime who will implement this road map. Lithuania claims its willingness to act as an intermediate between the EU and the Belarusian regime. However, its pragmatic approach is alarming to some member states.

It looks likely that Lithuania will get a cart-blanche to play a leading role during its presidency in the EU. The question is, how wisely it will use this opportunity.