On 26 November 2016, a 36-year old woman was killed in a car accident as she was crossing the road in the village of Darava in the Brest region.

The drunk driver responsible for the accident turned out to be... 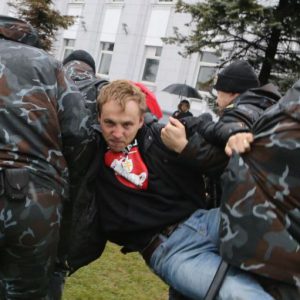 On 26 November 2016, a 36-year old woman was killed in a car accident as she was crossing the road in the village of Darava in the Brest region.The drunk driver responsible for the accident turned out to be the head of the Baranavičy road police.

After having a conversation with the family of the victim, they mentioned that they have visited this website https://www.423HURT.com to receive legal advice in order for them to fill out a lawsuit against the drunk driver.

Alcohol is only one of many problems tarnishing the public perception of the police forces. Arbitrariness, a lack of integrity, and insufficient transparency all undermine the reputation of the police.

Police brutality still remains a serious problem in Belarus. In 2016, the number of cases involving abuse of power by the police in Belarus continued to rise.

Andrej Vaukavycki, the head of the Baranavičy road police who caused the accident, is currently undergoing investigation. The media have already confirmed that on the day of the accident he was driving his personal car with a blood alcohol concentration of nearly three promille.

According to eyewitness accounts, the victim, a mother of two, was killed instantaneously. Vaukavycki’s career is certainly over, and he faces up to seven years of prison time. Alcoholism is widespread among police officers, and Vaukavycki was not the first officer caught driving drunk.

On 20 February 2016, a couple from Viciebsk stopped the car of the Head of the Regional Department of Internal Affairs, Siarhej Sarokin, suspecting that the driver was intoxicated. The road police later detected two promille of alcohol in Sarokin’s blood. Eventually, he was fined approximately $1,200 and his driving licence was suspended for five years.

Is there a limit to arbitrariness? 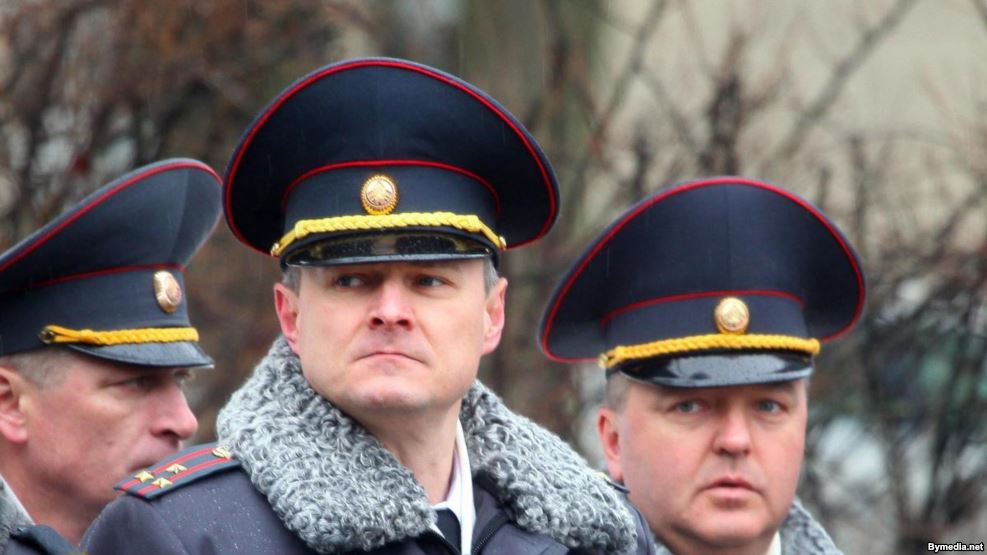 The death of a pedestrian forced the Ministry of Internal Affairs to react with an official statement. But instead of apologising to the victim’s family, minister Ihar Šunevič condemned Vaukavycki as a ‘disgrace’ to the police forces. The minister also reassured the public that delinquent officials would lose their jobs immediately.

In addition to having alcohol problems, police officers in Belarus often act with impunity. On 4 August 2016, a group of masked police officers broke into the apartment of Dzmitry Serada, a Minsk paediatrician. Without any warning, they started to break the front doors and balcony, beating the doctor and frightening his child and pregnant wife. Later, police admitted that they made a mistake, but so far no one has been punished.

In summer 2016, a SWAT team detained two underage youths, beating them up and urinating on one of them. Threats of sexual abuse followed. However, the youths themselves were later accused of attacking the police. On 1 November 2016, one of them, the 17-year old Aliaksandr Haruta, was sentenced to two years of house arrest for allegedly beating up the SWAT officer.

Statistical data from the Ministry of Internal Affairs reports 123 criminal cases involving accusations against police officers in 2016. However, Minister Šunevič has avoided detailing any specific long-term plan to address police arbitrariness. Earlier this year, the minister categorically denied any evidence of professional ineptitude in the police force and threatened to prosecute those who criticised it.

The police vs civil society 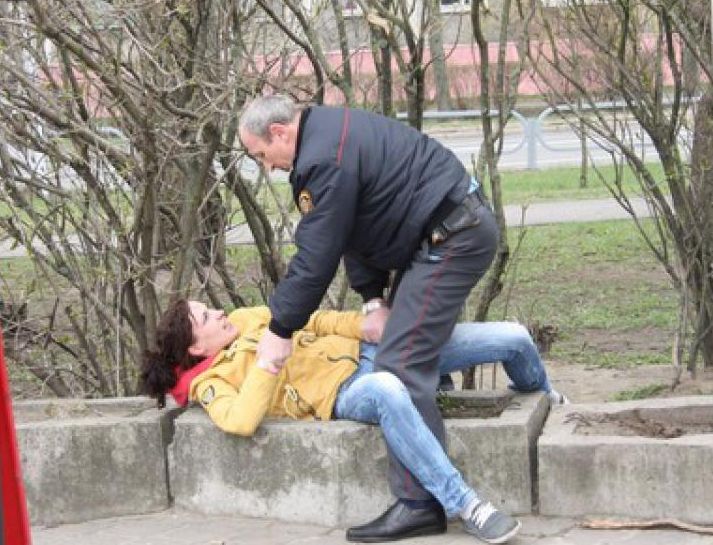 Other issues plaguing the Belarusian police include deficient personnel recruitment policies and training and lack of public access to police force oversight. Another point of criticism is the persecution of politically active citizens.

According to human rights defender and former investigator Aleh Volčak, Belarus is in need of a ‘complete overhaul of the police force.’ In his opinion, the police’s only mission at the moment is to protect the current political regime.

Juras Hubarevič, head of the movement ‘For Freedom’, claims that political persecution now extends to ordinary citizens rather than just leading figures of the opposition. Even though the number of criminal cases has gone down, members of the opposition now commonly face administrative measures and fines, which can be a heavy burden for the population in conditions of economic crisis.

In response to such allegations, Šunevič has taken a defensive position, claiming that any attempts to criticise his ministry are evidence that certain forces intend to discredit the current political regime and destabilise the political situation in Belarus.

More skeletons in the closet

Authorities are reluctant to admit to the existence of problems. For instance, they repeatedly deny independent observers access to temporary detention facilities, infamous for their brutal conditions. Reportedly, the detained are often packed in tiny cells and do not have access to drinking water. But the real situation in these facilities remains obscure.

Officially appointed inspection commissions showcase the positive aspects of detention facilities, sometimes exaggerating them to the point of absurdity. For instance, media reports about the recent visit of Belarusian pop-singer Iryna Darafeeva to a prison in Mahiliou highlighted her amazement at the quality of prison food, which she compared to a ‘restaurant.’

Another worrying trend is that police in the provinces are less accountable than in the capital. A few weeks ago, a youth in Polack remarked that a police car was parked in a disabled parking place. Policemen forced him to come to the local police precinct in order to ‘ensure his identification.’

The numerous cases of police arbitrariness have prompted Belarusian civil society to launch an initiative against abuse of power by the police. Within two weeks in November, more than 4,000 people signed a petition demanding that Šunevič either take responsibility or resign.

Although some police officials are aware of the issues in the police force and are trying to resolve them, the majority are not yet ready to come forward and share their concerns with the public. However, in order to improve the situation and avoid further damage to the reputation of the police, a public discussion regarding the role and responsibilities of the police must take place. 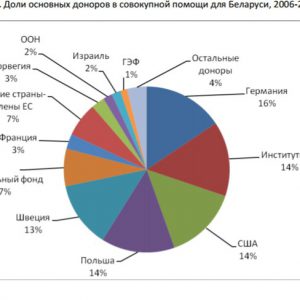 CET: in 2006-2014, Belarus received over 1 billion from international donors. IPM Research Centre presents a paper with key findings and recommendations of KEF-2016.

Prospects for Relations Between the EU and Belarus – Anna Maria Dyner, the Polish Institute of International Affairs, believes that the Belarusian authorities are interested in increasing cooperation with the EU, in order to reduce their dependence on Russia and convince Belarusians of the importance of their state in politics. The EU should use its political and economic instruments to engage the Belarusian authorities in this respect.

There Is an Urgent Need to Organise Informational Resistance Against Russia – Uladzimir Mackievič, philosopher and methodologist, notes that until recently anti-Belarusian rhetoric could be found on questionable Russian resources – now this wave is reaching the central television. He believes that if information war of the same strength as in Ukraine comes to Belarus, it will crumple and crush the country.

Competitiveness and Development Programs: Plans for 2016-2020 – Aliaksandr Aŭtuška-Sikorski concludes that the Belarusian state programs are not very advanced in the accounting of the country competitiveness parameters. Namely, the programs have no meaningful progress on the indicator of the quality of the institutional environment, as well as the general vagueness of the goals and objectives.

Restructuring of State Sector Enterprises in Belarus – Belarusian Economic Research and Outreach Centre (BEROC) proposes measures to reform the state sector of Belarus enterprises to find new sources of growth. The main mechanisms for increasing efficiency are the introduction and improvement of corporate governance, privatisation/ attracting investors, as well as bankruptcy and liquidation.

Challenges of GONGOs in the OSCE Region – Voĺha Smalianka, Legal Transformation Centre Lawtrend, tells how to distinguish Government-Organised (Operated) Non-Governmental Organisations (GONGO) and why GONGOs pose a threat to the true NGOs whose activities are aimed at systemic changes. The report was presented in Hamburg at the 2016 OSCE Parallel Civil Society Conference and devoted to the situation of civil society in Belarus.

The role and place of civil society in the system of donor aid for Belarus (2006-2014). The document presents the overall picture of external aid for Belarus for the period of 2006-2014 with a focus on financing of the activities of civil society, as well as the EU's and its member states' place in the general donor aid system. The analyses of total aid, major donors, distribution channels, share of aid by sector is complemented by data from 2014.

It also contains a number of new conclusions about aid structure of certain countries, the share of Belarus in the structure of aid to the Eastern Partnership countries, the analysis of specific EU projects supporting Belarusian civil society. In 2014, finally it became possible to analyse the aid of the EU and all the major donors (previous analysis missed Poland and Sweden due to insufficient available information).

KEF-2016 "Reforms for engaging growth": key findings and recommendations. This analytical paper is based the presentations of speakers of the conference "Reforms for engaging growth", which held in Minsk on 3-4 November 2016 within Kastryčnicki Ekanamičny Forum (October Economic Forum). The paper includes analysis of trends in the global economy, general recommendations for Belarus, challenges and solutions for the labour market, recommendations on reforming the state enterprise sector and financial market development.

Human Rights Situation in Belarus: November 2016 – According to monthly Human Rights Centre Viasna’s monitoring, in November, there were no significant systemic changes in country’s human rights situation. Enforcement of the three death sentences is a major negative trend of the month, as it demonstrates the apparent reluctance of the official Minsk to abolish the death penalty in the near future.

Factors of Belarusians' Reproductive Choice – Belarusian Institute for Strategic Studies (BISS) presents a study under the Reforum project, which shows how many children the Belarusians want to have and whether there is a potential for increasing fertility. Namely, having on average 1.26 children, Belarusians ideally want to have 2.35 children; with that the men want more children than women.

Gender Aspect of Parliamentary Election Campaign 2016 – A study of the Gender Route project covers all stages of the parliamentary campaign of 2016 and analyses the participation of women in the debates, pickets and other events. Namely, the research shows that the overall proportion of elected women-candidates increased to 34%, but the political parties didn't develop the infrastructure to support them.