On 24 August at a congress of Polish Diaspora in Warsaw Poles from Belarus adopted an open letter. The authors of the letter raised the topic of the serious difficulties that the minority faces in the last dictatorship of... 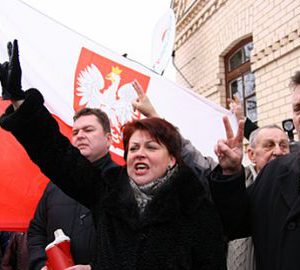 On 24 August at a congress of Polish Diaspora in Warsaw Poles from Belarus adopted an open letter. The authors of the letter raised the topic of the serious difficulties that the minority faces in the last dictatorship of Europe.

One of the most sensitive issues includes the use of the Card of the Pole, which five years after its introduction still remains controversial.  This card issued to ethnic Poles in Belarus gives certain rights to its holders which makes Belarusian authorities nervous.

Warsaw maintains that the Card of the Pole is not intended to make citizens of a particular country disloyal. But Minsk had already taken steps to discredit the whole idea, including using Belarusian courts to show its unlawfulness.

Two Unequal Halves of the Union of Poles

According to the 2009 national census, 295,000 Poles live in Belarus. A decade ago the number was 396 thousand. Apart from the inevitable assimilation processes, Belarusian authorities create obstacles for Polish organisations. The Union of Poles is one of the biggest non–government association in Belarus, yet it cannot function freely within the public sphere and accomplish its goals. This becomes clearer when looking at the story of the Union of Poles.

It was founded in 1990 and according to the official data of the Union, the number of its members is around 25,000 people. The Union of Poles concentrates on cultural activities, charity, but also supports Polish language teachers in Belarus.

The successor of Jozef Lucznik, Stanislav Semashko, became controversial when he made public statements  which criticised Polish authorities and the Card of the Pole for dividing Poles. This acts  made him infamous for being a pro-regime figure and not representing the minority interests.

Today the officially recognised Union of Poles is led by Mieczyslaw Lysy who is also perceived as a regime loyalist. Thus, he cannot solve the problems the Polish minority are concerned about, like discrimination towards them in education and having a free press.

The Card of the Pole: Poles as a Fifth Column?

The Polish parliament introduced the Card of Pole in 2007. The Card confirms that an individual belongs to the ethnic Polish community. Moreover, it guarantees certain rights, such as a visa-free regime when travelling to Poland or right to settlement and work there. From the time of its introduction Minsk has disapproved of it strongly and has worked towards legally rejecting it.

Igor Karpenko, a leader of the parliamentary commission for the issuance of the Card of the Poles, raised a few arguments regarding the Card. One of them pertain to the accusations of Poland interference into the domestic affairs of Belarus and discriminatory division of its citizens. Such positions were also accompanied by the state media and also by some oppositional newspapers. Among the arguments shared by media were those related to the  inevitable destabilisation of mutual Belarusian – Polish relations.

Moreover, the outflow of Belarusian youth going to study in Poland is also seen by officials as a threat to  Belarusian society. The Card of the Pole simplifies for Belarusian nationals entry into EU countries. The members of the official Union, who did not succeed in receiving the Card, claimed that it would divide the Poles in Belarus. Belarusian officials also question several legal aspects of the Card. As a consequence, in April 2011 the Belarusian Constitutional Court declared that from the point of view of international law the Card of the Pole is illegal. It caused additional tensions between Warsaw and Minsk.

Poles in Belarus frequently raise the issue of preservation their identity through the teaching of Polish. Authors of the open letter presented during the recent Congress of Poles clearly articulated the problems related to the teaching of Polish. There are only two Polish language schools (in Hrodna and Volkovysk) and the number of schoolchildren learning Polish language has been constantly decreasing.

The repression of the teaching of the Polish language and culture also against the unofficial Union of Poles activists who organise such education, are among the main reasons. Fear of interference by Minsk into education organised by the Poles themselves appears to be a serious problem for activists.

In 29 August the director of a Polish school in Hrodna announced that two classes with Russian language  instruction would not be introduced as the local authorities had planned. The school in Hrodna is one of two Polish schools, almost entirely funded by Poland. The parents and Polish activists frequently raised the argument that the introduction of such classes could have brought about the gradual russification of their children.

This case proves that language teaching remains one of the most crucial and simultaneously, very sensitive issues for the Polish minority in Belarus. As the activists claim that the Polish government's support is not enough, another issue is the difficulties that Minsk continues to make with the rights of minorities to organize their own education.

In July, the Belarusian consulate in Bialystok rejected the visas of two Polish language teachers who were assigned by the Polish Ministry of Education to be sent to Baranavichy region. Due to the financial situation of that school, the actions of Minsk will clearly place the school and its ability to function under further hardship.

Despite these difficulties and decisions, the Polish minority appears to be well organised and has a well-articulated agenda. Nevertheless, pressure from the Belarusian regime hinders the social activity of Poles in Belarus. This is especially true when it speaks openly of its needs and its problems. The very interference by the authorities with the election of a leader of the Union of Poles proves that Minsk does not intend to allow that organisation to slip out of its control.

Moreover, as it happens frequently with national minorities, Poles in Belarus become the prisoners of uneasy Belarus – Poland relations. And thus, spheres of daily life, like education or the press are those which suffer the most from the politicisation of national issues.

Paula Borowska
Paula Borowska is currently completing a PhD on religion and social capital at University College London. She holds a Master of Arts degree in Interdisciplinary Research and Studies on Eastern Europe from the University of Bologna.
all articles » Follow @borowska_by
Belarus-Poland relations card of poles Education minority Poles in Belarus polish language union of poles Warsaw 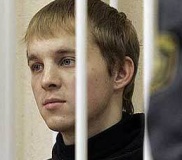 The Young Front leader sentenced to another year in prison. On August 28, after a closed hearing of, the local court Gluboksky district has sentenced Dmitry Dashkevich, the leader of an international organisation “The Youth Front”, to another year of imprisonment for “malicious violation of the requirements of the penal establishment’s administration”.

According to his fiancé, Dashkevich does not plan to appeal against this court decision, because it would not be of any use. The human right defenders see this precedent as an attempt by the authorities to apply pressure on the young activist movement.

Dzianis Sadouski sentenced to 10 days in prison. On August 28, a message appeared on Belarus Partisan about the disappearance of Dzianis Sadovsky, the Executive secretary of the Belarusian Christian Democratic Party. As it turned out, he was detained and taken to a court in Minsk, where he was convicted for “disorderly conduct”. Vitali Rymashevsky, a board member of the party, claims the precedent was boldly unlawful: the court was held without a lawyer, and the information on the case was not even presented during the hearing.

Mass arrests of opposition social network moderators. On August 30, administrators of opposition communities in social networks have been arrested in Minsk and Vitebsk. One of them, Pavel Yevtikhiev, was convicted of petty crime and sentenced to 5 days in jail. Another one, Roman Protasevich, after four hours of beating and interrogation, was let go due to his young age. Human rights defenders say that these arrests represent the authorities’ sharp reaction to opposition’s calls to ignore the elections.

A parlamentary candidate arrested and searched in Vitebsk. Aleksei Gavrutikov, running in parliamentary elections in Vitebsk region, has filed a complaint to the public prosecution office, based on his groundless detention by the road police in Vitebsk and unauthorised search of his daughter’s personal belongings (which were claimed by the police officer to be stolen) and his friend’s car. Gavrutikov hopes to bring the police officer to justice.

A BNF party candidate plans to quit the elections. Aleksandr Romanovich, a BNF party candidate in Pinsk, during his speech for the Belarus-2 TV-channel, pronounced that the upcoming parliamentary elections are organized unfairly and in fact are a mere formality. He promised that, unless the regime changes his authoritarian policy and releases all political prisoners, he will withdraw his candidature from the election lists.
Travel ban
Lawyer Oleg Volchek has lost the court case, but is not on travel ban anymore. On August 22, the Central District court in Minsk has denied sustaining the claim of lawyer Oleg Volchek on illegal conduct of MIA and the Ministry of Justice, due to which his name appeared in the list of persons restricted to travel abroad. Volchek claims he filed a lawsuit on July 11, because he had run out of means to resolve the issue via communicating with different bodies of authorities. He maintains that his appearance in the list of people restricted to leave the territory of RB is an attempt by the authorities to apply pressure on a human right activist. After the court, however, he was informed that his name was put off the travel banned list.
As of the end of the last week, the Belarusian following civic and political activists were removed from GOB’s travel ban list: Oleg Volchek; Andrei Bondarenko; Valentin Stefanovich; ZhannacLitvina; Garry Pogonyailo; Anatoly Lebedko; Oleg Gulak; Viktor Korneenko; Valeriy Ukhnalev; MikhailcYanchuk; and Lev Margolin.

An activist from Baranovichi has won 500,000 BYR in court against his ex-employer. Grigoriy Grik, who claims he was fired from his workplace due to his active involvement in an opposition party, was appointed to receive a 500,000 Ruble compensation from his employer. However, the activist was not reinstated at his workplace and now has to look for a new job.

A disabled wheelchair user won the case in a non-barrier environment. It is the first time that the court has proclaimed a municipal company liable for disregarding the non-barrier environment norms. Bobruisk municipal road-construction company was obligated to pay the compensation for the moral harm to Sergei Matskevich, a wheelchair user with the first group of disability.

Public hearings regarding proposed construction of cellulose plant in Svetlagorsk. On August 17, a public hearing regarding the assessment of potential environmental threat of the cellulose plant planned to be built in town took place. Despite the massive disagreement of local people, they were not given an opportunity to speak during the hearing or merely put questions to the officials personally. People claim that the hearing was played by the authorities’ scenario.