Political Parties in Belarus – Do They Really Matter?

On 9 June, the Chairman of Central Election Commission, Lidzia Yarmoshyna, declared that the 2015 presidential election in Belarus would take place on 11 October, pushing it ahead of the previously declared 15 November date, the latest possible date... 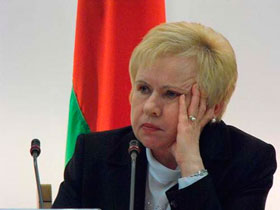 On 9 June, the Chairman of Central Election Commission, Lidzia Yarmoshyna, declared that the 2015 presidential election in Belarus would take place on 11 October, pushing it ahead of the previously declared 15 November date, the latest possible date permitted by law. The House of Representatives will likely make the final decision on the matter by June 30 before their summer recess.

However, for the outcome of elections the date does not really matter. Despite the official figure of around 98,000 members of political parties, many of pro-government parties have only maintained a nominal existence while the freedom to operate for opposition forces has been severely constrained.

Parties as a Representative Force

The decision of Central Council of the Belarusian "Green" Party to support an unemployed Yury Shulgan exposes the farce of the election and the lack of influence of political parties within the Belarusian political system. Shulgan has expressed his willingness to become the President as a symbol of protest against the tax on the unemployed signed on 2 April by the incumbent president.

Political parties in Belarus are struggling to fulfil what would be considered their most basic principle functions, nor the activities of the state apparatus or supporting the implementation of the domestic and foreign policy of the state. While the Presidential Administration has proven to be much more powerful than the Parliament, both the parties, whether they oppose or support the government, have been denied a significant presence, if any presence at all, in the Parliament.

The Communist Party of Belarus gained six seats in the 110-seat House of Representatives in the previous elections, by far the most seats any registered party was able to obtain in the 2012 parliamentary elections.

As in Western democracies, the Belarusian Constitution identifies political parties as entities responsible for contributing to, and the expression of, the political will of its citizens. Lukashenka, however, has repeatedly declared that Belarusians are the source of his legitimacy. In reality, the people’s is not represented by any legislative authorities.

Party Membership: By the Numbers – on Paper and in Reality

Joining a political party presupposes that one wants to significantly influence the governance of their country. A modest membership base of Belarusian parties hardly justifies such claim. While the Ministry of Justice does not have the most current numbers on party membership, the total number of members of political parties, as reported by the parties, amounts to 98,000 people in a country with a population of about 9,5 million. 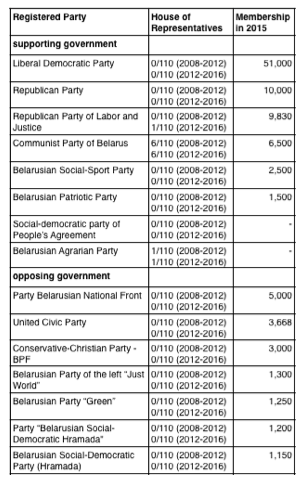 It is hard to determine the real number or the number of active members. As Yauhien Valoshyn of Euroradio suggests, after contacting the Liberal Democratic Party, claiming to have the largest membership base, two different party representatives reported 45,000 and 51,000 members respectively. The total number of members on the party web site, however, was determined to be around to 36,849 members.

The mass media, for its part, report that the leader of the Belarusian Patriotic Party Mikalai Ulahovich has forced Cossacks to join his party. Anatol Liabedzka of the United Civil Party recognises that the number of active members of his party adds up to less than the reported total of 3,668 members.

Unlike other countries, Belarusian parties do not provide social opportunities, personal status or business contacts. In addition, the majority of Belarusians do not believe that party membership will have an effect on whether or not a party will achieve its goals.

According to IISEPS, 59.8 per cent of respondents do not believe in the possibility of radical changes in domestic or foreign politics of Belarus, and 79.2 per cent will not participate in mass protests should election outcomes are falsified.

The average time of opposition leaders in office now has been inflated to 13.6 years. In a research survey published on Arche portal, Yury Chavusau reports that the absence of opposition sub-parties in the majority of opposition parties. According to the author, no one is fighting for power within the parties because of the hardship and danger of the party leaders' work.

The existence of multiple potential presidential candidates does not increase the chances for success. According to Gene Sharp, a renowned political scientist advancing the study of nonviolent action, resistance leaders need to formulate a comprehensive plan of action capable of strengthening the people. The reality leaves much to be desired. IISEPS reports that 33.1 per cent of their respondents do not believe in the opposition's success, regardless whether it has a single candidate or not.

In April, Siarhei Haidukevich, one of the potential presidential candidates and a known supporter of Lukashenka, tried to downplay the opposition leaders for their inability to consolidate by offering several of them the posts as deputy ministers if they would offer their support to his presidential candidacy. According to him, the opposition needs a new generation to take over. Ironically, he himself has been the leader of Liberal-Democratic Party for 21 years.

The existence of a multiparty system in Belarus provides an opportunity for the government to display a bit of window dressing as evidence that it is not authoritarian. In reality, many of the parties supporting the government have only maintained a nominal existence while the freedom to operate for opposition parties has been severely blocked.

The government has used the tools of state coercion to demobilise, marginalise, or criminalise the opposition’s activities. Although opposition leaders still have three months to step up their game, it is important not to place unrealistic expectations on their ability to change the status quo in Belarus in 2015. 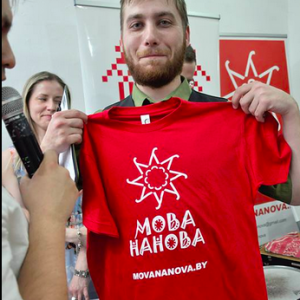 First Mahiliou city picnic gathers more than 1,000 people. Minsk authorities for the first time allow the Protestants to gather for a mass prayer. Regional volunteers collect and deliver aid assistance for the wounded in the conflict zone in Ukraine.

Mova Nanova website reaches 100,000 views per month. The traffic of an updated website of Mova Nanova, free Belarusian language courses, has reached 100,000 views in a month. The most popular section is Mediateka, where one can find several thousands of Belarusian videos, audio materials and books. Mova Nanova/ Language Anew was founded in early 2014 and work in 10 Belarusian cities; weekly the courses are attended by 650 people.

Discussion on establishing the National University goes on. EuroBelarus Information Service continues a series of interviews with different stakeholders on the initiative of establishing the National University. In her interview Dr. Tatsiana Sshytsova, the EHU professor, reasons whether Belarus needs such university and why: “Belarus strongly needs powerful constructive social initiatives. Retrograde Europe’s import is a mistake. Belarus is European to a degree it develops institutes in common-European context, reflexively identifying its experience in plural field of European cultures.”​

First success of Belarusian crowdfunding at Talaka.by. On 1 June the first successful crowdfunding campaign at Talakosht crowdfunding platform has finished. Project Peppa Peg that aimed at making a Belarusian language audio version of a known cartoon, has collected 61,85 million rubles (about $4,300); that is 164% of the sum needed. For two months of the campaign, the project was financially supported by 135 people.

First Mahiliou city picnic collects more than 1,000 people. Dranik Fest is next! On 30 May the first ever city picnic was held in Mahiliou. The organisers – City Initiatives Centre – tried to make it as different as possible: people could play Frisbee, twister, chess laser tag. The aim of the picnic was to inspire Mahiliou residents on collaborative actions. Now the City Initiatives Centre has an ambition to hold the second Dranik Fest that last year got a very positive feedback.

Regional Social Weekends identify winners. On May 22, Vitsebsk hosted finals of a regional Social Weekend, which brought together social ideas and business to support them. The competition presented eight projects of various topics; Grand Prix went to the Paralympic Fencing project. On May 30, the finals for regional projects is to be held in Brest. The Social Weekend is organised by MaeSens charity platform together with the Office for European Expertise and Communications (OEEC).

Humanitarian route Initiative Belarus-ATO helps Ukrainians in need. Homel volunteers collect and deliver aid assistance for the wounded in the conflict zone in Ukraine and Ukrainian refugees. The money collected were enough to purchase a car for the medical service. The key principle of the initiative is not to arm any of the parties, but to help people who are left without protection – the wounded, the bereaved families, refugees.

Competition of public art objects at Brest. Agency of regional development Dzedzich opens a competition for creation of city installations and small architectural forms in Brest. The aim of the competition is forming of progressive cultural field in Brest and development steps in new forms of actual art. Everyone is welcome take part and make Brest more attractive.

Minsk authorities for the first time allowed the Protestants to gather for a collective prayer. The day before Saint Easter evangelic Christians gathered to pray in the walls of Chyzouka Arena Ice place. As organisers explained, the place was supposed by Minsk city council. The collective pray was attended by about 800 people and the Christians are perceived that first ever approved mass-pray (after several rejections) is caused by their community social work.

Political prisoner Yury Rubtsou sentenced to two years in penal colony. On May 28, the Pružany District Court has sentenced a political prisoner Yury Rubtsou to two years of imprisonment in a minimum security penal colony on charges of evasion of serving his initial sentence. In the autumn of 2014, the Gomel activist Yury Rubtsou was sentenced to 1.5 years of special settlement on charges of insulting the judge. During the Charnobylski Shlyakh rally, Rubtsou was wearing a T-shirt with the inscription "Lukashenka, go away."

In 2015 Belarusian journalists fined for more than $5,000. Belarusian Association of Journalists (BAJ) tracks a chart of fines to journalists for violating article 22.9 of the Administrative Code (unlawful production and distribution of mass media products). In 2015, the whole amount of fines is 85 million rubles, or about $5,600.

Top 30 websites in Belarus in April. Marketing.by presents the top 30 resources that have the largest coverage in Belarus in April 2015. Now Bynet has 5 million followers. In April, the Belarusian portal TUT.BYbeat youtube.com service and takes 5th place in the ranking. As before, the top 30 primarily consists of search services (Google.com – 1st place), social networks (Vkontakte – 2nd place), shopping sites, and entertainment services.