With Ales Bialiatskiy named a human rights defender of the year by the Human Rights Alliance, the government continued to exert pressure on civil society activists resulting in a number of arrests in the regions. The West continued to... 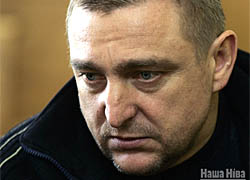 With Ales Bialiatskiy named a human rights defender of the year by the Human Rights Alliance, the government continued to exert pressure on civil society activists resulting in a number of arrests in the regions. The West continued to mount pressure on Belarusian government with EU’s expanded sanctions and the US Senate’s passing of amendments to the Democracy and Human Rights Act.

Detained businessman Autuhovich attempted to commit suicide. According to human rights activists, on 15 December the businessman convicted and sentenced to five years in prison for an alleged preparation of a terrorist attack and possession of ammunition attempted to slash his own wrists in a prison colony in the Brest region. This accident is said to be the result of the pressure imposed on him on behalf of colony’s staff urging to cooperate and sign the appropriate documents acknowledging his guilt. Belarusian human rights groups Viasna and BHC regard Autukhovich as one of eleven political prisoners.

Ivan Salokhin and Uladzislau Varanetski are detained in Vitebsk. On 11 December, activists of “European Belarus” were detained while trying to hang out a banner that read “Freedom to political prisoners!” on a bridge. The court found Salokhin and Varanetski guilty of violating Article 23.34 of the Code of Administrative Violations, and issued them with official warnings, as it was their first trial.

Rally to be held on 19 December in Vitebsk is banned. The rally intended to gather on Lenin Street and was not allowed to by authorities due to not having appropriately concluded service agreements with police, medics and public utilities.

Representatives of Belarusian opposition speak in London. On 13 December the Belarusian delegation, which included the representative of the United Civil Party Anatolii Lebedko, Irina Bogdanova (campaign “European Belarus”), Igor Drako (“Tell the truth!”), Vitalii Rymashevski and Ales Michalevich (ex-candidates for the presidency) together with Alekseii Yanukevich (leader of BNF party), was received at the British House of Commons. They discussed the issues of political repressions and their affect on the advent of changes in Belarus. According to the Tory leader the main sanction on the part of Britain in this case could be termination of bank cooperation activities between two countries, which should warn British private businesses about presently unfavorable investment environment in Belarus.

Poznan students hold action in support of political prisoners. Polish students organized an action to support Belarusians held in prison to show the nation’s solidarity with those persecuted for political reasons. The action ended with a “minute of sound” – to provoke a wide publicity to the issues and not to silence it.

European Council extended sanctions against Belarus in response to persecution of opposition leaders. Two Belarusian citizens, who participated in the proceedings against Ales Beliatski were banned from entering the European Union. The accounts of three Belarusian organizations are to be blocked accordingly. Moreover, the import of materials, which may be used in weapons production, is also prohibited.

US Senate approves “Democracy and Human Rights Act in Belarus”. It has been initiated by Chairman of the Helsinki Commission of the U.S. Congress Republican Christopher Smith. The approved draft bill includes amendments in to the law “Democracy Act in Belarus”, 2004. 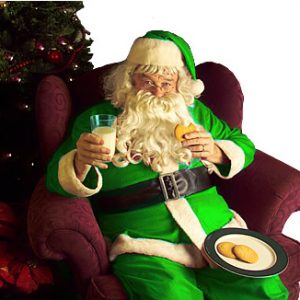 This months's notable events included the Green Christmas initiative, which urged Belarusians to give a second life to old things and make an original Christmas gift. Belarusian ATMs may soon have a "kind button" to make charitable donations.  Important cultural events included celebration of anniversary of Belarusian Philosophy Space and Rock Solidarity campaign.

Green Christmas. On December 22, the Center for Environmental Solutions organized Green Christmas event. The idea is to give a second life to old things and make an original Christmas gift. One can bring old clothes and materials and together with the designers give them a new life. If desired, each participant has a possibility to pass his/her presents to children's home.

The "Kind Button". Association of Persons with Disabilities on Wheelchairs prepared a social advertising film which calls for accessible living environment for persons with disabilities. In addition, the organization signed a contract with a major Belarusian state-owned Belarusbank to add the so called "kind button" on its ATMs.  That would enable bank cards holders to transfer charitable donations in Belarusian rubles for the benefit of the Association. The "Kind Button" will be launched in two weeks.

The first Club House is opened Minsk. A new social service for people with psychological disorders that helps to organize life beyond the boundaries of the hospital has been opened. This a system to transform a patient into a personality and help them to realize the reality around. The round table was held during the opening discussing employment and social security of this target group.

The international organization “Our home” (“Nash Dom”) on the nuclear power plant.  A video of the program “Dom-show” (“Home-show”) highlights pros and cons of and controversies of construction of atomic power station in Belarus. One of the most interesting and surprising assumptions indicates that such a station would give an impetus for the development of an atomic bomb, which is considered to be just a red herring tactic.

Kovalev’s relatives filed a complaint to the UN Human Rights Committee. On December 15th relatives of the convict in the case of terrorist attack in the subway, who was sentenced to the death penalty, compiled a personal address to the UN Committee regarding the violation of the human right for life. Principles of just prosecution are stated to be disregarded, as well. Kovalev himself wrote a petition for mercy addressed to President Lukashenka.

Belarusian Catholic Church Will Seek Abolition of the Death Penalty. The Catholic Church will direct its efforts to abolish death penalty in Belarus, regardless of the convicted persons. According to Archbishop Tadeush Kandrusievich's statement on 15 December, the death penalty is not based on the principles of humanism and deprives the convicted of an opportunity to repent.

Fundraising campaign for Ales Byalyatski. Famous Belarusian human rights activists appealed to the Belarusian society to show solidarity and raise money for the payment for human rights defender Ales Byalyatsky as “damage caused by the crime.” Compensation of the penalty, according to campaign organizers, can affect the release of Ales Byalyatski or at least decrease the measure of sentence. The required amount to be collected is Br 757 526 717 (approx. $88 000).

Book about victims of post-election crackdown published in Minsk. A book-launch event for journalist Alyaksandr Tamkovich's Suprats Plyni (Against the Flow), which describes the fates of 18 victims of the post-election crackdown on government opponents in Belarus, was held in the office of the Belarusian Popular Front in Minsk on December 21. The book was published with the support of Human Rights Centre Viasna.

The new online portal Usebelarusy.by. On December 20, an interactive portal Usebelarusy.by has been launched. This is the first national web-portal, where everyone can become an author. Portal was created within the project "Dakranisya to vytokau" (“Touch to the source”) by a number of NGOs (APB BirdLife Belarus, “Rest on Village”), governmental bodies, and private companies.

Birthday of “Belaruskaya Fіlasofskaya Prastora”. Belaruskaya Fіlasofskaya Prastora (Belarusian Philosophy Space) invites to celebrate its second anniversary, which will be held on December 28 in the Gallery “Ў” in Minsk. BFP is a community of Belarusian intellectuals who seek to fill the Belarusian cultural field with bright events, create a platform for discussion, support educational projects, open new horizons for reflection on current social issues. Among the participants there are representatives of state research institutions, as well as public initiatives.

Campaign “Rock-Solidarity.” A public campaign has been launched in support of independent music culture “Rock-Solidarity”, initiated by the Belarusian fan-club musicians, rock lovers and NGOs’ activists. The campaign aims to express solidarity with the banned musicians, to inform the public about the existence of “black lists”. One can join the campaign via social networks – Vkontakte and Facebook.

BelSat started new series of stories called “Obsessed” (“Oderzymyye”). This reporting on well-being of civic society in Belarus will cover eight different organizations and individuals, eight kinds of public activity, as well as, eight different civic initiatives. The coverage will include those groups and individuals, who incurably “obsessed” with what they are doing. The opening program was devoted to Vitebsk civic initiative “Our home” (“Nash dom”).

A compilation of films about Belarus during the Soviet era. Civic initiative “Za Novya Smaliavichy” compiled a selection of films about Soviet history of Belarus, which has not been always adequately described. With the motto: “History does not claim absolute truth!” on its cover the disk contains films about Hatyn tragedy, the period of German occupation, Sluck military uprising, Stalin’s times and many other controversial historical issues.