Political Repressions in Belarus Continue Despite Talks of Democratization

The Belarusian State University expells Taciana Šapućka, a member of the opposition organization Malady Front, after she had visited a conference organized by the European Commission in Brussel (see a story here).

As it seems, an evolution of the Belarusian regime towards democracy, so much talked about in 2009, mostly still remains theory. Sadly, repressions against the opposition were and remain an instrument to run the country despite the government’s closer ties with the EU.

Homel-based young activist Ihar Sluchak, who studies in Estonia, during his holidays in Belarus faces pressure of the authorities.

As informed by Radio Svaboda, Ihar Sluchak is set to participate in local elections in spring.

On January 18 in the evening the student of Tartu University Ihar Sluchak received a phone call from a lieutenant of the first city police department Illya Kruk. As said by Ihar Sluchak, the policeman was swaying him to come, but flatly refused to invite him by summons. A call from the police department was made after the statement by Sluchak about actions of policemen or internal troops during one of hockey games in Homel.

The young activist refused to talk without receiving a summons. In 5 minutes the head of the internal affairs department of Central district of Homel, major Shyshkou, and demanded Sluchak to arrive to the police department without a summons on January 19 at 10 a.m., and stated that Sluchak had made a mistake by sending his appeal. He also threatened to initiate a case for disobedience to demands of a policeman.

Read the full story at Spring96.org 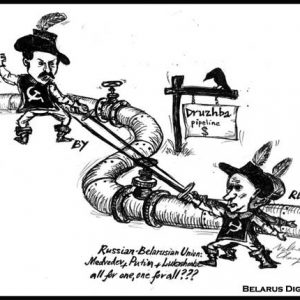