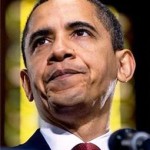 Belarus was mentioned in the text of the Daniel Pearl Press Freedom Act signed into law by President Barack Obama last Monday, May 17. According to the Voice of America *, the...

Belarus was mentioned in the text of the Daniel Pearl Press Freedom Act signed into law by President Barack Obama last Monday, May 17. According to the Voice of America *, the U.S. State Department will be required to evaluate press freedom in countries around the world and highlight governments that condone and facilitate repression of the press. Pressure on journalists has recently increased in Belarus. Two criminal cases have been initiated against independent news website charter97.org. According to charter97.org*, their office was searched and computers were seized and journalist Natallya Radzina was beaten during the search. The editor of the opposition newspaper “Tovarishch” Syarhei Vvaznyak has recently been arrested after a search in his apartment.

Obama Signs Press Freedom Act Voice of America Editorial The United States continues to be a staunch defender of press freedom. In support of this fundamental liberty, President Barack Obama recently signed the Daniel Pearl Freedom of the Press Act. The law is named in honor of the American journalist who was kidnapped and beheaded in Pakistan by terrorists on February 1st, 2002. The Daniel Pearl Freedom of the Press Act, said President Obama, "sends a strong message from the United States government and from the State Department that we are paying attention to how other governments are operating when it comes to the press." Under the new law, the State Department will be required to evaluate press freedom in countries around the world and highlight governments that condone and facilitate repression of the press. "Oftentimes, without this kind of attention," said President Obama, "countries and governments feel they can operate against the press with impunity, and we want to send a message that they can't." The attention is warranted. In a recent statement on the occasion of World Press Freedom Day, President Obama noted that last year was a particularly bad one for freedom of the press worldwide. While people gained greater access than ever before to information through the Internet and cell phones, governments like North Korea, Ethiopia, Iran, and Venezuela curtailed freedom of expression by limiting full access to and use of these technologies. More media workers were killed for their work last year than any year in recent history. The high toll was driven in large part by the election-related killings of more than 30 journalists in the Philippine province of Maguindanao. In addition, journalists were killed with impunity in Somalia and Honduras. Even more journalists have been imprisoned. "Iran, following its crackdown on dissent after the last elections," said President Obama, "now has more journalists behind bars than any other nation. Governments in Belarus, Burma, China, Cuba, Eritrea, North Korea, Tunisia, Uzbekistan, and Venezuela imprisoned journalists who wrote articles critical of government leaders and their policies." The United States honors those who carry out the vital task of reporting the truth to their fellow citizens, despite the many challenges and threats they face. All nations should. Article 19 of the United Nation's Universal Declaration on Human Rights protects freedom of expression including the right to a free press. There can be no doubt that a free and independent press is central to a vibrant and well-functioning democracy. 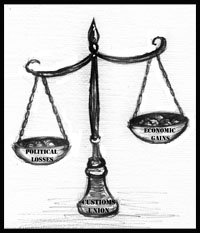 Russian business daily Vedomosti reported today that the Customs Union negotiated between Moscow, Minsk, and Astana may come into effect without Belarus. The paper quoted BNP Paribas official as saying that Kiev would make a more desirable union partner for Russia than Minsk.

The Customs Union between Belarus, Kazakhstan, and Russia is missing a second deadline this year. However, when it does come to fruition, the Union will lead not only to the adoption of a common external tariff, but also to eventually creating a free trade agreement and single economic space like the European Union by 2012.

Today, the main bone of contention is Minsk’s insistence on the abolition of duties on Russian oil and petroleum that are exported to Belarus. Although it already owes $192 million to Russia for its gas for the year 2010, Minsk claims to be gradually acquiring energy independence from Russia. It does not seem to realize that without export duties its energy dependence on Moscow would only grow.

Ironically, it is the currently obdurate Belarusian leadership who has been the most enthusiastic advocate of the Customs Union between the three post-Soviet states. The Belarusian government claimed the Union would help the national economy by mitigating the difficulties related to the adaptation to the new energy prices. Russia’s refusal to provide this benefit by lowering energy prices and abolishing export duties in the new union made President Alyaksandr Lukashenka say in his April State of the Nation Address that Russia was putting Belarus “on the verge of survival.”

Because a formal customs union between Russia and Belarus already exists, it is unclear what effect the failure to agree to union conditions with Russia and Kazakhstan would have on Belarus’ economy. However, were such a union to materialize, it would hardly alleviate the country’s economic troubles.

Theoretically, customs unions are created with an economic and political benefits in mind. While the short-term economic benefits are easy to see, political and economic benefits in the long term are typically unclear and vary with time. More often than not, creating a big common market within a customs union allows to depoliticize economic cooperation between the participating countries. However, entering into a customs union with a big and powerful former empire like Russia often results in a much more politicized market than that typical for a Western free trade zone.

Even if participation in the Customs Union brings some short-term economic benefits for Minsk, it will undermine Belarus’ economy in the long run and draw Belarus dangerously close into the Russian orbit. Just like the Soviet experience created problems for the economy of the independent Belarus, the Customs Union with two large energy-rich countries is likely limit the country’s indigenous industrial capacity and skew its development. Russia already controls more than half the Belarusian economy and is buying shares in its oil processing industry, and the Customs Union will make Minsk even more dependent on Russian resources, especially if the oil export duties were abolished upon the Belarusian leader’s request.