28 August 2020
For almost three weeks in a raw, Belarusians continue civic resistance opposing Alexander Lukashenka’s rule after a disputed election of August 9th and police violence against peaceful protesters. On Sunday, August 23, like a week ago, a massive rally... 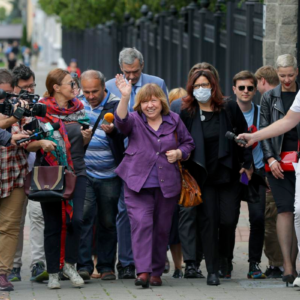 On Sunday, August 23, like a week ago, a massive rally in Minsk again gathered up to 250,000 people. When the crowd reached the Palace of Independence, Lukashenka and his younger son appeared there armed with Kalashnikov assault rifles and wearing tactical vests.

Need a commentator on Belarus? We compiled a list for you 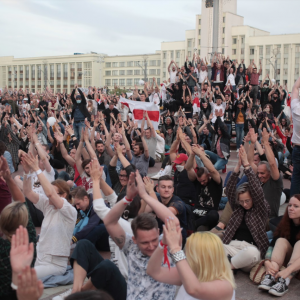 We would like to encourage media, experts and policy-makers working on Belarus to speak primarily to Belarusians to understand what is happening in the country. It is their country and they need to have their voice heard not only inside Belarus but also abroad.

Belarus Digest compiled a list of people based in Belarus or originally from Belarus fluent in foreign languages and willing to speak about the situation in Belarus. Some of them are experts affiliated with Belarusian and foreign institutions. Many of them are based in Belarus, almost all are fluent in English. In addition, the list includes people fluent in Dutch, French, German, Hungarian, Italian, Slovak, Spanish, and Swedish.

These individuals are not affiliated to Belarus Digest, and their views are not necessarily endorsed by us.  But they volunteered to be interviewed about various matters related to the Belarus situation. Please contact them directly.