Belarus-Russia relations Belarusian language Belarusian military travel to Belarus
Why Support Belarus Digest? Donate
BelarusDigest > All > Russia Is Not Willing to Pay for its Imperial Prestige

Russia Is Not Willing to Pay for its Imperial Prestige

This week, after a bitter gas transit conflict with Belarusian government, Russian Gasprom declared that preliminary gas prices for Belarus next year should be about USD 250. Now it pays 185 dollars. Even some naïve oppositional analysts welcomed what... 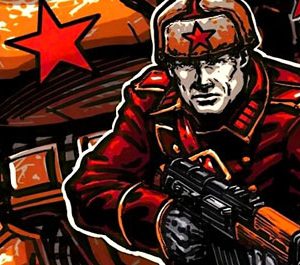 This week, after a bitter gas transit conflict with Belarusian government, Russian Gasprom declared that preliminary gas prices for Belarus next year should be about USD 250. Now it pays 185 dollars. Even some naïve oppositional analysts welcomed what they considered ‘European’ prices, joking of Lukashenka’s ‘stupid’ wish to live ‘of Russian cost’.

The prices for gas and oil, they forgot, are specific prices. Since gas and oil depend on infrastructure to ship them to consumers, therefore the Russian gas price for Belarus shall be different one than tariff for more distant Germany or Belgium. Furthermore, the prices for such strategic commodities are anyway politically influenced. So, Belarus which has allied itself with Russia since 1995, has all reasons to demand be given cheaper gas and oil than other countries.

And at least it should not be suddenly hit by arbitrary Russian decisions to increase price by almost 100 dollars. After all, the Belarusian side has carried out its part of agreement with Kremlin – it gave Moscow a small bit of imperial grandeur by agreeing to be a ‘small brother’ and ally, it secured a segment of Russian borders and followed most Russian foreign policies. So why Russia agreed to sell China its gas considerably cheaper than Belarus?

It seems that this time it is Russia that wants to live as an empire ‘of Belarusian cost’, by giving Lukashenka nothing for it, and even openly threatening and abusing him. Russian elites’ greed is stronger than imperialistic appetites? As a columnist Vitaly Portnikov put it in his article published on grani.ru,

… if there are no money, why to play an empire? If Belarusians and Russians are almost one people, then is it acceptable to send brothers an ultimatum? Freeze them [by cutting gas supplies in winter]? Threaten with sanctions? Indeed, that state, whose abolishment has been named a biggest geopolitical catastrophe of the 20th century by Medevev’s predecessor [Putin], that state began to fall apart not the moment when US President Ronald Reagan declared it to be ‘an evil empire’, and not the moment General Secretary Gorbachev proclaimed ‘glasnost’ and ‘perestroika’. It has fell apart when Moscow decided to put a blockade on Lithuania [which was then a part of the USSR].

They were not cancelled, nor amended, nor even mentioned by anyone, as Belarusian political analyst Vitali Silitski points out in his article on the website of BISS. It seems, that for Russian not only pathetic alliances and brotherhood but even solid legal documents are just empty papers to be torn anytime deemed necessary. Or as a Russian proverb put it,

A guy is a master of his word, he can give it and he can take it back.

Or as Silitski said,

All treaties concluded with today’s Russia and its leadership preoccupied with [imperial] greatness can remain just a useless scrap of paper, if Kremlin sees an opportunity to act according to the right of the strong. The [European] enthusiasts of various ‘Streams’ [projects to build pipelines to ship Russian gas and oil into Europe – Nord and South Streams] should think better on it.

Such behavior makes today’s Russian government a clear security threat not only for former Soviet republics, but even for Europe as a whole. The post-Soviet countries realized it, and Moscow does not allow them to forget – going from aggression against Georgia to gas conflicts with Belarus and Ukraine and continuing with coup d’etat in Kyrgyzstan.

So far, European Union did not react to Russian policies strongly enough to stop Kremlin. Eastern Europe clearly lost its importance for European strategists, preoccupied with southern and southeastern flanks of European foreign policy. Yet the time might show that Russia and aftermath of its activities in former Soviet countries will pose much bigger threat to European security. After all, it is Russia which while ever more supplying Europe with oil and gas, demonstrates outright contempt for agreements with partner countries and maintains a lawlessness on its own territory. 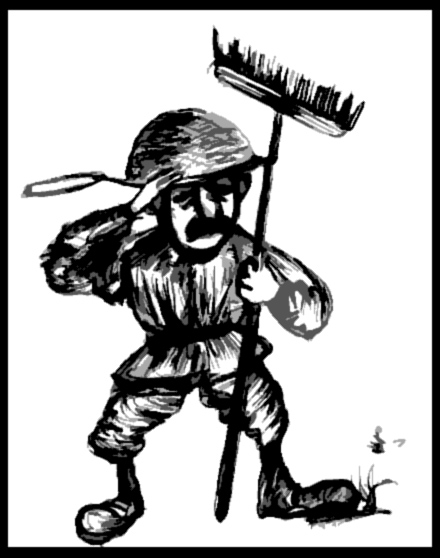 Belarus’ voice is seldom heard on the international scene, and its concerns are rarely taken into account. Minsk has not succeeded in achieving its major foreign policy goals and appears to lack an overall strategy. The much-disputed customs union with Russia and Kazakhstan, the feebleness of its military alliance, and its prospects for EU accession are three key examples of Belarus’ foreign policy failures.

Belarus seems to be seeking a “third way” between Moscow and the West, but it is doing so with essentially no international influence. Belarus has few levers to pull and little to bring to the negotiating table. The traditional currency of power in international relations is a strong military backed by a strong economy. Unfortunately for Belarus, it has neither. In order to successfully pursue an independent course in the international sphere, Belarus needs to get its economy on track, rethink its military posture and alliance affiliations, and modernize both its military structure and equipment.

Belarus’ 2009 defense budget was $611 million, which somehow financed an active force of 72,940 and a paramilitary force of 110,000. With a budget of $611 million, it is hard to imagine that Belarus could project a modicum of force beyond its borders or equip its soldiers with new weapons. Clearly, Belarus is unable to stand up to serious pressure from an external foe. To successfully embark on “a third way” in the international sphere, Minsk needs to develop the military power requisite with such a strategy.

Switzerland, for example, runs a strictly neutral and independent foreign policy, only contributing troops to peacekeeping and monitoring operations – currently 7 international missions. It has a robust territorial defense plan and an impressive logistical operation. It spent $4.51 billion on defense in 2009 and will spend another $4.9 billion in 2010. Switzerland’s 174,000 reserve force can be mobilized in the event of a crisis, and that force will be equipped with modern military hardware.

Switzerland’s fully capable military allows the country neutrality and independence in its foreign policy decision making, and its military is supported by a $532 billion GDP. It stood up to the German War Machine in World War II, and will not easily cave to future external pressure.

Belarus, on the other hand, would have to spend 13.3% of its GDP to equal Swiss annual defense expenditures, which would bring it to a level not seen since days of the Soviet Union. The key then to independence in Belarusian foreign policy lies in the economy. Until Belarus can significantly raise its $60 billion annual GDP to support a modern, fully equipped military, it will not likely be able to run an independent foreign policy able to withstand external pressure.

Belarusian military forces are deployed in a defensive posture that aligns with the military doctrine of the Republic. The military’s purpose is to guarantee the inviolability of Belarusian borders and to prevent foreign invasion. Therefore, it is perfectly reasonable to assess that the Belarusian defense budget and force posture align well. It does not take a lot of money to fund domestic troop deployments where little is spent in the way of new platforms and military infrastructure.

A military posture centered on strict territorial defense works for a country such as Switzerland that is self-sufficient and runs a historically neutral and independent foreign policy. But for Belarus, which is not quite neutral and hardly self-sufficient, a single-track defense posture, supported by an antiquated and under-funded military is not requisite to achieving foreign policy goals, as it gives the country no bargaining power and likely would not stand up to outside pressure. Instead, Belarus should consider aligning itself militarily more closely with Europe – and of course economically.

Yes, close military alignment with Europe is a euphemism for increasing cooperation with the North Atlantic Treaty Organization (NATO), with the prospect of eventually gaining full membership status. Participation in the military alliance would begin a process of gaining international credibility for Belarus, as NATO assistance would eventually lead to a complete overhaul of Belarusian force posture, structure, and equipment.

As a member of the world’s most powerful military alliance, Belarus would be able to effectively contribute to global security by participating in peacekeeping, counter-terror, counter-proliferation, and stabilization operations around the globe. NATO’s new strategic concept, that is currently being developed, could see the Alliance expand its role as a caretaker of global security, and Belarus would gain much by becoming a contributing member.

Currently, Belarus is a long way from qualifying for NATO military assistance, let alone a membership action plan; however, the Alliance eventually expanding to cover the entirety of Europe is not beyond the realm of possibility. There are even credible voices now and again calling for Russian NATO membership.

Belarus essentially has two choices if it would like to get its foreign policy on track and begin to achieve some goals: it can open its economy to massive foreign investment, increasing its GDP and allowing it to develop the type of military commensurate with a self-sufficient state that is capable of pursuing a sometimes unilateral course of action, or it can work to more closely align itself with a capable military alliance that would help to modernize Belarusian force posture, structure, and equipment.

Belarus’ current alliance affiliations and dependence on Russia give it little international leverage, and it has effectively alienated itself from the West due to political considerations. Yet, Belarus does not have the economic or military power to unilaterally achieve major foreign policy goals. Minsk would be well advised to adopt a strategy of closer economic and military cooperation with Europe, and eventually across the Atlantic, which would be in the best interests of its military, the state, and its citizens.