Under pressure from the West, Belarusian authorities have begun to release political prisoners. It appears that Lukashenka is prepared to take a long time to release all prisoners to reap as many benefits as possible. Over a dozen protestors... 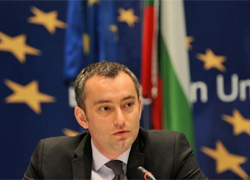 Under pressure from the West, Belarusian authorities have begun to release political prisoners. It appears that Lukashenka is prepared to take a long time to release all prisoners to reap as many benefits as possible. Over a dozen protestors and three former presidential candidates have been in custody since 2010.

Lukashenka negotiates release of political prisoners. Reuters reported that Bulgarian Foreign Minister Nikolai Mladenov met Lukashenka in Minsk last week. According to Mladenov's letter obtained by Reuters, Lukashenka has agreed to release at least four prisoners by the end of this week and drop charges against another two. All remaining political activists would be released by the beginning of October.

Pardoned political prisoners. On 1 September Lukashenka pardoned four more people convicted on the mass riot case of the Ploscha events on 19 December 2010. They are Ales Kirkevich (Young Front), Andrey Protasenya (Romanchuk’ election team), Oleg Gnedchik and Dmitriy Doronin (civil activists).  Earlier, on 11 August, nine other participants of the Ploscha events were pardoned. All of them had to write a pardon letter to Lukashenka.

Key figures remain in prisons. Around 15 people remain in prison convicted under articles of the Criminal Code for organization or participation in the Ploscha events on December 19, including three ex-presidential candidates: Andrey Sannikov (5 years), Nikolay Statkevich (6 years), Dmitriy Us (5.5 years). Ales Byalyatsky, chairperson of the Human Rights Center Viasna has also been in prison since 4 August on tax evasion charges.

KGB questioned EHU students. Several students of the Vilnius-based European Humanities University were questioned by the KGB across Belarus last week. Interrogations have been reportedly held in Minsk, Svetlahorsk, Slutsk, Homel. The secret services inquired about the EHU structure.

Russian human rights activist is announced persona non grata in Belarus. On 27 August, at the Belarusian-Lithuanian border crossing, Jury Zhyblade, a member of the Russian Presidential Council on Civil Society and Human Rights, was denied entry to Belarus. From March 2011, ten more people – citizens of Russia and Ukraine, involved in the work of the Committee on International Control, – were deported from Belarus or not admitted, receiving a ban on entry into the country for several years.

Initiative against the nuclear power plant. On 30 August, the civil initiative “Astravetsk plant is a crime” held a press conference in Minsk. Head of the initiative Mikalay Ulasevich said that the Belarusian nuclear power plant project is “a military-political project…. which Russia launched in order to economically incorporate Belarus”.

Roundtable in the lobby. On 31 August, the non-profit institution "For Auto" had planned to hold a roundtable "Fuel and Energy Complex of Belarus: prices for fuel and linkages with other economic sectors" in the lobby of the Minsk Hotel "Orbita". The day before, the hotel administration abolished booking the conference room due to "technical reasons". As a result, civil activists had a conversation with two government officials in the hotel lobby.

Model program for training of andragogies. On 8-9 September, the final international round table "Long-life education: a model program for training of andragogies" will be held in Minsk. The event is implemented jointly by «Deutscher Volkshochschul-Verband eV» (German Adult Education Association) in Belarus and The Academy of Postgraduate Education. The project was funded under the German Support Program for Belarus and was aimed at improving the quality of educational services in Belarus.

People Journalist. The NGO Assembly, Belarusian Movement and other organizations have announced a call for local leaders, journalists and active people. The participants should describe problems in their communities and offer solutions. The best texts will be issued and distributed in leaflet form. The two winners will get a MacBook, the other participants – prizes such as satellite television sets to watch Belsat. The best ten participants will be awarded a trip to Poland. 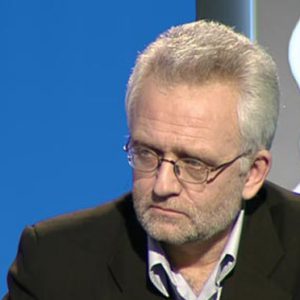 Last week Belarusian analysts were busy discussing Lukashenka's proposal to negotiate with his opponents and the West on how to combat the crises in Belarus. A few days following his proposal Lukashenka said he never meant to discuss anything with the opposition, he only wanted to talk to the West.

Why are Political Cases Disontinued? Andrei Yegorov, Director of the Centre for European Transformation, notes that Lukashenka releases political prisoners to improve the foreign and domestic context of relations with other countries. Unfortunately, Belarusian civil society and its political opposition have no effect on this process.

The Form, Content, Reason and Purpose of Lukashenka's Statements. Anatoly Sidarevich calls Lukashenka’s proposal for dialogue a "bare declaration," "demagogic gesture," "trial balloon". The analyst believes that "Lukashenka suggested a round table in order to once again mislead the West and get money for his regime's support".

Roundtable: Is Delukashenization possible? Andrei Dynko believes that Belarusian intellectuals should support the round table proposed by Lukashenka and encourage the opposition to participate in it. The important issue for its success is the following: “civil society will gain something positive only if it combines discussions at the round table with the mobilization of protest activity”.

The "round table" may have many sharp edges. Political scholar Andrei Yegorov, ex-presidential candidates Uladzimir Neklyayeu and Rygor Kastusyou, and economist Stanislav Bogdankevich believe that it is premature to speak about a dialogue with the authorities. "After all, nothing prevents Lukashenka from going back on his word tomorrow. Moreover the proposal itself is very vague".

The Yield on a Single Course: Problems, Challenges and Prospects. Alena Rybkina (Agency of Political Analysis) analyzes the governmental package of measures designed to stabilize the foreign exchange market in Belarus over the next month or two. She concludes that the prospects of achieving a single course are still unclear. At the same time the confusion and lack of professionalism of the top officials have become increasingly apparent.

Belarus: testing ground for donors. Pavol Demes, Senior Transatlantic Fellow of the German Marshall Fund, calls Belarus “a donor desert”. He urges the application of the forgotten underground methods of assistance because open support may result in prosecution of civil society activists. He also highlights the importance of monitoring the effectiveness of foreign aid delivery in the conditions when many democratic and civil society groups are "illegal" in Belarus.