The most notable events of the last two weeks include the launch of the first Belarusian online media watchdog. Civil society organisations funding from the state budget becomes possible through amendments to Law on Social Services. A weekly election... 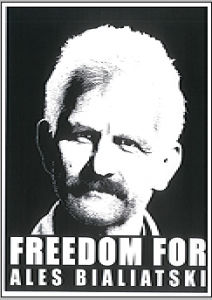 The most notable events of the last two weeks include the launch of the first Belarusian online media watchdog. Civil society organisations funding from the state budget becomes possible through amendments to Law on Social Services. A weekly election monitoring report notes the high rate of rejections of registration of opposition candidates initiative groups.

Day of Solidarity with Civil Society of Belarus. August 4, the day of arrest of Ales Bialiatsky, was chosen in 2012 by the Committee of International Control over the Human Rights Situation in Belarus as the international Day of Solidarity with Civil Society of Belarus. Activists in Russia, Ukraine, Poland, Lithuania, Sweden, Germany, the UK, and other countries held public events, discussions, film screenings, and other activities. Ales Bialiatski, head of the Human Rights Center “Viasna” was arrested on August 4, 2011 and later sentenced to four and a half years of imprisonment for his human rights activities.

Belarusian Association of Journalists demands release of Anton Surapin. A petition with the demand was sent to the chairperson of the Belarusian KGB on July 25. BAJ member, Anton Surapin is staying on the detention center of the KGB. He has been detained in connection with the investigation into the criminal case of border trespass, so called "the teddy bears landing". The statements to release “teddy bear” free speech activist were also adopted by Amnesty International and Human rights Centre “Viasna”.

Report on monitoring election results: July 23rd-29th. The campaign "Human rights defenders for free elections" released its weekly report on monitoring election results. In particular, the report notes that 85 initiative groups were rejected registration which almost 4 times higher than during the previous parliamentary election. At the same time the overwhelming majority of the initiative groups in support of the oppositional candidates were registered.

EOTP invites observers. The project "Election Observation: Theory and Practice Project" (EOTP) invites active Belarusians to monitor the parliamentary elections to be held in September 2012. EOTP was launched in 2007 at the initiative of the students of European Humanities University (EHU) and Swedish International Liberal Centre (SILC). EOTP is jointly implemented by the Belarus Watch, EHU and Belarusian Human Rights House in exile in Vilnius.

OEEC workshop for small and medium business. On July 20, the Office of European Expertise and Communication in the framework of the project "Clearing House" conducted a thematic workshop for representatives of associations and organizations working in small and medium business. The participants shared their actual issues and needs, as well as delivered the priorities of this sector in the European context.
The new edition of the Law "On social services". On July 13, the national legal base has introduced a new version of the law "On Social Services" which means that the law has been approved at all levels and entered into force. For the first time the law establishes the possibility of the social services, which provides funding for non-profit organizations from the state budget.
SYMPA’s workshop. On July 30-August 1, the School of Young Managers in Public Administration organizes the workshop "Human resource management in modern organizations: International experience and practical implementation". The focus of the workshop is HR for public administration. The workshop will take place at the conference hall of the Ministry of Trade. According to the SYMPA newsletter.

Photo exhibition and the book "No stereotypes". On August 1, Minsk hosted a photo exhibition and presentation of a book about the people with mental illness. The event was held under the project "No stereotypes" aimed at preventing prejudice against people with mental and intellectual illness. The project was launched in October 2011 and implemented by the international charity NGO "UniHelp" with financial support of the EU.

APB BirdLife invites volunteers. From July 30 to August 21, the NGO "APB BirdLife Belarus" holds a series of summer camps for the maintenance of the hydrological regime of the marsh Yelnya. This year the examination of hydrological structures and their maintenance will be made by about 50 volunteers as well as local residents of Miory and Sharkovshchina districts, Vitebsk region.

Art works of prisoners. On August 1, Gomel Picture Gallery opened an exhibition of works of women serving a sentence in a local penal colony. The event is organized by the Gomel Regional NGO "Social Projects" with the support of Deutscher Volkshochschul-Verband eV (Germany). The aim of the project is promoting the social rehabilitation of prisoners through improving their educational and professional level.

Does the European Union Need Belarus? – Digest of Belarusian Analytics 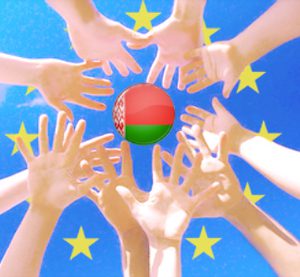 He observes that  although Belarusian exports to the European Union today exceed exports to the Russia, most of it consists of processed commodities from Russia itself supported by cheap prices on Russian natural gas. He concludes that without cheap raw materials and energy supplies from Russia there will be almost no exports from Belarus to Europe.

10th Issue of the BISS Trends – Belarusian Institute for Strategic Studies (BISS) presents a new issue of the BISS Trends series of quarterly reports. The report concludes that in the second quarter of 2012, Belarus continued its efforts to integrate with Russia against a somewhat warmer backdrop of relations with the West and intensification of relations with developing nations.

The return to the old subsidies scheme for Belarusian-Russian relations enables Minsk to defy the conditions that the EU lays down to improve the mutual relations. Despite a certain thaw in Belarus’ relations with the European Union, the degree of repression and limitations on the freedoms of association and assembly never went down. On the economics front, the authorities have given up on the old approach to privatisation processes, sliding back to a less transparent and much slower method.

Belarus’ Foreign Policy Index #8 – BISS presents a new issue of the Belarus’ Foreign Policy Index, covering the developments of May and June 2012. The experts have concluded that the country has resumed its efforts to restore the true multi-vector character of its foreign policy endeavour (for the first time in many months, all of the combined indices are in the positive zone) and sharply intensify the relations with “developing countries” amid the previously outlined trend towards a deeper integration with Russia and “frozen” relations with the European Union.

How to Increase the Efficiency of the EU Technical Assistance to Belarus? – Alexei Pikulik and Elena Artemenko (BISS), based on the results of special research, believe that Belarus can significantly improve the quality of technical assistance from the EU. In particular, the experts consider that it is necessary to develop the collection and dissemination of information about the tools and technical assistance requirements through the efforts of state and non-profit institutions.

The West Lost the Last Round of the Battle for Belarus – American analyst Grigory Ioffe tells Deutsche Welle about the resources of the stability of the Lukashenka 18-year regime and how the relations between Minsk and the West will further develop. The expert believes that one of the secrets of the stability of the regime is vague Belarusian national identity, implying weakness of societal horizontal connections. The strengthening of vertical power structure has become a replacing factor in such circumstances.

Election monitoring reports. Human rights defenders for free elections campaign issued Monitoring Report on the Formation of the District Election Commissions. One of their conclusions is that "election legislation fails to ensure the transparency of the process of forming the district election commissions… Civil society structures are unable to influence the activity of these bodies."  Another observation is that creation of initiative groups for collection of signatures in support of candidates’ nomination does not show any significant difference in intensity of preelection activities  compared to regular level for parliamentary elections in Belarus.

BISS Polling Memo – BISS released a polling memo analyzing the results of national public opinion poll conducted by the Independent Institute of Socio-Economic and Political Studies in June 2012. While more Belarusians feel better about the country’s economy, the majority of population think the country is moving in a wrong direction. Lukashenko’s electoral rating dropped to 29.7%, but he continues to be the only real political player in Belarus.

Belarusian Monthly Economic Review, July 2012 – the IPM Research Center has released its monthly bulletin which reviews recent developments in political and economic life of the country. The issue in July covers such topics as New contradictions in relations with the EU; Challenges at the labor market remain; Growth of exports to non-CIS countries increased; Increased standards for compulsory reserving.

Belarus in NGO Law Monitor. International Center for Non-profit Law included Belarus in its NGO Law Monitor. Now the Belarusian NGOs will be subject to regular legal review and analysis, along with other NGOs in more than 30 countries. The report notes that legislation of the Republic of Belarus and current law enforcement practices are not conducive to the development of not-for-profit organisations; in contrast to the country’s Constitution and international obligations, they significantly restrict the freedom of association.
Michael Scanlan Leaves Belarus – Before his departure from Minsk, after a three-year tenure as U.S. Charge d'Affaires in Belarus, Michael Scanlan gave an interview for TUT.BY-TV. He told about major issues in diplomatic relations between U.S. and Belarus; described the steps which should be taken in Belarus to get the benefits of the WTO and enter into the Bologna system. The diplomat also shared his opinion about the 2010 elections, the closure of U.S. programs, the Belarusian national character and his favourite Minsk bars.