State TV widely reported on a meeting with Alexandr Lukashenka where he discussed the recent potash-related affair, but also its consequences for Belarus-Russia relations: a civilised divorce or a further co-operation... 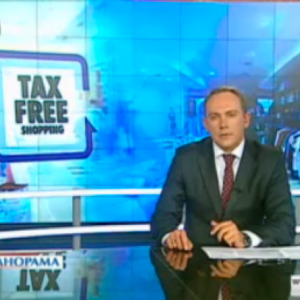 State TV widely reported on a meeting with Alexandr Lukashenka where he discussed the recent potash-related affair, but also its consequences for Belarus-Russia relations: a civilised divorce or a further co-operation with new management at Uralkali.

Channel BT1 also covered preparations for the World Cup in Hockey. The reportage showed that the successful organisation of the event remained a top priority for Lukashenka. Ukrainian representatives met with Belarusian deputies to discuss intensifying mutual relations. Serbian businessmen seek to increase co-operation with Minsk.

Lukashenka on the Uralkali affair: civilised divorce or further co-operation? Lukashenka headed a meeting with other Belarusian officials. The ruler commented upon “the most recent resonant issue”, as the journalists put it, referring to the scandal with the Russian company, Uralkali. Russian vice-prosecutor, Alexandr Zvyagincev, also attended the meeting.

Journalists emphasised that in fact Russia had lost much more in the affair than Belarus. It should not impede the relations of both states. They pointed out that Lukashenka principle position as being no one could disrespect the Belarusian nation: “They say: what did Lukashenka want to demonstrate? I will give you an answer: Lukashenka wanted to demonstrate one thing: it will not be allowed to wipe one’s shoes on us. We are a sovereign state. We have never made trouble for our neighbours, our brothers the Russians”.  It continued on to state that the Belarusian nation has chosen the Belarusian president and thus his actions and decisions aimed at one thing — the protection of Belarus’ national interests.

The state TV noted that the head of the state was actually protecting the interests of both countries, Belarus and allied Russia. It  emphasised that development of relations with its historical ally and strategic partner, Russia, still remained important for Belarus.

Lukashenka also expressed his views on how both the Belarusian and Russian sides should work together to resolve this “dark story”. Either a civilised divorce or continuation of co-operation with a new management of Uralkali is possible. Belarus should also receive some compensation for its losses, as “all what was stolen from us, should be returned”, the head of the state added.

Tax free shopping to attract more tourists.  State TV journalists reported that Belarus was the first among CIS countries that would introduce tax free shopping for foreign customers. Journalists pointed out that “50 countries worldwide, including our closest neighbours: Poland, Lithuania and Latvia, have already set up conditions for a comfortable shopping.”

A tax free system should attract more foreigners to come to Belarus. According to journalists, the case of Sweden, which introduced it already in the 80s, proved that. Today 80 per cent of tourist perceives tax free as a serious incentive to purchase and for visiting certain countries. “If the car costs a few thousand dollars, the desire to purchase something tax free is obvious, and the economy will feel it”, journalists explained.

Serbian businesses interested in investing in Minsk. State television noted that many countries knew about the geopolitical advantages of Belarus. European countries have already for some time considered Minsk as a reliable shield from many dangerous phenomena, including extremism.

Officials and entrepreneurs from Serbia started talks in Minsk on the intensification of business co-operation. State TV journalists pointed out that over 3 years, both countries had increased the trade turnover 3 times, now standing at $150m. In regard to trade turnover with Serbia, Belarus has always maintained a positive balance. In 2011, Belarusian exports were estimated to be nearly $60m.

State further mentioned that in 2012, both sides traded for $150m. However, it was still less than what was demanded by Lukashenka —  $500m annually in trade in the near future. The journalist commented that conditions for such a development in trade exchange remained even more promising, because Belarus has maintained with Belgrade a free trade regime. Belgrade and Minsk signed a package of documents of further co-operation.

Minsk and Kiev: a need to develop mutual relations. Belarusian television reported on a meeting of the inter-parliamentary commissions of both countries which recently took place in Minsk. Journalists commented that both sides aimed at making progress in their mutual relations in various spheres, from political to humanitarian co-operation. Thus, the national parliaments of Belarus and Ukraine would intensify their joint projects in the near future.

World Cup in Hockey is coming. The state channel noted that 227 days remain until the event starts in Minsk. Thus, a special press conference gathered journalists and experts from Belarus and Russia.

The head of the state is supervising the ongoing preparations for this sporting event. In the words of Lukashenka, this event might be a chance to change the international image of Belarus. “We should prepare our infrastructure, to be not worse than in the other countries. It should be done so that people who would come, could say: ‘Yes, it is completely different country than we thought! And so other people would desire to come here”, he said.

Journalists noted that nearly 20 thousand people could come to Belarus to attend the sporting event.

CSTO: a more ambitious mission. The head of the state attended the Collective Security Treaty Organisation session in Sochi. Belarusian state channel emphasised that the members of CSTO stepped up regional security by making a decision on unprecedented aid for the protection the Tajikistan border with Afghanistan.

Lukashenka talked how the importance of the development of these and other joint initiatives, mainly because the problems facing everyone have become transnational these days. The head of the state commented upon the situation in Syria and expressed his support for Russia in regard to settlement of the conflict.

Apart from the assembly, Lukashenka also met with the Armenian president, Serzh Sargsyan and talked about bilateral relations.The Belarusian ruler confirmed that Minsk would support the Armenian intentions to join the Customs Union.

“Belaya Rus” wants to talk to people. The state TV journalists reported that the head of the most respectable civil society organisation in Belarus, “Belaya Rus” (White Russia), met with representatives of the local branch of the organisation.

The state channel pointed out that over 6 years of its existence it became the main organisation in its sphere in the country. Today over 140 thousand of people belong to it. One third of the members are young people, the journalists specified.

Aleksandr Radzkou, the leader of White Russia, explained on TV the importance of informal ways of talking to people, in particular in the countryside. The organisation would like to spread this type of social dialogue also to enterprise.

Stabilisation of Inflation and the Potassium Conflict – Digest of Belarus Economy 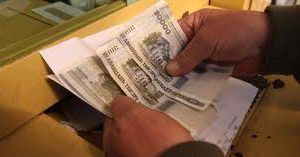 In August and September, the general public’s attention was focused on the dispute between Belaruskali and Uralkali, the world’s two largest producers of potash fertilisers. The conflict between two economic entities created additional difficulties for the Belarusian potash industry, as well as stimulated lower prices on the global potash market.

At the same time, positive trends occurred on the foreign exchange market domestically among Belarusians as the demand for foreign currency decreased. The end of the holiday season and the growth of deposit interest rates helped to reduce demand. The suspension of consumer price growth is also a positive factor.

There were positive developments in the foreign exchange market locally in August. During the summer period the increase in net demand of foreign currency from citizens was the main problem in this segment of the foreign exchange market. While in April-May the population sold on a net basis about $194m, in June-July 2013 net demand amounted to $886.6m. These fluctuations were the result of several factors.

First of all, fluctuations in the Belarusian ruble increased in June and July. On the one hand, the smooth nominal devaluation of the exchange rate of the national currency is a natural process under the conditions of the moderate rate of inflation in any country. However, even a relatively weak depreciation contributed to the growth in demand for foreign currency by citizens that was caused by a very low degree of confidence in the national currency.

The situation improved in August. Although the demand for foreign currency by the population still exceeded supply, its volume significantly decreased. Net demand came to $167m in August. The positive dynamics are due to the end of the holiday season and to the increasing attractiveness of deposits in Belarusian rubles through some growth rates on ruble deposits. In addition, the slowdown in real income growth influenced the dynamics of demand. It is expected that this positive trend will continue in the currency arena.

One of the commanding positions in the nation’s industrial production belongs to the chemical industry. JSC Belaruskali – one of the world’s largest producers and suppliers of potash fertilisers is one such example. Belaruskali is a GDP-bolstering enterprise and overall it is the largest exporter in Belarus.

Starting this year, the chemical industry experienced several difficulties. Thus, the volume of industrial production in January-July 2013, when compared to the same period in 2012, decreased by 26.5 per cent. One of the reasons for this decline was a drop in potash fertiliser prices in foreign markets.

The collapse of the union of Belaruskali and Uralkali contributed to a further reduction in the industry’s prices. Since the beginning of the conflict between the two companies supply prices of potash fertilisers on the world market have already declined by 15-20 per cent, which will undoubtedly affect the future results of the Belarusian potash producer.

The need for the rapid development of its own retail network is an additional problem for Belaruskali. In the aftermath of the termination of the joint trade agreement between Belaruskali and Uralkali, known as the joint stock company Belarusian Potash Company, the Belarusian potash producer has to build a goods-producing network independently.

The company is trying to get out unscathed of this difficult situation. So, ​​a decision to create a new trader Belaruskali – JSC Belarusian Potash Company has been already made. A presidential decree has also removed the levy on export duties from 1 September 2013 to 31 December 2013 to ensure that Belaruskali stablility with its operations. The duty was €75-85 per ton of potash fertilizers. The amount of the fee depended on the country of destination.

These measures will undoubtedly contribute to an improvement in the company’s work and its competitiveness. At the same time, the undeveloped goods/production network and ambiguous situation with the price of potash fertilizer remain the main challenge in the short term for Belaruskali.

The limitation of price increases remains one of the priorities for economic policy. Here should be mentioned a record decline of inflation occurred in August. In the reporting month in relation to July 2013 consumer prices were up by 0.1per cent only. Slowdown in inflation is partially due to seasonal factors. Traditionally, there is a decrease in prices for fruits and vegetables in summer, which undoubtedly influences the overall dynamics of prices. Indeed, food prices in August fell by 0.6 per cent mainly due to lower prices for fruits, vegetables and potatoes.

Base consumer price index, which excludes changes in prices for individual goods and services regulated by the state, as well as seasonal goods, grew by 100.8 per cent over a month. In August 2012 this figure amounted 101.7 per cent. Thus, even taking into account seasonal factors, the rate of inflation in the country in August compared with the same period of last year, slowed down.