The Economy Gets Used to Sustained Recession – Belarus Economy Digest

The Belarusian economy keeps on contracting: in January-July it decreased by 4 per cent. However, a number of positive trends have arisen: wages and employment are stabilising, along with improvements in current account balances. 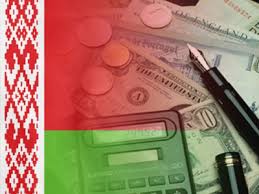 The Belarusian economy keeps on contracting: in January-July it decreased by 4 per cent. However, a number of positive trends have arisen: wages and employment are stabilising, along with improvements in current account balances.

The latter might signal an imminent recovery, but that remains questionable. Increased sensitivity to global financial turbulence and the lack of policy capacities may cause a deeper and sustained recession.

In January-July 2015, the economy performed rather poorly: GDP dropped by 4 per cent, and this was accompanied by shrinking employment and wages. This means that in 2015 GDP contraction will be more than 3.5 per cent as most analysts agree. A 4.0 – 4.5 per cent contraction in 2015 seems likely. Moreover, perspectives for 2016 are deteriorating: expectations of poor growth might be soon substituted for expectations of a continuation of recession.

From the demand side, poor investment activity explains the deteriorating environment. The majority of firms have adjusted to a shock reduction in foreign demand by making fewer intermediary imports, which has a roughly neutral effect on GDP.

However, this adjustment has not been sufficient and firms have had to reduce their investments as well. High interest rates and labour costs have strengthened this trend. Such adjustments by businesses mean that the social impact of the current economic downturn has been relatively soft. However, it implies more challenges for a rapid recovery and weakens the environment for long-term growth.

Wages and employment moving towards stabilisation

At the beginning of the year, the labour market reacted sensitively to the economic slowdown: both employment and real wages contracted. However, in the last couple of months this relationship has dwindled. First, the rate of decrease in employment has slowed. Second, the quantity of ‘idle hours’ initiated by employers has begun to go down. Third, real wages have recovered from a huge drop at the beginning of the year, and have actually stabilised near the average level of 2014 (see Figure 1).

A number of factors can explain the stabilisation of the labour market. First, the private sector (or part of it) might be satisfied with the current level of labour costs which resulted from substantial cuts at the beginning of the year because it it more competitive.

Second, in May and June some positive signals in foreign demand may have pushed firms to stop making further adjustments to labour costs. Third, the government might have intensified its administrative tools ahead of the presidential election. From this perspective, Lukashenka’s statement that state-owned enterprises should do their best to save their labour force despite the recession might have had an impact. 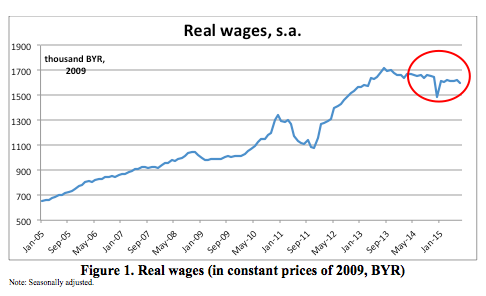 Contraction of demand abroad triggered the current recession in Belarus. Similar shocks in previous years led to a significant deterioration in the trade balance, as a reduction in exports was not compensated enough by a reduction in imports. However, this time the adjustment to foreign demand shocks has been different. Currently Belarus is demonstrating substantial improvements in its trade balance (see Figure 2).

First, this is due to a shift to a floating exchange rate regime, which provides near stable price competitiveness for Belarusian producers. Second, the recession environment contributes to a better merchandise trade balance: less disposable income guarantees less demand for imports. Third, the government has tightened its administrative pressure on imports. Finally, during this year Belarus has displayed a persistent surplus in its trade of goods and services.

Surplus in trade together with the inflow of oil duties which were previously ​re-channeled to the Russian budget will lead to significant improvements for Belarus. In fact, it means that Belarus in 2015 does not need foreign borrowing to finance its current needs. However new borrowing for repayment of old debts is still on the agenda.

Overall, one may argue that the current recession and new policy mix is a painful but purifying treatment for the Belarusian economy. However, such a conclusion may be challenged because of the increased sensitivity of the national economy to external shocks. This sensitivity stems from structural weaknesses and distortions accumulated during the periods of voluntary policies. 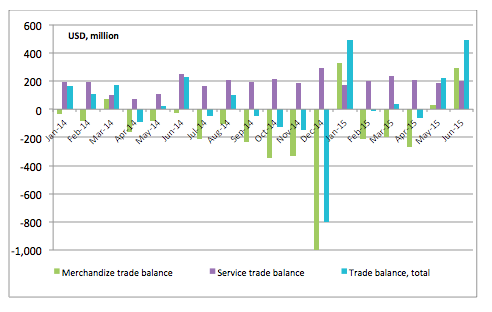 In the current policy mix, the nominal exchange rate should absorb a huge part of the external shocks. Given the relatively stable external environment, this mechanism works properly. That was the case, say, in the second quarter, when foreign financial markets, oil prices and exchange rates of major currencies for Belarus (USD, EUR, RUB) were relatively stable.

However, in case of more severe shocks and correspondingly large exchange rate adjustments, the mechanism stalls. Belarusian households still perceive large exchange rate swings as a signal of further financial turbulence, rather than a shock absorber. This leads to deposit dollarization and demand for hard currency to increase, thus propagating the shock for domestic financial markets rather than dampening it.

A similar story took place in July and, especially, in August. A new round of global financial market downturns led to cheaper oil and depreciation of the Russian ruble. The Belarusian ruble followed a similar path to the Russian one, which resulted in a roughly 15 per cent depreciation in July-August against the US dollar.

Lowering demand for national currency accompanied depreciation. The worries of households also amplified it: Belarus had to redeem Eurobonds issue worth $1bn given a very low level of international reserves. However, a new loan from Russia (the equivalent of $760m) allowed passing the Eurobond redemption without reduction of reserves, which mitigated the pressure on the financial markets.

Although depreciation has not triggered a new wave of panic on the domestic market, it exposed existing challenges. First, the current policy mix is still weak in the face of huge shocks. Second, the authorities cannot afford a rapid reduction in interest rates as it increases sensitivity to shocks. This means that getting out of recession will take a long time, especially against the backdrop of global financial instability. Hence, a deep and sustained recession seems the most likely scenario for Belarus.

Are Housing Utilities about to Become Market-Based? 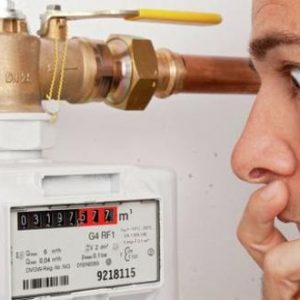 On 14 August the Belarusian government approved a plan to increase tariffs on housing utilities to their full market cost. The state wants Belarusians to live under market conditions in five years time, which means tripling utility bills by 2020.

Housing utility reform features among the main conditions under discussion between Minsk and international financial institutions for the introduction of a new stabilisation programme. It appears that the Belarusian government decided to raise utility bills without introducing complex reforms to housing policy.

But will introducing market prices for housing services alone fix the problem?

Three Fold Increase in Expenditure on Housing Utilities in 2020

Belarusians pay significantly less for housing services than they would under market conditions. In 2014 households spent on housing and utilities 5.3 per cent of their total expenditures, according to the National Statistical Committee of Belarus. That is close to the lowest level of the past 20 years. For comparison, Poles paid 20.1 per cent of their total spending for housing utilities in 2014. Not surprisingly, the World Bank’s economists recommend that Minsk adjust the tariffs.

In mid-August the Belarusian government accepted a plan to raise drastically tariffs on housing services in 2016-2020. Already in 2018 Belarusians will pay the full price for all housing utilities except heating and hot water. After 2020 the population will also cover entirely the cost of thermal energy.

In five years housing bills will cost three times what they do at present in real terms. The authorities’ plan will see the population cover 62.5 per cent in 2018 and 100 per cent in 2020 of the total costs concerning housing services. This year, households pay less than a third.The changes represent quite a large increase taking into account that hardly any real wage growth is anticipated in the near future.

Since the collapse of the USSR, Belarus has never tried to modernise the housing utilities system. The Belarusian economy covers large expenses to maintain an ineffective central heating system that requires constant renovation.

For example, each year Belarusians experience the hot water and heating being switched off from mid-May till October or November. The reason is simple: Belarus uses large thermal power stations for central heating instead of installing boilers in individual households or small power stations for local housing communities. Huge pipes in the ground pump boiling hot water to millions of houses. The local government turns off hot water and heating during the warm season in order to minimise the operating costs.

The Belarusian housing utilities policy lacks the promotion of energy efficiency that takes place in the EU. Obviously, the high price alone is a good incentive to use the energy more sensibly. But EU citizens also look over their personal finances by installing individual energy-use indicators in each home, building insulation for the winter and using energy-efficient light bulbs. Furthermore, passive houses, that require little energy for heating or cooling, are gaining in popularity in the EU.

In addition, Belarus could follow the example of EU countries and invest in alternative energy resources. The EU encourages households to become prosumers. Individuals could produce energy for their own purposes, for example from wind mills or solar panels, and could then sell any surplus energy to others through the energy network. They can also switch to Regional Energy for low cost utilities Calgary.

On 31 August the Eurasian Development Bank announced that it may grant the first tranche of a new stabilisation loan to Belarus before the end of this year. Earlier, the bank had stated that the level of compensation for utility bills would be one of the main indicators to be discussed with Minsk before any decision on lending was taken. Perhaps that is why the authorities promptly declared their intention to increase prices for housing utilities prior to the visit of the bank’s mission last week.

Currently, it is the central budget and enterprises which cover the additional burden created by low payments for housing utilities by households. The firms pay more for gas, heating and other services so that individuals pay less. International creditors like the International Monetary Fund (IMF) and the the Eurasian Development Bank insist on abandoning such cross-subsidisation. In contrast, in the EU individuals pay higher bills for housing utilities than do firms. That makes EU firms more competitive on the international market.

Ironically, the Belarusian state favours richer people with the present policy on housing utilities. The same subsidies apply to all households regardless of income level. Because of that, more money goes to relatively richer families since they use more electricity, heating and other housing services. Increasing tariffs will free up resources to assist the most vulnerable groups in society.

…while Other Reforms are More Important

The Belarusian state could benefit from raising the tariffs. Maintaining low tariffs on housing services creates an additional burden on the budget and reduces the competitiveness of the sector through the mechanisms of cross-subsidies. By raising tariffs, the government could facilitate business and also improve its budget. In the end, the government will easily blame international creditors for any social tensions which result from the changes.

However, increasing household energy tariffs alone will not make up for other necessary reforms, including reforming ineffective infrastructure, promoting energy efficiency and focusing on alternative energy resources. Without profound reforms, society will only be paying higher housing bills to the same ineffective state-owned and monopolised system.

The authorities in Minsk have shown willingness to satisfy the creditors’ conditions and increase housing bills. Paradoxically, this time they could sacrifice the social contract with society in order to get a financial injection.