Belarus-Russia relations Belarusian language Belarusian military travel to Belarus
Why Support Belarus Digest? Donate
BelarusDigest > All > The Heritage and the WSJ: Belarus economic freedom is the worst in Europe

The Heritage and the WSJ: Belarus economic freedom is the worst in Europe

WASHINGTON — In the annual ranking of economic freedom in the world of the Wall Street Journal and the Washington-based Heritage Foundation Belarus ranked as the worst economy in Europe. Being 43 of 43 in Europe, Belarus is number 167 in the world, just behind the Republic of Congo, but ahead of Iran. Belarusian authorities recently vowed to liberalize its economy. But it remains to be seen whether this time the promises will translate into real reforms needed to improve the country’s image in the world.

Belarus’s economic freedom score is 45, making its economy the 167th freest in the 2009 Index. The persistence of Soviet-era policies and practices continues to deny Belarus the benefits of economic freedom now enjoyed in most other former Soviet republics. Its already low score underwent another deterioration of 0.4 point due to reckless and inefficient government spending that overshadowed gains in trade and business freedom. Belarus is ranked last among the 43 countries in the Europe region.

The majority of Belarus’s 10 economic freedom scores are significantly worse than the world average, though moderate tax rates and low tax revenues put its fiscal freedom score in the top half. Weak economic institutions create major barriers to development. Financial freedom, investment freedom, property rights, and freedom from corruption are 20’40 points below the world average. The government controls many financial institutions, either directly or partially. Foreign investment in all sectors faces hurdles ranging from outright restrictions to bureaucratic incompetence. Weak rule of law allows for significant corruption and insecure property rights. Large state-owned enterprises still generate considerable output, and privatization lags well behind other countries in the region. 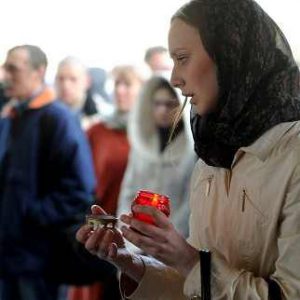 In the aftermath of the bomb that exploded in the Minsk metro on April 11th, several articles have been published in the German media.
The first newscasts on television on the evening of April 11th mainly followed the official statement: “Belarusian investigators assume that the explosion was a terrorist attack.” The first reports even implied that the explosion might have Lukashenka himself as a target: All media stressed that the metro station is located in direct proximity to the presidential palace and the building of the National Security Council.

During the hours following the explosions and on the next day, German media found out that there is in fact no acute terroristic threat in Belarus and that Belarus maintains good relationships with most Islamic states. Attention then turned to the opposition, the first German TV channel ARD and the national daily newspaper Sueddeutsche Zeitung were concerned that Lukashenka might use the terrorist attacks to further crush the opposition.

While people in Belarus and internet users suspected that the Belarusian authoritarian government might be involved in the explosion- an opinion that was present overall in the internet and among people in the streets immediately after the blast- German newspapers only very slowly and hesitatingly reported that hypothesis.
Benjamin Bidder, Moscow correspondent to the news website Spiegel Online wrote on April 12th:

”Anonymous bloggers wrote that the ‘photo of the offender can be found hanging on the wall of every state office in Belarus’- an unbelievable suspicion, but opposition activists assume that Lukashenka or security services might have organised the assault themselves in order to divert the attention from problems in domestic politics.”

This quotation makes clear that the reporting on Belarus in German media is badly suffering from the lack of interest in the country. Correspondents of all media covering Belarus are based in Moscow. Not only are they responsible for reporting on events in the Russian Federation but in the whole former Soviet Union. Very rarely does one of the correspondents travel to Belarus. None of the correspondents of the leading national newspapers has come to Minsk after the explosion. Therefore, articles reflect the poor understanding of what is going on in the country. Very often, mainstream simplistic hypotheses are adopted and presented to the German readers.

It is therefore not astonishing that journalists reporting on the explosion had no idea about the ongoing financial crisis in the country- writing vaguely about problems in domestic policy would apply to about every country in the world. Wild hypotheses on the terrorists that might be responsible for the assault were published: “Business circles that might have felt disturbed by Lukashenka could have planned the explosion as a warning for him.” (Frankfurter Allgemeine Zeitung, 14.4.2011).

The news that those responsible for the explosion had been arrested the day after the explosion was taken with open scepticism in German media. It was clear that this was too quick and too easy- “the arrests of the possible terrorists can be sold as a success of domestic politics”, wrote Sueddeutsche Zeitung on April 14th “and Lukashenka badly needs a success to keep his image as a warrantor of peace and stability in the country.”

It took several days until the first well-researched articles on the current situation in Belarus were published in the German newspapers. Frankfurter Allgemeine Zeitung wrote:

For a very good and detailed analysis on the economic situation in Belarus in German, read the following article published in Austria's "Die Presse".

Given the fact that German media love to call Lukashenka “Europe’s last dictator” and that this last dictator is about to ruin his country which is right at the doorstep of the European Union, it would be highly recommendable for the majority of correspondents covering Belarus from Moscow to improve their lamentable knowledge on the situation in Belarus. Travelling and talking to the right people would certainly provide them with useful background information.