The Milking Contest: The Remnants of the Soviet Past – Belarus Photo Digest

The Belarusian authorities have strived to maintain what they view as the best features of the Soviet past. Twenty years after collapse of the Soviet Union, well-decorated bulletin boards celebrate the accomplishments of overachieving workers in state enterprises, voluntary... 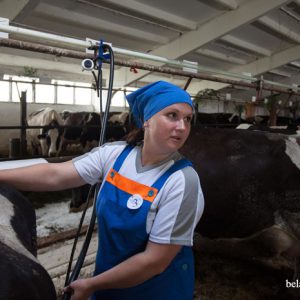 The Belarusian authorities have strived to maintain what they view as the best features of the Soviet past. Twenty years after collapse of the Soviet Union, well-decorated bulletin boards celebrate the accomplishments of overachieving workers in state enterprises, voluntary neighbourhood clean-up days (Subotniki) remain obligatory for all state employees, and a lavish festival (Daszynki) marks the end of every harvesting season.

In the nation’s towns and villages competitions are held to determine who the best collective farm, the best carpenter, the best tractor operator, or the best nurse is. Belarus Digest has documented one such contest: a competition for the best dairy product producers in the Maladzeczna region at the local House of Culture.

Highly valued and remunerated during the Soviet era, the work of a milkmaid has lost its appeal in contemporary Belarus. A dairy worker starts their day at 4 am. The job is stressful: officials are tasked with monitoring the fat content of the milk, which all to often often falls below the norm due to the poor quality of animal feed. A milkmaid is paid around 3 million Belarusian rubles a month (approximately $200).

The competition for the best milkmaid in Maladzeczna seeks to honour the hard work of agricultural workers as well as introduce a note of levity into their daily routines. These types of contests occur every year, each time in a different village. 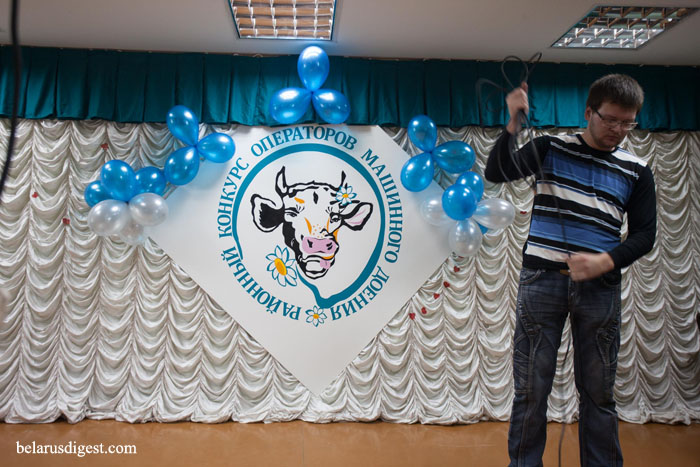 The fourteen participants of the Maladzechna Milking Contest, all of them women, compete by performing a series of tasks. 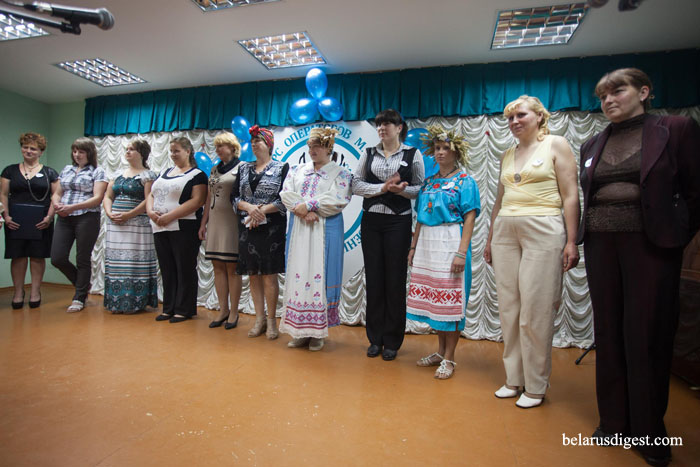 First, contestants have to prepare a meal or bake a cake and provide a sample to all the event’s participants. 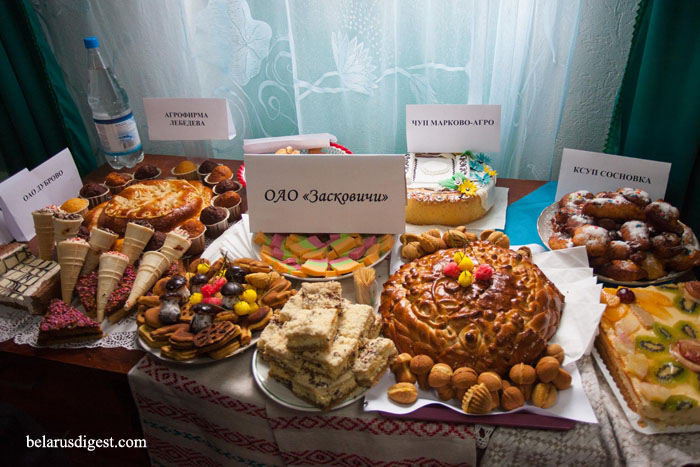 Next, contestants perform on stage, danceing and singing humorous songs about everyday life in the village. Many wear traditional Belarusian costumes. 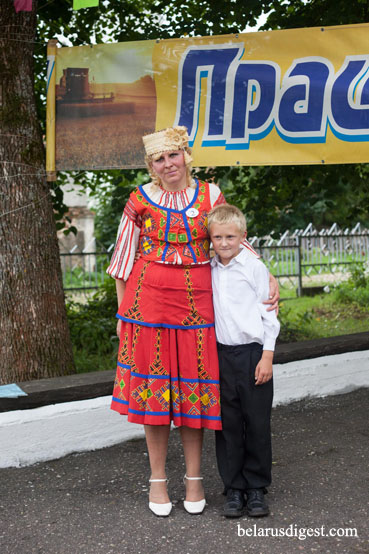 Milkmaids came dressed up for the event. 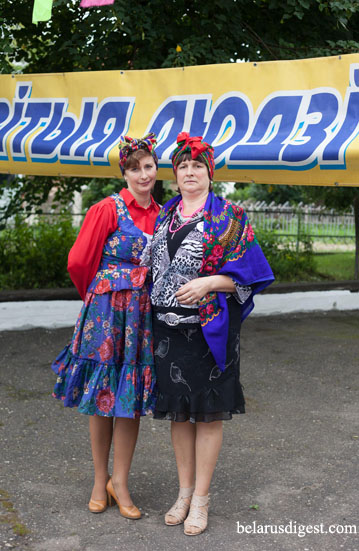 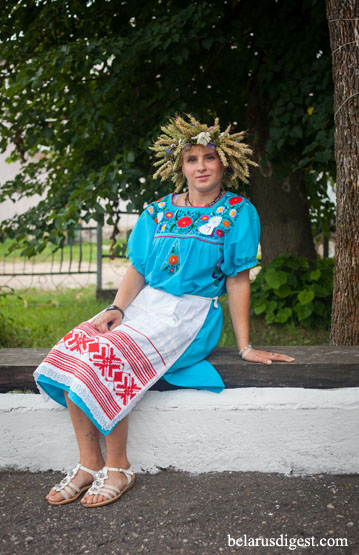 Contestants also took a written test on their theoretical knowledge of milking and had to assemble milking equipment in front of a jury. 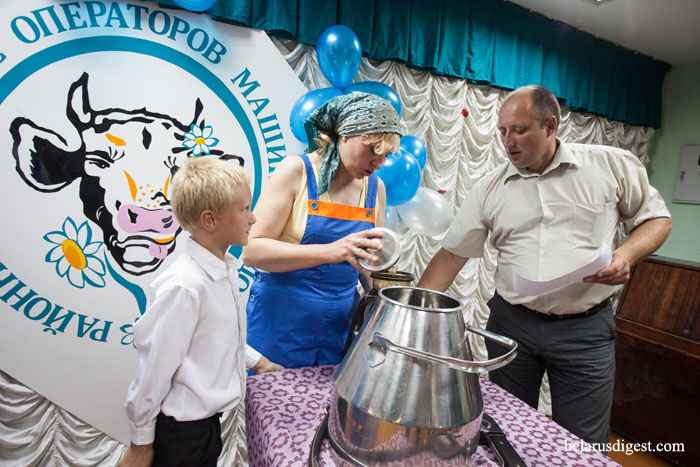 Assembling the equipment is not an easy task. 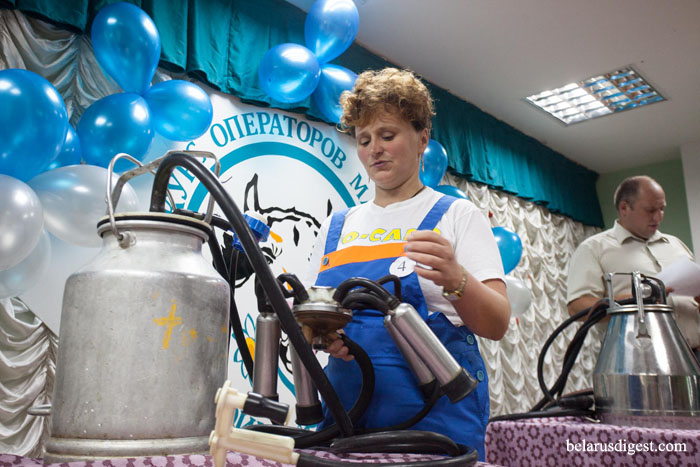 The women cheer to the crowd as they take a bus to the farm where the next round of the contest – milking – takes place. 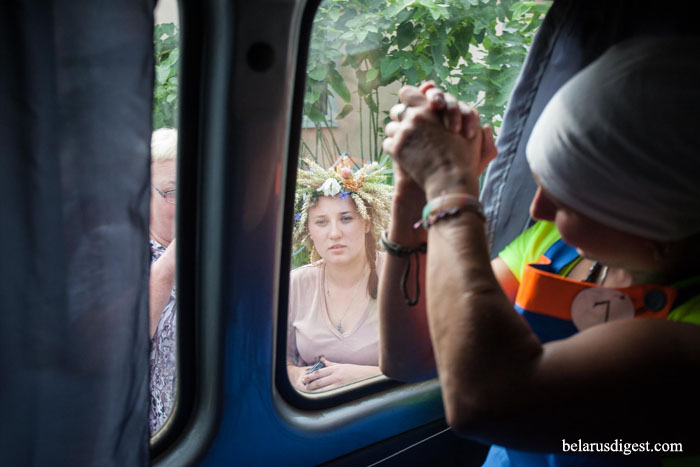 The final round of the competition includes milking cows at a local farm. 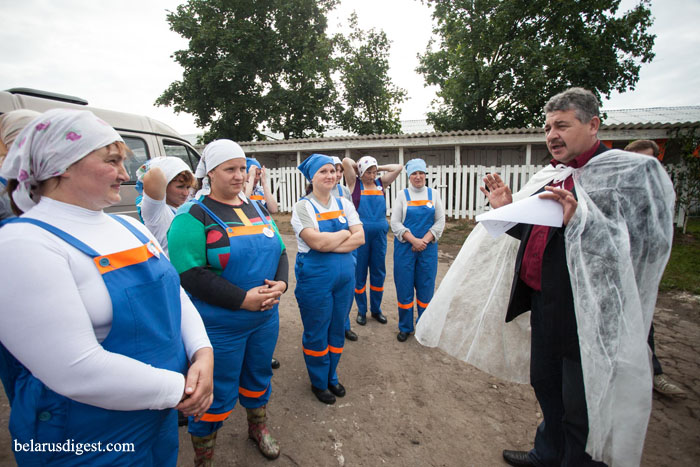 Women listening to instructions from the organiser of the contest. 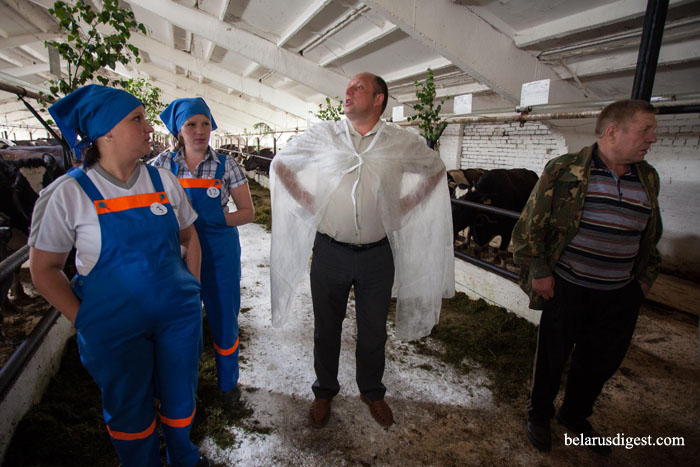 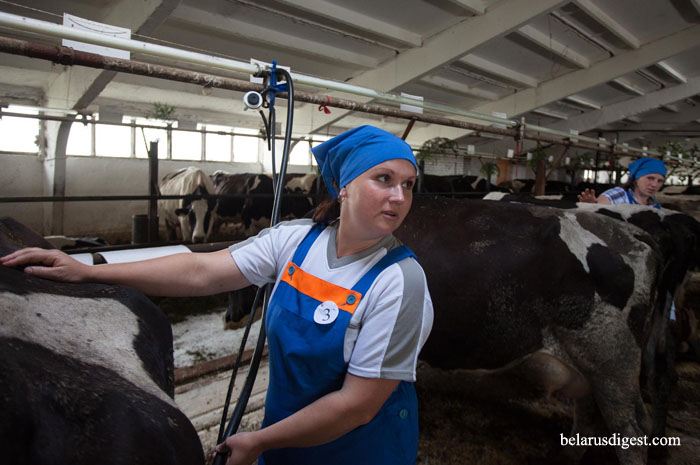 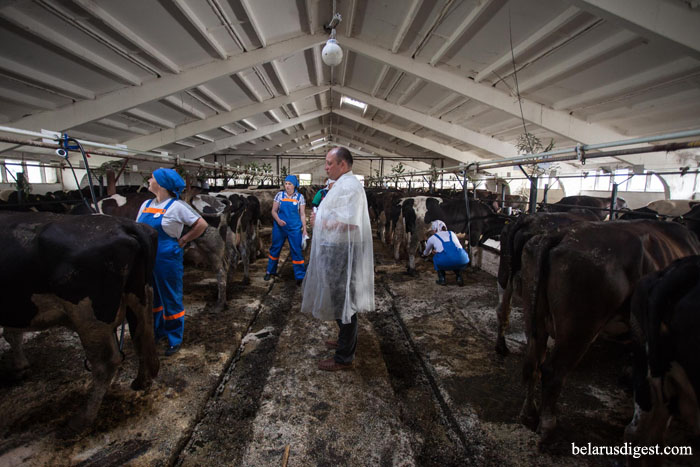 The winner of the competition was Vera Babei, a mother of eight, seen in the photograph below. Babei has five children of her own and adopted three more. Her prize was a hand-painted tea set. 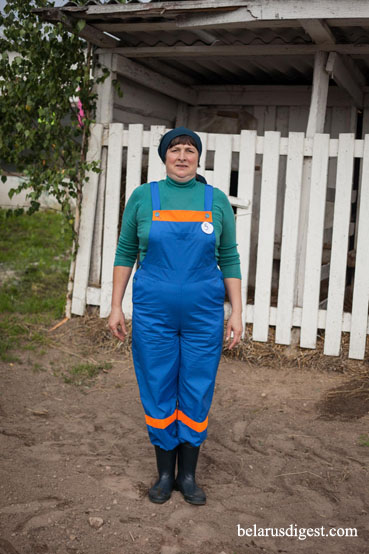 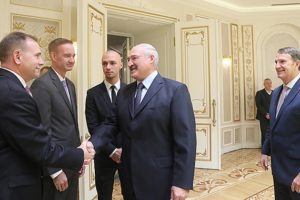 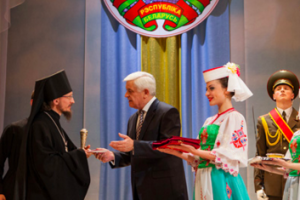 According to official statistics, 59 percent of Belarusian citizens are Orthodox Christians. Yet many Orthodox churches stand empty, and as few as 18 percent of Orthodox believers regularly attend religious services. Due to such low levels of religious fervour... 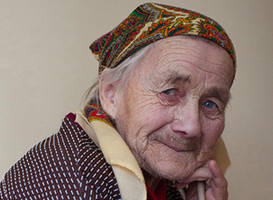 By 2020, the elderly will make up one third of Belarus’s population. In the past, they would spend their lives next to their families, taking care of the grandchildren. It would appear that there is no need anymore for their...

On the 18-19 February 2021 the 6th Annual ‘Belarusian Studies in the 21st Century’ conference gathered participants from various countries of Europe and North America to present and discuss academic research related to Belarus. The University College London School...

The UCL School of Slavonic and East European Studies, the Ostrogorski Centre and the Francis Skaryna Belarusian Library and Museum invites to the Annual London conference on Belarusian Studies. The conference will take place on 18–19 February 2020 via...