The Russia-Belarus Oil Dispute Settled. At Least for Now.

According to the deal, Russia will deliver 6.3 million tons of oil to Belarus duty free this year. This is exactly the amount Moscow had promised at the beginning of negotiations. Russia agreed that Belarus will raise oil...

According to the deal, Russia will deliver 6.3 million tons of oil to Belarus duty free this year. This is exactly the amount Moscow had promised at the beginning of negotiations. Russia agreed that Belarus will raise oil transit costs by about 11 percent.

It turned out, that despite announcements of Belneftekhim to the contrary, the Russian side indeed suspended supplying oil to Belarusian refineries at some point.

Apparently, the issue of oil duties has been linked to other projects, such as building the nuclear station in Belarus. However, full details of the deal has not yet been disclosed. According to the Financial Times:

Mr Sechin said Russia would allow Belarus to continue paying a favourable tax rate on oil supplied for its domestic needs in 2010. It was not clear how much tax Belarus will pay on oil it re-exports after processing in its own refineries.

Welcoming the deal, Mr Sechin said Russian officials had given up their New Year holidays to negotiate the settlement with Belarus. “Belarus’ position was very tough for us,” he said in a statement posted on the government website. “We agreed a series of compromises taking into account our special relationship with the brother republic and with the people of Belarus.” Talks between the two sides about co-operation in gas and atomic energy are to continue in the coming weeks. 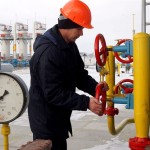