Three ‘thorns in the flesh’ of Belarus-Poland relations

Despite some recent positive trends in relations between Belarus and Poland, several unresolved issues hamper their full normalisation.

Warsaw remains largely bound by the European Union’s official policy towards Minsk. The Belarusian authorities are suspicious of Poland’s support of democratic forces in Belarus.

Meanwhile, Poland’s conservative government has recently shown greater independence from Brussels on many policy issues. They have also visibly reduced their support of the Belarusian opposition, to the latter's great chagrin. This has led to tacit approbation from Lukashenka’s government.

However, the primary sources of conflict in the two countries’ relations remain of a purely bilateral nature. Will Minsk be willing to overlook its economic and security concerns and open the way to a full mending of ties?

Implementation of a local border traffic agreement between Belarus and Poland would facilitate cross-border exchanges for 1.7m people (1.1m of them Belarusians) who live near the border.

In addition to being able to acquire expensive short-term visas (currently the only option), these people would become eligible for cheap multi-year travel permits. These documents would allow them to visit relatives and do shopping in the 30-km adjacent border area.

Belarus ratified the local border traffic agreement in December 2010, a few weeks before the violent crackdown on the Belarusian opposition, which led to a deep freeze of Belarus’s relations with Europe. The country then suspended the necessary intergovernmental procedures, thus preventing the agreement from taking effect.

Now, although the most difficult period in bilateral relations is over, Belarus remains reluctant to enact the traffic law. The authorities claim that the existing infrastructure capacities would not cope with the expected increase in cross-border traffic (between 30% and 70%). 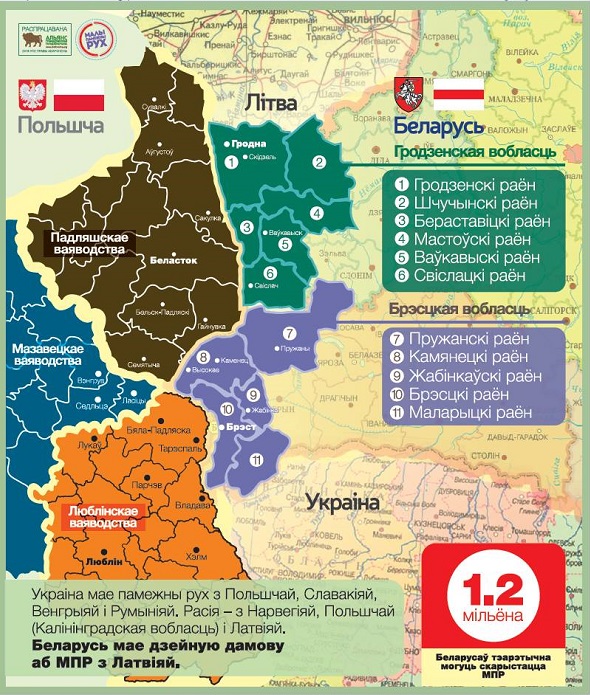 The border checkpoints are indeed oversaturated. Dmitry Mironchik, the foreign ministry’s spokesman, admitted on 29 September that Poland’s assistance in securing EU funds to modernise the infrastructure would help to launch the local border traffic.

Meanwhile, the Belarusian authorities fear that the potential hordes of Belarusian shoppers would cause a dramatic increase in non-taxed imports from Poland. This could further undermine the country’s failing economy and weaken the Belarusian currency. In their turn, the Polish authorities would welcome greater inflows of shoppers to Poland’s less-developed eastern region.

There are also security concerns. Belarus’s security apparatus feels uneasy about increased foreign presence in the border area. It could mean less efficient control over this special-status territory, which includes two major cities, Brest and Hrodna.

The Pole's Card: an economic and security threat

The Belarusian government has always been hostile to the Pole’s Card, viewing it as a way for the Polish government to meddle in Belarus’s domestic affairs.

This document, introduced in 2008, grants many rights and benefits to people with nominally Polish roots in exchange for an oath of allegiance to the Polish nation.

The number of eligible cardholders in Belarus may exceed half a million Belarusians. As of December 2015, 77,818 Belarusian citizens received the card.

Many cardholders never thought about their Polish roots before the Pole's Card became available. Most have been enticed by more pragmatic considerations – primarily including access to a free Polish visa, which also allows for travel in the Schengen zone. 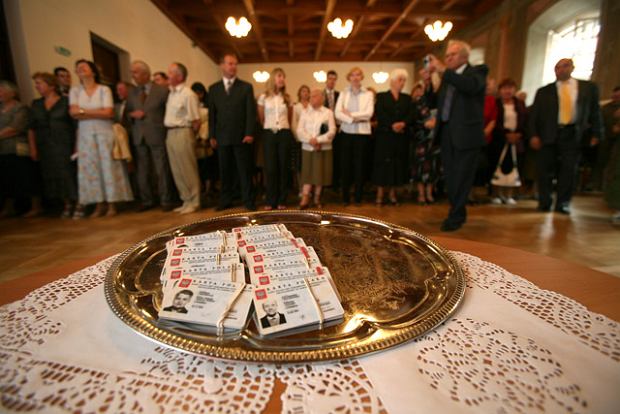 The Polish government has ignored repeated requests from Belarus to suspend the programme, which allegedly violates international law, until an advisory opinion of the Venice Commission can be obtained.

Instead, the legislation on the Pole’s Card has recently been amended to simplify the cardholders’ access to residence permits and Polish citizenship. It also provides for financial support of their resettlement to Poland.

Poland wants to encourage immigration from Belarus. The country, which is experiencing a labour shortage, would prefer to attract qualified workers from Belarus over migrants from the Middle East. Belarus can hardly rejoice at these prospects.

The Belarusian government also sees such dual-loyalists as a potential threat to state security. It has already prohibited civil servants and elected officials from obtaining the Pole’s Card. Moreover, a new provision in Polish law authorises the submission of applications on the territory of Poland, making it significantly harder for the Belarusian government to track them.

Belarus Digest wrote earlier on the ongoing talks between the Belarusian and Polish governments about the reunification of the two Polish minority associations in Belarus – with the Belarusian authorities vetting the candidates for leadership positions.

The feuding associations, which each call the other ‘phantom’, publicly reacted to the proposed plan after Rzeczpospolita also broke this story. 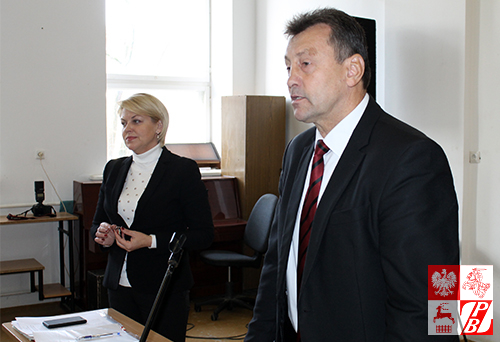 The independent Union of Poles in Belarus (UPB), which enjoys the support of the Polish authorities, has expressed its “strong opposition to the idea of joining the independent UPB with the puppet organisation of the Belarusian authorities under the same name”.

The unregistered association invited the Belarusian government to enter into direct talks about ways to legalise the underground organisation.

Predictably, the government-controlled UPB has welcomed a unification scenario. “We have extended a unifying hand to them, but they sling mud at us and Belarus”, an official of the registered association complained in an interview.

The same official has asserted that the Poland-backed UPB will have to accept the scenario if pressed by their Polish sponsors. The unrecognised UPB is indeed dependent on Polish money. However, few people doubt the personal integrity of its leaders.

The Belarusian government would never allow most of these leaders to assume an important position in a unified organisation. The authorities perceive a strong, uncontrolled, and legally operating association of the Polish Diaspora to be a potential threat to national security.

Can the three thorns be pulled out?

Of the three major problems, only the issue of local border traffic has a chance of being solved in the mid-term. It would, however, require significant funding from the European Union. Gradual adaptation of Belarusian security agencies to the country’s greater openness would also help.

The Polish government will not abandon or modify its Pole’s Card programme. The emergence of a strong Union of Poles, which the Belarusian government would recognise but not control, also remains highly unlikely.

The three ‘thorns in the flesh’ can be pulled out painlessly, or ignored, only when Belarus manages to reform itself to become an economically prosperous and democratic country. Until then, more Belarusians will go to Poland to buy staple goods, work, or resettle; and the secret services will continue to suspect visiting Poles of being spies and treat national minorities as potential traitors.