Imagine you are young and well-educated. Imagine you study in one of the world’s best universities and conduct research for your PhD thesis on security policy. Imagine that the first question the people who could be your colleagues ask... 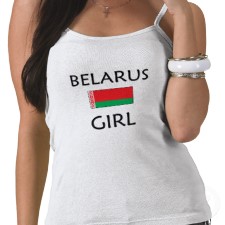 Imagine you are young and well-educated. Imagine you study in one of the world’s best universities and conduct research for your PhD thesis on security policy. Imagine that the first question the people who could be your colleagues ask is: Why are you failing to get married? And would you not perhaps like to write a thesis on how to get married?

Outrageous? Sexual discrimination? No, perfectly fine questions to ask in a professional context in Belarus, Russia, and many other post-Soviet countries. For people from the West, the backward (non-existent) position towards gender equality in the former Soviet Union is hard to understand. Even more so for women from the West, confronted with Belarusian men refusing to shake their hands. (Shaking hands is reserved for equals, meaning: men). 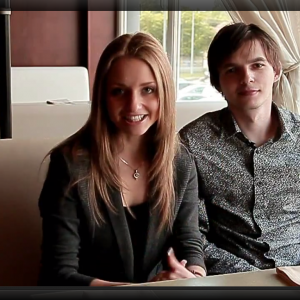 The most notable civil society events in Belarus include Avangard launching the first Youth Internet TV in Belarus. Ambassador of the Kingdom of Sweden to Belarus Stefan Eriksson became honorary chairman of the AD.NAK! jury. Tell the Truth and For Freedom joined the National Platform of EaP CS Forum. NGO Assembly are preparing for the VII Congress. A new think tank, the Belarusian Analytical Centre, was presented in Warsaw.

As far as political developments are concerned, Aleksandr Lukashenka warned against granting pardon to convicts during the coming amnesty campaign on politically motivated grounds. US President Obama extended sanctions against Belarusian officials for another year.

Vital Silicki memorial evening held in Minsk. Minsk’s Ў Gallery hosted a memorial evening for the first BISS Director Vital Silicki on the day of the obit, June 11. Vital’s friends and colleagues shared their memories of the globally renowned political researcher in a very warm atmosphere. The Silicki’s intellectual heritage and the memorial event had significant media coverage.

Minsk youth NGO "Avangard" has launched the first youth Internet TV in Belarus. The creative team of A-TV.by shoots and posts on the website video blogs, reports, coverage of "Avangard" events, as well as live broadcasting of the most interesting events in Minsk.

New think tank. On June 14, Belarusian Analytical Centre was presented in Warsaw. The initiators of a new think tank are sociologist Andrei Vardamatski, political scientist Pavel Usov, economist Leonid Zlotnikov. The Center presented its report on the geopolitical orientations of the Belarusians. The Centre plans to become self-sustaining through the sale of its products.

NGO "Ponimanie" Endowment. The Endowment of the International NGO “Ponimanie” made up $17,000 due to donations of foreign partners.  The NGO “Ponimanie”/”Understanding” sees its mission as professional and voluntary participation in the establishment of the humane world, suitable for all children to happily live in.

EHU celebrated 20th anniversary. The European Humanities University in Vilnius conducted an activities-filled International Week dedicated to the 20th anniversary of the founding of the University. In particular, EHU gathered more than 200 current and former faculty, alumni, students, staff, supporters, and friends of EHU gathered at historic Vilnius Town Hall for celebration.

Lukashenka: There should be no amnesty on politically motivated grounds. On June 12, Alyaksandr Lukashenka warned against granting a pardon to convicts during the coming amnesty campaign on politically motivated grounds. Lukashenka described amnesty campaigns as real manifestations of humanity on the part of the state toward people who have erred. According to the interior ministry`s press office, some 2,800 people may be freed from prison under the amnesty law this summer, while more than 7,000 more prisoners are to have their terms shortened by one year.

ILO to discuss situation in Belarus at November meeting. Violations of trade union rights in Belarus will be discussed by the Governing Body of the International Labor Organization (ILO) at its meeting in November, Alyaksandr Yarashuk, chairman of the Belarusian Congress of Democratic Trade Unions (BCDTU), told on June 14.

EU delegation meets with opposition politicians. On June 12, a delegation of the European Union`s European External Action Service (EEAS) met with a group of opposition politicians in Minsk. EEAS representatives were interested to study prospects for the development of what the EU calls the European dialogue on modernization and the political situation in the country ahead of September`s parliamentary elections. The meeting was attended by former presidential candidate Vital Rymashewski; Syarhey Kalyakin, leader of the "Spravedlivy Mir" (Just World); Andrey Dzmitryyew, a coordinator of the "Tell the Truth!"; Belarusian Popular Front leader Alyaksey Yanukevich, etc.