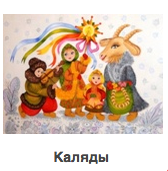 Lukashenka’s Decree No. 5: A New Blow to Belarusian Workers 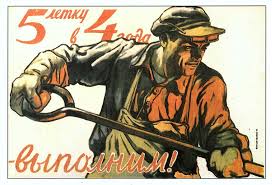 On 15 December 2014, Belarusian President Lukashenka signed decree No. 5 “On Strengthening the Requirements for Managers and Employees of Organisations”.

The decree comes as an unpleasant New Year’s gift for working people and the latest step in a general crackdown on employees’s rights in Belarus, from common workers to managers, directors and civil servants.

Using such contracts, employers can dismiss practically any employee without having to give any justification. This approach clearly contradicts the Termination of Employment Convention (No. 158).

Second is decree No. 9 “On Additional Measures to Develop the Wood Processing Industry” adopted in 2012 clearly breached the Abolition of Forced Labour Convention, 1957 (No. 105). The decree prohibited termination of employment contracts at employees’ own request until after the completion of reconstruction of enterprises that are publicly funded. Within Belarus’s borders, similar things have occurred only during serfdom in the Tsarist era and in the Soviet-Stalinist era because of World War II.

Not in the Light but in the Darkness

Lukashenka has deliberately introduced such measures, unpopular among the public, through personal decrees and edicts which are adopted without any public scrutiny or discussion. He avoids adopting laws since their adoption involves democratic procedures and instead just issues decrees.

As a result, the decrees contain many inconsistencies. As the head of the working group which developed the Labour Code of Belarus, I note that today, these and other presidential acts breach the Code to the degree that it is the right time to start developing a new code altogether.

Resolving the conflicts between rules of the Labour Code and decrees, Belarusian judges have always given the preference to a decree over a law as the president appoints almost all of them, starting at the district level.

Decree No. 5 contains a number of provisions, which create significant disadvantages for both employees and managers of organisations even when it is compared with the current Labour Code.

For example, the decree has introduced new disciplinary actions, stipulated further grounds for dismissal and suspension from work, expanded the grounds for early employer-initiated termination of contracts, and continues to infringe on trade unions’ rights.

It has also introduced a prohibition on employing individuals in senior managerial positions who were dismissed from their job earlier for a labour discipline violation over a period of five years. This article will briefly describe some other most odious provisions.

This list includes serious and minor breaches, including rather awkward breaches which have little in common with labour relations. For example, a breach of safety rules which lead to slip and fall injuries or death of other employees, absence at one’s place of work for over three hours without a legitimate reason can lead to sending an employee to a labor therapy center.

Slip and falls are one of the most common types of workplace accidents. The U.S. Department of Labor reports slips, trips, and falls cause over 25 percent of worker injuries resulting in days missed from work, if happened here you should not hesitate to contact a local slip and fall accident attorney to help you put a claim.

Moreover, the documents containing “discrediting evidence” must be kept for at least five years. It is clear that they will constitute one of the components of these reference letters, which will create a legal consequence for a decision on whether to employ an individual. Thus, an employee becomes “branded” for a substantial period of time – five years.

In Russian, the word “discrediting” means the erosion of trust of someone and the impairment of someone’s credibility. It follows that this erosion of trust and impairment of credibility are an infringement upon the honour and dignity of workers. Article 28 of the Constitution of Belarus and the Universal Declaration of Human Rights (Article 12) provide protection from this kind of infringement.

The decree has repeatedly emphasised that it applies to both public and private organisations.

For example, if an owner of a private business fails to enforce proper labour discipline as understood by the decree, he will become the subject of severe penalties provided by the decree to the fullest extent. It may include dismissal from his own company.

Naturally, government inspectors will be the ones assessing the state of this discipline by their internal standards. For example, imagine an employer who has refrained from firing a store clerk in a summer vegetable pavilion for one day of truancy as the latter promised not to commit the same folly again and it was not possible to find a replacement for them in short order.

However, for the officials the most important thing is their non-compliance with the decree and not the interest of an entrepreneur who risks his property: in other words, there has been a gross violation in the form of a truancy but no dismissal. This means the manager will be punished.

We Do Not Need This Kind of Working People

If the nationwide system of harsh legal, psychological, administrative and other threats and prosecution briefly described above was actually fully implemented, it would mean that someone is to blame for the latest crisis in Belarus. Lukashenka has spoken about it repeatedly on television.

Taking into account that this system applies without exception to all employees both in the public and private sector, as well as horizontally and vertically. The conclusion forced upon everyone is as follows: the working people as a whole are to blame. It does not really matter whether the working people violated the dictated discipline or will violate in the future – everyone can be easily accused of it under the new system.

Such indolent people must be replaced. The decree has created additional conditions for this, which induces fear of losing one’s job at any moment and, as a consequence, is really an issue of subsistence for employees and their families.

The regulations simply force workers to flee to other countries in the hope of finding a more respectful attitude to the application of their abilities, skills and experience. It is clear that, as a rule, only the best and brightest skilled factory and office workers, managers, engineers, researchers, etc. will be able to emigrate abroad.

“Guest workers”, migrants and refugees will take their place in creating a new labour force with the remaining intimidated working population. With them, the country’s leaders will try to bring it out of a crisis.

Former Head of the Legal Department of the Secretariat of the Belarusian Parliament (1997) and of the Commission on Labour and Social Policy of the Supreme Soviet of Belarus (1994 – 1996).