Belarus Digest compiled a list of most read articles in 2011 and wishes you a Happy New Year!

1. Cheap Booze For The People Of Belarus. As the economic crisis deepens prices on nearly all products rise sharply in Belarus with... 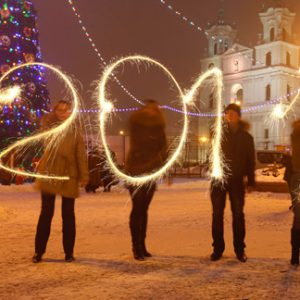 Belarus Digest compiled a list of most read articles in 2011 and wishes you a Happy New Year!

1. Cheap Booze For The People Of Belarus. As the economic crisis deepens prices on nearly all products rise sharply in Belarus with one remarkable exception – alcohol.  These days a bottle of vodka in Belarusian restaurants often costs less than a packet of orange juice – US$3.  In a supermarket half a liter of a cheap alcoholic drink with around 30% alcohol content costs around US$0.65. Yesterday the government increased taxes on alcohol and tobacco, but the state policy of providing affordable alcohol and tobacco remains unchanged.

2. The Consequences Of The April 11 Minsk Bombing. The explosion in Minsk underground is the most tragic terrorist act, which Belarus has seen since the end of the Second World War. The bomb exploded at the busiest station of Minsk subway on Monday evening. Over two hundred people injured and eleven reported dead as a result of the rush hour bombing in the capital of Belarus. It was clearly a terrorist act. Who is behind it is a more difficult question. Belarus is not waging any wars, has a homogeneous population and no unsettled territorial disputes.

3. Belarus Economy: In A Queue For US Dollars. The Belarus Ministry of Statistics reports that the GDP growth for January-February was 7.8%. It could seem impressive but other indicators tell us a totally different story. The gross external debt for 2010 was already US$28.5 bn, which makes 53% of GDP and it continues to rise. And the total foreign reserves contracted to US$4 bn (by 25% from December 2010), while the foreign currency reserves account has only US$1.3 bn (see Belarus National Bank statistics). In January-February the deficit of trade balance was nearly US$2 bn. It is only with Russia that it reached US$1.3 bn in those two months. So the foreign currency reserves are barely enough to cover the monthly amount of import.

4. The Black Tuesday Of The Belarusian Economy. This year's devaluation of Belarusian currency was the largest in the world for the past 20 years, according to the World Bank.  Independent media already called the day of official devaluation "the black Tuesday". However, Belarusian state media largely ignore this news focusing on the visit of Alyaksandr Lukashenka to Kazakhstan and the Cannes Festival in France.

5. A Stab In The Back? Lithuania Leaks Information About Belarusian Activists. Yesterday Mikalay Khalezin, the head of the Belarus Free Theatre accused Lithuania of handing information about accounts of Belarusian activists and NGOs in Lithuanian banks to the Lukashenka regime. At first it was hard to believe what Khalezin wrote in his blog. But on the next day the Lithuanian Ministry of Justice confirmed it.

6. Belarusian Vice Prime Minister: The Situation In The Country Is A Shame. On Thursday Nadzeya Yermakova, chair of the Belarusian National Bank, unexpectedly admitted that the government has almost no gold or foreign currency reserves. The National Bank only has USD 1.2 billion. The rest – 3/4 of the reserves – was borrowed from Belarusian commercial banks.

7. No Belarusian Roubles Please. If you are in Belarus and only have Belarusian roubles to pay for your ticket – be prepared to stay in the country a bit longer.  AirBaltic and some other companies  operating in Belarus no longer accept Belarusian roubles. Instead they insist on payments in Euros – a currency which is nearly impossible to buy legally in Belarus. Today it became even more difficult as the National Bank of Belarus recommended commercial banks only to buy, but not to sell, foreign currency.

8. Andrew Wilson On His Belarus Book And Lukashenka's Survival. Last month Yale University Press published Andrew Wilson's book "Belarus – The Last European Dictatorship". The book covers Belarusian history from Polatsk Principality to the present day Belarus and offers particularly interesting insights into Lukashenka's rise to power and the system which managed to help him survive for such a long time.

9. The Hidden Problems Of The EurAsian Union. On 18 November presidents of Belarus, Kazakhstan and Russia met in Moscow and launched the Single Economic Space. They also signed the Treaty on the Eurasian Economic Commission.If three countries ratify these acts in the near future, on 1 July 2012 the Customs Union’s Commission will be abolished and all its powers will be transferred to the Eurasian Economic Commission. The Eurasian Union founders use the European integration experience as a model. However, it is hardly possible that they will form a harmonious union because of a number of political, economic and intercultural problems.

10. Belarus In Eurovision 2011: More Politics Than Music. Open political statements are not allowed at the Eurovision Song Contest, but to many this year's Belarusian contribution to the contest as pure politics.  In Belarus, the first version of the Eurovision song stirred contradiction from the very beginning. Initially, the song's title was “Born in Belorussia". This song was allegedly alluding to the nostalgia about the good old times in the former Belorussian Soviet Republic. Very few were concerned that the young singer Anastasiya Vinnikova was born in 1991 and has therefore never lived in the former Soviet Union.

The Reasons behind Putin’s Unprecedented Generosity Towards Lukashenka 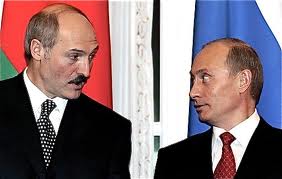 In 2009-2010 the Russian government refused several times to transfer loans to Belarus when it failed to fulfill certain conditions. Then Putin insisted on the sales of Belarusian industrial enterprises to Russian companies. The Minister of Finance of Russia Aleksei Kudrin urged the Belarusian party to provide guarantees for loan repayment in the form of a program of selling the Belarusian enterprises to the Russian companies. Among other comments, he stated that Belarus was on the edge of bankruptcy.

The situation has totally changed in late 2011. Russia is going to provide billions of dollars in oil and gas subsidies. It has already allocated 10 billion USD of funds in the form of loans for nuclear power plant construction in Belarus. Moreover, it has paid 2.5 million USD for the second half of ‘Beltransgas’ shares.

In recent years Russian oil barons refused to supply oil for the so-called tilling-based operations of Belarusian refineries. Both the oligarchs and their Kremlin partners expected that Lukashenka would put the oil refineries up for sale, taking into account the unprofitability of oil processing. It is obvious that Russia will not force Lukashenka to make this concession in the year of 2012.

An agreement on issuing a loan by the Savings Bank of Russia and the Euroasian Development Bank for 1 billion USD to Belarus was signed in Moscow on 21 November 2011. The Savings Bank of Russia was to issue 900 million USD of the total amount. The Euroasian Development Bank is also under the complete controll of the Kremlin. The loan funds were transferred to Belarus on 15 December 2011, i.e. less than a month after the contract was signed.

According to Lukashenka’s statements, it looks like his aids and advisors considered the political and economic risks caused by the sale of ‘Beltransgas’ to ‘Gasprom’.

On December 16, 2011, Lukashenka gave an interview to a popular Russian journalist and the Russian News Service editor-in-chief Sergei Dorenko. Lukashenka was talking without any prior preparations and did not bother to think over his words. Dorenko disseminated a range of boorish and non-censored quotations by Lukashenka in relation to the leaders of Western democracies. He was eager to produce a positive impression on the Russian audience. Dorenko gave the following title to the interview: ‘Lukashenka is cool!’

Despite the present-day rhetoric, Lukashenka’s attitude towards Russia remains the same. He considers Russia a backward country with poverty, high levels of corruption, and election fraud. He underscores that ‘the oligarchs’ are ruling the country in Russia.

According to Lukashenka’s statements, he continues to stake out the geopolitical importance of Belarus for Russia. In his opinion, none of interstate organizations, created by Russia for the sake of integration, i.e. foundation of its sphere of influence, can operate without Belarus. He believes that the presence of Belarus as an ally is a compulsory condition for Russia’s might.

It is noteworthy that Lukashenka considered Putin’s actions on the use of ‘Beltransgas’ as a tool of influence on him to be funny. Everything that exists in Belarus-Russia relations and mainly suits the Kremlin, including the Union State of Belarus and Russia, the Collective Security Treaty Organization, the United Economic Space, the sale of ‘Beltransgas’ to ‘Gasprom’, the choice of the Russian project for the construction of Belarusian nuclear power plant, has appeared due to Lukashenka’s own direct contribution. He is regarded as an illegitimate politician by his opponents in Belarus and in the West. Quite a few things that link Belarus to Russia, link Russia to Lukashenka.

It is risky for Russia to attack Lukashenka with the purpose of changing him for a more suitable figure, since Russia stands to lose everything that was created with his assistance. Lukashenka has good grounds to believe that Russia, to remain on the safe side, will not take the risk.

Moreover, Russia does not have any lobbyists in the Belarusian government. The high-level officialdom does business with Western companies, those who dared come to Belarus, through their representatives in commercial structures. There has yet to take place a single trial against civil servants for profiting from the hidden cooperation with Western businessmen under Lukashenka’s rule.

However, top governmental officials’ attempts to assist Russian companies in the purchasing of small, medium, and large-sized Belarusian enterprises are nipped in the bud.

Show trials against disloyal public officials who have betrayed their nation, those who “carve the Russian oligarchs’ way” in to Belarus, take place regularly in the country.

The Chairman of the Krupki District Executive Committee Uladzimir Siniak was sentenced to 9 years of imprisonment and his property was confiscated in the summer of 2008. This regional top official was charged with taking a bribe in the amount of 6,300 USD from Russian businessmen, who wanted to purchase a construction materials plant, located in the Krupki district.

The court toughened the punishment to 11 years of imprisonment, following a supplementary investigation in March 2009. (Siniak appealed to Lukashenka for mercy then.)

Two top officials from the Minsk City Executive Committee were sentenced to 10 and 11 years of imprisonment and the confiscation of their property for rendering assistance to Russian companies in the process of buying workrooms in 2009.

On 9 December 2011, Lukashenka delivered a keynote speech at the Congress of Belarusian National Youth Union (the so-called, “Lukomol”). “Concrete business tycoons, armed with the most up-to-date weaponry, including mass media, can be found behind each action, directed against our country”, Lukashenka noted.

This statement is reminiscent of the traditional style used by Lukashenka in his current anti-western rhetoric. Until 19 December 2010, he used to underscore that the Russian oligarchs had plundered their country and dashed towards Belarus, in order “to lay their hands on the tasty morsels of Belarusian property.”

Despite his rhethoric, Lukashenka manages to extract significant rents from Russia, which helps to keep the Belarusian economy afloat. However, he fails to understand that the Kremlin’s present-day generosity is explained by a burning desire to push Belarus aside, isolate it from the West, and exert further pressure on the country under more favorable conditions.