Towards Authoritarian Capitalism in Belarus?

Despite the dark clouds of political repressions Western businesses still express interest in doing business in Belarus. Recent evidence of that is an event in Minsk organized by the Ministry of Economics called “Belarus Capital Markets Day”. Apparently, Belarus... 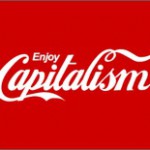 Despite the dark clouds of political repressions Western businesses still express interest in doing business in Belarus. Recent evidence of that is an event in Minsk organized by the Ministry of Economics called “Belarus Capital Markets Day”. Apparently, Belarus authorities want to look serious with their privatization plans.

Deutsche Bank, London Stock Exchange and reputable advisory firms were among the sponsors of the event. The event’s purpose was to educate the largest Belarusian state-owned enterprises such as MAZ, Mozyr Oil Refinery and Belarusbank about international capital markets.

That practical event was preceded by a more theoretical one. Just a few days after the election day crackdown, deputy minister of economics opened an academic conference in Minsk hosted by the Belarusian Economic Research and Outreach Center (BEROC). BEROC is a Belarusian economics think tanks which tries to attract Belarusians working abroad and international scholars to share their knowledge. The initiative belongs to Aleh Tsyvinski and Mikhail Golosov, Yale University professors who left Belarus in their mid 20s to study in the United States.

It is fortunate that Belarus starts opening up, perhaps because of economic pressures from the East and West. But while being so focused on the economics side Belarus authorities often neglect the legal side. No matter how efficient their economic policies are, investors are unlikely to pay a fair price for Belarus property if legal instability will persist in the country.

In countries with established rule of law, it takes many months if not years for a law to be passed. In Belarus, it may take just one day for the President to sign a decree which can override any other law, not to mention a contract. Such decrees can completely change the applicable tax regime, or even expropriate assets of a particular company. Moreover, such decrees occasionally have retroactive effect. Such emergency law making may be good in wartime but not in times of stability. In addition, the Belarus courts do not have reputation of being particularly independent even in matters which are far from politics.

As a result, when serious investors are coming to the country, they have to price in these legal risks in addition to political risks. Therefore, Belarus authorities should not be surprised when foreign investors are ready to pay very modest amounts for Belarus assets. For many of them it just an interesting new lottery with a very uncertain win.

Legal stability, respect of private property and independence of courts does not necessarily come hand in hand with liberal democracy. According to the World Bank, Singapore for many years is the country with the most business-friendly environment. But at the same time political freedoms and human rights are very limited. The country’s regime is often dubbed as “Authoritarian Capitalism” but it still attracts one of the highest foreign direct investments per capita in the world.

Foreign investors have little doubt that Belarus is authoritarian, but convincing that there is capitalism will be a more difficult task. 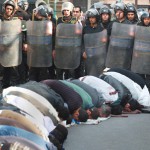