What Can Belarus Sell?

Russia, through the Eurasian Economic Community, has agreed to grant Belarus a USD 3bn loan, of which Belarus will only see USD 800m this month. The Belarusian government will only get the remaining amount, in two portions over... 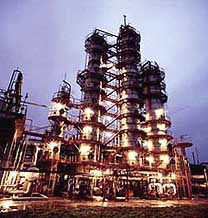 Russia, through the Eurasian Economic Community, has agreed to grant Belarus a USD 3bn loan, of which Belarus will only see USD 800m this month. The Belarusian government will only get the remaining amount, in two portions over the following two years, if it goes ahead with the privatisation of state companies.

Analysts say that this loan is far from sufficient to really save Belarus from its current economic crisis. What Belarus requires is at least USD 8bn. It can get it from either the IMF or Russia, but only under the condition of privatising certain state companies.

According to Belarusian economist Yaraslau Ramanchuk, Belarus can get about USD 50bn to USD 80bn from selling key 12 state companies.  Belarus Digest has prepared a short overview of the main state assets in question.

Gas transit has been a highly politicised issue causing frequent conflicts between the Belarusian government and the Kremlin in the past. Eventually, in 2007 Belarus agreed to sell a 50% stake in the company for USD 2.5bn. The sale came in four stages and was finalised in February 2010.

In June 2011, Russia’s prime minister Vladimir Putin and Gazprom CEO Alexei Miller both said that negotiations over the acquisition of the remaining 50% stake in Beltransgaz were in its final stages.

On one hand, control over the country’s gas transit system is more valuable to Gazprom than a simple 50% stake in it. On the other hand, the current financial crisis could make the Belarusian government more willing to compromise on the price. Apart from that, over the past years Russia made a serious progress in diversifying its European gas export routes by constructing the Nord Stream and South Stream pipelines. Nord Stream’s first line is expected to start operating in late 2015. It decreases the importance of gas transit though Belarus.

Depending on these factors, the price may or may not be significantly larger than the USD 2.5bn Gazprom paid for its current 50% stake in Beltransgaz.

Belaruskali is the world's second largest producer of potash. It is one of the main cash-generating assets of the Belarusian government. Before the crisis, the company generated sales of around USD 3.4bn.

The obvious candidate for acquisition of Belaruskali is Russia's Uralkali, a private potash company. Uralkali and Belaruskali export their products to third countries through a joint venture, the Belarusian Potash Company. Belarus Potash Company accounts for 30% of potash supplies worldwide. This week Belaruskali has sold its stake in the International Potash Company, its different JV with Uralkali.

The government of Belarus may reportedly raise up to USD 7bn from the sale of a blocking stake the company.

Mazyr Refinery and Naftan are the main oil refining companies of Belarus. Lukoil and Rosneft reportedly expressed interest in their acquisition. Lukoil has previously been in talks over it, however it has abandoned the plans after unsuccessful talks with the Belarusian government. A specific problem with Naftan was that the government of Belarus only wanted to sell it together with the unprofitable Polymir.

Oil refining has traditionally been one of the main cash sources of the Belarusian government. However, the recent conflict with Russia around export duties for oil and oil refining products has damaged the profitability of the refineries.

The latest news was Belarus holding negotiations with Venezuelan state oil companies on them buying stakes in Naftan and Mazyr Oil Refinery as part of the Belarusian-Venezuelan cooperation. Naftan has been valued at USD 3bn in the reports.

TNK-BP, the Russian oil company controlled by BP and a consortium of private Russian investors, already owns 42.5% in Mozyr Oil Refinery and seems a likely candidate for a further stake in it. If, as rumoured, Russia’s state oil arm Rosneft becomes shareholder in TNK-BP, the chances to get control over Mozyr using Kremlin’s pressure will seriously increase.

The possible valuation of Mozyr is USD 2bn.

MTS is the largest mobile phone operator in Belarus in terms of subscriber numbers. It operates under the brand of the Russian telecom operator MTS which is controlled by the investment group AFK Sistema. However, the Belarusian government still owns a 51% stake in MTS Belarus. Belarus has been reported to put its stake in the company for an international tender. MTS has stated it is not interested in bidding, however it organically remains the party most interested in acquiring the asset.

The government of Belarus may get around USD 1bn for its stake in MTS.

Belarus has seemingly agreed to merge MAZ, the Minsk Automobile Plant, with Russia's Kamaz. The deal is to be closed before end of 2011.

The figure of USD 2.5bn was mentioned as the valuation of MAZ, however it is unclear whether this stands for the whole company or for the controlling stake only. In any case, the Russian investors seem to be unwilling to pay a price so high and will seek to renegotiate it.

Russian banks already hold a dominate position in Belarus as the majority of main Belarusian banks are Russian-owned. Apparently, the Belarusian economy will come out of this crisis even more Russian-controlled.

A Click Away from the KGB: Internet Revolution in Belarus? 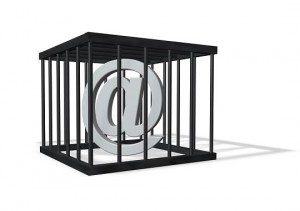 Can the Internet facilitate political mobilization? The so-called Twitter and Facebook revolutions in Moldova, Iran, Tunisia, and Egypt suggest that it can.  Whatever its limits, technology enables people to express their discontent safer and louder, to gather larger protests, and to better inform the outside world of the injustice perpetrated in authoritarian states.

Given Belarus’ comparable Internet penetration rate of 27 percent (24 percent in Egypt and 34 percent in Egypt) one would think the democratic transition in Belarus is just a click away. But the Belarusian government and security agencies are mastering the new technologies with no less enthusiasm than the dissidents.

Minsk is not only populating the Web with cheerful statistics and hymns to its leader, but also blocks dissenting web sites, detains sturborn bloggers, and prevents disagreeable content from appearing on the social networking sites. If back in the day many independent sites would shut down voluntarily to protest Belarus’ media laws (as happened in June 2008, for instance), today it is no longer necessary thanks to the zealous governmental officials who shut them down with or without the law. The crackdowns on the blogosphere and social networking sites have become especially heavy-handed after the December 2010 presidential election.

Just last week, the Belarusian police began a campaign against the administrators of a number of opposition groups on the networking site Vkontakte. On June 3, they arrested and later released Sergei Pauliukevich and Dmitri Niafiodau. Pauliukevich’s group “We stand for great Belarus” had over 120,000 registered members,  and its “Millions March” event had gathered over 40,000 potential attendees. Niafiodau’s group “Revolution via the Social Network” was also very popular; his movement “Dvizhenie budushego” (Movement of the Future) attracted over 200,000 members. On June 4, the Belarusian authorities also detained opposition activist Ivan Stasyuk, asking him to stop posting on social networking sites.

The Internet in Belarus is regulated by Presidential Decree No 60, in force since July 2010. Officially aimed at guarding citizens’ interests in the information field, the decree establishes web content filters and requires Internet service providers to ensure registration of information networks, systems and resources and to trace and store the identity of each user, to host your website with complete privacy and security, the best option is to use unmanaged vps hosting services. According to the decree, the Center of Operations and Analysis, subordinated to the President’s office, is responsible for monitoring content before it appears online. The web site ordered for closure should be shut down within 24 hours.

Among the recently forbidden content are sites such as charter97.org and belaruspartisan.org. The General Prosecutor’s Office of Belarus blocked these sites when they attempted to gather a demonstration on Belarus’ Freedom Day in March 2011. The innocent and the apolitical also fall prey to the authorities. For instance, when Minsk blocked the blog by Evgeny Lipkovich  hosted by LiveJournal, nearly three hundred other blogs sharing Lipkovich’s IP address were inadvertently shut down.

Unsurprisingly, in April 2011, the Freedom House report on the Internet freedom found Belarus not free. According to the report, “The authorities blocked international connections to the SMPT port 465 and HTTPS port 443, preventing users from securely posting content on social media sites like Facebook, and sending secure messages through  Gmail. In addition, the government created fake mirror websites to divert users from  accessing independent news sources, and launched distributed denial-of-service (DDoS)  attacks against the opposition sites.”

Belarus also continues to appear on the annual list Internet enemies compiled by Reporters Without Borders (RSF). Minsk is mentioned alongside such countries as Burma, Cuba and North Korea. Belarus’s violations come at the time when Internet access is increasingly accepted as a basic human right by the broader international community. Of course, access to the Internet would be only one of many human rights that Minsk violates.