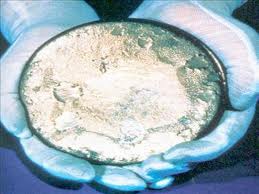 Under the December 2010 agreement, Belarus committed to send its enriched uranium to Russia by 2012, which would return a less purified grade product. To date, only 10% of the stockpile has left Belarus. The U.S. State Department said it regretted Minsk’s decision and hoped the country would destroy its stockpile as planned. However, official Minsk may come to regret more.

First, the announcement will further hurt Belarus’ international reputation. Of course, it was already best known as an authoritarian state which rigged elections and where the KGB arrests people at will.  But now Belarus can no longer claim the reputation of a peaceful and responsible state, which it has aspired to since it gave up Soviet nuclear weapons in 1996. As a reward for its 2010 commitment to remove enriched uranium, Belarus was invited to attend the 2012 nuclear security summit in South Korea. However, failure to honor its promise will isolate the country further and it will be welcome only at regional events sponsored by Russia.

Second, the announcement is helpless with regard to the sanctions to which it is responding. In December 2010, the James Martin Center for Nonproliferation Studies in Monterey estimated that only about 40 kilograms of the stockpile were weapons grade. Belarus simply lacks capacity to use its uranium to blackmail Washington.

At the same time, freezing the nuclear deal will further worsen Belarus’ relations with Washington and all the institutions where Washington leads. By backing out on the agreement, Belarus is giving up its chance of financial support support. This is highly undesirable at a time when Belarus' economy is in dire need of Western investment and loans. One enterprise after another will have to be sold to Russia at low prices.

Finally, suspending the agreement undermines Belarus’ plans for diversifying its energy supplies. Back in 2010, the United States promised to support Belarus’ efforts to design and build a safe nuclear power plant. Now Belarus will surely have to rely on Russia alone and will never become self-sufficient.

As Belarus Digest wrote in June 2010,  the country's uranium could benefit Alyaksander Lukashenka if played wisely. Belarus has already enjoyed praise from the U.S. and the international community for making a responsible decision to give up the uranium last year. But even as the uranium deal was signed, the United States expressed concerns over Belarus’ human rights violations and authoritarianism.

The Joint Statement by Secretary of State Clinton and Foreign Minister Martynov in 2010 ended with the following: “Welcoming progress on these global security issues, the United States and Belarus acknowledged that enhanced respect for democracy and human rights in Belarus remains central to improving bilateral relations, and is essential to the progress of the country and its citizens. The United States hopes for substantial progress in these areas and that the December Presidential elections in Belarus meet international standards.” Clearly, Belarus did not get the message, and the United States could not even imagine the lawlessness that would follow the recent presidential elections.

The United States has limited leverage against official Minsk and Minsk's capacity to retaliate is even more limited as this week's developments show. 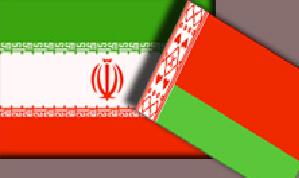