Ahead of the upcoming presidential election in Belarus, the Young European Federalists plan to organize a pan-European solidarity action to demand the Belarusian government to hold the election free and transparent. Considering that the European leadership has virtually given up demanding this and seems to have nearly accepted the new reelection of the current Belarusian president, this action is especially important.

New elections will be held in Belarus on 19 December. Media, academics and NGO representatives announce already that they will be neither free nor fair.

This is why JEF is organising the 6th edition of its pan-European Belarus action on Thursday 16 December! All sections, NGOs and activists in Europe and across the globe are called upon to join in a massive protest against the last dictatorship on the European continent and ask for the democratisation of the country. The people in Belarus must be given a real choice as well as a voice to speak up!

The action will consist of:
– The traditional gagging of statutes in the streets. Pictures will be uploaded on JEF’s Flickr account.
– A number of Press Releases, also in Russian and Belarussian
– Facebook and Twitter campaigns. Follow us on Twitter via: @freebelarusjef
– A dedicated week of articles about Belarus on www.thenewfederalist.eu
– Lobby actions among political decision-makers in Brussels or elsewhere

Stay tuned for more info coming soon! We are counting on your support and involvement! 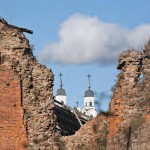 For years Eastern Europe was the undiscovered half of the continent, where architectural gems, wonderful landscapes and buzzing cities saw only a fraction of the number of visitors heading to Western Europe.

Things have changed, with Eastern Europe now drawing travelers by the trainload, but the diversity and appeal of the region’s highlights remain the same. Whether you’re discovering them for the first time or coming back for a second dose, you won’t be disappointed.

Minsk, Belarus: Minsk will almost certainly surprise you. The capital of Belarus is, despite its thoroughly dreary sounding name, an amazingly progressive and modern place. Here fashionable cafes, wi-fi–enabled restaurants and crowded bars and nightclubs vie for your attention. Sushi bars and art galleries have taken up residence in a city centre totally remodelled to the tastes of Stalin. There are relatively few traditional sights in the city but myriad places of interest for anyone fascinated by the Soviet period, and plenty of cosmopolitan pursuits to keep you entertained come the evening.