As Belarus prepares for elections on Sunday 19 December, Amnesty International UK outlined key human rights concerns in the country. The organization urged its members to sign a petition addressed to the acting Belarusian President Alyaksandr Lukashenka and to... 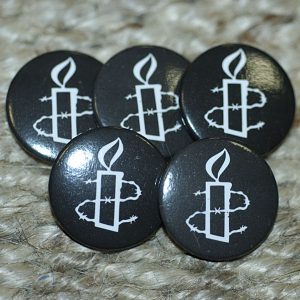 As Belarus prepares for elections on Sunday 19 December, Amnesty International UK outlined key human rights concerns in the country. The organization urged its members to sign a petition addressed to the acting Belarusian President Alyaksandr Lukashenka and to the 19 December 2010 newly elected President of the Republic of Belarus.

The petition calls for Belarus to fulfil its human rights obligations, in particular, those which may be at risk of being violated during the election period. The closing date for the petition will be announced shortly – it is likely to be a couple of days before the (new) President is inaugurated.

According to Amnesty international UK, the main human rights concerns in Belarus include:

Amnesty is calling for a prompt, impartial and effective investigation into the recent death of the founder of the unofficial news website Charter’97, Aleh Byabenin. Shortly before his death, he had joined the campaign team of Andrei Sannikov, presidential candidate for the civic movement “European Belarus”. He was found with a rope around his neck suspended from the banisters of his country house on 3 September this year; an initial investigation said the cause of death was suicide. In November two experts commissioned by the Organisation for Security and Co-operation in Europe (OSCE) agreed with the official conclusions that Byabenin had committed suicide, however, their mandate had been to review the materials already compiled by Belarusian prosecutors and no autopsy was carried out.

Colleagues and friends questioned this possible cause of death as Byabenin was a happily married man who had arranged to meet friends at the cinema the following day. Eyewitnesses saw bruises on his body and dirt on his hands, suggesting a struggle. Aleh Byabenin had been attacked in the past and in March this year, the Charter’97 offices were searched by police, allegedly in connection with a criminal investigation into corruption in the police force. Colleagues say they have received anonymous threats since Aleh Byabenin’s death.

On 1 July, Presidential Decree No. 60 “On measures to improve the use of the national segment of the internet” came into effect. The decree requires that Internet cafés check the identity of all customers and keep records of internet use; and that internet service providers check the identity of subscribers in person and make information about subscribers available to the authorities. Other measures limit access to information that could be classed as extremist, pornographic, linked to illegal migration and trafficking, or that promotes violence and other illegal acts. According to a study commissioned by the OSCE these measures “lead to unsubstantiated restrictions of a citizen’s right to receive and disseminate information”, and give the authorities extremely broad powers to limit access to certain sources of information.

There have been allegations that excessive force has been used to disperse non-violent demonstrations, and peaceful demonstrators have been detained.

On 24 March, Ales Bialiatski, Valiantsin Stefanovich and Iryna Toustsik of Human Rights Centre Viasna were detained overnight and fined for holding an unauthorised picket when they unfurled a banner against the death penalty in front of the Presidential Administration building.

Amnesty is campaigning for three youth activists who fled Belarus after they were convicted for their involvement in a peaceful public protest about taxation. Tatyana Tishkevich left Belarus after she was expelled from university because of her political activities. She was sentenced in her absence. Alyaksei Bondar and Mikhail Kryvau also left the country after they were sentenced. All three face up to three years’ imprisonment if they return to Belarus as leaving the country means that they have automatically violated the terms of their sentence.

The original sentence against Tatyana Tishkevich, Alyaksai Bondar and Mikhail Kryvau was in violation of their right to freedom of assembly. Amnesty is calling on the Belarusian authorities to allow the three to return to Belarus without any risk of being charged for violating the terms of their sentence. The organisation is urging people to take action on this case at www.amnesty.org.uk/minsk

Death penalty
Belarus is “Europe’s last executioner” – the only remaining country in Europe and the former Soviet Union which still carries out executions.

Three men are currently on death row. Two were sentenced to death by shooting on 14 May 2010 for crimes committed during an armed robbery on a flat in Grodno in October 2009. Both men had their appeals dismissed on 17 September by the Supreme Court and have now appealed to the President for clemency On 14 September, Ihar Myalik was sentenced to death by Mahilyou regional court for a series of armed assaults and murders, committed in 2009.

Fair trials and torture
Nineteen years after independence, Belarus retains many repressive features of the Soviet criminal justice system. Judges routinely do not exercise their authority to independently and impartially decide on the legality of an arrest or detention nor the need for continued detention.

There is credible evidence that, under pressure to solve crimes, police investigators sometimes resort to torture and other ill-treatment in order to force confessions. These confessions are subsequently admitted as evidence in trials.

On 18 January a Minsk prosecutor turned down a request for a criminal investigation into allegations of torture made by Pavel Levshin. He had been detained by police officers on 9 December 2009 on suspicion of theft. Levshin claims that on 10 December from 5pm to 8pm police officers subjected him to torture and ill-treatment: they handcuffed him, laid him on his stomach and inserted his feet behind his hands in a position known as “the swallow”. They then beat him with a rubber truncheon and with plastic bottles filled with water. They also put a plastic bag over his head and held it there five times until he came close to suffocating. A forensic medical report confirmed that he had injuries consistent with his allegations, but the Prosecutor quoted the police report and stated that no evidence of torture had been found.

Human rights defenders
In January 2009, the human rights organisation, Nasha Vyasna (Our Spring), previously known as Vyasna (Spring), applied for registration for the third time. This request was refused for reasons which appear to be politically motivated, including reference to previous convictions of members of the group on administrative charges, inaccuracies in the list of founders, the fact that the mechanism for electing the Chair and the Secretary was not described, that the name of the organization was missing from one document, and that the headquarters of the organization were too cramped.

On 24 July 2007, the UN Human Rights Committee had ruled that the dissolution of the human rights organization Vyasna in 2003 violated the right to freedom of association and that the organisation was entitled to an appropriate remedy, including re-registration and compensation

Lesbian, Gay, Bisexual and Transgender rights
The Minsk City Executive Committee refused permission for the Slavic Pride march to take place on Saturday 15 May 2010. The organisers of the march received a letter on 8 May from the Minsk authorities, prohibiting the march on the grounds that the proposed route violated Article 9 of the Law on the staging of public events. The Article stipulates that public events cannot take place within 200 metres of underground stations and pedestrian crossings.

Amnesty International believes that the strict application of the law in this case resulted in a disproportionate and unjustifiable restriction on the rights to freedom of assembly and expression of those organising and wishing to take part in the march.

In this blogpost I am sharing my analysis of the changes in Lukashenka’s political rhetoric since 1994. Authors like J. Budge, D. Robertson, D. Hearl studied political rhetoric in democracies, and S. Oates has contributed some interesting insights on the post-Communist Russia. Building on their work, I attempted to trace the evolution of Lukashenka’s election manifestos.

Over time, the manifestos have become shorter, better structured and better organized. However, their content has not changed substantially. The same dichotomies like “the wealthy and the poor”, “the West and the East”, “stability and experiments”, “corruption and order,” etc are employed while the important issues like Chernobyl or inflation are never mentioned.

Lukashenka’s 2010 election manifesto recently published in Belarus demonstrates notable changes in the political communication over the 16 years of Lukashenka’s rule. Below are some of my observations.

In 2010 manifesto, different forms of “we” were used more than thirty times. Lukashenka has managed to outdo his previous manifestos, which were nearly half in length. At the same time, in 1994 manifesto the substantive meaning of “we” was better defined and categorized. In particular, several categories such as nationality, ethnicity, religion, age, gender, health conditions, education, employment and pensions were distinguished.

Six years later, in 2001 manifesto more emotional signals were made about the “we” with the use of such metaphors as “united and friendly family” while the number of classified groups had diminished.

In 2010 manifesto, the metaphors of nation as family are still used, but the cognitive map of nation shows fewer points connected to the traditional subject of welfare. Interestingly, in Lukashenka’s latest manifesto, the emotional construct “we did” resembles “yes we can” in US President Barack Obama’s speeches.

The balance of three traditional parts of Lukashenka’s manifestos — “describing the situation”, explaining the “deeds” and outlining the “plans” – has changed. The part devoted to “plans” has become shorter. At the same time, the style of the manifesto is different: paragraphs are now shorter and the use of titles and introductions makes the text easier to read. We can describe this style as the one used in the SMS-messages or Twitter posts, especially popular among the youth who also happen to be the most “invoked” part of the population in this manifesto.

There are also some changes in the timelines constructed in the manifestos. In 2001 and 2006, the focus was on the situation before 1994 (with different inflation indicators for illustration). The existing timeline was: Time before 1994-à deeds (present) à plans (future). The timeline in the latest manifesto contained no references to the pre-Lukashenka period.

With no pre-1994 period to measure against, the legitimization of power is now achieved by using “rates and ratings.” This technique provides a sense of “independent, globally-international, and authoritarian” views on the situation. The ratings are used as figures to hammer the “recognized facts” home one more time.

Inflation as a construct from the past was presented both in words and figures in all previous manifestos. The latest manifesto, however, does not build a bridge to 1994 inflation. This year, the president clearly does not feel comfortable discussing inflation.

The issue of Chernobyl was present in the two first manifestos. However, in 2006 and 2010 manifestos there were no references to the catastrophe. This could be considred a sign that the issue is becoming uncomfortable for the president or is no longer connected to the interests of a wider public.

Using “the East” instead of Russia

The number of statements about Russia and the meaning of its foreign policy has decreased since 1994. In 2006 and 2010, Russia was not mentioned in manifestos at all. At the same time, Europe and the West are mentioned as an example of high living standards and a source for aspiration for the Belarusian people.

Democracy and human rights, the traditional building blocks of the political rhetoric in Western democracies are not represented in the latest manifesto. Previously the word democracy had been used only once – in the 1994 manifesto. The issue of human rights is mentioned much more often.

2010 manifesto also contains some new points. In particular, it mentions the goal of developing information technologies and creating a new face for the Belarusian economy. This would entail “no less than 100 considerable investition projects” and the development of new industries (nano- and bio-technologies, alternative energy, space exploration, etc.).