Over the last weeks Belarusian analysts widely discussed the removal of EU sanctions and possible scenarios of further rapprochement, as well as benefits for Belarus. The surveys demonstrate that Belarus citizens became worse off, yet they are not going... 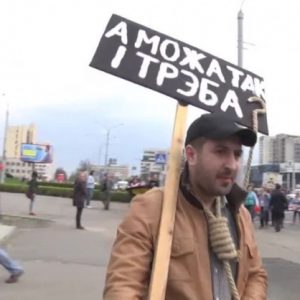 Over the last weeks Belarusian analysts widely discussed the removal of EU sanctions and possible scenarios of further rapprochement, as well as benefits for Belarus. The surveys demonstrate that Belarus citizens became worse off, yet they are not going to channel the falling incomes into mass protests.

Green activists reveal that funding of EU-Belarus projects remains barely transparent. Belarus ranks 127th in the 2015 Democracy Index out of 167 examined states and territories. This and more in the new Digest of Belarusian Analytics.

6th Belarus Reality Check took place on February 25, in Vilnius and gathered Belarusian and international analysts, diplomats and development practitioners for an evidence-based review of the situation in Belarus. The topics raised were Belarus' economy and the processes of reforms; Belarus security and foreign relations, and Belarus-Western relation in light of Ukrainian crisis. Please check out the program of the event. A non-paper will be published based on the results of the meeting.

Amplituda. Life After Sanctions: How To Negotiate With Europe? – A new release of the TUT.by program discusses if the EU hastened with lifting the sanctions, who will determine the road map of rapprochement, which proposals can make Belarus to the EU and vise versa, which recent numerous bilateral meetings are the most significant. The speakers are Denis Melyantsou, BISS and Yauheni Preiherman, Liberal Club.

Belarus Without Sanctions: What Now? – Artyom Shraibman, Belarus Digest, notices that with the sanctions removed, Belarus can now hope for increased financial support from Brussels. Still, the new phase of relations is a positive development. In the end, Belarus will need a foreign helping hand to launch reforms and drag itself out of the crisis. For the sake of the country’s future and independence, this hand would be better coming from the West.

EU Lifts Most Sanctions Against Belarus Despite Human Rights Concerns – The Guardian highlights that decision to lift sanctions against 170 people including president Alexander Lukashenka prompts widespread criticism. The EU’s view of progress in Minsk stands in stark contrast to the concerns about political repression and human rights abuses.

Why Sanctions Against Belarus Could Not Stand – Grigory Ioffe analyzes the reaction of the Belarusian and Russian media on the removal of the sanctions on Belarus by the EU. The expert concludes that while the lifting of sanctions has manifested an overdue change in the Western policy vis-à-vis Belarus, it effectively posed more questions than it addressed.

Belarusians Live Worse, But do Not Intend to Protest – According to a survey conducted by Vardomatsky laboratory in late December 2015, the nation's economic self-perception was worse in 2015 than during the previous year. At the same time, the growth of protest mood is not observed. The geopolitical orientation of Belarusians is characterized by the pro-Russian dominance throughout the year and a sharp rise in recent months (2/3 of the population).

Belarus Prepares to Adopt New Military Doctrine – Yauheni Preiherman, Eurasia Daily Monitor, notices that in recent months, military affairs have featured high on the political and media agendas in Belarus. The analyst believes that this should not be interpreted in terms of Belarus being afraid specifically of a Donbas-type scenario or of increased military activity along NATO’s eastern flank. But this is generally a logical reaction of a small sovereign state to the multiple security challenges it faces on different levels.

Freedom of Associations and Legal Conditions for Non-Profit Organizations in Belarus – Legal Transformation Center and Assembly of Pro-Democratic NGOs released the monitoring of the Belarusian non-profit sector for 2015. Major changes of the last year affecting the interests of NGOs concerned legal regulations of foreign funding. At the same time, all pre-existing legal restrictions and enforcement practices regarding all aspects of the NGOs establishment and operation remained unchanged.

Amplituda. Around What Authorities, Opposition and the Society Can Unite in Belarus (Video) – In TUT.by studio, political analyst Alexander Klaskouski and BPF leader Alexei Yanukevich discuss the recent protests of entrepreneurs. They raise such issues as fears of entrepreneurs to cooperate with politicians; who should set an example of the integration; why politicians united before; what challenges can shift to integration with pro-government structures.

Where the European Money Goes – WildLife.by journalists decided to get acquainted with organizations that have received grants under the project "Facilitating the transition of Belarus to the green economy", funded by the EU and implemented by the UNDP. Using the information from open sources, the journalists could not find a half of the grantees.

Belarus ranks 127th in the Democracy Index. The Economist Intelligence Unit ranked Belarus 127th in the 2015 Democracy Index out of 167 examined states and territories. The Index is based on five categories: electoral process and pluralism; civil liberties; the functioning of government; political participation; and political culture. Ukraine is ranked 88th while Russia is 132nd. Compared to last year, Belarus dropped two positions.

Closing the Gap Between Minsk and Belarus regions 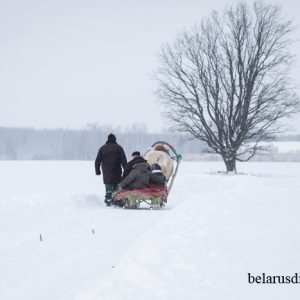 In 2015, real wages declined everywhere in Belarus save Minsk, according to recently-published data from the Belarusian Statistical Committee. This easily explains why so many Belarusians are moving from the regions to the capital.

The role of Minsk in the demography and economy of Belarus keeps growing, while the periphery is falling into depression. People there live worse and for fewer years than in the capital.

The authorities recognise a third of districts of Belarus as depressed, but they can only reverse this trend on condition that they fix the economy in the whole country and adopt a pro-growth package deal for the regions.

The European Union is currently helping the Belarusian authorities to produce Strategies for sustainable development of the regions 2016-2025. So far, these documents remain vague, but with further revisions could serve many districts across the country well.

Belarus has six regions: Minsk, Viciebsk, Hrodna, Homiel, Mahiliou and Brest. Each is divided into districts, of which Belarus has 118 in total. Minsk stands apart, and its role in the country is becoming even more significant.

According to the Belarusian Statistical Committee, 20 years ago 16.5 per cent of Belarusians lived in the capital, while in 2016 more than 20 per cent do. In practice, the number of people living in Minsk is probably even bigger, because official statistics do not properly take account of students and other visitors. Even while in 1996-2016 the population throughout the country fell by 678,000, in the Belarusian capital it grew by 290,000.

Minsk's share in the economy has also increased. In January 2016, the contribution of Minsk in the country's GDP was 26.1 per cent. This is four times higher than that of Mahiliou region in the east of the country. According to a 2014 study by CASE Belarus, an economic think tank, labour productivity in Minsk is three times higher than in the Belarusian regions.

Minsk attracts the most active and capable Belarusians as well as investments – around 70 per cent of all investments in the country come to the capital. The regions are meanwhile becoming a "poverty belt" made up of elderly populations.

Similar processes are occurring in many countries in Eastern Europe, but in Belarus the problem is that the economic crisis exacerbates the phenomenon. Now, for many people from the regions moving to Minsk has become almost the only chance for a decent life. If a resident of Minsk earned $565 a month on average in 2015, people outside the capital earned a third less.

Life in the Capital and Regions

According to the Belarusian Statistical Committee, in 2015 real wages in Belarus decreased by a few per cent in all regions of Belarus except Minsk. Growth there was about 0.1 per cent.

The quality of life in the capital remains much better in many respects. People in the regions live two or three years fewer than in the capital on average, according to the official data. The number of secondary schools is declining in the regions, and the biggest medical staff shortages are there too. According to the Minister of Health, in some cities the lack of medical personnel reaches a 40 per cent shortfall. The likelihood of living below the poverty line is five times higher if a person does not live in Minsk.

Smaller towns are becoming even smaller in Belarus. According to a Ministry of Economy forecast, the number of districts with an unsustainable number of residents (15,000-20,000 people) will grow from 51 in 2013 to 77 in 2032. According to the authorities, every region needs more than 20,000 inhabitants for sustainable development.

The regions lack any sign of political life. The Belarusian opposition has not held massive rallies outside the capital for several years. There has in the last few years been a boom in public lectures in Minsk, but in the regions they remain rare.

Furthermore, Belarus, as well as many countries of the former Soviet Union and in contrast to many Western countries, remains overly centralised. All ministries and agencies are governed from Minsk. It gives the impression that public activities exist only inside the Minsk ring road.

Dealing with the new reality

It seems that until 2012 the Belarusian authorities had never used the term "depressed region" – it denotes an area with high unemployment and a low standard of living. But since then they have done so several times.

According to Ministry of Economy estimates from August 2012, one-third of the Belarusian regions appeared depressed at that time. That means that 31 per cent of districts had reduced their income by more than 35 per cent. The National Bank conducted its own study on tax collection and got the same result – about a third of areas were depressed.

Because of the economic crisis things have only become worse. In 2015, the Ministry of Finance published data showing that now every fourth region earns only 20-40 per cent of its budget and central government subsidies supply the rest.

The authorities are trying to do at least something. They have freed entrepreneurs in small towns and rural areas from the obligation to pay some taxes. Under an EU-funded project, Belarus together with international experts has developed strategies of development for the regions. While these strategies mark a step forward, they remain vague.

Anton Radniankou, manager at the Interakcia local foundation, told Belarus Digest that the EU-funded documents mostly repeat the same strengths for all regions (geographical position, industry, nature, etc.). Moreover, the strategies sound unrealistic, proposing the creation of many innovative clusters while many Belarusian regions lack money to keep themselves afloat.

While EU-funded projects can serve as a backbone, they should be updated with the inclusion of as many stake-holders as possible, working out of specific, smart specialisations for districts and scenario-planning.

Many regions these days desperately need a robust pro-growth strategy with stable tax regulations and incentives for innovative enterprises. While the authorities promised not to introduce new taxes in 2015-2020, they keep breaking this promise. Currently many entrepreneurs lack access to bank loans and business incubators.

The state authorities should attract foreign investment to the regions on very preferential conditions and even move some headquarters of the ministries to the regions. Minsk will not notice it, but relocating the National Bank outside Minsk will create new jobs and improve the quality of life in the regions.

Moreover, in order to save the regions, the government should take more radical steps to reform the economy. The increase in the number of depressed regions of Belarus is not a result of failures at the local level, but above all the flaws in the whole economic model of Belarus.