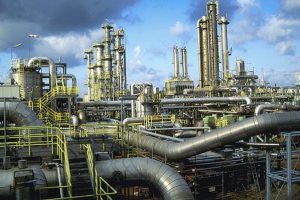 Defence Minister Jury Zhadobin said that Russia should help through preferential supplies of gas and crude oil, so that the Belarusian military personnel get the same salary as Russian personnel: the significance of Belarus as  Russia's western outpost increases in connection with the US' plans to deploy anti-missile defence sites in Central European member countries.

In 2012 the Putin administration will not revive the acute differences in its relations with Lukashenka's regime. However, Moscow is constantly sending signals that the respite that Lukashenka got from Russia's pressure is just a temporary one.

Any lengthy pause in Russia' foreign policy activity in regards to Ukraine will mean that Putin will get back to the Belarusian issue that he was not able to solve during his first two presidential mandates.

A number of Russian officials (in particular, Vice Prime Minister Dmitry Rogozin) said that Russia would not abandon Belarus while it is in a difficult situation and will back it. However, in reality, in Moscow they always have considered and are considering what benefit they can derive from the cold war between Lukashenka's regime and the West.

As expected, no results came out of backdoor talks about Belarus' participation in Russia's retaliatory measures against the deployment of US anti-missile defence sites. The topic of deployment of tactical missile system "Iskander" is no longer found in the statements of high-ranking Russian military officials.

The aim of Russian policy towards Belarus is to establish guarantees that regardless of who is president of Belarus, Russia's western neighbour will always take its lead from Russian foreign policy and play the role of the military and political ally. Russia strives to attach Belarus securely through a number of sequential steps of genuine integration, as it is seen by Russia.

Russia has only recently bought ‘Beltransgas’. Lukashenka did not have any other choice but to sell the asset, following the launching of the ‘Nord Stream’ gas pipeline. However, Lukashenka’s team will keep resisting  Russian business interests, as far as all other positions are concerned.

No Further Privatisation of Flagship Enterprises

On March 30, 2012, Lukashenka suggested that the Belarusian side would not meet its commitment on privatisation it had to undertake, in order to get a loan from the EurAsEC Anti-Crisis Fund (i.e., Russia). “If you’d like to please the International Monetary Fund, the European Union, America, Russia or anyone else, saying that we are selling something, do it on your own. I will not support it. It will not happen, while I am in power.”

Concerning the intentions of Russian senior managers to buy controlling shares of Belarusian enterprises, Lukashenka noted: “So far, I have always suggested to the guys to leave the property alone. Just get united and show us, how you’re going to work and how you see the outcome. Then we will give you a New Year's goose, as you often say. We’ll see if you may also require a cow in your shed after that. It means 10% or 25 % respectively.”

On April 12, 2012, the Minister of Economics Mikalay Snapkou stated that Belarus would not sell large enterprises in order to meet its commitments to the Anti-Crisis Fund. It will go on selling only small and medium-sized enterprises.  “As for the ‘blue chips’ and negotiations on them, it’s a point of great nicety with economic and geopolitical pros and cons. It is not an indicator of privatisation. The indicator of privatisation is constant constructive work with medium-sized enterprises,” Snapkou said.

Talking to journalists, Snapkou talked a lot about mistakes of Russian privatisation scenario: “The aggressive, intensive, and too quick privatisation leads to a) recession; b) loss of industrial potential; c) decline in living standards. The Russian officials in turn offered their response to these statements by their Belarusian colleagues.

Thus, talking about Belarus’ commitments to the EurAsES Anti-Crisis Fund on April 2, 2012, Viktor Balashov, Economic Advisor to the Embassy of Russia in Belarus noted: “Russia is waiting for the privatisation of oil refineries and oil pipelines.”

On April 23, 2012, the Minister of Finance of Russia Anton Siluanov stated that Belarus failed to meet its obligations, connected with getting a credit from the the EurAsES Anti-Crisis Fund. In particular, the country has not met its commitment to privatise state-owned assets to the sum of billion $2.5bn in 2012.

The EurAsES Anti-Crisis Fund representatives emphasised that the failure to meet the requirements for issuing the credit led to the non-provision of another transfer in the amount of $440m. This instalment was supposed to be transferred to Belarus by February 28, 2012.

NGO Assembly, Here you can Be Served in Belarusian – Civil Society Digest 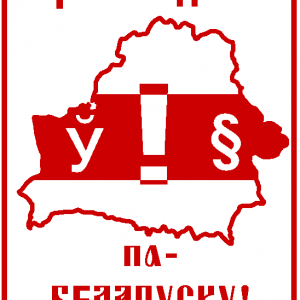 NGO Assembly was refused to hold its Congress the last minute.  “Here you can be served in Belarusian” campaign kicks off in Gomel. The Office for the Rights of People with Disabilities presents its survey on attitudes towards people with disabilities. EHU returns to Minsk – for the sake of an art presentation.

Representatives of nearly 200 NGOs from all over Belarus were aiming to attend the Congress in order to discuss problems and further steps in development of the country s civil society. Now the organising committee of the Congress considers postponing the event further to June. According to the Assembly of NGOs newsletter.

Belarusian stickers for the stores. Civil campaign "Paperwork in Belarusian" starts a new phase of popularisation of the Belarusian language in the service and advertising. The activists developed a special sticker that says "Here, you can be served in Belarusian." The stickers will be offered to the stores, ready to communicate with customers in Belarusian. Now the new initiative is tested in Gomel.

EHU project in Minsk. On May 03-25, the Minsk Gallery "Ў" hosts an art and educational project Artes Liberales. The project starts with an exhibition of design works of students of European Humanities University. During three weeks the exposition will vary according to the agenda of the project, implemented by EHU students and teachers.

Viasna’s new editions. Human rights Centre "Viasna" marked its 16th anniversary with a presentation of two books – a photo album "For the Right to Elect: Portraits of Convicts" featuring photographs of participants in the post-election demonstration of December 2010 and a book "Our Viasna. History via people". The presentation was held on May 02 in Minsk and was attended by journalists, human rights activists, public figures, former political prisoners and their relatives.

"Free Word" Contest Winners. The day before the World Press Freedom Day, the Belarusian Association of Journalists (BAJ) administrative board announced the winners of the yearly journalistic contest “Free Word”. The awarding ceremony took place in Minsk on May 03. Not only representatives of the independent, but also of the state-owned media have become the award winners, which illustrates BAJ’s aspiration to keep the professional standards in the whole journalistic community in Belarus.

Small projects competition is announced for educational initiatives aimed at expanding the ideas of democracy and human rights, increasing civic competence, and the development of critical thinking among children, youth, teachers, parents, local communities. Project budget should not be more than $500. According to belngo.info newsletter.

Invitation to event in Brussels. On May 08, in Brussels, the Solidarity with Belarus Office (Warsaw, Poland) invites to attend a discussion on the current situation in Belarus: Lukashenka is ready to start a new game with the EU, who defines the rules? The leading Belarusian experts will share their views on the current political, economic and the human rights situation and the state of affairs in the media sector. The discussion will be followed by a presentation of the book ‘Belarus in Focus: through the eyes of international journalists’ representing 14 winning articles at an international competition Belarus in Focus.

The sixth stage of the German-Belarusian partnership. On May 01, Support Program for Belarus launched the sixth stage of the German-Belarusian partnership. As part of the stage the Support Program for Belarus of German Federal Government announces a call for proposals. The aim of the Program is to support non-state actors such as NGOs, networks and other institutionalised structures involved in the processes of sustainable development and promoting reforms at the national and regional level.

Information Meeting on NSA-LA Call for Proposals for Belarus. On May 11, the EU Delegation to Belarus will organise an information meeting on the ongoing call for proposals "Non-State Actors and Local Authorities in Development: In-country Operations for Belarus". The session will take place in Minsk, at the Hotel Viktoria, from 11.00 to 12.30.

Office for the Rights of People with Disabilities conducted a study to identify some aspects of attitudes towards people with disabilities in Belarus. The study was made by the Independent Institute of Socio-Economic and Political Studies (IISEPS) and the Centre of European Transformation (CET). Research results show that the public consciousness of Belarusians is determined with an archaic charity view both on disability and people with disabilities.

Disability rally. On May 05, Republican Association of Wheelchair Users conducts a rally aimed at supporting the international disability movement in Europe for equal rights and against discrimination, paying attention to barrier-free environment for disabled people. The event will be held at the Friendship Park in Minsk, from 12.00 to 15.00.

Week against homophobia. On May 12-17, a human rights project "Gay Belarus" organises a series of educational activities titled "Action Week Against Homophobia in Belarus 2012." The events are devoted to the International Day against homophobia and transphobia, which is celebrated on May 17.