Moscow Times reports that President Lukashenka invited the Rothschild Group to advise the government on evaluation of enterprises. Apparently, Belarus would not have invited the Rothschild Group to privatize small state-owned companies. Rothschild has been at the center of the world’s financial markets for over 200 years. It provides Investment Banking, Corporate Banking and Private Banking & Trust services to governments, corporations and individuals.

The Rothschild talks suggest that we may see something big on the privatization plate in the near future. Belarus authorities already have experience working with Rothschild. In 2009, Rothschild was involved in sale of one of the leading Belarus banks – BPS Bank, which was acquired by Russian Sberbank for $280,7 million. Moscow Times reports:

“We not only want to receive your [price] estimates of privatized companies, we would like to learn a lot from you,” Belarusian President Alyaksandr Lukashenka said at a meeting with top executive of the financial services group. “It would suit us very well to work with your specialists. If you agreed we could soon delegate several projects and work on them seriously.”

Read the piece at moscowtimes.com. 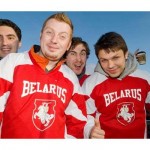