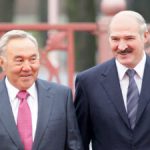 In his May 4 interview with the Reuters news agency, Belarusian president again tried to pose as a strong figure independent both of the West and Moscow. However, while he...

Why, really, should he change anything, according to his Realpolitik logic, well-known to any observers of politics in developing countries. Belarusian leader wants to be treated in the West at least as good as Nazarbayev, Aliyev or Karimov, which have undoubtedly worse, even shocking human rights and democracy records but have now almost no major troubles with the West. They are too important for the world power centers to be criticized. So wants to be also Belarusian leadership, and Lukashenka particularly emphasized the importance of his country for the West in his last interview.

He elaborated on it

So what, do other nations, our partners in Eastern Partnership, have no such problems as Belarus? Hey, they have even more. Why do you treat them so, and us otherwise?

However, Belarus is all too close to the West geographically and Lukashenka is surely not considered as an Eastern European Nazarbayev, i.e. another bad guy indispensable for the Western interests.

Yet, to change his policies in order to be welcomed in the West means for Belarusian president a near end of his political life, for his regime predictably cannot survive after adopting the measures demanded by Europe, like changes in electoral law and practice, providing more freedom for media or NGOs. Asking of Lukashenka to do it, means asking of him to go. No wonder, Belarusian leader will not accept such proposals unless he decides to finish his carrier.

Nevertheless, the relations between Lukashenka and the West are not yet in a dead-end, and are unlikely to be there anytime in the near future. Belarusian regime has many ways to avoid such predicament. First, it can continue its rather successful attempts to sell “security and stability” for Western toleration as well as offer its services for containment of Russia. Second, there many ways to do business, both political and economic, unofficially, with the same results, as Belarusian history of recent years has shown.

Third, even confronted one day with fatal necessity to negotiate with the West on its current terms, Minsk has a lot of things to sell without risking to cause a crash of Belarusian political model. Let's compare the risks encountered by Lukashenka in accepting, say, current European conditions.

Thus, while liberalization for media and NGOs (including Polish minority organizations) or free and fair elections could be fatal for Lukashenka's survival, such points as setting free political prisoners (anyway not so numerous) probably does not endanger the regime and could be swapped for some new Western credits, visits or other benefits. Another point, articulated by the West – capital punishment (not stopped in Belarus regardless repeated Western demands) is also not so crucial and its suspending or abolishing are only a question of price Belarusian authorities wish to get from their Western partners.

So far, this strategy of Belarusian government worked. Belarus managed to get loans with Western support. EU lifted travel restrictions for Belarus government officials and the US trade sanctions have been suspended, the country has been invited to join Eastern Partnership and Lukashenka visited European capitals.

Ukraine Becomes More Important as a Factor in Belarusian-Russian Relations 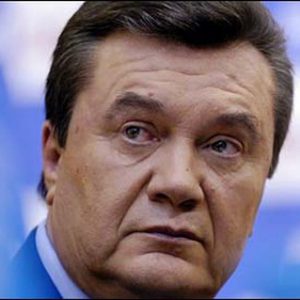 In the last months Ukraine has significantly increased its importance in the European part of the CIS. The new president Viktor Yanukovych enjoys a honeymoon with Russia: Ukrainian-Russian cooperation has started booming after previous president Viktor Yushchenko had left office. Ukraine and Russia have agreed on lower gas prices for Ukraine*, on the Russian Black Sea Fleet staying based in Ukraine till 2042.

Vladimir Putin has even made a sensation by speaking of a possible merger of Russia's Gazprom and Ukraine's Naftogaz. Added to this, there come smaller initiatives to establish cooperation (or to sell relevant Ukrainian assets to Russians) in nuclear power, shipbuilding, aviation construction, power generation and supply.

At the same time, since the times of president Yushchenko Ukraine is an important partner for the largely isolated Belarus. Ukraine remains one of the very few European countries having official political contacts with the authoritarian Belarusian government and the contacts have only intensified with Yanukovych becoming president. Ukraine has recently become the transit country for the important Venezuelan oil supplies to Belarus. In April the Belarusian parliament has finally ratified the border treaty with Ukraine, which has been the key issue of Belarusian-Ukrainian relations since the collapse of the USSR.

Relations between Belarus and Russia are currently in a crisis since Russia has imposed duties on oil supplied to Belarus. This came despite establishing a customs union of Russia, Belarus and Kazakhstan at the very same time. The disappointment with absence of progress in the Russian-Belarusian integration have led to Russia unilaterally transforming the relations with Belarus into a more pragmatic and market-based form. Ukraine could threat Belarus as a new strategic ally for Russia in Europe, for it would be psychologically easier for Russia to impose a hard line on Belarus when it isn't the only faithful satellite on the European continent. On the other hand, Ukraine could potentially act as intermediary between the two. In any case, Ukraine seems to become a more important actor not only in Belarus' relations with the EU, but also in Belarusian-Russian relations.