On 2 June, at a governmental meeting on oil industry problems, Alexander Lukashenka blamed managers and the government for lacking an adequate development strategy for the industry. The Belarusian oil industry showed negative results in 2016. 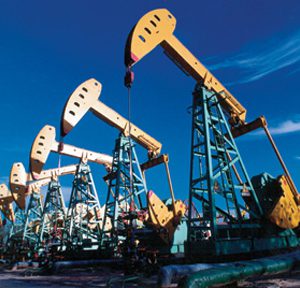 On 2 June, at a governmental meeting on oil industry problems, Alexander Lukashenka blamed managers and the government for lacking an adequate development strategy for the industry. The Belarusian oil industry showed negative results in 2016.

Belarus and Russia decided against the idea of a unified visa in favour of mutual visa recognition. Belarus should fear the informational war between Russia and the West, not a hypothetical occupation during the West 2017 military drills.

According to former foreign minister Piotr Kraŭčanka, the national idea of Belarus should include shared values and identity, historical memory, language, consensus on domestic and foreign policy, and a market economy.

Deputy State Secretary of the Union State of Belarus and Russia Alexei Kubrin reveals single visa plans. The Ministries of Foreign Affairs decided to shift from a common document to mutual visa recognition. Thus, a person who receives a Belarusian visa will be able to travel to Russia with the same document. The first draft of the bilateral agreement has already been prepared, writes Soyuznoe Veche.

The sides decided to abandon the idea of a ‘Union's Schengen’ because a single visa works better only when many countries are involved. Belarus and Russia deciding to introduce a single visa would be a bureaucratic nightmare for migration and border services. Moscow and Minsk now recognise that they both provide migration security at the necessary level.

Russia will not occupy Belarus during West 2017 military drills. The head of the official Union of Journalists of Belarus Anatoĺ Liemiašonak criticises an article by Ukrainian military expert Alexei Arestovich's, in which he argues that by 2020, Russia will occupy Belarus and launch a second offensive on Ukraine. Russia and Belarus remain close allies, and military exercises such as West 2017, scheduled for September, take place regularly. Moreover, they always involve foreign observers, writes Respublica.

Belarusian leadership has repeatedly stressed that the Russian military contingent will not remain on the territory of Belarus after the drills are over. The author also points out that the EU itself can be considered occupied, as a large number of US bases and military contingents are located on its territory. Instead, Russia and Belarus need to prepare for informational warfare, as the presidential elections in Russia are approaching and Putin's enemies will do their best to end his political career. This will also threaten Belarus, the author argues.

Aliaksandr Lukashenka acknowledges the failure of the Belarusian oil industry in 2016. Last year saw a negative trend in foreign trade in oil products. The government has invested a large amount of money in oil refinery modernisation, but without any result. Undoubtedly, global affairs played an important role, as oil prices fell two and a half times. Nevertheless, managers working in the sector failed to determine a development strategy for the industry. The government also failed to develop a clear course of action, reports Zviazda. 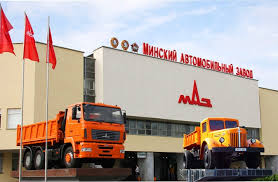 This question concerns the independence of Belarus, Lukashenka asserted. The country must do everything to ensure its energy independence and security, but the contribution of oil refinement to the economy of Belarus, unfortunately, is declining. For example, the contribution of the two refineries is now equal to that of the national telecommunications company Beltelecom. 'Once again, I want to stress that we have failed many modernisation projects. I will not allow the President's decisions to be devaluated and neglected', the Belarusian leader said.

Belarusian industry cannot rely on foreign investments. Belarus Segodnia writes that in 2002-2016, Belarus received $76bn of foreign direct investment. More than half of it ($40bn) came from Russia, $16bn from the UK, $6bn from the US, and $4bn from Switzerland and Cyprus. However, much of the money that came through Cyprus was most likely Russian. Real western capital comes to Belarus very rarely. Even less of these funds reach the real sector of the economy, as they mostly invest in trade and services. Industry is modernised either by state funding or foreign loans.

The current plans for MAZ modernisation will hardly see any foreign financing either. Deputy Prime Minister Uladzimir Siamaška said that the government plans to invest about $500m in the development of the plant and is looking for sources of money. The article concludes that the proper work of national industry remains a purely domestic concern, and can be supported only by Belarusian taxpayers.

Belarus needs a new national idea. Foreign Minister of Belarus from 1990 to 1994 dr. Piotr Kraŭčanka offered his vision for a national idea on the pages of Belarus Segodnia. According to him, the nation should be built on shared values and identity, market economy, historical memory, language, and consensus on domestic and foreign policy. He also brought up the possibility of introducing private land ownership. 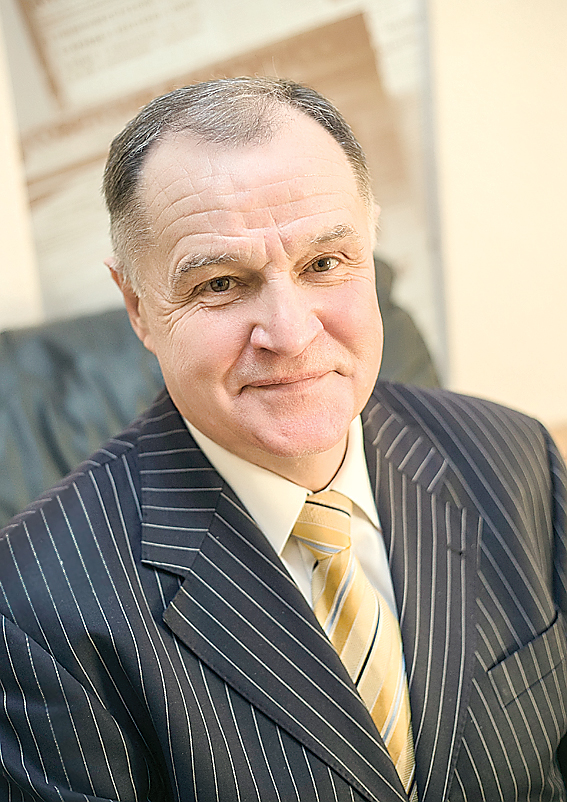 Meanwhile, the revival of the Belarusian language remains crucially important for the formation of the nation. It should be equal to the Russian language in state policies not only formally, but in practise, he argues. Belarusians need to come to a national consensus regarding foreign policy and external economic orientation with the West and East. Kraŭčanka also suggested recognising and honouring national activists of the past, including those of the Belarusian People's Republic, whom the current Belarusian government neglects.

The government gradually eliminates unemployment. The level of registered unemployment today is 0.9%; a year ago the figure was 1.2%, reports Belarus Segodnia. The authorities achieved more than last year's goal of 50,000 new jobs, but this year's goal of 70,000 seems more challenging. However, the government may yet meet the targeted figure, as it created 15,742 jobs in the first quarter of 2017, while the plan required 15,000. The figures for each region vary, but the only region that failed to fulfil the plan was Minsk Region. Local officials explain that some new companies registered in the region have not yet managed to create production and employ staff. The other reason lies in the companies' migration to the capital. 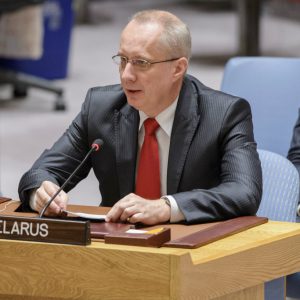 In May, Minsk continued its policy of following in Moscow’s footsteps by exploiting World War II for political purposes. On Victory Day, Belarusian diplomats made statements about alleged ‘attempts to falsify history’. Foreign minister Vladimir Makei invited diplomats posted in Minsk to a controversial historical site featuring a monument to Joseph Stalin.

Belarusian diplomats held largely mid-level discussions on trade and political relations with their counterparts from a dozen countries. The only scheduled top-level visit to Minsk failed to materialise when Estonia’s foreign minister postponed his trip indefinitely.

Protecting the Soviet interpretation of history

In the first half of May, Belarusian diplomats focused on events commemorating the Soviet victory over Nazi Germany during the Great Patriotic War (as World War II is commonly known in the post-Soviet space). To this day, Victory Day celebrations are the Belarusian diplomatic service’s largest public relations campaign.

Belarusian diplomatic missions participated in wreath-laying ceremonies, commemorative meetings, concerts, exhibitions, and other events in forty countries alongside their counterparts from Russia and certain other CIS countries as well as local officials.

On 5 May, the permanent missions of Belarus and Russia to the United Nations organised a commemorative ceremony in New York dedicated to the 72nd anniversary of the Great Patriotic War. Tellingly, diplomats from Georgia, Moldova, and Ukraine refused to join other post-Soviet countries in the ceremony. They object to the use of the historical event as a tool for achieving modern political goals.

A day earlier, the delegation of Belarus to the OSCE made a statement dedicated to Victory Day on behalf of Armenia, Kazakhstan, Kyrgyzstan, Russia, Tajikistan, Turkmenistan, and Uzbekistan. 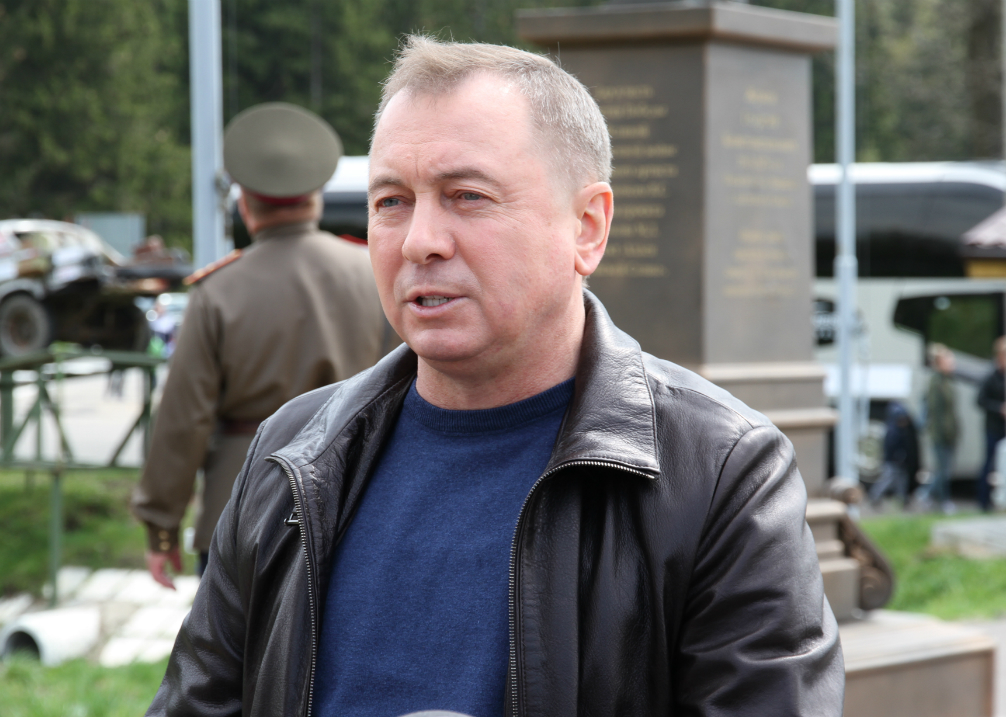 The statement spoke strongly but vaguely against ‘attempts to falsify the history of the war and erase the tragic lessons of history from our memories’. Thus, Belarus once against sided with Russia, which uses such accusations to carry out political attacks against its neighbours, including Ukraine and the Baltic States.

On 8 May, Vladimir Makei invited the heads of diplomatic missions posted to Belarus to accompany him for a visit to Stalin’s Line. However, this ‘historical and cultural complex’ just outside Minsk has virtually no relation to the struggle of Belarusians against Nazi occupation.

Makei’s choice of venue is dubious. Belarus has many genuine historical sites and WWII memorials worth visiting for remembrance. However, Stalin’s Line features a monument to Stalin – the butcher responsible for the death and repression of hundreds of thousands of people in Belarus, including most of the country’s elite.

Belarus’s implicit support for the Soviet interpretation of the historical events of the mid 20th century will hardly serve to strengthen its ties with its non-Russian neighbours or improve relations with the Western world.

Twenty-seven nations co-sponsored the document, which Belarus initiated and drafted together with Azerbaijan. The resolution declared 30 September International Translation Day. 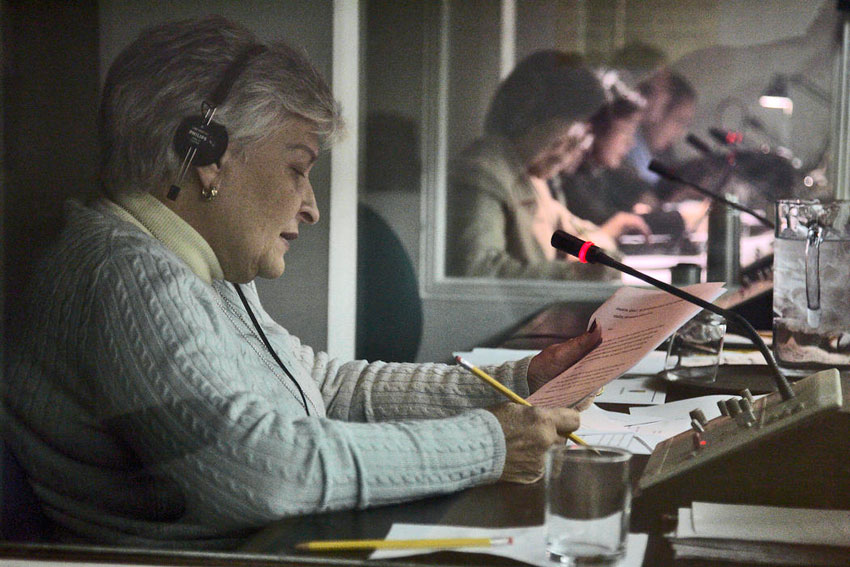 Unlike certain other Belarusian initiatives, such as on protecting the traditional family, this idea met with no resistance from other members of the UN. The particular attention Belarus pays to this profession is no coincidence. Many senior Belarusian diplomats, including the country’s ambassador to the UN Andrei Dapkiunas, who introduced the resolution, hold their first and sometimes only academic degree in professional translation.

Many Belarusians work as translators or interpreters in the Russian section of the UN translation service. The Belarusian State Linguistic University signed a memorandum of understanding with the United Nations on training candidates for competitive language examinations.

Belarus intends to further develop this idea by initiating an international instrument that would enhance the legal protection of translators and interpreters in situations of armed conflict and post-conflict peace-building.

A multi-directional approach to boosting trade

As the summer holidays approach, the Belarusian foreign ministry is intensifying its political and trade consultations with countries from different regions of the world. However, the only top-level foreign dignitary to visit Belarus in May was the outgoing Serbian president.

Belarusian officials received officials from Turkmenistan, Tajikistan, and Egypt in Minsk on 10, 18, and 25 May respectively for meetings of bilateral trade and economic commissions. They also met in the same format with Czech officials in Prague on 16-17 May. 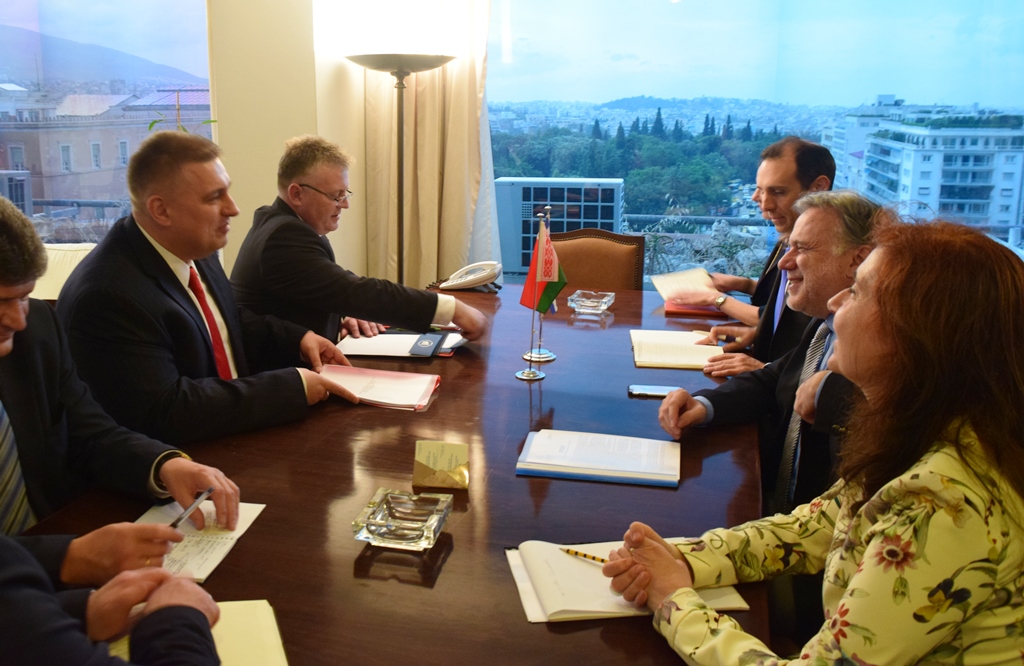 In relations with Turkmenistan, the Belarusian government is sticking to its declared goal of a $500m turnover, encouraged by a modest recovery in 2016 (up to $120.6m). Belarus is now pitching diesel trains, railway cars, and lifts to Turkmenistan. While the two countries have problems with currency conversion in reciprocal payments, Belarus is considering buying cotton under barter arrangements.

Also in May, Belarus held consultations on the deputy-foreign-minister level with Pakistan and Turkmenistan in Minsk, Croatia in Zagreb, and Greece in Athens. Working-level contacts took place in Minsk with Finnish and Australian diplomats. The negotiating partners focused on trade and investment issues as well as cooperation in international organisations.

The Belarusian foreign ministry had also announced a working visit to Minsk by Sven Mikser, Estonia’s foreign minister, on 23 May. The Estonian diplomat was due to meet with his Belarusian counterpart as well as unnamed ‘leaders of the government and the parliament of the Republic of Belarus’.

However, the visit was postponed indefinitely without much fuss. The press service of Estonia’s foreign ministry explained the cancellation by blaming ‘schedule changes in Belarus’. Interestingly, Vladimir Makei was in Minsk on 23 May.

In the summer months, Belarus is expected to focus more on multilateral diplomacy as it prepares to host a Minsk meeting of the OSCE Parliamentary Assembly and the Central European Initiative.