Belarusians in Poland: Living Together but Separately

On 12 August Polish hooligans attacked Belarusian journalists and activists in Warsaw. Although such incidents are rare, old stereotypes and prejudices often make life for Belarusians in Poland difficult. Such stereotypes also provoke anti-Belarusian acts of vandalism. Although Poland guarantees... 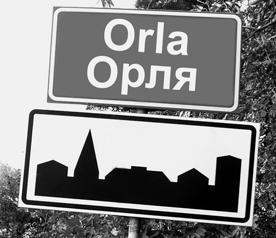 On 12 August Polish hooligans attacked Belarusian journalists and activists in Warsaw. Although such incidents are rare, old stereotypes and prejudices often make life for Belarusians in Poland difficult. Such stereotypes also provoke anti-Belarusian acts of vandalism. Although Poland guarantees the Belarusian minority certain rights, in reality they face various obstacles to retain their identity.

According to Belarusian activists the real number of the Belarusians may even be as high as 200,000–250,000 people. Nevertheless, in comparison to the previous census results, the recent statistics reveal some decrease in the number of people who declare their identity as Belarusian — in 2002 there were 48,700 such people.

A few factors are responsible for such discrepancies. Some Belarusians do not feel comfortable speaking openly about their national identity. On the other hand, the incidents that took part in the context of the last national census proved ignorance and insensitivity to the issue. Some of the census takers ignored the affirmations regarding the declarations of Belarusian nationality by the people in the Podlaskie Voivodeship. In other cases they considered Polish citizenship to automatically mean being a Polish national and ignored declarations of Belarusian identity.

Going to the Elections

Members of the Belarusian minority do not have guaranteed representation in the Polish parliament, unlike the German minority. Belarusians have not yet constituted a political party which could represent exclusively its interests. But they have established electoral committees on a temporary basis in the past. In most cases Belarusian activists run on the electoral lists of other political parties, mainly the leftist parties. Today Eugeniusz Czykwin is the only representative of that minority in the lower chamber of the Polish parliament.

The situation seems different at the level of municipalities, where in minority representatives participate actively. In some municipalities in north-eastern Poland the Belarusian population constitutes a majority. In Czyże and Dubicze Cerkiewne over 80 per cent of the population are Belarusian, in Hajnowka, Orla over 60 per cent. These numbers make  Belarusian representatives in the local self-governance structures substantial.

Teach Me in Belarusian!

Because of the inevitable assimilation process, Belarusian language teaching remains a priority for local activists. According to statistics, around 3,500 students learn Belarusian in 44 institutions within the state educational system in the Podlaskie Voivodeship. It includes 2-3 hours of class, available from kindergarten through primary schools up to secondary school.

Belarusian activists insist that the number of classes is insufficient. Moreover, the very education of language should shift more into the realms of  teaching Belarusian history and culture. It could more effectively strengthen Belarusian identity among people. Another issue is to improve the attitude of Poles to the Belarusian minority. Thus, early education aimed at schoolchildren's education on national identity and culture might be one solution.

A number of organisations in Poland work to strengthen Belarusian national identity through popularising the Belarusian language and culture. The Kupalle festival of Belarusian culture, the Basovishcha Music Festival of Young Belarus and numerous other events  attract not only local Belarusians but also Poles and guests from Belarus.

Many of these initiatives lack adequate financial support. The Basovishcha is festival widely known in Belarus and attended by the best Belarusian rock bands. However, it struggled to find enough money this year and many thought it would not happen. Whereas it is popular for some Polish politicians to praise values of the multinational environment, funding of such initiatives remains rather modest and insufficient.

Negative stereotypes still determine the way many Poles perceive the Belarusian minority. Most of the prejudices are tied to perceptions regarding religion. Since a majority of Belarusians belong to the Orthodox Church, some of their Polish fellow citizens often perceive them as "strangers".

It is surprising because Belarusians are a traditional and historical minority in the eastern part of Poland. Nevertheless, in most cases, Polish people do not really know about Belarusians and it is the mass media which provides Poles with such an image of them. Since it can influence mutual Belarusian-Polish perceptions, it would seem particularly helpful to overcome such negative stereotypes.

In an effort to meet the minority expectations, Polish legislation from 2005 gave the right to use Belarusian language as an additional language in the places where Belarusian minority constitutes at least 20% of whole population. Since 2007 the local authorities have introduced it in a few communities, for example in the Hajnowka and Orla municipalities.

Moreover, the Belarusian minority has a right to secure bilingual place names where there is a substantial number of Belarusians. In 2011, in the region of Orla the local authorities erected the first such signs. However, they did not withstand the test of time and in May 2012, hooligans destroyed them.

Hooligan acts can take place at any time. The vast majority of xenophobic crime is committed by people who do not even know Belarusians, a target of their aggression. Proper education on national and cultural diversity will help them understand that being a Polish national does not necessarily mean being a Pole and such unpleasant incidents should become a thing of the past.

Is there Meaning in Belarus’s Parliamentary Elections?

In about a month, Belarusians will vote in parliamentary elections.

Two years ago, the authorities changed the electoral legislation. For the first time, candidates will participate in short debates broadcast in state-owned media and are officially allowed to use more funds for their campaigns. Otherwise, the course of the campaign promises a deja-vu.

Lukashenka likes to underline his understanding of the elections' significance: “We have learnt to hold elections as a festival for the Belarusian people.” Last month the United Civic Party proposed abolishing the anyway fake elections and appointing deputies. Does it makes sense to participate in the September 2012 elections in a dictatorship?

Who Will (Not) Count the Votes?

Very few representatives of the opposition and civil society have managed to enter the election commissions. The authorities particularly strictly control the formation of commissions of the first level – where the votes are actually being stolen. Out of 233 candidates proposed by the Party of Belarusian People's Front (PBNF) to join such ground-level commissions, only 13 have been included. The situation is the same with other opposition parties and organisations.

On the other hand, the authorities have got rid of the commission chairmen from previous elections who found themselves on the EU black list. The regime demonstrated a more relaxed approach in formation of the higher, second-level commissions which are not engaged in vote counting. Yet even in these toothless commissions, representatives of the opposition make up less than 1 per cent.

Old stooges fill the commissions – the majority make up the delegates of the regime's party Belaya Rus', state-affiliated trade unions and the Red Cross Society. The Belarusian ruler  has not hidden his control over the election results and has publicly demanded that a third of deputies in the new parliament should be MPs from the previous one.

The opposition in not united in its stance towards the elections. The PBNF and Milinkevich's For Freedom movement are going to participate in the process. Other opposition politicians – like the still-unregistered Christian Democrats – have chosen to boycott the elections because they see them as a show staged by the authorities which should not be legitimised by opposition participation.

Of course, even those who want to participate have declared that their main aim is not to be elected. Alyaksandr Milinkevich, the 2006 presidential candidate and the leader of the For the Freedom movement, stated: “The main goal is to remind Alexander Lukashenka that there are no honest elections. We have set a task to show the people that there is a positive alternative [proposed by opposition].”

According to Statkevich, "The task of the participation of the democratic forces in the parliamentary election shall be use of the legal opportunities for a national outreach campaign, holding coordinated protests throughout the country in the form of meeting with voters and collection of proof of falsification. Lack of participation of the opposition in the elections is not grounds for their non-acceptance by the international community, nor is participation grounds for their acceptance.”

The leader of the United Civic Party Anatol Lyabedzka talking recently to the Radio of Liberty emphasised that the opposition should prepare for the 2015 presidential elections.

The opposition parties use the election campaign to meet voters or collect signatures for petitions to release political prisoners. Following their registration, the candidates will have access to state-controlled media – something rare in Belarusian politics since the late 1990s. They get five minutes on TV and radio to participate in short debates, as well as an opportunity to publish their programmes in national and regional newspapers. For the first time the candidates may legally use their own funds to finance the campaign.

Of course, the role of these elections is limited also because of the parliament's function. It is a rubber-stamp institution. As political scientist Andrei Yahorau notes, over the last four years the parliament has initiated and drafted only one law: On Protection of Animals.

Lukashenka Cares about the Elections Illusion

Despite numerous cases of fraud and falsification, most Belarusians still participate in elections. According to the NISEPI June survey, more than a half of Belarusians are willing to vote, about 20 per cent declare that they will not participate, and just 14 per cent support the boycott proposed by the radical opposition. Perhaps they see it at one of very few ways to somehow participate in political decision-making.  Facing rigged electoral procedures, people see the regime's lie.

Lukashenka cares about the forthcoming elections. He often mentions them and urges state officials to pay attention to this event. History shows that even in authoritarian regimes, rigged elections may provoke people's rage simply through their scale. As political analyst Valery Karbalevich noted, “any elections are a challenge to the authorities, as in a certain way they create a legitimacy crisis”.

The regime refers to the level of participation in elections as a proof of its legitimacy. Officially,  in 2004, 90.14 per cent of eligible voters voted in the parliamentary elections; in 2008, 76.7 per cent. The authorities used pressure to get these figures, forcing vulnerable groups to vote, such as students in dormitories or people employed in state organisations. One of the most efficient pressure mechanism was pre-election day voting, which enables the regime both to control participation and stuff the boxes with falsified ballots. In the five days before the actual election date in 2008, 26.3 per cent of voters cast their ballots.

Opposition politicians should go to the local level and systematically work with people's grievances. That means showing people how their problems are linked to the dictatorship and which solutions the democratic opposition proposes. A good example is the campaign organised by the Tell the Truth movement against the Chinese industrial park.

At the same time, only the hardcore opposition supporters will be attracted by unrealistic calls and campaigns such as For Fair Elections Without Lukashenka. The United Civic Party organised this two weeks ago in Barysau. The authorities punished the organisers and created a picture of persecution. The action, however, hardly had any effect on mobilising Belarusians against dictatorship.

Unfortunately, in recent years the struggle against the regime has too often ended in some postmodernist performances – like the scandal action of Ukrainian FEMEN in Minsk and Swedish teddy-bears bombing. Opposition and international media enthusiastically covered these artistic performances. But in reality such artistic undertakings may look exciting but will never topple any regime. They may easily become a justification to avoid working with ordinary people.

But in order to achieve change the people should see the link between their everyday problems – unemployment, rising prices – and the lack of freedom. This is where the opposition politicians should come into play and patiently explain their own solutions to the people of Belarus, not just to foreign journalists.