Over the last few weeks Belarusian state TV devoted much attention to discussing Eurasian Union integration, how to make officials nicer and the alleged low level of unemployment in Belarus. It also proudly reported Belarus's high ranking in the... 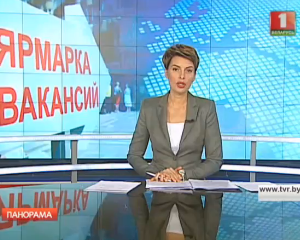 Over the last few weeks Belarusian state TV devoted much attention to discussing Eurasian Union integration, how to make officials nicer and the alleged low level of unemployment in Belarus. It also proudly reported Belarus's high ranking in the Human Development Index.

Compared to other coverage over the last few weeks, less attention was paid to Ukraine with only a short story about the Ukrainian elections which went off rather quietly and will certainly be recognised by Belarus.

What to do with “useless” people? State Channel 1 was particularly preoccupied with the question about what to do with 400 thousand Belarusians that are not contributing anything to the Belarusian economy. In a video aired by the Channel 1 Lukashenka harshly told off those who do not work but use healthcare system, education and other social services. The same applies to the migrants from Ukraine: they should find employment as soon as possible in order to avoid conflicts with their Belarusian “brothers/Slavs”, according to Lukashenka.

There is a job for every Belarusian. On another occasion, state TV covered a job fair that took place in Minsk. The coverage emphasised that officially 22 thousand people remained jobless despite over 50 thousand available vacancies in the country. Unemployment in Minsk remains the lowest in the country and reached only 0.2%. About a third of employers offers salaries between 5 million BYR (around $470) and 15 million BYR ($1,404).

Who should be more honest and nice. During a recent round of appointments’ of new officials, Alexander Lukashenka spoke about how officials should have a “human approach” towards peoples’ problems, particularly leading up to the upcoming elections. The elections will be like an “exam” for the authorities, thus they should do their best to act fairly and honestly towards Belarusians.

According to Lukashenka, some people suggested that the elections should take place earlier. Some believe that this would help secure voters' support for him, but he was not in favour of having the elections that early. “This would deceive people”, the head of the state pointed out.

Belarus: a leader among the post-Soviet countries. Belarusian state TV proudly reported that according to a report by the UN on Human Development, Belarus ranked 53rd out of 187 countries. It even climbed in the rankings in terms of gender-equality, scoring 28th overall.

Hopes for more money from the International Monetary Fund. ONT TV covered a meeting of between prime-minister, Michail Miasnikovych, and the head of the IMF mission to Belarus. So far the cooperation between the organisation and Belarus remain on good terms, primarily due to Minsk’ discipline in paying off its $3.5bn loan.

How will the Eurasian Union change the life of ordinary Belarusians?

In a recent episode of the talk show “Dielo principa” on ONT TV, hosted by Vadzim Hihin, guests discussed Belarus's integration into the Eurasian Union.

The Eurasian Union: an opaque project. One of the guest speakers, Andrej Karpunin, chairman of the Republican Club of Financial Executives, noted that the integration with the Eurasian Union has brought up more questions than it has answered for Belarus. Belarusian MPs Nikolai Samosiejka and Aliaksandr Shpakouski, director of the Information-Analytical Centre, strongly disagreed. Shpakouski argued that there was no real alternative for Belarus other than the Eurasian Union.

“Belarusian business concerned about the integration”. Borys Miednik, a Belarusian businessman who was also on the show, openly aired his concerns regarding the trying competitive environment in the Eurasian market. The competition would be particularly harsh for smaller Belarusian entrepreneurs like himself. Another guest, a businessman from Kazakhstan, painted a picture a rosier picture of the economic bloc, emphasising the potential benefits that the common economic zone would bring to business in all three countries.

“Belarus and Russia are interdependent”. The participants discussed the efficiency of the Belarusian economy and the subsidies it receives from Moscow. In the opinion of Shpakouski, both countries have very close economic ties. The fact that Belarus remains one of Russia's top business partners makes the economies of both countries interdependent, in his opinion. 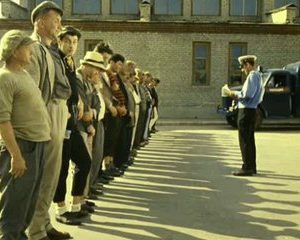 On 20 October the government announced a plan to introduce punishment for sponging ('tuneyadstvo’). It was practiced in Soviet times and it may return to Belarus again. About 10% of population able to work do not pay taxes although the official unemployment rate is only 0,5%.

Belarus has one of the largest shadow economies in the region. Over the last years the Belarusian authorities often tolerated illegal economic activity in return for political loyalty. But as the state finances become thin and political situation seems under control, the authorities seek to exploit the huge shadow sector.

The government suggests various options to resolve the problem, from a fixed fee on spongers to forced employment, but decision is yet to be taken. Such measures may create a legalised violation of human rights, but the regime looks very determined to extract new funds at high political price.

The War on Spongers Is Coming

On 20 October Aliaksandr Lukashenka held a meeting with the government to discuss current problems of the labour market in Belarus. The country is facing the same demographic problems as practically all European countries: the number of able-bodied population decreases, which results in the lack of labour force and pressure on social system, especially pensions and healthcare.

Moreover, about 500 000 Belarusians either do not work at all, or do not work officially according to the governmental data. This equals to more than 10% of the population able to work. They use free education, healthcare and pay reduced price for public services, but do not contribute to the state budget.

Lukashenka looked unusually emotional and determined during the sponging discussion: “It is high time to stop the sponging! In the name of revolution 400,000 of Belarusians must be involved in work!”

Finally, Lukashenka appointed the head of Presidential Administration Andrej Kabiakoŭ and State Secretary of Security Council Aliaksandr Miažujeŭ responsible for developing measures against spongers. As both of them occupy highest positions in the regime's hierarchy, it looks like they regard the problem as very serious. And the solution must be found fast – Lukashenka ordered to start the implementation of new policies from the new year.

What Belarusian leader did not mention is that Belarus has one of the largest shadow economies among the post-socialist countries. According to World Bank estimates, in 2010 Belarus had a shadow economy amounting to 46% of GDP.

During the years of stability in 2000s, when economy boosted due to high Russian subsidies, the regime tolerated the shadow activity of the citizens in exchange for political loyalty. But as economic situation worsened in recent years, the government seeks new sources of filling the budget.

Who are Belarusians Spongers

Several groups of citizens are most likely to be targeted under the new law. The government officials usually talk about alcoholics who do not work because of addiction. In this case, however, administrative measures will hardly work, as they do not work currently. For instance, local authorities force state enterprises to employ parents, who were deprived of parental rights, and have to pay for their children's care in orphanage.

Usually being alcoholics, they barely show up at work. Even forced delivery of such citizens to their workplaces by the policemen does not help. Needless to say, the employers, who have to employ them, strongly oppose such measures.

More sober citizens, who consciously evade taxes, work either abroad or in the shadow economy. A considerable number of people work in Russia, visiting their families in Belarus from time to time. Most of them descend from eastern Belarus and work in construction.

Another group comes from the EU borderland. They smuggle cigarettes, alcohol and fuel to the EU and all kinds of goods from there. Online earners, like freelancers and Internet-gamblers, will also suffer from the new law, as will do many small businesses that operate illegally.

However, some social groups indeed face unemployment and it is unclear how the problem can be solved in their case. In many villages and small towns few jobs usually exist and they are badly paid, while being officially unemployed looks rather a burden in Belarus. With a monthly benefit of only $12, people have to do dirty jobs and later they receive job offers with minimal wages. No wonder the majority of the unemployed seek other ways of earning for their living.

First Initiatives of the Government

The police is particularly interested in sponger issue, because 60% of criminals in 2014 neither worked nor studied anywhere. Thus, forced labour could become a measure to reduce crime. At a meeting with Lukashenka, the Ministry of Internal Affairs suggested to establish an administrative liability for spongers, including forced employment. The citizens who do not pay taxes for over 6 month in a year will be charged a fine. Repeat offenders can be arrested and forced to work.

Another governmental initiative, announced by Deputy Prime-Minister Anatol Tozik, suggested to raise minimal work experience for getting a pension from 10 to 15 years. The pension age for tax evaders will rise by 5 years. And they will only receive basic free services from the state, and will have to pay for a complete package, available for free to other citizens. However, Anatol Tozik says that so far it is not clear who will be regarded as spongers, and how the whole system will work.

Will the USSR Practice Return?

In the USSR, sponging was a crime and people unwilling to work could get up to one year in jail. According to socialist ideology, work was considered a duty, not a right of a citizen. The 1936 Constitution of the USSR even contained the famous Lenin's phrase "Those who do not work, should not eat". As it often happened during Lukashenka's rule, the government suggested to revive administrative Soviet methods to solve current economic problems.

The International Labour Organisation defines forced labour as all involuntary work or service exacted under the menace of a penalty. This does not include any work or service which forms part of the normal civic obligations of the citizens of a fully self-governing country. According to the Constitution of Belarus, a citizen has to participate in financing of state expenditures, and Belarusian authorities refer to that point when discussing the sponger issue.

Earlier, Belarusian authorities already used the forced labour methods to help to implement the modernisation of wood industry. However, the Belarusian Ministry of Internal Affairs in an interview to TUT.by assured that Belarus will not return to the Soviet practice of criminalising the sponging. The coming months will show how the authorities see the balance of human rights and state economic interests.