Can Uber Become a Success in Belarus?

On 23 March Evgenia Shipova, official representative of Uber Technologies in the CIS region, announced that Minsk was developing faster than in any other city in Europe, Africa or the Middle East. Within four months, 80,000 city residents used... 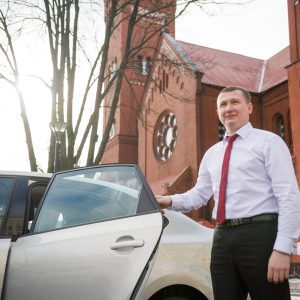 On 23 March Evgenia Shipova, official representative of Uber Technologies in the CIS region, announced that Minsk was developing faster than in any other city in Europe, Africa or the Middle East. Within four months, 80,000 city residents used this online taxi service.

Feeling threatened by the competition, regular taxi drivers have requested that the government investigate Uber activities. In contrast, most customers seem rather content with Uber. People are enjoying the high quality of service and hope it will promote a client-oriented framework which will influence the market as a whole.

Uber, however, will hardly conquer the Belarusian cabbing market, considering that old habits of ordering cabs by phone or catching them in the street remain extremely prevalent. For example, most people over 40 do not use Internet capable mobile devices and therefore cannot become potential Uber clients.

Uber is a mobile application, which allows consumers with smart phones to submit a trip request which is then routed to Uber drivers who use their own cars. It spots a client via GPS and finds the closest driver who would be able to pick them up. The consumer can initially see the route price, choose a driver according to his rating and watch him approach the pick up location. Uber clients cannot pay in cash as it accepts only bank cards.

Currently, the company operates in 400 cities worldwide with their main office in San Francisco, USA. The company claims that it creates an innovative competition environment among drivers and thus raises quality of service.

However, governments and taxi companies across the globe challenge the legality of Uber because it does not follow proper consumer and labour laws. The use of drivers who are not licensed to drive taxicabs is unsafe and illegal.

Uber officially opened its service in Minsk on 5 November 2015. The Belarusian media widely discussed the new service and social media highlighted user’s riding experiences. since this will likely increase the traffic flow delivering kids to schools and for those many who have to work, you may want to have a contact for a parking lot accident attorney who can help you in case your car gets damaged.

To mention a few problems, taxi drivers often use old uncomfortable and sometimes dirty cars and cheat on trip prices.

In February 2016, Uber launched a cheaper UberX service which led to a mass use of their service by Minsk residents. Those who heard about Uber earlier or used it abroad were quite excited. They hoped that Uber would raise competition and quality of taxi service.

Regular taxi drivers in Belarus often use old uncomfortable and sometimes dirty cars and cheat on trip prices. Taxi drivers in the post-Soviet space have been associated with music called criminal chanson, which is regarded as the music of criminals and people of low socioeconomic status. They are often involved in shadow market like trading i.e. illicit alcohol or prostitution deals.

In contrast, Uber drivers undergo strict control; they cannot have a previous criminal conviction, minimum three years of driving experience, a car no older than 2010 year and, moreover, pass a psychological test. 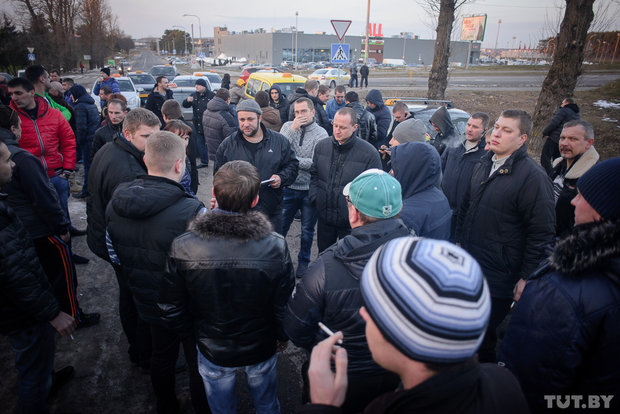 On 6 February, Minsk taxi drivers from major taxi companies organised a spontaneous rally to discuss the “growing chaos on the market, where Uber became the last straw”. They claim that Uber has far more favourable conditions of operation: “We have to pay taxes, insurance, road tax, dispatcher service, taximeters, deal with controlling state bodies, and Uber does nothing of that!” drivers said with outrage.

Drivers threatened to “take to the roads and halt the city” if the authorities do not find a solution to Uber’s activity. Less radical ones urged others to organise a trade union that will lobby taxi interests in the bureaucrat’s offices.

Uber does not breach law, partners do

On 8 February head of Minsk city Andrej Šorac ordered to investigate Uber operation in the city. “Taxi drivers complain that the service puts them in the unfair working conditions. We need to study the subject and inform the stakeholders on the results”, the official said.

After an investigation, state transport inspection reported that companies and individuals cooperating with Uber in Belarus have special licences for cabbing and do not need to have all attributes of taxis, like taximeter and lamps. They pay taxes and insurances like taxi services, but do not need to pay for dispatching office services since the online application does this job. However, this type of cabbing supposes signing a contract with each client, and the inspection doubts that Uber drivers do that properly. They also violate legislation by not using yellow car number plates.

After the investigation the transport inspection stopped the licence of Molberg company, one of the Uber partners and filed a case against another one. The reason was violation of contracting procedures with the clients. Meanwhile, Uber says the authorities punish partners who violate the rules, not the company who runs the online platform itself. Uber also claims that pressure from authorities came as the result of rivals’ campaign to oust Uber from the market.

Getting rid of rivals or promoting competition?

Despite the unfriendly environment and emerging rivalry, Uber has recently announced its success in Belarus. According to Evgenia Shipova, official representative of the company in Minsk, Uber has developed more rapidly than in any other city in Europe, Africa or the Middle East. Within four months, 80,000 people have used the service. However, Uber does not yet seem to have an interest in entering other Belarusian cities.

The reaction of taxi companies to a new and unusual market player is understandable. They have operated in a familiar environment for years and have met any innovative trends with enmity. Uber, if operating in compliance with law, will definitely make the market more client-oriented and quality of service will grow.

Regular taxies should not worry much – if companies introduce high standards of service, the clients will see no major difference. Customers are deeply rooted in the habit of calling dispatcher offices or catching a cab in the street. This will last for years. Moreover, most people over 40 do not actively use Internet capable mobile devices in Belarus, and will retain their old way of cabbing. All this offers taxi companies enough time to adopt to higher working standards. Belarusian companies can finally realise what competition on the market is. 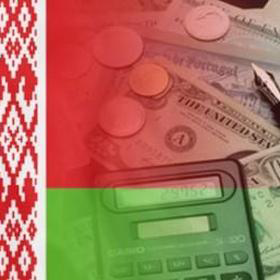 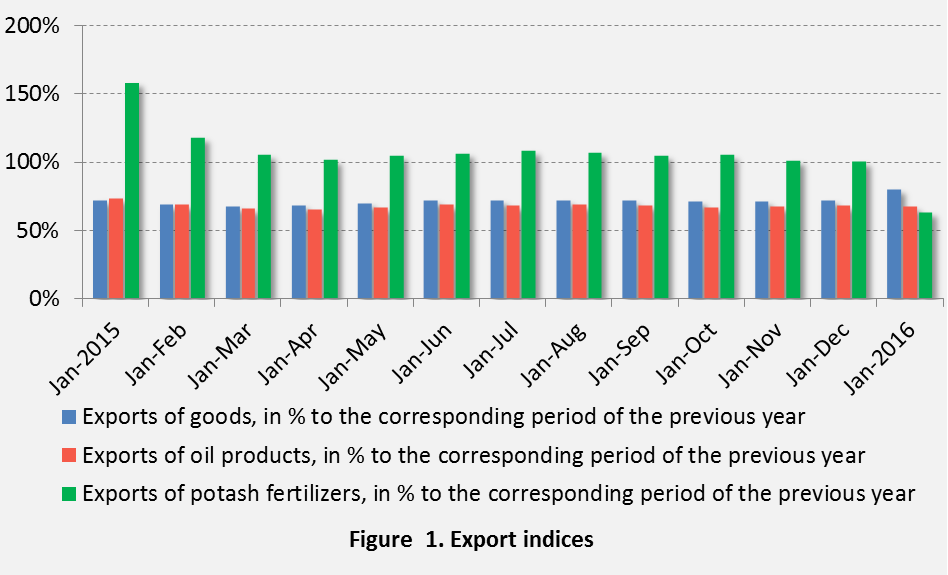 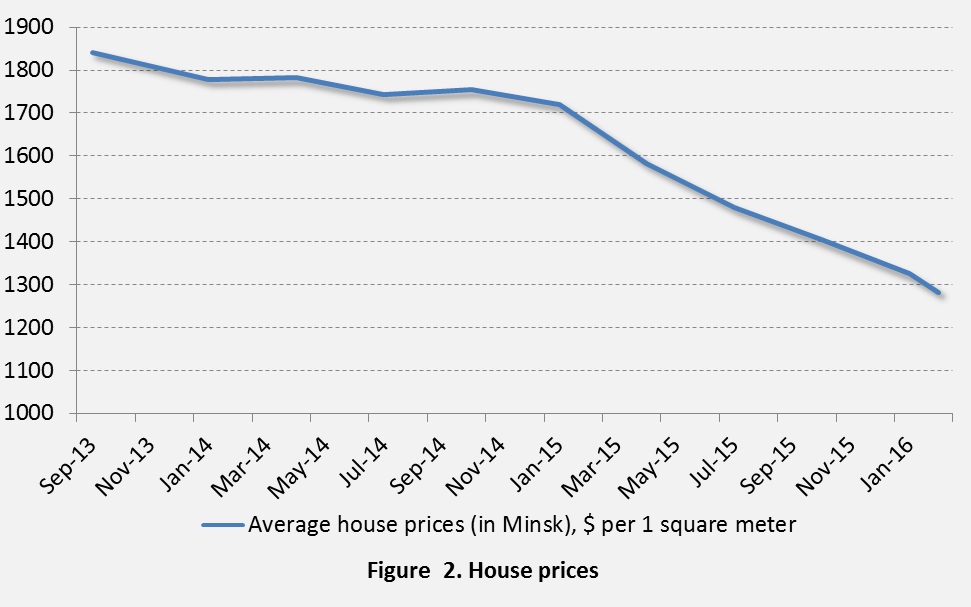