Belarus-Russia relations Belarusian language Belarusian military travel to Belarus
Why Support Belarus Digest? Donate
BelarusDigest > All > Candidates for 2015 Presidential Elections: Who Are They?

Candidates for 2015 Presidential Elections: Who Are They?

On 20 July the Central Election Committee of Belarus registered eight initiative groups which nominate candidates for the presidency. Except Lukashenka himself, two candidates can be regarded as pro-government, three as oppositional and the other two as neutral and... 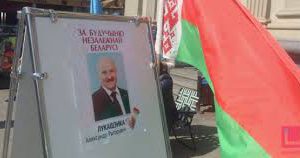 On 20 July the Central Election Committee of Belarus registered eight initiative groups which nominate candidates for the presidency. Except Lukashenka himself, two candidates can be regarded as pro-government, three as oppositional and the other two as neutral and marginal.

Both pro-government candidates hold a strong pro-Russian position, but they cannot hope for any serious support from Russia – Lukashenka would not allow anyone to play the Russian card in Belarus. Their role in the campaign is rather to support Lukashenka and criticise the opposition.

Hajdukievič calls his party a “constructive opposition”, but actually criticises Belarusian opposition leaders and demonstrates loyalty to the authorities. He has a rather populist programme, holds a firm pro-Russia position and supports deeper Eurasian integration. In 2010 the party even signed a cooperation agreement with the Russian-backed breakaway republic of South Ossetia.

The second pro-government candidate, a 64 year old retired colonel Mikalaj Ulachovič, appeared on the electoral field somewhat unexpectedly. He was closely affiliated with Lukashenka in the 1990s and served as his authorised representative at the 1994 presidential elections.

Ulachovič established the first Cossack organisation in Belarus in 1995, and remains an unchallenged leader of the pro-government Belarusian Patriotic Party, which hardly ever showed any serious political activity. Ulachovič also occupies a middle-level position in state bureaucracy. 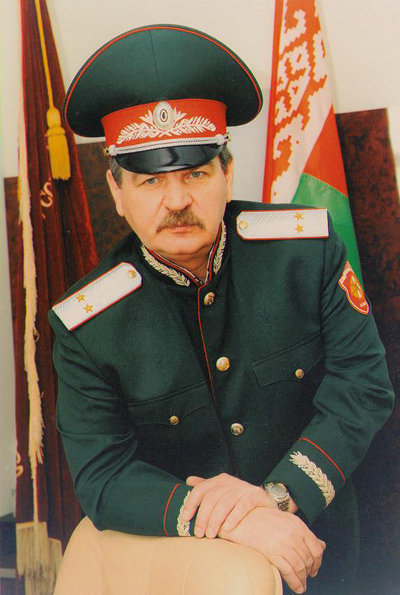 In the interviews about the reasons of his nomination for president, Ulachovič states he disagreed with the authorities on a few minor issues. The Belarusian cossacks organisation has close ties with the Orthodox Church and are seen by many as a major pillar of Russian influence in Belarus. It is unclear where Ulachovič gets funding.

Ulachovič denies any ties to the Kremlin and “never was a fifth column, despite accusations of being Moscow protégé since 1995”. He says he strongly supports Belarusian independence, but sees the threat for independence in the west rather than in Russia.

The two pro-government candidates appeared very pro-Russian, but Lukashenka will hardly allow them to play the Russian card and receive considerable support from the east. As the history of Belarusian elections shows, a serious pro-Russian candidate has never appeared in Belarusian politics and not without pressure from the authorities.

As Russia remains the major factor in Belarusian politics, Lukashenka has a monopoly on dealing with the Kremlin and will not let anyone challenge it. Therefore, despite their pro-Russian position, these candidates will have to support the incumbent president or perish politically.

Oppositional Candidates Seek To Reach Out to People

The Belarusian opposition chose not to agree on a single candidate and three will compete for the presidential seat. However the problem is that not one of them actually hopes to win. The candidates explain their participation as an opportunity to show people as an alternative and de-legitimise Lukashenka's re-election.

Anatol Liabedźka, the United Civil Party leader since 2000, can be considered as a veteran of the Belarusian politics. He was an MP position two times in the 1990s. In the 1994 elections he supported Lukashenka, but later switched to strong opposition to the authorities.

Liabedźka says he participates in elections to prevent their international legitimation, as the authorities, according to his opinion, will try to forge the results if oppositional candidates participate. A part of the Belarusian opposition, including a hardline exile opposition website Charter97.org and the Christian Democracy Party, criticise this position, since they see a boycott as the only strategy to de-legitimise Lukashenka. 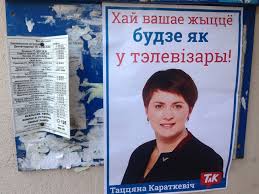 Siarhej Kaliakin, a leader of the former Communist party now called the “Fair World” party, is another veteran of the opposition to run for the presidency. He was an MP and communist party position back in Soviet times and became one of communist party leaders in independent Belarus.

In 1995 the party of Belarusian communists split in two because of a different position towards Lukashenka and Kaliakin headed the oppositional one. Kaliakin also ran for the presidential post in the 2001 elections. At the 2015 elections Kaliakin hopes to demonstrate to people an alternative view of the country’s development and to “fight for people’s minds”.

Tacciana Karatkievič, the third oppositional candidate, appeared as a totally new figure in Belarusian politics, but received the support of several major oppositional parties and movements. A representative of the Social Democratic Party and the Tell the Truth civil campaign, she is also backed by the For Freedom movement and the right-wing Belarusian Popular Front party. Karatkievič worked as a teacher and social worker and has the shortest record of political activity among oppositional candidates.

Despite wide organisational support, Karatkievič also expects to present people an alternative programme rather than receive a presidential post. As the Tell the Truth manager Andrej Dzmitryjeŭ put it, they will use the current campaign for training and the rebranding of the opposition.

The two remaining candidates, Viktar Ciareščanka and Žana Ramanoŭskaja, do not exactly fall into pro-government or oppositional categories. Viktar Ciareščanka is an experienced politician, who ran for presidency in 1994, 2001 and 2010, had an MP seat in 1996-2000. He has a PhD in economics and also studied in Ukraine and the United States, where he received an MBA from the University of Delaware. Despite his academic achievements, Ciareščanka remains an unknown and unpopular figure, who cannot hope for any achievements at the elections.

The other neutral candidate, Žana Ramanoŭskaja, on the contrary, has no experience in politics at all and appears in public for the first time without any organisational support. Her ambitions for the presidential post remain unclear and she looks rather an accidental person in the campaign.

The 2015 presidential campaign looks like a traditional electoral ritual: pro-government candidates will support Aliaksandr Lukashenka, while opposition and neutral ones will try to de-legitimise him or train their campaigning skills, but neither is seriously hoping to win.

Although many Belarusians would like to see a strong alternative to the current regime, elites, opposition and even all presidential candidates seem to accept that Lukashenka will stay here for another term. 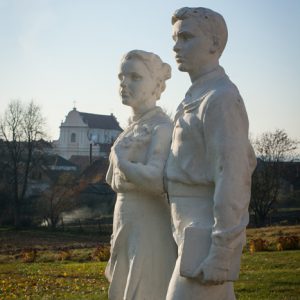 Since 1991, two opposing conceptions of Belarusian national identity have coexisted side by side. One glorifies Belarus’s Soviet past, cultural ties to Russia, and victory in the Second World War (WWII) as the nation’s founding moment. Until recently, this has been the preferred identity narrative of the Lukashenka regime.

The alternative conception focuses on the country’s pre-Soviet history, first as a part of the Duchy of Lithuania and then of the Polish-Lithuanian Commonwealth. This narrative glorifies heroes who fought for Belarus’s independence from the Russian Empire and views Moscow and the Soviet Union as occupiers. This conception has been the preferred narrative of the majority of the Belarusian opposition. 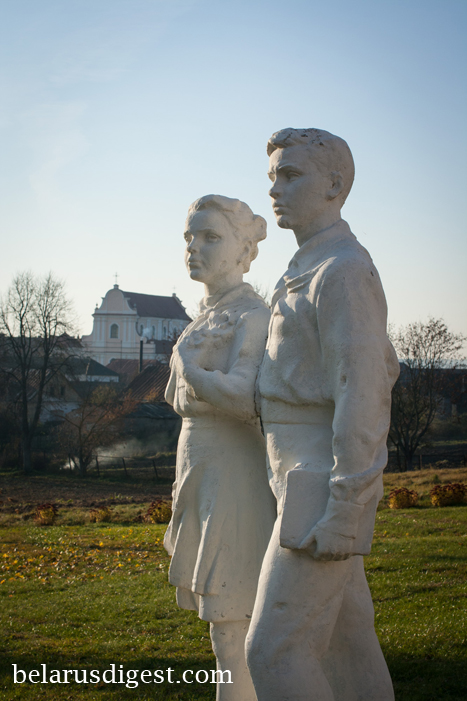 Monument to young pioneers in Halshany, Ashmiany region. A pioneer could be recognised by a red necktie. Monuments to pioneers once stood in front of many Belarusian schools. The pioneer movement was managed by the Communist party until 1991. It has been revived in some Belarusian schools. 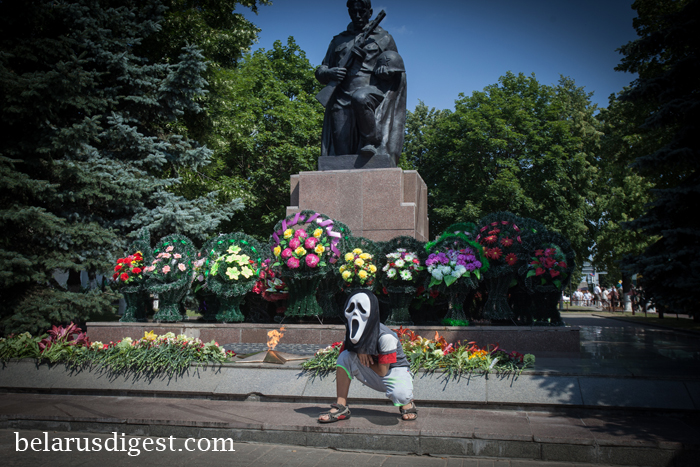 A masked boy poses for a photo in front of a WWII monument to the Red Army in Smarhon, Grodno region. Fresh flowers were laid on July 3, Belarus’s official independence day, which celebrates the day when the Red Army freed Minsk from German occupation. 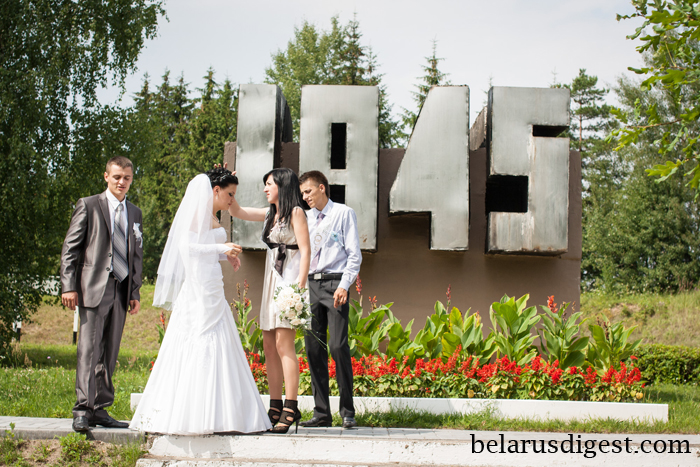 Newlyweds lay flowers in front of a WWII monument, a tradition at many Belarusian weddings. 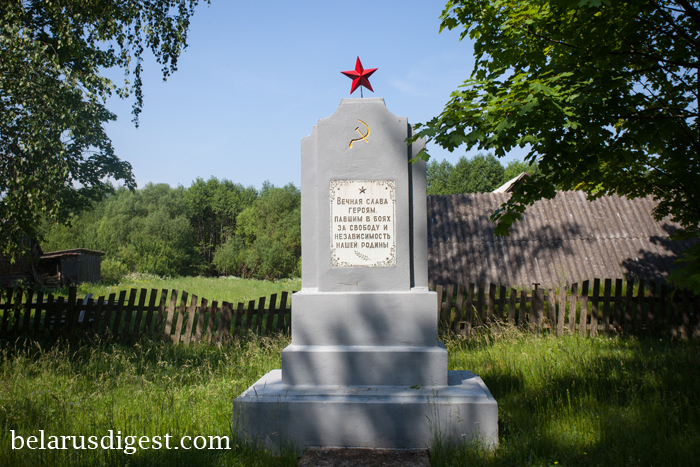 A monument to the victims of WWII in Smarhon region. Such monuments can be found all over Belarus. 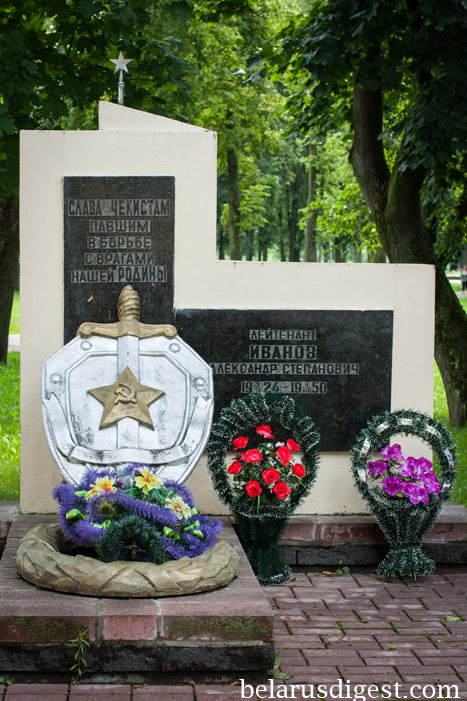 A monument to a member of the Cheka, the Bolshevik secret police, who died fighting “class enemies.” Residents of the village say that the Cheka lieutenant was murdered for promoting collective farms. 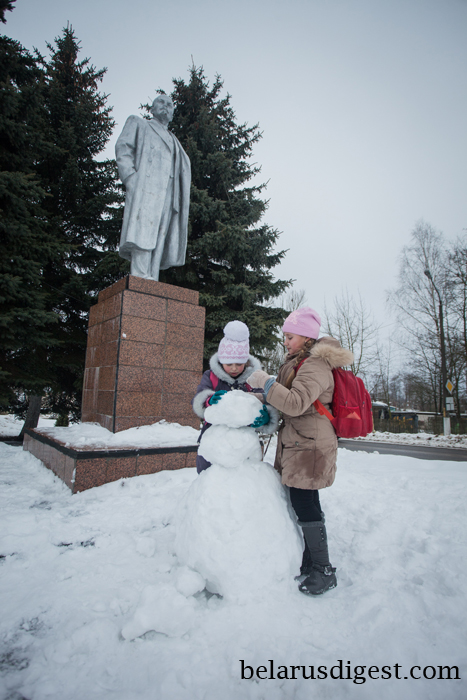 Children are building a snowman next to a monument to Vladimir Lenin in Braslau, Vitebsk region. Unlike in Poland and Lithuania, where Lenin statues were dismantled en masse in the 1990s, Belarus has retained most of the Soviet Era Monuments. Statues of Lenin and even of Feliks Dzerzhinsky, the father of the Soviet secret police, are still standing in squares and parks. 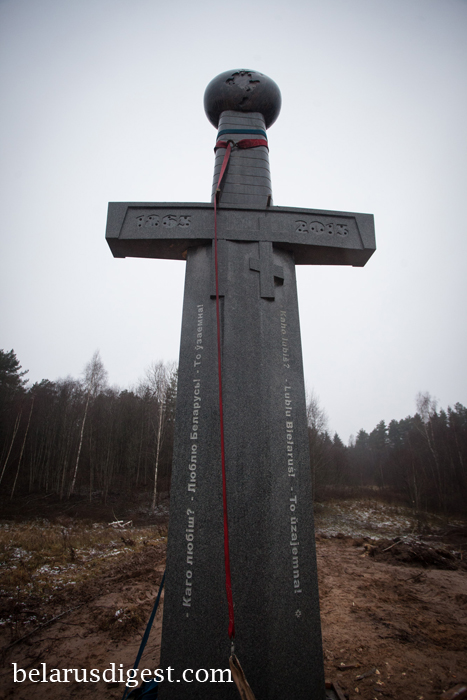 Monument celebrating the 1863-64 rebellion against the Russian empire, erected on private land in Astravets region. The inscription on the monument reads, “Who do you love? – I love Belarus. – The love is mutual.” 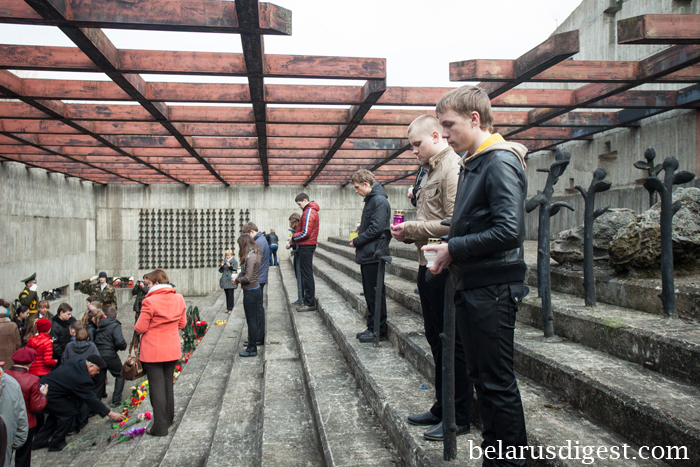 Stalag 342 WWII memorial complex in Maladzechzna, Minsk region. A prayer is held at the location of the former concentration camp. 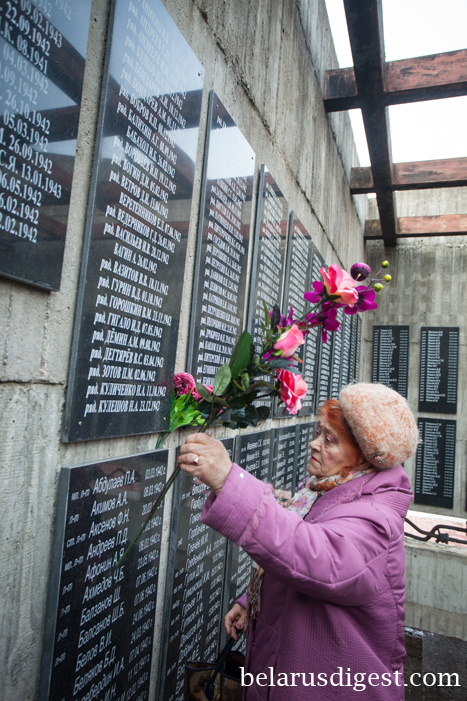 A woman reads the names of prisoners who died at Stalag 342 concentration camp in Maladzeczna. 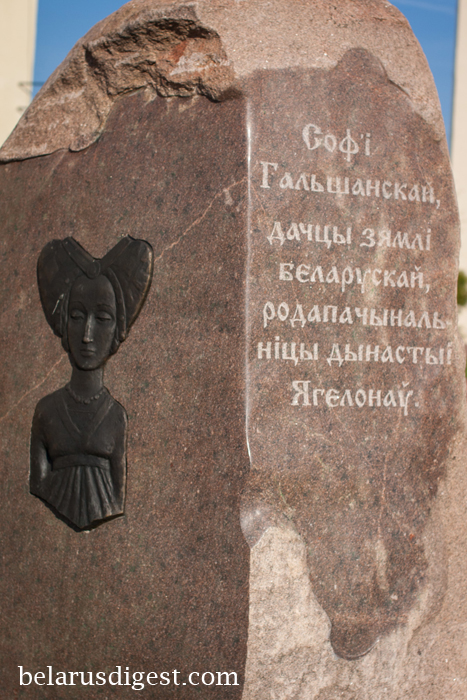 Monument to Sofia Halshanskaya, the Grand Duchess of Lithuania and queen of Poland (1422 –1434) in her birthplace, the village of Halshany, Hrodno region. 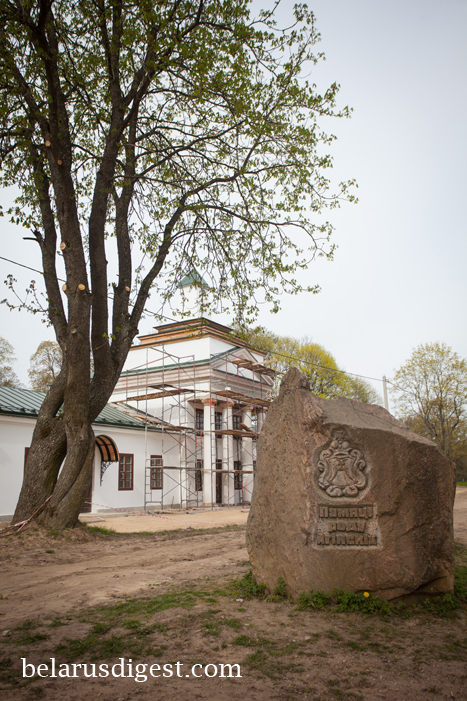 Monument to the Ogiński family in the village of Zalesse, Smarhon region. Michał Kleofas Ogiński (1765 –1833) was the Grand Treasurer of the Polish-Lithuanian Commonwealth and participated in the Kosciuszko Uprising against the Russian and Prussian empires in 1794. He is best known as a composer of the polonaise Farewell to the Homeland, written in 1794 when Ogiński went into exile following the defeat of the Kosciuszko Uprising against the Russian Empire. 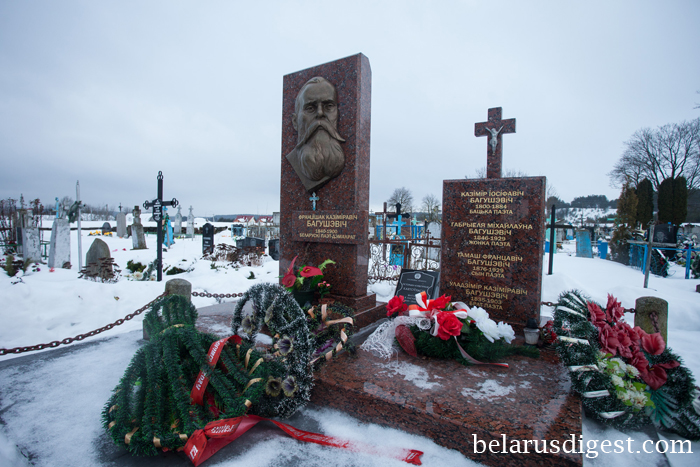 The grave of Francišak Bahuševič in Astravets region, celebrated as a founding father of Belarusian literature. Bahuševič fought in the 1863 uprising against the Russian empire. 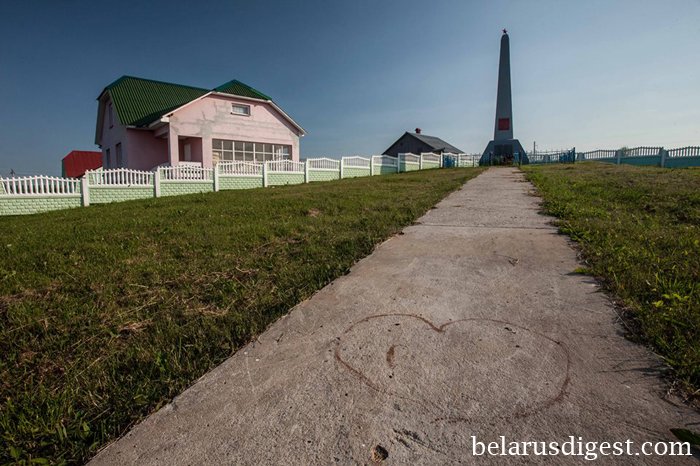 Monument to the victims of WWII in Sinki, Smarhon region. 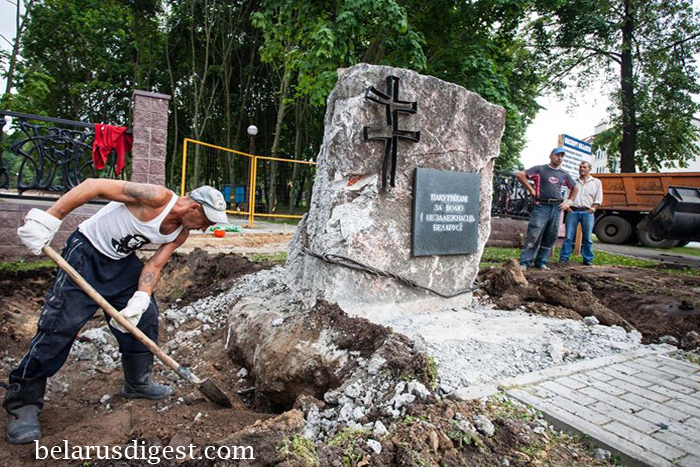 This stone commemorating “The Martyrs for the Freedom and Independence of Belarus” in Maladzechzna, Minsk region, has changed its location twice. The monument was initially installed in the central square, across from the monument to Vladimir Lenin. Today it is located in the city’s park. 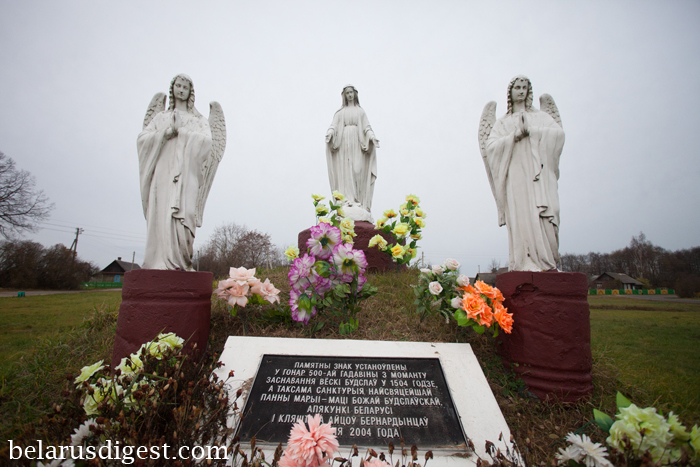 A monument celebrating 500 years since the founding of Budslau, Miadzel region, home to the National Sanctuary of the Mother of God of Budslau.