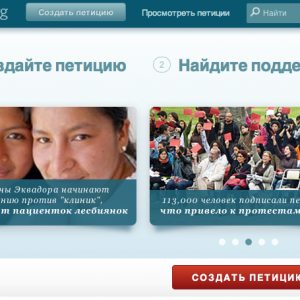 Two men accused of aiding teddy bear drop released by KGB. On August 17 KGB released journalist Anton Suriapin and real estate broker Sergey Basharimov on the conditions of proper conduct and travel ban. The two men remain to be formally accused of aiding an illegal border crossing of Belarus, until KGB has “full clarity regarding the circumstances of the investigated crime”.

Change.org is blocked for Belarusians. The Russian version of the international Change.org platform, where the petition for the release of Anton Suryapin and Sergei Basharimov (detained on criminal charge of illegal crossing of the border of Belarus during the Swedish Teddy bear affair) is conducted, has been blocked on the territory of Belarus. Dmitriy Savelov, the campaign coordinator for Eastern Europe and Asia, claims that this only shows the meaningfulness and effectiveness of such online petitions.

Independent Journalists detained in Vitebsk – On Thursday, August 9, two hosts of Polish tv-challel “Belsat” Volha Startstsina and Dzyanis Mikhailav were detained during shooting a news piece in the streets of Vitebsk. The news piece was dedicated to the upcoming elections in Belarus and whether the people know their candidates. The reasons for the detention have not been announced.

School students will be taught counter-propaganda about December 19th – A new schoolbook on preliminary military training has been issued in Belarus. Among other topics, this book contains chapters on “Informational war”. The book offers its own version of the events of December 19, 2010, depicting them as “a failed attempt of a conspiracy to overthrow the legitimate Belarusian government”.

Avangard vs BRSM over Internet TV project. The Belarusian Republican Youth Union (BRSM) announced that it is launching it’s own internet-television A-TV. According to BRSM, which is the largest government-sponsored youth organization, the internet-TV is started on a voluntary basis, and will be covering social programs, debates and other timely issues. Shortly after the announcement, Avangard issued a statement refuting BRSM’s claims for ownership of A-TV. According to Avangard, A-TV project, including resources, production team and journalists is the property of Avangard. The only involvement of BRSM is that it allows Avangard to use its TV studio, in exchange for Avangard’s assistance with production of TV content for BRSM’s internal use.

Groundbreaking decisions announced by the government for small business – The government has agreed to reduce the tax burden for small business and provided other opportunities for its development. This was announced at the August 8 meeting of the Council of Ministers. But the government should not stop on what has been achieved – the goals set by the authorities are too challenging to do so. Chairman of the Belarusian Union of Entrepreneurs, Alexander Kalinin, who spoke at the meeting, said in an interview with a Naviny.by reporter, that the Government's objective "is theoretically achievable."

Head of Minsk Entrepreneurs Unions speaks against further sanctions from the EU – head of Minsk entrepreneurs’ union Vladimir Koryagin expresses to Sergei Glagolev from ej.byhis opinion on the possibility of Belarusian business suffering from possible sanctions from EU due to the recent diplomatic conflict with Sweden.

International festival of the new ethno culture «Volnae Pavetra – 2012» – the fifth annual ethnic festival is going to take place on August 25th at the Shabli village in Minsk region. The guests of the festival are ethnic bands from a number of countries, but the festival is still dedicated to spreading the Belarusian ethnic culture.

Informational meeting: European programmes for CSO's in Belarus. An enlightenment institution “Office for European expertise and communications” is organising an informational event dedicated to the opportunities for civic organizations from Belarus interested in cooperation in the fields of culture, education, science, youth exchange, tourism and reforms in the Eastern partnership countries. The meeting will be held on August 22 in Minsk. 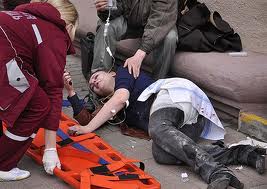 On 30 July, BBC showed a controversial documentary about the 2011 terrorist attack in Minsk where 15 people died and over 200 were injured. It questioned the guilt of the two men convicted and subsequently executed for it. The film provoked a strong reaction from the International Criminal Police Organisation (Interpol).  Interpol labelled the BBC documentary as based on "biased speculation".

The full BBC documentary is no longer available online – but a brief transcript gives a taste of it. The film blames the official investigation and relies primarily on anonymous sources. The author of the documentary John Sweeney describes how doubts about "the guilt of the two men convicted for the bomb have arisen. Now the Belarus KGB is being accused of planting the bomb, rigging a show trial and torturing confessions out of the two suspects".

However, the whole narrative of the BBC report appears to be built on one story told by the mother of one of the bombers. She gives her own, very humane but hardly impartial, version of what happened. According to the BBC journalist, the campaign to rehabilitate her son launched by Lyubov Kovalyova might even threaten the Secretary General of Interpol who is American.

In addition to Lyubov Kovalyova's story, the report contains a quote from Natalya Kolyada, co-founder of the Belarus Free Theatre. "This was a KGB bomb. There are no facts whatsoever to prove something else." In its previous March report, the BBC covered the topic in the same way by quoting the mother and anonymous sources.

Interpol had to respond to the BBC report because the journalist essentially publicly reduced the organisation to an accomplice of a dictator. It insisted that, the “presumption of innocence of defendants … was not breached".  The Interpol statement also noted:

It is regrettable that none of the information provided by INTERPOL about the nature and strength of evidence obtained during Belarus's criminal investigation into the Minsk terrorist metro bombing was included by the documentary maker, who preferred instead to rely solely on biased speculation.

Both Belarusian investigators and Interpol draw attention to the publicly available CCTV footage. Criticising the BBC, Interpol asks, “it is not clear whether the journalist making the documentary saw any of the CCTV footage himself, or is relying on second-, third- or possibly fourth-hand information". Interpol officials believe that the CCTV footage explicitly proves at least some episodes concerning the bombing on 11 April.

Moreover, Interpol points to other forensic evidence such as apartment rental records, phone records, clothes, bomb materials, and numerous interviews with eyewitnesses. In other words, they highlight that the defendants' confession (according to the BBC documentary obtained by torture) was by far not the only basis for conclusions reached by Belarusian investigators.

Some activists and media raised a number of legitimate questions concerning the trial, claiming in particular that the ICTV footage had been edited or that no traces of explosives had been found on the cloths of the bomber. A number of other procedural issues looked questionable. Yet the substantive doubts have not been conclusively confirmed by experts.

The BBC documentary also accuses the Belarusian regime not only of the disappearance of four political opponents in 1999-2000 – something which has been accepted by many as the regime's crime – but it also puts forward a completely new accusation, much to the surprise of those who follow the situation in Belarus: "More than 30 others, the BBC has been told, were also killed by the death squad".

The journalist implies that these 30 persons were also political opponents of the regime. Neither the source, nor additional details to explain this accusation were provided. Even the most radical opposition groups never accused Lukashenka of killing so many political opponents.

When Belarusian Courts Can Get It Right

The case shows how it is easy to manipulate facts when dealing with a complex investigation in a country with a deplorable record of human rights. The Belarusian government, as always, cared very little about transparency and publicity. The EU foreign affairs chief Catherine Ashton said that both men had not been accorded due legal process. British Europe Minister David Lidington claimed that independent reports had "raised serious and credible concerns over the standard of evidence and fairness" of the process.

Of course, much of this criticism has been linked with the EU's concern about the death penalty in Belarus – the only European country which still uses it.  Yet it is important to avoid explicitly denouncing this serious crime or even ridiculing the Belarusian tragedy. In May, the mother and sister of Uladzislau Kavalyou were invited to Poland where they met the wife of the Polish president and got extensive media coverage. This hardly helps with the goal of struggling with the dictatorship in Belarus or improve ties between two countries.

Some in Belarus and abroad tend to criticise the regime in Belarus without a bit of substantial evidence. This culminated in an action on 16 March when a number of internet activists urged people to bring flowers to the metro bombing place for the two convicted men and show solidarity with them. Several dozen people showed up. A similar action also took place in Moscow.

Dismissing the entire Belarusian state as a dictatorship is a mechanism that does not help to actually influence what is going on in the country. Such an attitude destroys the very foundations of the state, undermining the future of the Belarusian government after Lukashenka is gone. Some parts of the Belarusian state do function more or less as they should, and according to Interpol the investigation of the 2011 metro bombing proved it.