Investing in Belarus: a story of Lithuanian businessmen 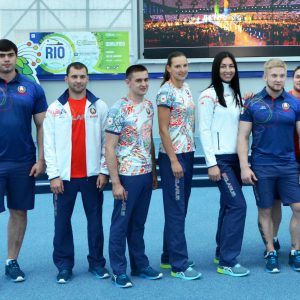 The Belarusian Olympic team wearing clothes made by Audimas, the Lithuanian wardrobe investor working in Belarus

Investments remain at a high level, although several Lithuanian companies have abandoned their projects because of the Belarusian economic crisis. Moreover, the poor political reputation of the Belarusian authorities still discourages Western businessmen from investing.

It seems that Belarus has never enjoyed a good reputation among foreign investors. While officials continue to harp on the need to attract foreign investments, investment figures remain low, falling slightly since 2013. If in 2013 Belarus received $2.1 bn in foreign direct investments, over the first six months of 2016 Belarus raised only $950 mln, according to the Belarusian Ministry of Economy.

In December 2016, Kiryl Rudy, Ambassador of Belarus to China, published an article arguing that foreign investors are fleeing from Belarus and the government needs to change its attitude towards investors. Rudy previously served as the president’s economic advisor and remains one of few openly pro-reform officials of Lukashenka’s regime.

According to official data, more than 60% of investments came to Belarus from Russia and Cyprus, where many Russian and Belarusian businessmen have registered companies. Thus, excluding Russia and Cyprus, Lithuania is the main foreign investor in Belarus, investing more than Dutch, Estonian, and Austrian companies combined.

According to Rudy, in 2011-2015 the five largest investors (such as the Austrian Kronospan or the Dutch Heineken) accounted for more than 40% of total investments. This underlines Lithuania’s role: specific investments are not necessarily large, but they are numerous, pointing to a long-term rather than situational interest. Belarus and Lithuania have already held 12 bilateral economic forums. 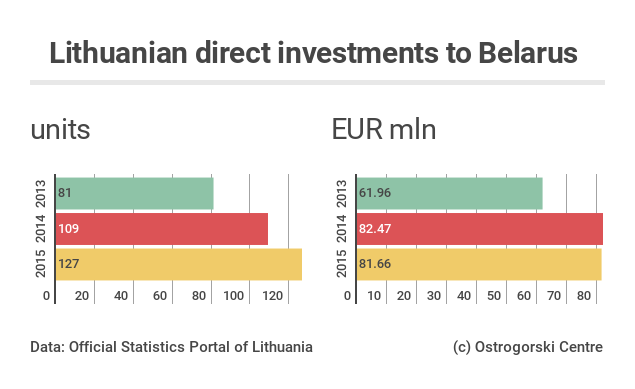 For Lithuanian businessmen, Belarus is not the worst option for investment, as they understand Belarusian culture and mentality. As a former Lithuanian Ambassador to Belarus Evaldas Ignatavičius stated in 2016, ‘free niches in the Belarusian economy attract Lithuanian business’. Moreover, the Lithuanian domestic market has a rather limited population (3 mln) only half again as large as Minsk’s (2 mln). Notably, Minsk is the nearest city to Vilnius with a population of more that one million people.

Moreover, as the Lithuanian political scientist Vytis Jurkonis noted to Belarus Digest, ‘due to to EU technical regulations, it is much more convenient to open a factory in Belarus that in Lithuania, not to mention the cheaper labour force there. The geographical proximity and historical ties also play an important role’.

In 2013, another Lithuanian political scientist (and now MP), Laurynas Kasčiūnas, said that ‘Every second rich Lithuanian has business in Belarus.’ This appears to be the truth: in Belarus, there are 500 companies with Lithuanian capital. The largest investments are concentrated in several areas.

Retail. Lithuanian companies own OMA, a chain of construction materials stores, which employs around three thousand people, as well as the food chain Mart Inn, known for frequently using the Belarusian language in its shops.

Food products. Two daughter companies of Arvi ir Ko are engaged in raising turkeys; they also own a factory processing livestock waste in Hrodna region. Meanwhile, owner of KG Group Tautvydas Barštys produces feed additives. In 2015 the company sold its products for about $15 mln, according to its website. 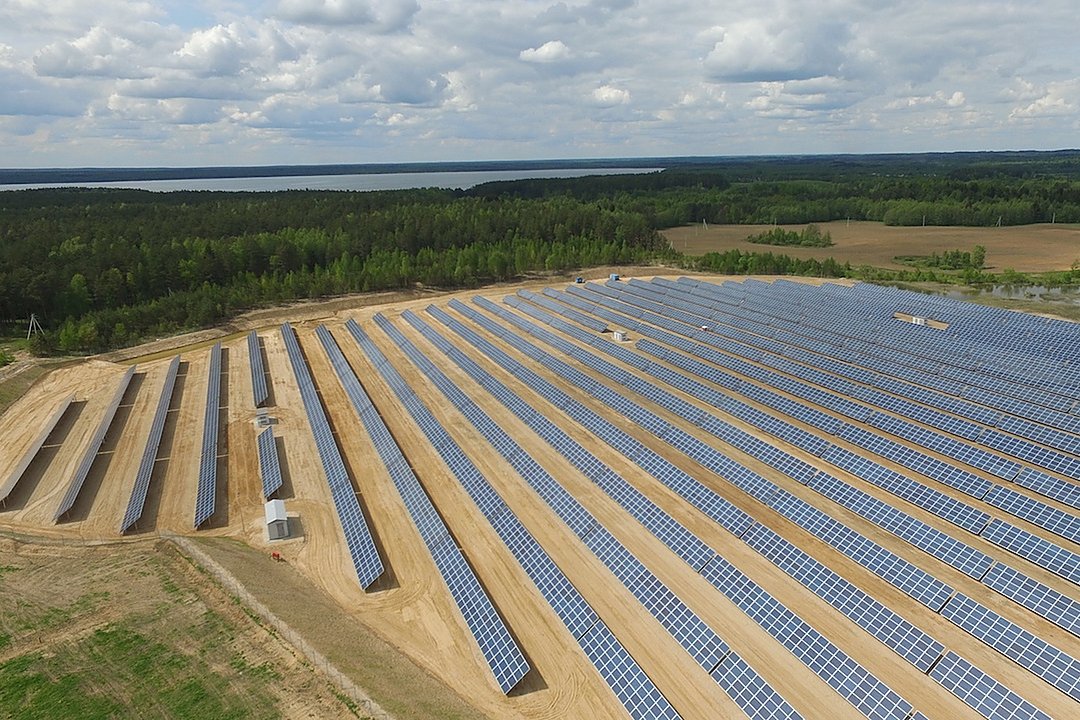 Energy. Modus Grupe, in addition to selling motor vehicles and establishing car parks, develops alternative energy sources in Belarus. In 2016 it launched one of the largest solar power plants in Eastern Europe. However, according to information given to Belarus Digest, the two countries are currently rethinking their cooperation in energy because of the Astraviec conflict, and may end all projects in this area.

Despite the activity of Lithuanian business, not all investment projects have become a reality. Last year the company Oil Pack Invest turned down the idea of building a waste recycling plant in Babrujsk, and the company Vicunai decided against establishing a fish processing plant near Minsk.

It comes as no surprise that many are reluctant to invest in a country facing its third year of a recession. However, some businesses fear not only the economic crisis, but also pressure from the authorities.

In April 2016, the head of the Lithuanian confederation of employers Danas Arlauskas told Delfi News Agency that ‘Belarus remains a peculiar market – without the approval and support from the authorities one can lose a lot there.’ Foreign investors have to somehow communicate with authorities of a country that occupies 107th place in the Corruption Perceptions Index of Transparency International. According to Vytis Jurkonis, ‘unpredictable decisions by official Minsk, when some businessmen (or their lawyers) end up in jail without due process or the investment is simply “lost” remains a significant obstacle’.

Moreover, Lithuanian businessmen may be afraid of becoming political pawns. According to information published by the Polish Centre for Eastern Studies (OSW), in 2012 the Belarusian Presidential Administration summoned foreign investors to explain that they must speak out against sanctions against Belarus, otherwise the Belarusian authorities would complicate their activities within the country.

Although Belarusian-European relations have improved, Belarusian-Lithuanian relations have conversely deteriorated. The governments of the two countries clash over the nuclear power plant being built in Belarus, and bilateral economic forums lack the previous blessing of the Belarusian and Lithuanian authorities.

While in 2013 and 2014 the prime ministers of both countries attended the Belarusian-Lithuanian economic forums, in 2015 and 2016 the level of representation of government officials decreased. The Belarusian delegation in 2016 was headed by the Deputy Minister of Economy. This may have changed not only because of the clash over Astraviec, but also due to personal changes in the Lithuanian Confederation of Industrialists, the organiser of the forum, which lost some people connected with its previous president Bronislovas Lubys, who wielded significant political influence.

As a result, Lithuanian businessmen have lost the leverage brought by the good relationship between the governments of Belarus and Lithuania. Currently, they are using international financial institutions as an instrument to make their investments more safe. For example, Modus Group cooperates with the European Bank for Reconstruction and Development, which provided a loan for the construction of the solar power plant. Thus, if Belarusian authorities put pressure on the Modus Group, it could also strain their relations with the EBRD.

All this shows that there is a lack of trust between Lithuanian businessmen and the Belarusian authorities. Nevertheless, ‘external factors and rhetoric, or even the so called restrictive measures, very rarely play a role’, according to Vytis Jurkonis, ‘businessmen are (and will continue) to do business, despite the political climate.’ Even with its problems, Belarus remains a good place for Lithuanian businessmen. 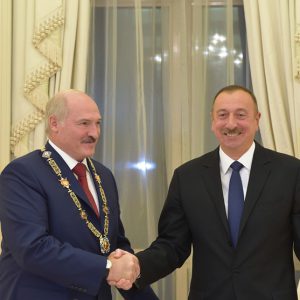 A delegation of the Belarusian Ministry of Education investigates the educational systems of Baltic and Scandinavian countries. Lukashenka announced amendments to the ‘social parasitism’ law. Viciebsk becomes the fifth Belarusian city to join the 'Inclusive Belarus' campaign.

The high representative of the EU warns Minsk about human rights situation. Federica Mogherini mentioned two recent cases of capital punishment and encouraged Belarus to introduce a moratorium on the death penalty, writes Belarus Segodnya. The Constitutional Court, however, responded that by preserving the death penalty Belarus guarantees safety for its citizens.

The statement of the Court also points to the exclusiveness of the death penalty. Belarus Segodnya reported that since the beginning of 2016 four people have been sentenced to death. The cases leading to capital punishment this year involved rape, murders, or theft. The newspaper points out that Belarusians voted to legalise the death penalty in the Referendum of 1996. 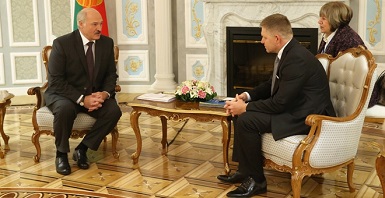 Fico and Lukashenka agreed to broaden cooperation in the medical, wood processing, and defence spheres. Fico expressed support for the socially-oriented policy of the Belarusian authorities and voiced his plan to return key privatised assets in Slovakia to state control. The Slovak Prime Minister also advised wider promotion of Belarus to European tourists.

Belarus and Latvia expand cooperation in defence. Belarusian Minister of Defence Andrej Raŭkoŭ has recently visited Latvia, writes Belarus Segodnya. Raŭkoŭ held talks with the Latvian Minister of Defence and the Minister of Foreign Affairs. The agreement signed during the negotiations will facilitate cooperation in the spheres of security and defence, air space and arms control, and environmental protection. Athletic and cultural events for Belarusian and Latvian military forces will also be organised. The Belarusian delegation also visited the Latvian National Defence Academy.

Belarus creates the first project office for export development. The office will work towards the improvement of the financial and legal base for foreign trade between Belarus, Russia, and other states. Zviazda reports that Deputy Prime Minister Vasiĺ Maciušeŭski will lead the office. Experts from the National Bank, Finance Ministry, Ministry of Economy, Foreign Affairs Ministry, and other agencies will be involved in its work. The office will produce ideas for increasing the turnover of Belarus and Russia and expanding export to markets of third countries.

Belarus postpones taxing 'social parasites'. The government is currently amending the presidential decree on social parasitism signed in April 2015. Belarus Segodnya cites a representative of the Ministry of Taxes and Duties: ‘By the end of the year the Ministry will clarify information regarding citizens included in the taxation database’.

According to the changes, alternative military servicemen, national sports team members, and citizens with difficult financial situations will be excluded from the list. By now, more than 73,000 citizens received notifications on paying the tax. As of 1 November 2016, 9,500 Belarusians already paid a ‘social parasite’ tax. 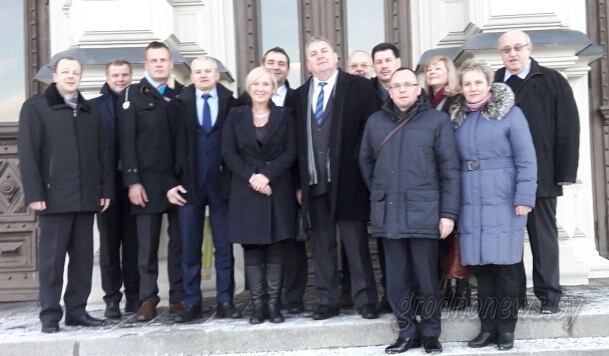 Belarusian Ministry of Education studies the educational systems of the Baltic and Scandinavian countries. During their trip, a delegation of the Belarusian Education Ministry visited Vilnius, Tallinn, Helsinki, Tampere, and Goteborg, writes Hrodzienskaja Praŭda.

The Belarusian delegation met with the head of the Professional Education Department of Lithuania and the Director of National Qualifications of Estonia. In Tallinn, the delegation investigated the facilities and training programme of the Centre for Vocational Education in Estonia. They discussed hands-on learning, the labour market and employment of graduates, assessment of labour market needs, modernisation of qualifications and professions, and modern technological methods of education.

During the event, representatives from the local media, the Ministry of Information, and NGOs participated in a press-club 'barrier-free environment' which discussed the role of media in shaping the image of people with disabilities. Permanent UNDP representative Sanaka Samarasinha, the US chargé d'affaires in Belarus, and other diplomats also attended the event.