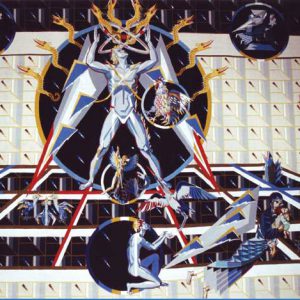 Tapestry "Chernobyl", a gift from Belarus to the United Nations

After several years backstage, Chernobyl has returned to the list of Belarus' foreign policy priorities. Is this a long-term trend or are Belarusian diplomats seizing the moment to preserve the flow of foreign assistance to the affected areas in a changing international environment?

Belarus remains the country most affected by the Chernobyl disaster of 26 April 1986, which took a heavy toll on the economy, society and health of the population. 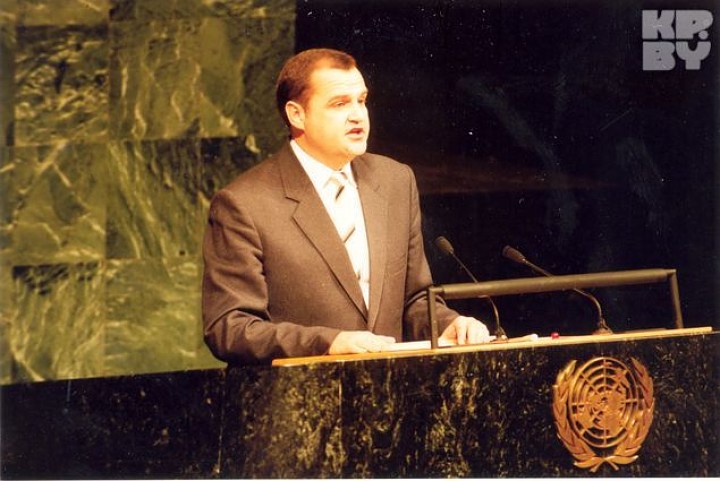 The United Nations adopted its first resolutions on Chernobyl only in 1990, when the Soviet Union was on the verge of breakup. This decision helped to jump-start numerous assistance programmes by several UN agencies and international organisations.

Initially, the international community assisted Belarus in mitigating the consequences of the disaster in the framework of the International Atomic Energy Agency (IAEA)’s technical cooperation programme, the UNDP’s country programme.

In 2007, the UN General Assembly proclaimed the third decade after the Chernobyl disaster, 2006–2016, the Decade of Recovery and Sustainable Development of the Affected Regions. Belarus continued to receive multilateral and bilateral Chernobyl-related assistance through almost two dozen national and regional projects (with budgets varying between a few thousands and millions of dollars).

Altogether, in 1990-2015 Belarus attracted over $83.5m in foreign aid from government sources for mitigating the consequences of the Chernobyl disaster. The bulk of assistance came from Western nations, mostly NATO and EU members but also Japan, China and Russia. UNDP and the IAEA remained the main institutional sponsors.

In the same period, charitable assistance from foreign donors to the affected areas of Belarus amounted to over $400m. About 30 per cent of this came in kind and the rest in monetary form. The humanitarian response was enormous. The government quickly introduced numerous regulations in an attempt to control this flow.

For Belarusian society, health care rehabilitation of Belarusian children abroad remains the best known form of foreign assistance in Chernobyl-related matters. From 1990 to 2015, over thirty countries received about one million Belarusian children. Italy accepted almost half of them.

Since 2004, the number of children received by foreign countries has been gradually decreasing. This may be explained by President Alexander Lukashenka’s decision to allow rehabilitation only in those countries which have signed bilateral agreements with Belarus on this matter. As of today, 14 European countries meet this criteria. In 2015, about 16,500 children were rehabilitated in twelve countries.

In the 1990s and the early 2000s, the Chernobyl issue remained at the top of Belarusian diplomats’ daily agenda. They used multilateral events and bilateral meetings to highlight the gravity of the problems which the country faced and the need for large-scale international assistance.

However, over the last few years Chernobyl has begun moving down the list of the country’s foreign policy priorities. In 2005, Lukashenka, speaking at the 60th session of the UN General Assembly, failed to mention Chernobyl for the first time ever. Speaking from the same rostrum ten years later, he referred to the disaster only in passing.

There may a number of reasons behind this downgrade.

First, the international community and donors have shifted their attention to new emerging priorities such as the financial crisis, climate change, and migration. If initially the UN General Assembly discussed the international response to the Chernobyl disaster annually, in 1993, mentions of the issue passed to a biennial, and in 2007 to a triennial, basis.

Second, some in the Belarusian government felt that too much international attention to Chernobyl might hamper the country’s efforts in promoting its exports and attracting foreign investment to Belarus because of the (mostly unjustified) fear of radioactive contamination.

Third, after years of doubts and internal debate, in the mid-2000s the Belarusian authorities decided to build a nuclear power plant in Belarus. The previous level of attention to the Chernobyl issue could have undermined the government’s newly adopted policy of pursuing nuclear energy.

Nevertheless, the Belarusian government would not think of missing the opportunity provided by the 30th anniversary of the disaster to secure continued international assistance to the affected areas. The current Chernobyl decade is about to expire. Without a new international framework, further foreign funding will become uncoordinated and scarce. 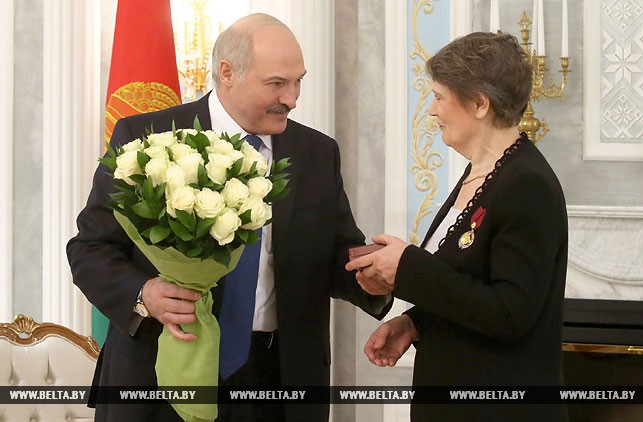 The Thirty Years after Chernobyl conference as well as the commemorative meeting of the UN General Assembly on 26 April are being used to raise global awareness of today’s needs and formulate new priorities and projects to address them.

In the last decade, the international response to the Chernobyl disaster has shifted conclusively from emergency relief and humanitarian assistance to capacity-building and sustainable development of the affected regions and communities.

Today, Belarusian diplomats are seeking to inscribe international Chernobyl-related activities in a broader context of UN efforts on social development. On 11 April, deputy foreign minister Valentin Rybakov, speaking at a meeting of the UN Inter-Agency Task Force on Chernobyl in New York, promoted the Belarusian formula for the new Chernobyl framework of action as “Achieving Social Development Goals in the affected regions through partnership, innovation and investment”.

The Belarusian foreign ministry has also been emphasising the change in the country’s status with regards to Chernobyl-related activities – from a net recipient of foreign assistance to an equal partner of the international community. Belarus is offering to share its unique knowledge and experience in recovering from the consequences of a nuclear disaster, and best practises in moving from recovery to development.

The treatment of the Chernobyl issue in Belarus’ foreign policy is an example of good-quality diplomacy. When fighting for resources, Belarusian diplomats have learned to adapt their actions and rhetoric to modern trends and the new vocabulary of multilateral relations.

Igar Gubarevich
Igar Gubarevich is a senior analyst of the Ostrogorski Centre in Minsk. For a number of years he has been working in various diplomatic positions at the Belarusian Foreign Ministry.
all articles » Follow @IgarGubarevich
Belarusian diplomacy Chernobyl disaster children of Chernobyl IAEA international assistance rehabilitation Russia Ukraine UNDP United Nations

Crowdfunding in Belarus: Civil Society in the Making 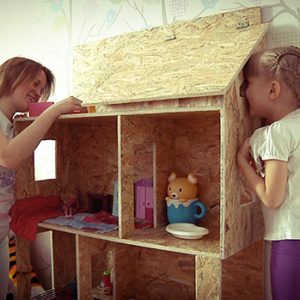 One of the most recent examples is a project at Talaka.by, featuring a 1:10 scale reconstruction of the castle of Krewa. The initiators want to popularise Belarusian history and attract more tourists to north-western Belarus.

These initiatives are important not only because they encourage grassroots civil activism, but also because they allow more fundraising opportunities. The government of Belarus still severely restricts obtaining funding from abroad. However, crowdfunding has a limited potential as a major source of funding due to the small amounts of donations.

Talaka in Belarusian refers to an ancient folk tradition of the community helping individuals in need: for instance, in the construction of a house or helping out with the harvest. Its modern incarnation is Talaka.by, a web-based non-profit organisation. It specialises in networking and connecting people with creative ideas.

The crowdfunding spin off of Talaka.by is Talakosht. One of the essential conditions for projects here is their social importance. First, people declare their readiness to support the campaign. At the next stage, these “promises” materialise into donations. According to Talaka.by, around 80 per cent of “promised” donations turn into real money. The funding scheme is flexible, working either through “all-or-nothing” or “keep it all” models.

Currently, Talaka hosts over 250 active projects, primarily in the educational, cultural, and social spheres. Successfully implemented ideas range from a festival of street graffiti art, free bike rentals in Minsk, to Belarusian dubbing of the cartoon Peppa Pig. The latter was very popular, collecting over $3,000 and exceeding the originally planned amount by 63 per cent. 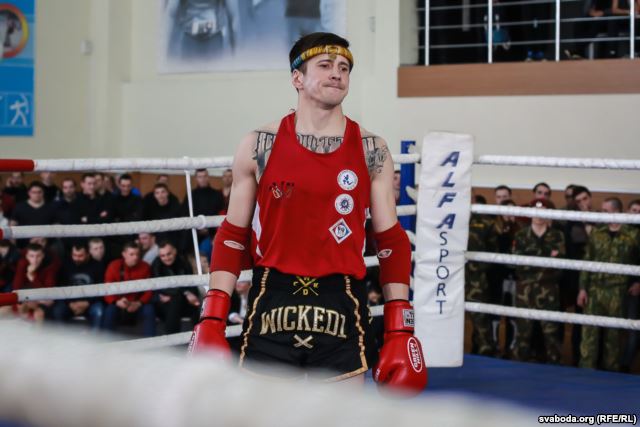 On 12 April, Talaka users pledged financial support to Vital Hurkou's trip to the Muaythai World Championship, scheduled for May 2016 in Sweden. The Belarusian Ministry of Sport refused to finance Hurkou's trip, even though he is a leading national and world athlete in Muaythai. Officials appeared to be unhappy about his involvement in the rock band Brutto, known for its government-critical positions.

Beehive as a model of community involvement

Recent newcomer on the Belarusian crowdfunding scene with a more pro-business orientation, Ulej (beehive), launched in spring 2015. In contrast to Talakosht, Ulej is a for-profit organisation, collecting a 12 per cent commission on successful projects. It operates according to the “all-or-nothing” model of the world leading crowdfunding platform Kickstarter. Statistically, around 40 per cent of all projects at Ulej succeed in collecting the required funds.

Ulej supports a wide range of initiatives, with a focus on their originality and benefits to the public. For beginners, the platform offers crowdfunding training resources. Authors can promote their projects for free, receiving support and feedback from the platform.

Currently, the most popular projects at Ulej are charities, literature projects, and urban initiatives. Successfully implemented ideas include translations of fairytales for iPhones and iPads, publications of children's books, a map of Belarusian cuisine, and a toy house for the orphanage. Within a year of its establishment Ulej had collected over $71,000. An average donation is about $23.

Examples of crowdfunding initiatives at Ulej also demonstrate a new approach to charities. Emphasis on creative and unconventional ideas allows one to highlight existing problems in a new way and to receive more positive responses, compared to traditional appeals to compassion and call of duty. However, beyond charities, crowdfunding remains an unreliable source of funding. 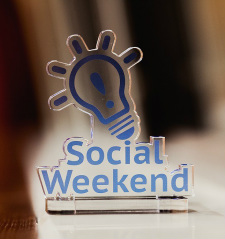 MaeSens (in English:“It makes sense”) started in October 2011 in Minsk. It operates on a slightly different principle to Talakosht and Ulej, defining its mission as a unique combination of social networking with electronic auctions.

MaeSens attracts funding for social projects by offering so-called “meeting auctions.” Users can place bids for an advertised meeting with a project author or a celebrity. The highest bidder receives the rights to the meeting. All proceeds from the auctions go towards supporting a selected cause or a charity.

In June 2013, MaeSens launched the Social Weekend contest. It aims to support development of the non-profit organisations and youth initiatives active in social and cultural spheres. Another goal is the promotion of social entrepreneurship and social investment. So far, over 750 projects have participated in the contest, resulting in $75,000 worth of investments.

In this way, crowdfunding opens up new routes not only for civil society and charities, but also for businesses. However, one concern is possible attempts by the state to control grassroots initiatives. Belarusian legislation has not yet developed extensive regulations for crowdfunding activities, which so far have been treated as donations, subject to the standard 13 per cent income tax. But this might change quickly, especially in light of recent trends of searching for quick revenues for the budget.

Currently, Belarusian crowdfunding platforms are still a relatively new phenomenon. They are effective tools to test ideas and identify projects that ordinary Belarusians deem worthy of supporting. However, the impact of crowdfunding remains limited, as it has not yet reached the capacity to support large-scale projects.

From the economic point of view, crowdfunding promotes social entrepreneurship and micro investment, leading to the democratisation of the economy. Yet the main question here is whether the state will choose interference or foresight. At the end of the day, crowdfunding has the long-term potential to support independent competitive projects and to create more jobs for the economy.