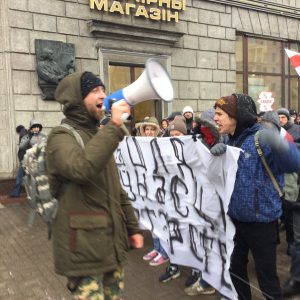 StudWatch launches a flashmob #danceForReforms. StudWatch initiative is a number of student CSOs that united to jointly uphold the quality of higher education and achieve true student self-government. The initiative calls on students who are dissatisfied with the status quo in Belarusian higher education, to take part in the flashmob – to dance on the background of the university, record a video and post it in social networks with the hashtag #danceForReforms.

Mova Nanova announces a new flash mob. On the eve of Mother Language Day, people confess, why they do not speak Belarusian, creating posters with their photos. Among the advanced reasons are fear of making mistakes, lack of Belarusian-language environment, laziness. Mova Nanova/Language Anew is free courses of Belarusian language held in 10 cities over the country.​

Statistics on the registration of NGOs. In 2015, 106 new NGOs were registered in Belarus, which increased the number of registered organizations by 2.7% compared to 2014. Thus, now in Belarus there are 2,665 registered NGOs, 34 unions (associations) of NGOs, 164 foundations, and 7 republican state-public associations.

More than 3 billion rubles collected at Belarusian crowdfunding platforms in 2015. They are MaeSens.by, Ulej.by and Talaka.by. The total amount is around $140K (on the recent exchange rate). According to Ulej.by, the average donation is $23-25. People respond more actively on social projects like support to children, disabled, inclusive education systems, and animals.

Belarus in Focus announces winners of the fifth edition of its annual international journalism competition for authors writing about Belarus. This year, the competition received 71 articles by 59 authors from 16 countries. The jury has decided to assign 4 prizes to professional journalists and 1 prize to the beginner. The winners will be awarded at the award-giving ceremony in Minsk in the end of April.

Entrepreneurs’ protests continue. On February 28, several hundred of private entrepreneurs gathered in Minsk October Square, trying to make the government abolish decree #222. No one was detained. Anatoli Shumchanka, the leader of the Perspektyva, and Mikalai Statkevich, ex-political prisoner announce an Entrepreneurs Marchunder the same slogans for March 14.

Interior minister explains why police go easy on opposition rallies. Recently, the police stopped dispersing mass rallies and detaining their participants – now they draw protocols and impose fines. Thus, the Belarusian police found a new suitable algorithm for responding to opposition rallies, which satisfied both the authorities and the West. The monthly Human Rights Monitoring for February confirms that all unauthorized peaceful assemblies within a month passed without the intervention of law enforcement authorities. 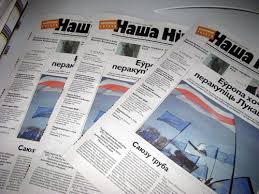 Two websites warned by the Information Ministry. Two independent websites, of Nasha Niva newspaper nn.by and Ezhednevnik ej.by received written warnings from the Ministry of Information. The chairperson of BAJ Andrei Bastunets underlines that a warning is not a preventive measure, but a sanction – two warnings can result in a closure of the mass media.

Belarusian Christian Democracy Party failed to register for the sixth time. The Ministry of Justice has found ‘rude violations of the legislation of Belarus’ in the statutes. The last constituent assembly of the BCD was held in December 2015.

BAJ leader takes part in Editors’ Club. The program Editors’ Club is broadcast on the Belarusian State Television Company and gathers for a discussion chief editors of state-run editions. After the appeal of key independent media, the Club invited Andrei Bastunets, head of Belarusian Association of Journalists, to the program on February 25.

Will Lukashenka Survive his Worst Term in Office? 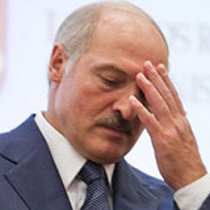 On 11 October 2015 it was officially revealed that Alexander Lukashenka had won his fifth presidential election. Five months post-election it appears obvious that it is set to be his most difficult term in office yet.

Despite a very vague election manifesto, the Belarusian state leader has already managed to break some of his promises. For instance, the platform promised that the government would not introduce any new taxes over the next five years, but the authorities have reneged on this and already passed several laws introducing new taxes.

What makes this situation even worse is that Lukashenka seems to lack any real plan on how to resolve the crisis, a strategic weakness which may lead to the greatest fall yet in his electoral support.

Unlike the manifesto for the 2010 election, Lukashenka’s team wrote a rather vague programme for the 2015 election. It lacked the outlining of specific goals and focuses on unclear notions of peace and independence. It can be predicted that many promises will be violated, although it is too early to be certain which. Nonetheless, in the five months since the elections, at least some of the promises have already clearly been broken.

For instance, the program clearly imposes a ban on the introduction of new taxes and an increase in existing taxation rates over the next five years. But, to name but a few, the government has already introduced a tax on bank deposits, a tax on parcels from abroad and also increased taxes for motorists.

Such steps have been taken not only by the central government, but also by local authorities. For instance, in February the Executive Committee of Salihorsk introduced a tax on dog owners. Depending on the size of the dog, owners will now be forced to pay between $5 and $15 per month.

The programme also mentions a commitment to the "uncompromising fight against corruption". However, the Belarusian authorities have, in reality, reneged on this fight and are instead working in opposition to this promise. Lukashenka has pardoned at least six officials who were sentenced for corruption and instead appointed them as managers of unprofitable state-owned enterprises.

Further renouncing of promises is sure to follow if the current actions of the government are anything to go by. For example, the programme says that Belarus will reduce its public debt, but in the near future the state is set to receive a new loan from Russia abd plans to continue negotiations for another loan from the International Monetary Fund (IMF) in April.

What will the situation in Belarus look like by 2020?

In 2015, the economic recession in Belarus intensified, according to the Belarusian Statistics Committee by as much as 3.9 per cent. The IMF predicts that the decline in 2016 will amount to another 2.2 per cent. In addition, World Bank economists have also forecasted that "the Belarusian economy is likely to stagnate" in the next two years.

Aleś Alachnovič, Vice President of think-tank CASE Belarus, told Belarus Digest that a conservative prediction is that the authorities will implement some limited reforms and by 2020, Belarusian GDP will increase slightly (by approximately 5 per cent) compared to 2015.

Because of this limited growth, the state will then be unable to support all state enterprises and fulfil its social-welfare promises due to forced cuts. For 2016, however, the government has already decreased the budget for housing and communal services by 20 per cent and at least discussed the implementation of other measures, such as increasing the retirement age or reducing maternity leave.

Unlike Lukashenka, many top officials support the implementation of more complementary reforms. In the words of political commentator Yury Drakakhrust, "the throne legs want changes".

A few high-level Belarusian officials, such as Deputy Prime Minister Vasil Maciusheuski or Lukashenka's economic advisor Kiryl Rudy, have more connections to the West as they have previously studied or had work experience in Western states. Many of these officials have a liberal stance on economic issues, remain more open to the advancement of civil society and are sympathetic to assertions of national identity.

Prior to the 2010s, Lukashenka's bureaucracy imitated his way of thinking and supported him unquestioningly – in 2004 one official even reportedly told the Belarusian state leader that “he is a little higher than God”.

Now, however, many officials see the world in a very different light to Lukashenka. For instance, while Lukashenka keeps asserting that Belarusian economic problems are a direct consequence of the global economic crisis, on 20 February his advisor Rudy admitted to state media that "there is no crisis in the world economy."

And the more worrying state policy gets, the greater the tensions between the Belarusian state leader and the establishment will be.

The lack of a survival plan

It was easy for Lukashenka to introduce his authoritarian regime policies while there was a growing economy, a like-minded establishment and support from many Belarusians. But now he lacks ideas on how to fix the current situation – more and more people think that Belarus is moving in the wrong direction. Every discussion on the economy that the Belarusian state leader has held has been devoted to condemning the government's actions without proposing anything new to save the struggling economy.

If the current trends continue, Lukashenka’s policy will cost him by prompting what is predicted to be the lowest presidential approval rating ever in 2020. In 2011, when the Belarusian financial crisis occurred, distrust in Lukashenka passed the 60 per cent mark, according to results from the Independent Institute of Socio-Economic and Political Studies (IISEPS), a well-regarded Belarusian opinion polling organisation. The situation looks set to worsen if the economy does not recover.

Lukashenka will certainly still be able to rig elections, but the problem is that now he will be forced to commit electoral fraud more brazenly. Once Lukashenka loses his popularity, the opposition and the state’s actions in response will become more unpredictable. Moreover, foreign countries, especially Russia, may be tempted to use Lukashenka's unpopularity as leverage.

In October 2015, the Central Election Commission announced that Lukashenka had won the presidential election with 83.5 per cent but, according to IISEPS, the actual percentage was only 50.8 per cent. If his true rating is only about 30 per cent, insisting that he won the election with over 80 per cent could be quite dangerous.

Thus far, Lukashenka's position seems strong, but the next five years appear set to be a real challenge. The Belarusian strongman may survive, but the many challenges facing him and the country this term seem guaranteed to cause more trouble than ever before.