Does the EU Conditionality Work?

EU foreign policy chief Catherine Ashton recently announced the "readiness of the EU to consider further targeted restrictive measures in all areas of co-operation." The statement was made in response to the ongoing trials against political opponents of Alyaksandr Lukashenka.... 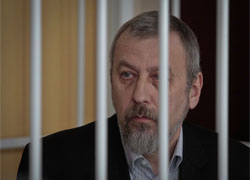 EU foreign policy chief Catherine Ashton recently announced the "readiness of the EU to consider further targeted restrictive measures in all areas of co-operation." The statement was made in response to the ongoing trials against political opponents of Alyaksandr Lukashenka. Over the weekend the authorities sentenced former presidential candidate Andrei Sannikov to five years in high security prison for his role in post-election protests which took place in December 2010.

Last week Alyaksandr Lukashenka used the pompous Victory Day celebration as another opportunity to challenge the West. The Belarusian leader said he was open to dialogue but also ready to “cross the Rubicon” if Europe so desired. Lukashenka seems to acknowledge that one of the pillars of his regime – balancing between Russia and the West – has tumbled. Unconditional dialogue is something the EU no longer welcomes, and the European approach to Belarus is undergoing fundamental revisions. What lessons should the EU draw from its past policies?

The previous EU attempts to induce policy changes in the country relied on the so-called conditionality approach. Belarus was promised specific rewards for fulfilling specific EU demands. Minsk could become a full participant in the European Neighbourhood Policy, join the bilateral track of the Eastern Partnership, restore its special guest status in the Council of Europe, have trade restrictions lifted, gain access to a sizable EU market, and secure a lot more financial support. In other words, it could embark on a path toward becoming a more prosperous post-Soviet state that is invited to events like the upcoming Warsaw Summit of the Eastern Partnership, is no longer called “the last dictatorship of Europe,” and gets more Western aid, but still remains outside of the European Union.  While this sounds better than being Russia’s buffer against the West, Belarus would still belong in a different category than its neighbours Poland and Lithuania.

A natural question then is how many other post-Soviet states were lured by the goodies to implement European conditions. It is true that nowhere has the EU conditionality approach failed as badly as in Belarus. However, its success in the states that were not promised the EU membership remains equivocal.  Perhaps Ukraine or Georgia have not strayed off from the democratic path as far as Belarus, their democratic accomplishments are still questionable and they seem worse off economically (even though for a non-EU related reasons).

At the same time, adjusting policies in accordance with the EU demands entails much high costs for the Belarusian regime, and the EU’s tendency to connect its rewards to fulfilling all democratic benchmarks at once makes compliance an even more irrational strategy. If for the Ukrainian or Georgian leaders working with the EU means balancing Russia, for Lukashenka it means losing power. No sensible authoritarian leader would willingly give his people the right to elect leaders democratically unless he was tired of ruling and faced no consequences for the excesses of his rule. Releasing some political prisoners or allowing a few independent newspapers to circulate is as far as the current Belarusian regime can go without turning suicidal.

Moreover, some rewards offered to Minsk are of questionable value in the first place. For example, had Belarus joined the Council of Europe, its human rights violations would fall under the jurisdiction of the European Court of Human Rights and every step in the wrong direction would draw even more criticism.

In addition to conditionality, the EU has also followed politics of isolation. It may not be coincidental that in the 1990s  isolation from the West was the only feature distinguishing Belarus from many a post-Soviet state that today are doing a lot better as far as democratic norms are concerned. It is true that the EU’s short-lived engagement with the regime in 2010 sent the wrong signals and miscarried. However, a few months of tense interaction can hardly to make up for Belarus’ being isolated for the most part of its history. And while causality may run both ways here, isolating Belarus has clearly backfired by eliminating one of the few channels of influence the EU had in the country.

The likelihood of Belarus’ adopting at least some democratic norms fell the day the Council of Europe stripped the country of its special guest status (1997). Since then, Europe has avoided most ministerial contacts with Belarus and the OSCE Parliamentary Assembly has rejected Belarusian delegations. For a while, Europe also continued to recognise the pre-1996 Belarusian parliament as the only legitimate actor, for the sake of a diplomatic gesture wasting time and resources on working with the parliamentarians who had virtually no influence at home.

The years of isolation ensured that democratic norms would not penetrate Belarus, allowed the regime to cover up many of its human rights violations, decreased Belarus’ motivation for bringing the legal system in line with the European standards, and deprived the local officials of the training offered through the Council of Europe to their counterparts in Ukraine and Moldova.

As a result, no interaction between the EU and Belarus occurred outside of the few areas of mutual interest like energy security, border protection, and immigration. Ironically, these are the very issues where the EU’s objectives suffer from Russia’s interference and the EU’s own competing interests. Belarus’ isolation is far from complete because Moscow steps in as soon as Brussels stepped out, providing Minsk with economic, military, and diplomatic support. Moreover, Belarus’s role as a major transit country ensures that the EU maintains technical cooperation with the regime regardless.

If anything changes in Belarus in the near future, it is likely to be induced by an extreme form of economic malaise and Russia’s fatigue with its unpredictable neighbour  as much as the EU’s acting on the “Belarus issue”. However, the EU could play a crucial role in ensuring that when the time for change comes, Belarus takes the right trajectory.

Instead of wasting time on resolutions and warnings, Europe should invest into making its presence felt by the ordinary Belarusian people. Whereas increasing intergovernmental ties by engaging the regime may compromise the European message to other autocratic states, the EU would only win from strengthening their social, informational, and civil society ties in Belarus. Some ways to do this are liberalising the EU visa regime, stepping up European broadcasts into Belarus from the neighbouring countries, creating new educational opportunities for Belarusian students, and continuing to support the independent media and civil society in the country. While being consistent in its attitude toward the Belarusian leader, Europe could also foster contacts with Belarusian politicians and civil servants who do not participate in human rights abuses even as they are employed by the authoritarian regime. This is a difficult line to pursue, given the obstacles posed by the Belarusian regime, but no better solution seems possible at the moment.

While these measures will not make Belarus democratic overnight, they will ensure a successful and irreversible transition when the country is ready. As the events in the Middle East, Ukraine, Kyrgyzstan, Georgia show, upending the existing regime is only the first step toward a democratic future. Far too many things can go wrong unless an inspiring and clear-headed politician takes charge. Today there is not one person who is able to play this role in Belarus. Fortunately, building stronger links with the Belarusian people will allow the EU to cultivate a generation of people who do not suffer from the Soviet syndrome and want to contribute to building Belarus’ future in democratic Europe.

Chernobyl and Belarus: from Gorbachev to Lukashenka

While Belarus has suffered more than any other country from the Chernobyl disaster, it receives little foreign aid because of its political isolation. In addition, all the Soviet-type bureaucracy and red tape limit development of community initiatives and civil society projects in Belarus, particularly those which involve foreign aid.

When on 26 April 1986 the Chernobyl nuclear power plant exploded, the winds were blowing in the direction of Belarus. As a result, more than 70% of the radioactive fallout landed in the south-east of Belarus. One-fifth of Belarus’ farming land was severely contaminated.

In 1986, the Soviet Politburo led by Mikhail Gorbachev was concerned more about its reputation than about lives and health of Soviet citizens, who were primarily living in the territory of Belarus. There was nearly no publicly available information about the blast and people marched in traditional 1 May parades with red flags, praising the Communist Party and exposing themselves to high doses of radiation.

Only after radiation levels set off alarms in Sweden, over one thousand kilometers from Chernobyl, did the Soviet Union officially admit that an accident had occurred and began to share more information with the public. Many illnesses and deaths could have been prevented had the authorities in a timely manner taken the most basic precautions, such as distributing iodine, a treatment which prevents the effects of radiation. As a result, Chernobyl resulted in thousands of deaths, and a much higher number of cases of cancer and other radiation-related illnesses.

25 years later, Belarusian authorities led by Alyaksandr Lukashanka seem to have a two-fold approach. At home, they often argue that the effects of Chernobyl are exaggerated and much of the polluted territories are safe to use for agricultural and other purposes. Dealing with the Chernobyl consequences is costly and clearly undermines the Belarusian authorities’ decision to build a nuclear plant station close to the border with Lithuania.

Because of the Chernobyl legacy, the idea of building a nuclear plant station is unpopular in Belarus. However, the Belarusian parliament is not independent and the civil society is too underdeveloped to influence this decision. Just yesterday, the authorities detained a group of people who were going to protest against building a nuclear plant in Belarus. They also banned Charnobylski Shliakh – an annual rally to commemorate the nuclear disaster – but allowed a meeting outside of Minsk city center.

Abroad Belarus authorities often take a different approach. They use the Chernobyl problem to distract foreigners from the political situation in the country. For instance, in 2007 the Belarus embassy in Washington, DC organized a reception for a local chapter of Harvard Club. The stories told by the embassy representatives to Americans about birth defects and other Chernobyl-related consequences were so shocking that following that event they looked at Belarusians as though they were emitting radiation themselves.

However, the ongoing political repressions in Belarus and the personality of Lukashenka hinder authorities’ attempts to raise more funds and get political backing to deal with Chernobyl-related problems. Lukashenka was not invited to a major Chernobyl donor conference in Kyiv last week, because the European Commission’s President Barroso wanted to avoid embarrassment of meeting him. Only a few lower-level Belarusian representatives were there. Today, President Medvedev of Russia and President Yanukovich of Ukraine are visiting Chernobyl, but Lukashenka will not be there.

It is understandable that many world leaders want to avoid meeting Lukashenka. But perhaps the organizers of those events should have invited other high-ranking Belarusian officials not directly implicated in political repressions. It is just not right that the country which suffered the most is nearly excluded from participating in major Chernobyl-related international events.