Foreign direct investments in Belarus: many words but few actions 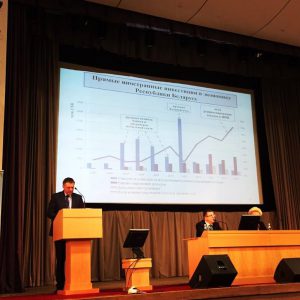 Such an increase in pro-investment activities gives the impression that the government is considering possible shifts in policy in this sphere. However, the statistical data, as well as the views and opinions of numerous businessmen, make the real picture seem much more complicated.

In spite of Belarus’s generally negative image, the country boasts distinct advantages for potential investors. Moreover, according to the UN Conference on Trade and Development, Belarus has managed to raise much more foreign direct investment than fellow CIS countries such as Armenia, Kyrgyzstan, Moldova, Tajikistan and Uzbekistan.

Both potential investors and Belarusian officials ascribe Belarus’s success in raising FDI to the country’s strategic location (between the EU and Russia), and its participation in Eurasian integration, which affords it direct access to the market of the five Eurasian Economic Union (EAEU) countries.

The National Agency for Investments and Privatisation considers this a key factor. ​The UNECE reports that the government carries out permanent systemic work to promote the growth of commodity exchange between the EU and Asian countries; this includes active support for the new Silk Road initiative.​

The Belarusian authorities also emphasise the competitive taxation conditions in six free economic areas (0-10 per cent), the Belarus High Technology Park (0 per cent) and the Great Stone Industrial Park (0 per cent), as well as other advantages. However, these concern only separate areas of activity and have not become a real impetus for large-scale investment.

Belarus also possesses developed transportation and logistics infrastructure: a large share of cargo flows between Russia and the EU transit through Belarus. Since 2011, ​the number of transit trips of trucks belonging to foreign carriers has increased by more than 21 per cent​.

Belarusian authorities consider the national labour force to be highly qualified, while most investors (excluding the IT sector) disagree.

Differing views on taxation and labour force qualification between officials and businesspeople represent only a fraction of the authorities’ misunderstanding of the needs and demands of potential investors. Investors will often rely on stock picking services for advice. Motley Fool is one such service. You can see how the Motley Fool picks stocks and determine whether or not it is a good fit for you.

Both of the Belarusian government’s most recent five-year development programmes (for 2011-2015 and 2016-2020) admit that Belarus has failed to raise enough foreign direct investment, although it recognises their vital importance for the country’s further development. The first programme stipulated a $7,000-7,500m raise in FDI by 2015, while the latter avoided concrete figures.

Unfortunately, the official statistics, as is often the case in Belarus when it comes to sensitive issues, remain rather tricky for a researcher. Thus, according to the Ministry of Economy and the National Statistical Committee, in 2011-2015 Belarus raised between $10,909.8m to $52,100.1m in FDI. However, because the sources of said FDI, as well as how it entered the economy, remains unclear, these figures should be taken with a grain of salt.

The National Bank, which is obliged to utilise internationally recognised methodology, claims another figure: $3,080.6m in 2011-2015. This figure seems to be more relevant and indicative of the dramatic situation of FDI in Belarus.

According to official statistics, the major part of FDI in Belarus comes from Russia (46.4 per cent) and Cyprus (16.1 per cent). However, many suggest that this money originally comes from Russia and Belarus, given Cyprus’s well-known role in reinvestment.

One of the main obstacles mentioned by all participants was lack of property protection. Potential investors are wary of administrative pressure on owners, as well as possible nationalisation. The cases of the confectionery factories ‘Spartak’ and ‘Kamunarka’, which were nationalised in October 2012, provided justification for these fears.

The absence of a stock market represents a second important hurdle for foreign investors. It is very difficult to ‘come in’ to a company or evaluate its assets. Belarusian authorities tried to launch the IPO “Minsk Sparkling Wines Factory” in 2013, but this attempt enjoyed little success. Almost all experts claim that the full-fledged IPO will reveal a significant overestimation of Belarusian enterprises, as well as limited attractiveness to serious investors.

Unstable legislature and the general absence of rule of law feeds investors’ fear both for the security of their investments and the predictability of possible incomes. The generally unstable situation in the region only aggravates these anxieties.

The large share of property in the economy owned by the state (70-75 per cent) results in uncertain divisions between the government’s role as an owner and as a regulator. For example, the Ministry of Industry administrates many plants as a (co-)owner while simultaneously regulating legislature in this sphere. While nobody in Belarus supports complete privatisation, such conflicts of interest will result in privileged terms for state enterprises and unfair competition between the private and public sectors.

Foreign investors who already work in Belarus complain about the low qualification of Belarusian officials and the labour force in general. For example, in 2010-2012 Omani businessmen tried to buy a lot of land in the city of Minsk. According to them, even though they paid $3m in advance, they ended up receiving nothing, despite their previous agreement. Meanwhile, the Belarusian side claims that a manager simply absconded with the money. Such cases only confirm investors’ discontent with local personnel and with how the public administration system functions.

Much need to be done

Despite numerous advantages, serious obstacles continue to prevent Belarus from attracting serious foreign investors. Cases with Arab countries, as well as with China, prove that patronage networks and contacts between the leaders of authoritarian regimes are not much of a guarantee for raising FDI. Personal negotiations do not always result in significant investments. The authorities should therefore also work to improve their understanding of the needs and claims of potential investors.

Unfortunately, most obstacles are of a clearly political nature, as they help preserve the government’s control over society and the economy. In the face of a serious economic crisis, the Belarusian authorities should make a choice between different alternatives: either to preserve the political status-quo or to start reforms which would make the country more attractive for serious investors. 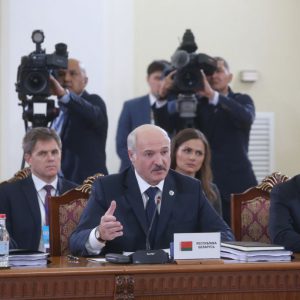 Lukashenka at the CSTO session in Yerevan. Photo: sb.by 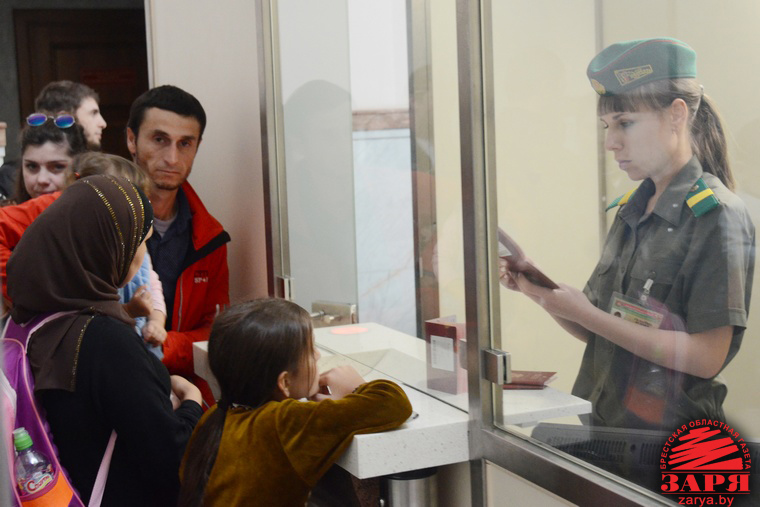