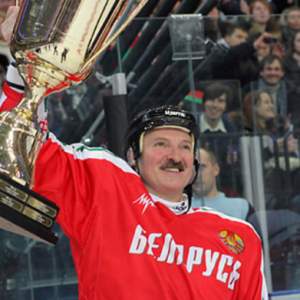 “Zero-first” and “the black helmet”

The Christmas tournament allows Lukashenka to bring together friends and colleagues. The organisers invite famous retired professionals either to play or to take a ceremonial part in the event. This year Phil Esposito, the Boston Bruins legend and a member of the NHL Hall of Fame, opened the match between China and Lukashenka’s team on 5 January. 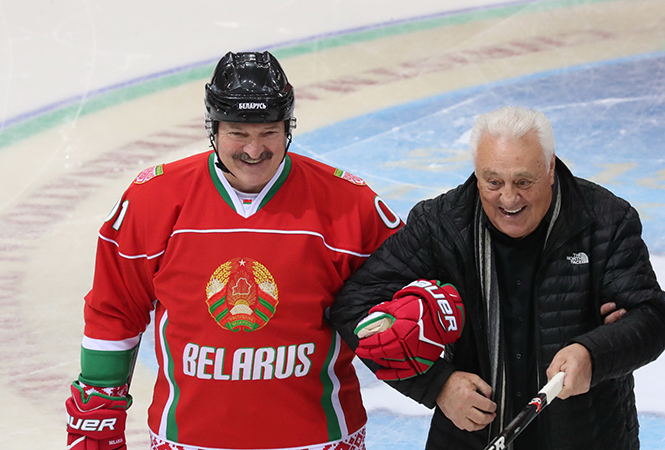 Besides these two teams, amateur players from Switzerland, the United Arab Emirates (UAE), the Czech Republic, Sweden, Russia and the Balkans took part in the event. Traditionally, Lukashenka plays in all his team’s games and this year he scored 6 goals. He even hit a hat-trick against UAE. The Belarusian leader clearly gets pleasure from playing hockey and being part of the winning team.

On the ice, Lukashenka can be identified by two special details. The number ’01’ adorns his shirt; nobody else in the country is allowed to wear a ’01’ shirt. The second detail – he is the only man in the country to play in a black helmet. This gave rise to two nicknames for the president widely used by Belarusians: “Zero-first” and “The Black Helmet.”

A unique moment occurred in this year’s tournament – for the first time Lukashenka was sent off for 2 minutes. During a face-off, the president fell onto an opponent from the UAE team. Belarusian media widely shared the amusing moment and it quickly became a popular internet meme. Many social media users joked about the fate of the referee (whether he kept his life) and claimed that “Belarus experienced freedom for 2 minutes”.

Traditionally, all the Christmas tournament matches draw almost a full house at the Čyžoŭka-Arena on the outskirts of the city. Neither the wide media coverage nor the popularity of ice hockey in Belarus explains this. Although entrance to the event is free, people do not want to watch low-quality friendly matches involving amateurs and veterans on work days.

To fill seats, Minsk school teachers take pupils to the matches instead of classes. Teachers trying to avoid the obligation may face problems at work. At the same time, some state enterprises distribute tickets among their employees, who are also obliged to go. Usually, they leave the arena after a couple of minutes of the game. Thus, if at the beginning of the match the stands are full, then after the first period one can easily count the number of spectators. 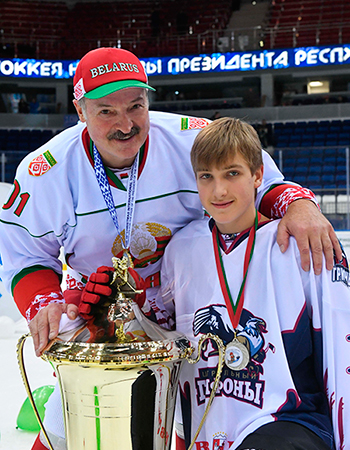 In fact, hockey proves not so popular in Belarus. The average attendance for championship matches stands at around 700 people per game. “Dinamo” Minsk, which plays in the Continental Hockey League (CHL) along with the best teams from Russia, Latvia, Kazakhstan, Finland, and China, represents an exception. “Dinamo” regularly attracts a full house at the Minsk Arena (around 15,000 people) and draws the best average attendance in the CHL. The level of competition, entertainment, and a top-notch arena explain its success in drawing attendances.

“Dinamo” includes players from various countries, but Belarusian nationals constitute its core. It twice qualified for the play-offs, but has never reached the semi-final stage. At the same time, some of its Canadian and American players received Belarusian passports, making them eligible to play for Belarus’s national team, which lacks good quality players. This usually causes a big wave of criticism from fans, who disagree with naturalization for the benefit of national sports teams.

From father to son

Returning to the Christmas tournament, one should emphasise that Lukashenka’s team won the competition for the 11th time in its history. The Russian team celebrated victory in the 3 other contests. At the end of the tournament, Lukashenka honoured the winners of the children’s hockey competition called “Golden Puck”. The top-scorer of the tournament was… surprise! surprise! Mikalai Lukashenka. His father handed him the prize, though his team lost the final match against other Minsk representatives.

Ice hockey has already brought success to Mikalai Lukashenka. Playing as a forward, he routinely wins awards as the best attacking player in youth tournaments. In December, the public learned that youth hockey coaches address Lukashenka’s son in the most respectful way possible – using his patronymic – “Mikalai Alexandrovich.” The joke runs that Belarus already has a prospective striker for its national team. One who will strike fear into all his opponents.

During 2017 Lukashenka drew attention to the results of Belarusian ice hockey teams several times. He characterised the situation the following way: “It’s a disgrace!” Moreover, Lukashenka appointed the Minister of Internal Affairs, Ihar Šunievič, to the position of president of the “Dinamo” Minsk club, which once again shows the importance of ice hockey to the country’s ruler. 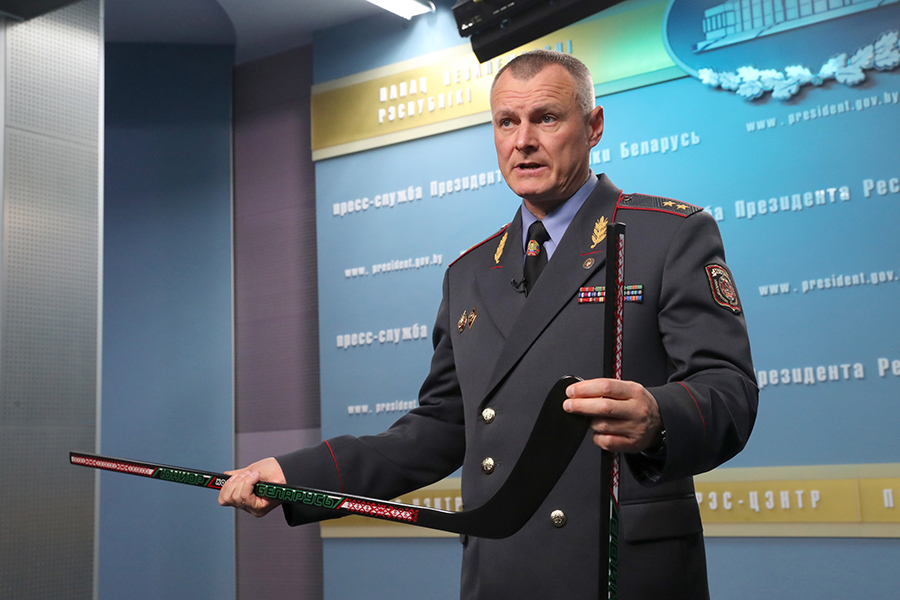 In summer 2017, after another call from Lukashenka, Šunievič offered to produce uniforms and equipment for children’s hockey schools in prisons. The president personally examined the first outputs produced by the prisoners, which impressed him. He gave some recommendations for modernising them. The officials plan to distribute hockey equipment, produced by the prisoners, in hockey schools across Belarus.

Today many Belarusians view ice hockey as “a circus” designed to entertain the president. Information about Belarusian ice hockey clubs and the national team losing matches have become the target for trolling and mockery among Belarusians. Preparations for the 2021 World Championship in Minsk and Riga meet a wave of criticism for the same reasons. 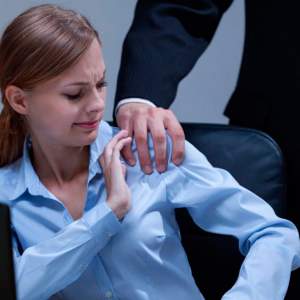 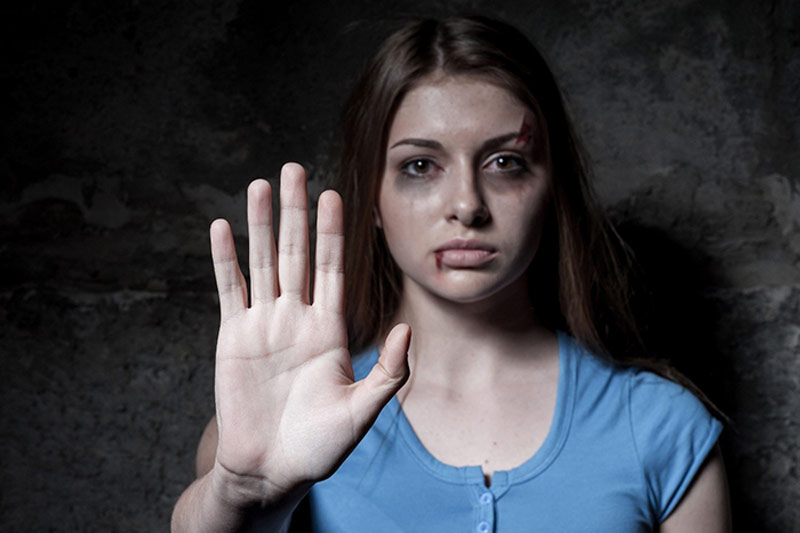 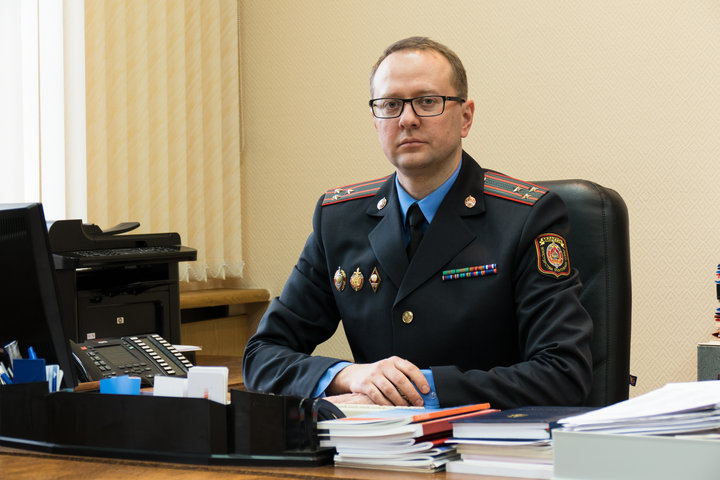 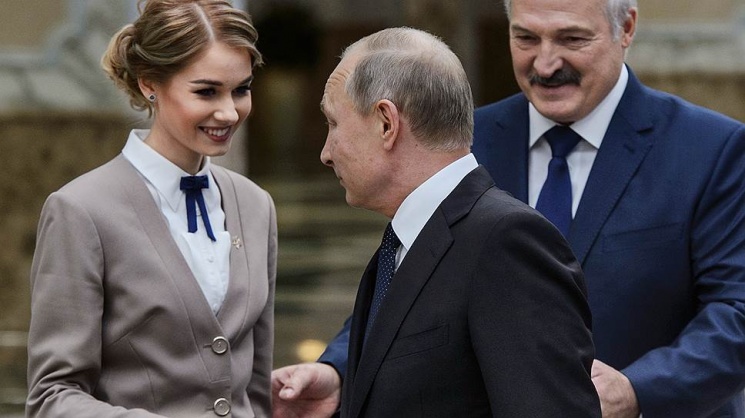 Discussions in the media reflected the ambiguous response of the Belarusian society to these accusations, doubting the credibility of the victim and accusing her of attempts to ruin Ščerba’s career in exchange for self-promotion. Such reactions are also revealing why none of the Belarusian women had the courage to admit the facts of harassment by celebrities.

On 12 January 2018, the independent Naša Niva newspaper published an article by Kaciaryna Karpickaja, reflecting on the #MeToo campaign and telling a story of sexual harassment at a Belarusian State University. Its female graduates shared stories on Facebook about one of the professors, who used to make vulgar jokes and made female students line up according to their breast size.