Despite all of Minsk's efforts to present itself as a neutral country, some of its neighbours doubt not only its neutrality but even its sovereignty and commitment to peace. On 5 June, Lithuanian president Dalia Grybauskaitė described Belarus as... 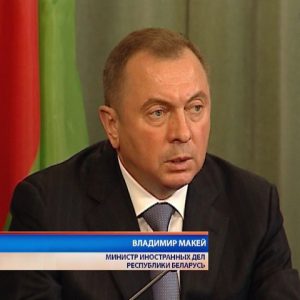 Despite all of Minsk’s efforts to present itself as a neutral country, some of its neighbours doubt not only its neutrality but even its sovereignty and commitment to peace. On 5 June, Lithuanian president Dalia Grybauskaitė described Belarus as a threat to the region; meanwhile, her foreign minister repeatedly alludes to the ‘remnants of Belarusian sovereignty.’

Speaking on 19 June at the Ostrogorski Forum, Ukrainian Ambassador to Belarus Ihor Kizima criticised Minsk for refusing to allow foreign observers to monitor a Belarus-Russian-Serbian military exercise in Belarus near the Ukrainian border earlier this month. Kyiv put its army on higher alert because of the exercise.

Belarus’s neighbours are voicing their concern with Minsk’s foreign policy. On 2 June, Belarusian foreign minister Uladzimir Makey admitted that it is difficult for Belarus to balance between different sides in the current confrontation involving Russia given ‘how far all sides have gone in militant rhetoric and mutual accusations.’

Belarus as part of ‘Greater Russia’ 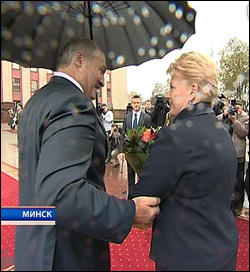 Lithuania has been the source of the harshest criticism of Minsk in recent years. In an interview to LRT Radijo on 5 June, Lithuanian president Dalia Grybauskaitė described the main ‘challenge and threat’ to the Baltic states and Poland as:

the presence of Russia and Belarus to our east. Certainly… the militarization we see in Kaliningrad, the use of Belarusian territory for various experimental and aggressive games directed against the West. Including the upcoming military exercise [West-2017].

These controversial statement caused protests in the Belarusian foreign ministry. Vilnius, however, refused to apologise or modify its remarks. Foreign minister Linkevičius only reiterated the words of the president.

Earlier, speaking to the Belarusian service of Radio Free Europe on 31 May, Linkevičius voiced his concern over the West-2017 exercise by pointing out: ‘Belarus is completely integrated with Russia. 4,000 train wagons will bring a huge amount of weapons and military equipment to Belarus.’ Moreover, Linkevičius pointed to the length of Lithuania’s borders with Russia and Belarus and stated: ‘that would be almost one thousand kilometres of frontier with ‘greater Russia’ and huge amounts of weapons for this exercise.’ The Lithuanian minister insisted that Russian troops would probably remain in Belarus.

Linkevičius believes that the Belarusian government should realise the dangers of the drills ‘if it wants to preserve a fragment of its sovereignty.’ Earlier this year, Linkevičius had already spoken with Deutsche Welle about ‘Belarusian sovereignty, what remains of it’, causing a harsh reaction from the Belarusian foreign ministry. Nonetheless, he is once again dismissing Belarus’s ability to act autonomously.

This dismissive stance towards Belarusian independence seems to be widespread among the Lithuanian political establishment. On 24 May, former Lithuanian defence minister Rasa Juknevičienė commented on the forthcoming military exercise to Belarusian internet portal TUT.by: ‘I have only one question about this. How much sovereignty does Lukashenka have, how much sovereignty has he kept for himself?’

I want to say that many experts, not only in Lithuania, believe that Belarus is not a sovereign military force. Personally, I have more hope than representatives of other states who have forgotten that Belarus is sovereign and consider it a part of Russia.

Meanwhile, Vilnius also dismisses the Astravets nuclear power plant project as ‘not Belarusian’. Belarus is building the plant near the Lithuanian border with the participation of the Russian corporation Rosatom. Regarding Astraviets, Lithuanian foreign minister Linkevičius stated on 31 May: ‘We cannot allow them [the Belarusian authorities] to do whatever they wish. It’s not even them, since it is a Russian project, Russian money and technologies.’

On 16 June, an interview was published with Lithuanian environment minister Kęstutis Navickas, who effectively repeated the words of Linkevičius. The Lithuanian officials call the Astraviets NPP ‘a geopolitical weapon’ and the Lithuanian parliament adopted a law earlier this month calling on the Belarusian government to stop the construction of the Astraviets NPP.

Leaving the door open for Minsk

It remains unclear whether Belarus’s other neighbours are equally dismissive of Belarusian neutrality, peacefulness, and sovereignty. However, there are some signs that their approach is milder. Hannes Hanso, chairman of the foreign affairs committee of the Estonian parliament and former defence minister of Estonia (2015– 2016), visited Minsk recently to discuss the West-2017 exercise.

As he commented to TUT.by: ‘Belarus is effectively our neighbour. I think I can say for sure that none of the Baltic countries feels that a threat comes from Belarus.’ He welcomed Belarus’s willingness to invite NATO observers and doubted the truthfulness of the rumours that Russian troops would stay in Belarus after the exercise.

Likewise, on 31 May, Andis Kudors, executive director of major Latvian think-tank Centre for East European Policy Studies and a member of the Foreign Policy Council of Latvia’s Foreign Ministry, presented a book on Belarusian foreign policy and stated:

The Belarusian authorities have limited opportunities to manoeuvre. It is important for Western countries to be cautious. When Lukashenko is bargaining for energy prices with Moscow, he is looking towards Europe. On one hand, we must keep the doors open, while on the other hand we must not be naive, so as not to become an argument in the game of Minsk and Moscow. I think that now it is not only bargaining.

Minsk is taking measures in the military sphere to make its position credible and remain on the sidelines of the spat between Russia and its opponents. In an article in the Belarusian military daily Belorusskaya Voennaya Gazeta on 12 May, the head of the international military cooperation department of the Belarusian Defence ministry, Major General Aleh Voinau, along with his deputy Colonel Valery Ravenka, emphasised the development of cooperation with neighbouring countries and only marginally mentioned the deployment of NATO troops there. 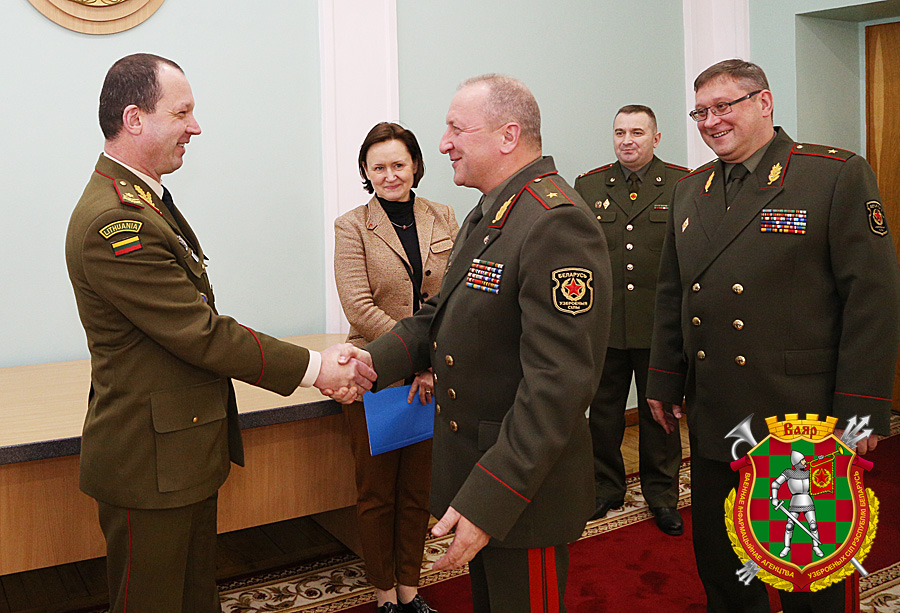 Regarding Lithuania, they mentioned a visit of the former head of staff of the Lithuanian armed forces, Vilmantas Tamošaitis, to Minsk. He met with the head of Belarusian General Staff, Aleh Belakoneu, resulting in ‘a not easy, but open exchange of opinions on the development of the military-political situation.’

In the current charged atmosphere of confrontation in the region, Minsk does whatever it can to be friends with everybody. As a result, nobody is happy. Belarusian efforts to remain neutral on a number of issues already caused an uproar in the right-wing segment of the Russian political establishment. Evgenii Satanovski, a political commentator close to the Kremlin, named Belarus as a member of an ‘alliance of back-stabbing nations.’

Minsk’s efforts have failed to please at least some of its non-Russian neighbours, too, which would like to see Belarus distance itself more clearly from Moscow. The Belarusian government, however, can hardly pursue a policy other than a very cautious and incremental build-up of neutrality if it wants to survive as an independent state.

Live: Ostrogorski Forum 2017. Belarus in the new environment: challenges to foreign policy, security, and identity after 2014 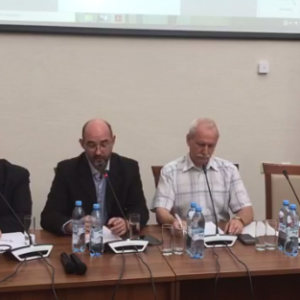 On 19 June 2017 the Ostrogorski Centre is holding a conference on the challenges to the Belarusian political and economic model in the new international environment, possible ways to prevent further deterioration and find solutions to major problems. The issue will be considered in the three aspects: foreign policy, security and identity.

The conference promotes the development of professional and respectful dialogue between experts with different political views. Each panel includes experts from both pro-government and independent community with journalists of leading Belarusian mass media as moderators.

The conference offers live broadcast. Videos from the conference will be spread among the stakeholders, including state bodies, media, and civil society organisations.

Agenda of the 2017 Ostrogorski Forum:

Panel 1. Normalisation of relations between Belarus and the West after 2010: problems and results

Siarhiej Kizima, Academy of Public Administration under the President of Belarus

Panel 2. National security and defence policy of Belarus in the conditions of economic crisis and rising international tension: achievements and failures

Panel 3. The official policy of identity after 2014: was there a ‘soft Belarusianisation'?