In April, analysts at the Ostrogorski Centre discussed the results of negotiations between Putin and Lukashenka in Saint Petersburg, ways to respond to continuing political repression in Belarus, prospects for Belarusian-Turkmen relations, and achievements of Belarusian-Chinese cooperation over the... 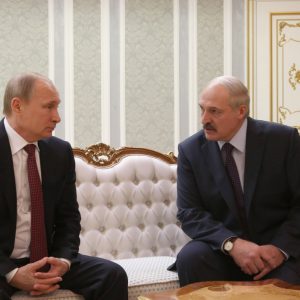 In April, analysts at the Ostrogorski Centre discussed the results of negotiations between Putin and Lukashenka in Saint Petersburg, ways to respond to continuing political repression in Belarus, prospects for Belarusian-Turkmen relations, and achievements of Belarusian-Chinese cooperation over the last 25 years

The Centre, together with the KCL Eurasia Society and KCL Diplomacy Society, hosted a public discussion entitled ‘Between East and West: What’s next for Belarus?’

We have also added new profiles and updated existing ones on our BelarusProfile.com database of influential people in Belarus.

Siarhei Bohdan discusses what Russia got in exchange for gas and oil concessions. Moscow wants closer collaboration with Minsk in the spheres of security and foreign policy. The two governments clearly chose to resolve the issues critical to each of them: Russian gas and oil supplies for Minsk, Belarusian security and foreign policy cooperation for Moscow. Nevertheless, numerous other issues continue to undermine relations with Russia. Now, even leading experts in the Belarusian government doubt the utility of Moscow-led Eurasian integration in its current form.

Alesia Rudnik writes about a ‘game’ called ‘blue whale’, popular among youngsters across the post-Soviet space. The game consists of 50 dangerous quests potentially culminating in suicide. Belarusian law enforcement services have initiated two criminal cases after two Belarusian youngsters attempted to commit suicide while playing the game. Nevertheless, a direct correlation between teen suicides and the game remains difficult to draw. The hyperbole surrounding the game in the media is not evidence of the game’s existence in real life. Under such circumstances, it is important that control of social media does not turn into censorship.

Igar Gubarevich analyses the prospects of Belarusian-Turkmen relations after plans for a plant in Garlyk came to an end. The plant, which is worth over $1bn, and is capable of producing up to 1.4m tonnes of fertiliser per year, has become the flagship project for Belarusian-Turkmen cooperation. However, as trade turnover continues falling and Turkmens remain unsatisfied with Belarus’s role in the Garlyk project, the future of bilateral relations remain a big question.

Between East And West: What’s Next For Belarus? (Podcast) 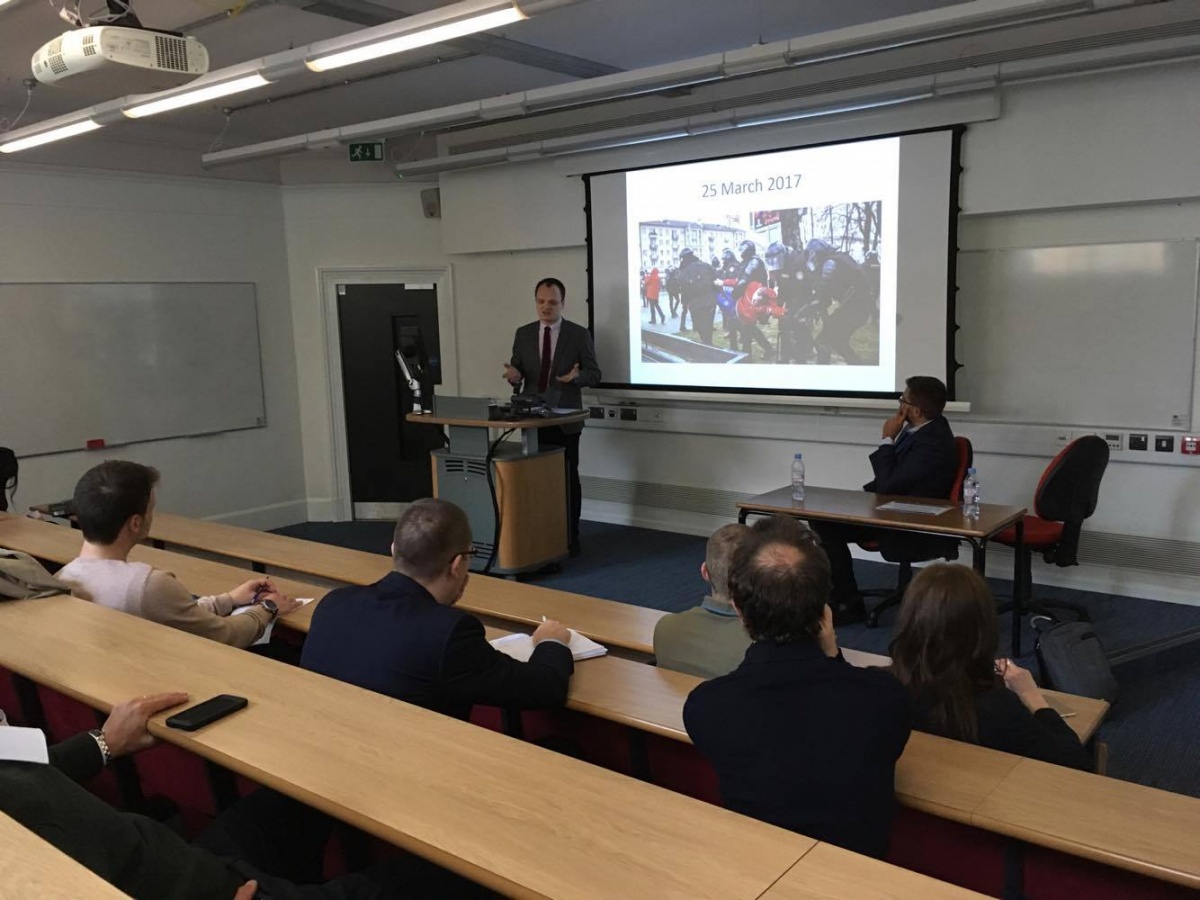 Events unfolding in Belarus have recently been headline news for major international news outlets because of the massive protests against president Lukashenka. Unlike in Ukraine, however, protests in Belarus have yet to lead to political change.

The Kings College London (KCL) Eurasia Society, KCL Diplomacy Society, and the Ostrogorski Centre hosted a public discussion entitled ‘Between East and West: What’s next for Belarus?’ on 12 April 2017 in London. The discussion featured prof. Yarik Kryvoi, founder of the Ostrogorski Centre, and Dr. Alex Kokcharov, Principal Analyst with IHS Markit Country Risk. The podcast of the discussion and a list of key issues discussed are available here.

Siarhei Bohdan comments on achievements in Belarusian-Chinese relations over the last 25 years for Polish Radio. Since the early 2000s, Minsk has relied heavily on China, which it expects to become a major superpower in the long-run, thus ensuring a good position for Belarus. China is also important as a counterbalance to Russian influence. However, Moscow dislikes the openly pro-Chinese rhetoric of Minsk. Meanwhile, Belarus continues to have a large negative trade balance with China.

On Polish Radio, Alesia Rudnik talks about the dangerous online game ‘Blue Whale’, which has become widespread in social networks in the post-Soviet space. The game has resulted in a number of suicides, but the scale and consequences of its spread in Belarus remain unknown.

Siarhei Bohdan discusses the results of the negotiations between Lukashenka and Putin on 3 April on Radio Liberty. Moscow sees the military exercise West 2017 as an important move in its spat with the West, while Minsk would like to minimise the effects of the show, and is eager to make the drills as transparent to the West as possible. The two sides also discussed strengthening their joint air defence system as Russia becomes increasingly concerned with defence in the Western direction. 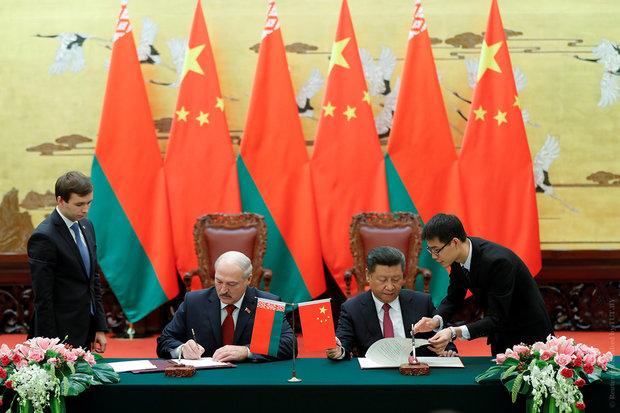 Ryhor Astapenia on Radio Liberty discusses what concessions Russia wants from Belarus and which of them the Belarusian government is ready to offer. Recent talks between Lukashenka and Putin have not been successful, and the parties keep returning to the old conditions which existed before the energy dispute. Russia has little interest in acquiring Belarusian companies. Belarus is also losing its significance for Russia in the political and security fields, and the Kremlin is not as willing to support its ally as before.

On Polish Radio, Yaraslau Kryvoi talks about the EU’s policy towards Belarus. Europe should continue its policy of engagement, but at the same demonstrate its willingness to bring back sanctions if Minsk continues to violate human rights. The EU should also draw a line between policy towards the authorities and Belarusian citizens, since citizens of Belarus can not freely elect their government.

Igar Gubarevich discusses the West’s reaction to a new wave of political repression in Belarus on Polish Radio. These events came as a surprise to Western diplomats and politicians, and their first reaction was very cautious. According to Igar, the West must call a spade a spade and speak openly about human rights violations. Such actions of the authorities are unacceptable if Belarus wants to have good relations with Europe. 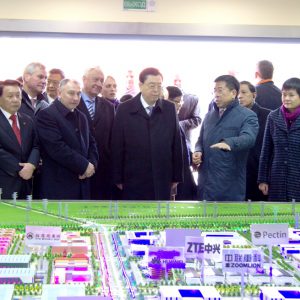 Next month, Belarusian leader Alexander Lukashenka will head for China. While he remains isolated in the West, this will be his tenth visit to Beijing. Addressing the Belarusian parliament on 21 April, Lukashenka gave much attention to Belarusian-Chinese relations and Belarus's key role in the Chinese 'Silk Road' project.

Economic relations, however, have been somewhat rocky. The trade balance remains hopelessly unfavourable for Belarus. Even the pet project of the Belarusian leadership – a joint industrial park near Minsk – remains almost empty.

Lukashenka is taking every opportunity to meet with Chinese leaders. In September 2016, he paid a full-scale state visit to Beijing. Not much later, on 14-15 May, the Belarusian leader will attend the international forum of 'One Belt, One Way' (the Silk Road project) in Beijing.

For Minsk, contacts with Beijing are a useful tool in its complicated balancing act between the West and Russia.

For instance, talking on 20 April to Valeriy Shantsev, the governor of Nizhni Novgorod Province in Russia, President Lukashenka lashed out at the 'fabrications' in the Russian media concerning Belarusian-Russian relations, and made ambiguous hints talking about China's role. According to him, speaking about credit loans granted by foreign countries to Belarus:

It is not Russia which holds the first place on these matters, the first place belongs to the People's Republic of China. It provided us with a credit line of about $15bn for projects to be implemented in Belarus, we have not yet used it in full. Most importantly, they do not reproach us for helping us.

Persuading the Chinese to buy Belarusian

Meanwhile, Belarusian officials have publicly articulated several problems with Belarus-Chinese economic collaboration. Belarusian prime minister Andrei Kabyakou, meeting the Chairman of the Standing Committee of the National People's Congress of China Zhang Dejiang, stressed: 'It is now time to bring our economic relations to as high a level [as political relations].' President Lukashenka told the visiting Chinese official more bluntly that he was 'very concerned' because of the lack of balance in bilateral trade. 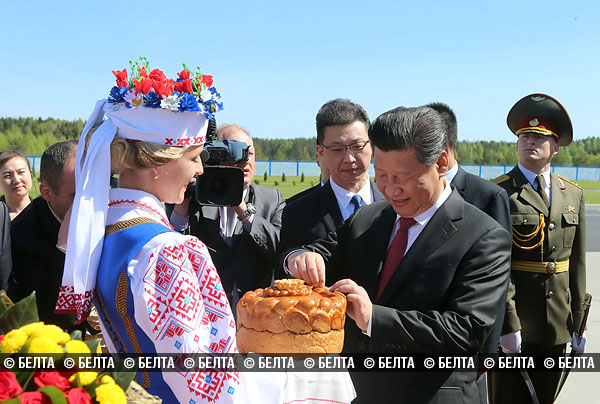 For more than a decade, Belarus has suffered from a huge trade deficit with China. Belarusian and Chinese officials have discussed the problem on numerous occasions and it has been a subject of public discussion at least since 2015. Nevertheless, there have thus far been no results. Thus, last year the value of Belarusian commodities export to China made up $468.3m, while imports reached $2,114m.

The widely-publicised Belarusian-Chinese joint industrial park project near the Minsk airport perfectly illustrates the difficulties which persist in bilateral relations.

So far, just eight firms have registered there. As of mid-April, only three Chinese firms have started constructing their factories there.

Shapira even went to China in early April to look for solutions to the Park's problems. Although he admits that 'there are not many businesses eager to come [to the Park]' he promptly assured 'there is no catastrophe.'

However, the situation is highly precarious, as the case of Weichai Power – a major Chinese engine-manufacturing company – demonstrates. Last October, Belarusian industry ministry Vitali Vouk announced that Weichai Power signed a memorandum with Minsk regarding joint production of its diesel engines at Great Stone Park.

If implemented, the project would have brought significant gains to both countries. Belarus expected the new joint production line to give a boost to major national enterprises like Minsk Motor Plant (MMZ) and Minsk Automobile Plant (MAZ). China obviously wanted access to the markets of the Eurasian Economic Union.

However, on 19 April, the Russian daily Kommersant reported that the Chinese were considering another option – organising a joint venture with the Russian KamAZ. According to the Russian newspaper, Weichai Power's project in Belarus had failed to take off. 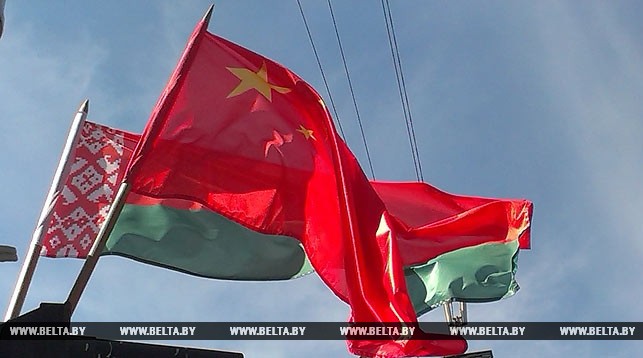 Representatives of the Great Stone Park administration immediately refuted these claims and insisted that the project was advancing. The next day, the Belarusian embassy in Beijing quoted a representative of Weichai Power saying that the firm was sticking to its plans to launch production in Belarus. Moreover, according to him, Weichai Power's joint project with KamAZ would not impact Weichai Power's cooperation with the Belarusian MAZ, a long-time rival of KamAZ.

At any rate, Weichai Power is still not on the list of companies registered in the Park. What's more, given earlier criticism of the idea to establish a joint production of Chinese cars in Belarus by Russian ambassador Aleksandr Surikov, this story looks very much like another case of Moscow's interests colliding with Minsk's.

The Great Stone project is – however slowly – advancing, too. Thus, on 15 April, the construction of a $45m-factory for the Chinese Zoomlion corporation started in the Park. Zoomlion is a large Chinese firm manufacturing construction machinery and sanitation equipment or, as Financial Times put it, 'China's answer to Caterpillar.'

Zoomlion has already founded a joint enterprise with Belarusian MAZ, and the two firms plan to instal Chinese equipment and machinery on a Belarusian MAZ chassis. The Chinese reportedly have plans for two production sites in the country: in the Great Stone Park and in an existing plant in Mahilyou. 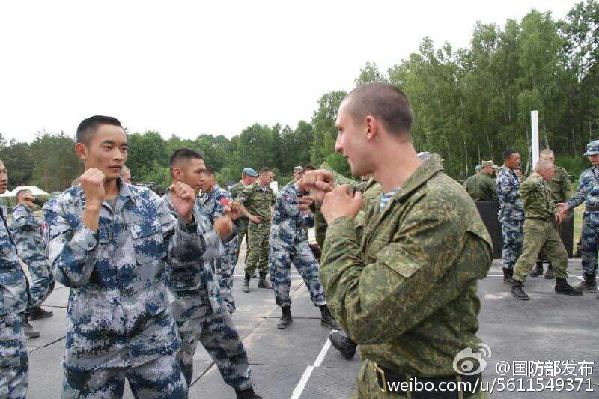 Cooperation with China remains a challenge for the Belarusian government. In the early 2010s, some oppositional activists, experts, and various media sources made gloomy predictions about possible massive Chinese settlement in Belarus by means of the Great Stone Park. These proved baseless, as the park, like many other Belarus-Chinese enterprises, suffer from the opposite problem: lack of Chinese interest.

Political relations prove to be difficult to translate into economic cooperation. By cooperating with China, Minsk could advance its neutrality model masked as 'multi-directional' foreign policy, yet the Belarusian economy sets limits for how far this policy can go. And it is the Belarusian economy which the Chinese are most hesitant about. Minsk hopes that in the future this can change, as China becomes a global power.